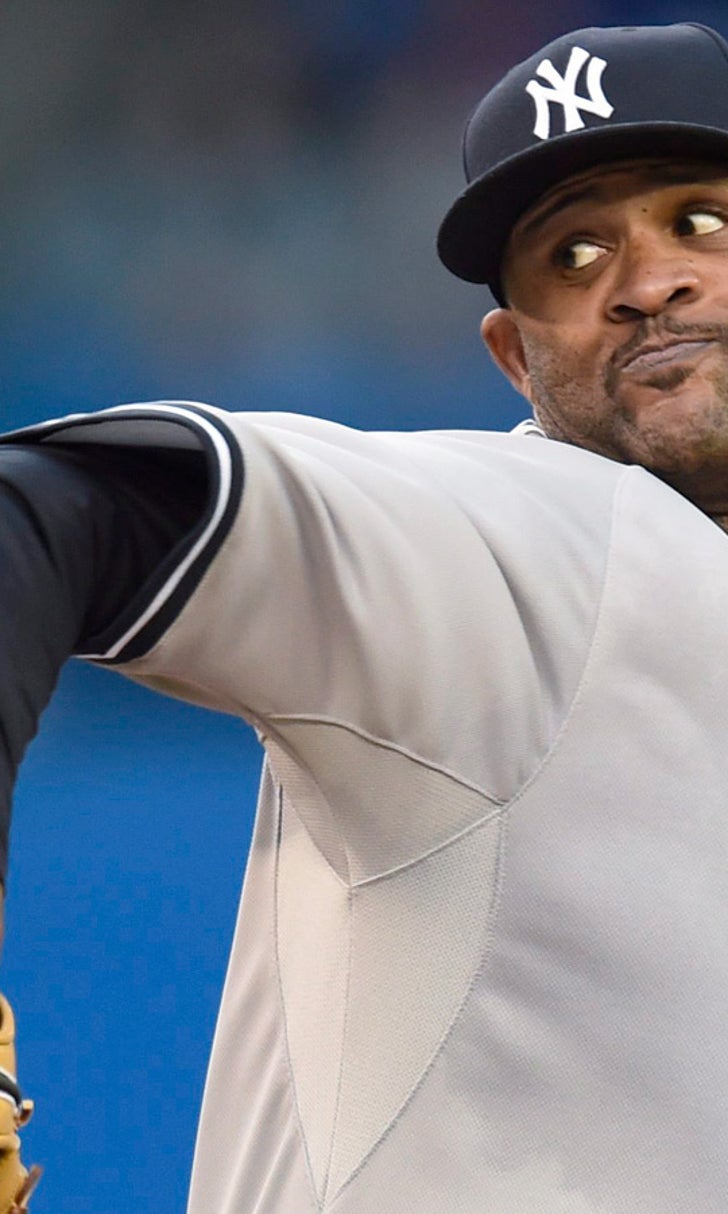 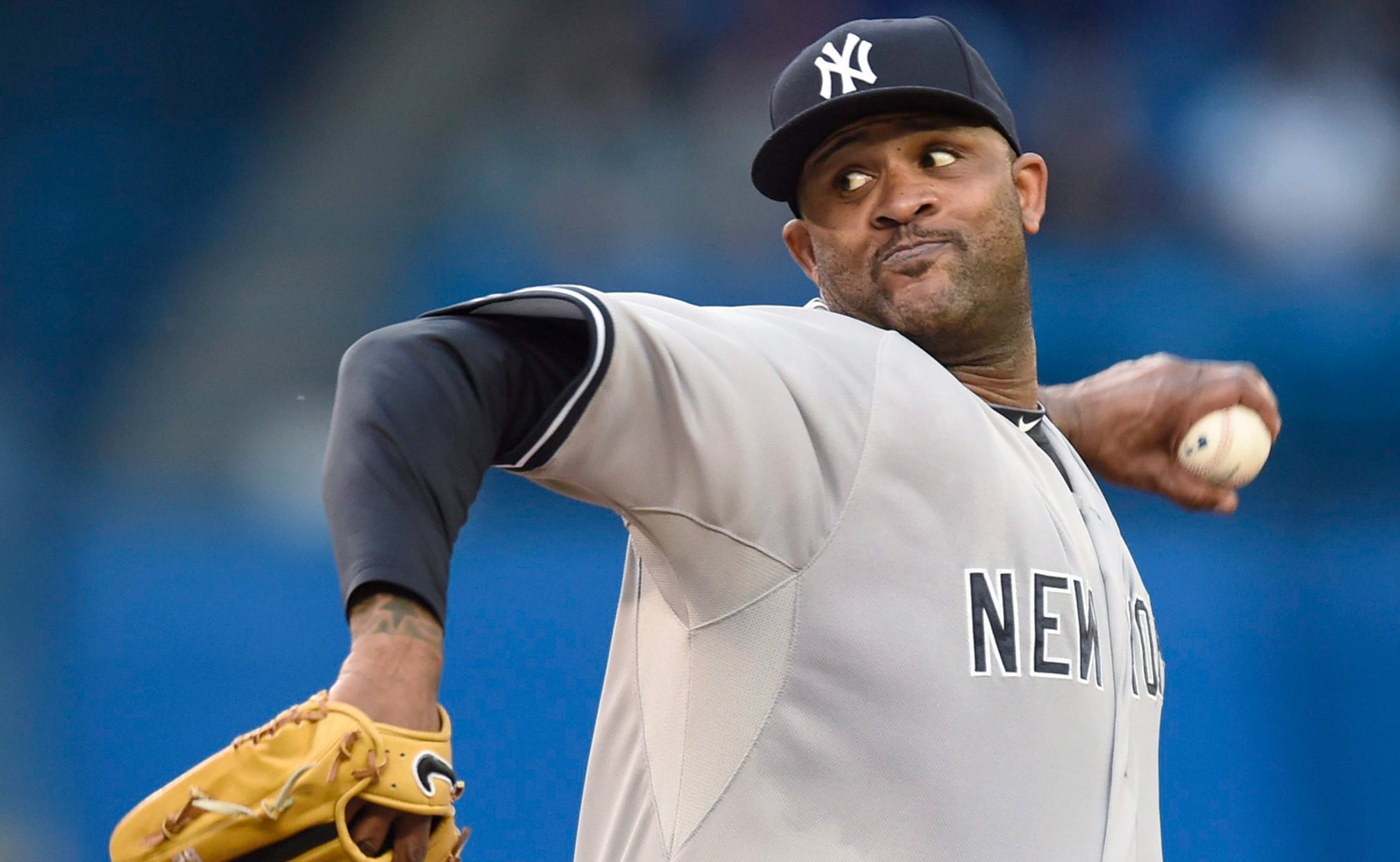 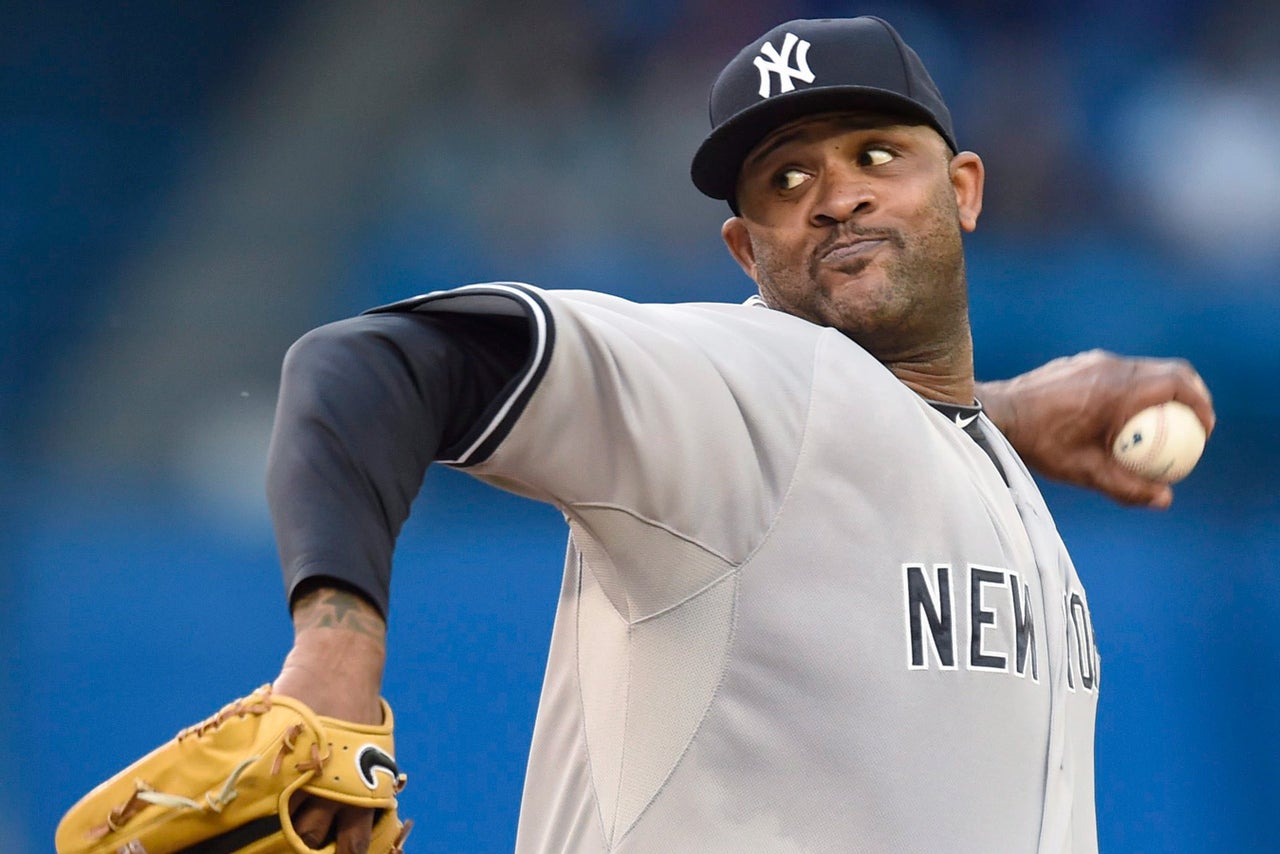 CC Sabathia is stuck in the longest losing streak of his career, and his offense isn't doing a whole lot to help him snap out of it.

Russell Martin homered, Mark Buehrle earned a victory over the Yankees for the first time in more than 11 years and the Toronto Blue Jays beat New York 5-1 on Wednesday night.

Sabathia (0-5) remained winless in six starts, allowing four runs and nine hits in 6-1/3 innings. The left-hander has received only one run of support in four of his outings this season, and 13 total runs in his six starts.

"Carrera killed me today," Sabathia said. "It's just so frustrating to give up a two-run single to a lefty 9-hole hitter."

Sabathia has lost seven straight decisions over nine starts dating to last season. His most recent victory was a 14-5 win at Boston on April 24, 2014.

Martin lined a single off Sabathia's backside to begin the fourth, went to second on a balk and scored on a one-out single by Chris Colabello.

New York loaded the bases with two outs in the fifth, but Buehrle escaped when Teixeira grounded out on the first pitch.

"That's the difference in the ballgame," Girardi said. "We didn't get the hits with runners on, they did."

Martin extended Toronto's lead with a one-out homer in the bottom half, his seventh. Martin has homered in each of the past four games he has started.

Buehrle (4-2) allowed one run and six hits in five innings. He walked one and struck out three.

"We're excited for (Buehrle)," Blue Jays manager John Gibbons said. "He got the monkey off his back tonight."

Martin went 3 for 4 and Chris Colabello had a career-high four hits as the Blue Jays took two of three from the AL East-leading Yankees.

In Buehrle's only previous win over the Yankees, he allowed two unearned runs over eight innings in his first career start at Yankee Stadium. That game came just over a week after New York had returned from a season-opening series in Japan.

"I don't remember anything about it," Buehrle said. "I can't remember what happened last week."

Sabathia didn't flinch after being struck by Martin's liner. "Last year I probably would have went down but I've got enough padding back there now so I feel good," he said.

The roof at Rogers Centre was open for the first time this season.

Yankees: OF Brett Gardner (stiff neck) was held out of the starting lineup and was replaced by Chris Young. Gardner said he hopes to return Thursday. ... 3B Chase Headley returned after sitting out Tuesday with a sore lower back. ... The Yankees placed INF Gregorio Petit (bruised right hand) on the 15-day DL and activated INF-OF Jose Pirela off the DL.

Blue Jays: SS Jose Reyes (left ribs) ran on the field before the game but has yet to resume hitting. He's scheduled to undergo an MRI in the next few days.