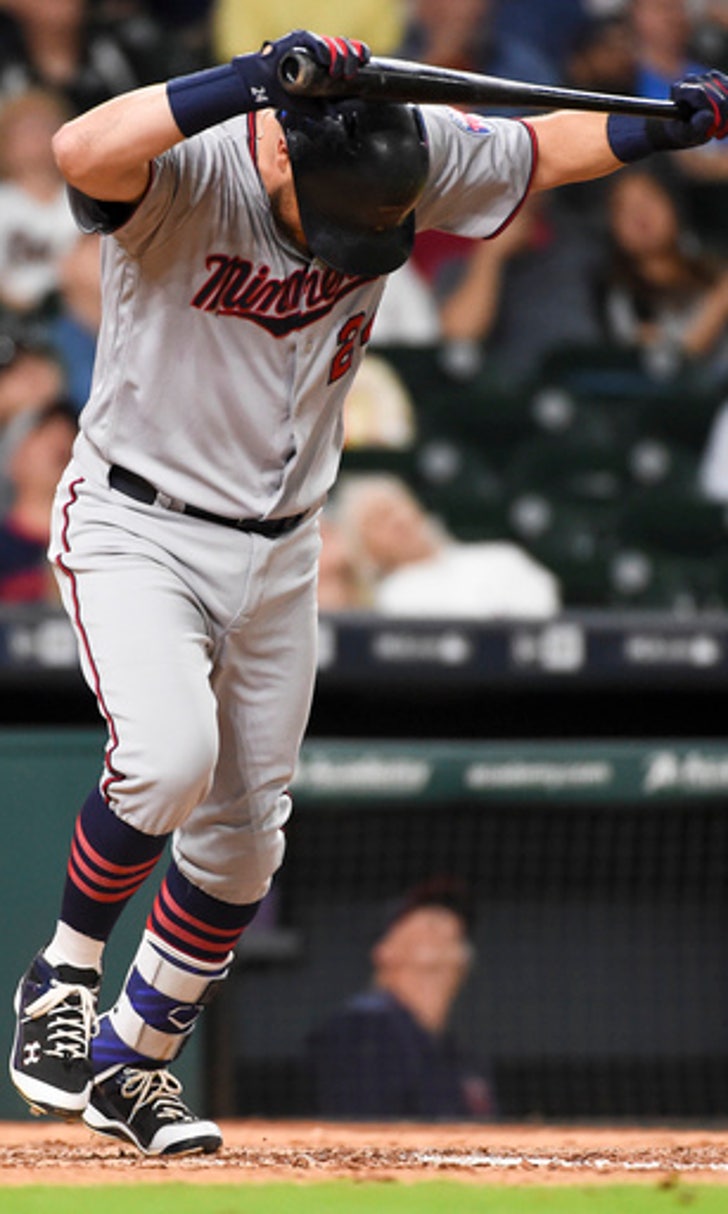 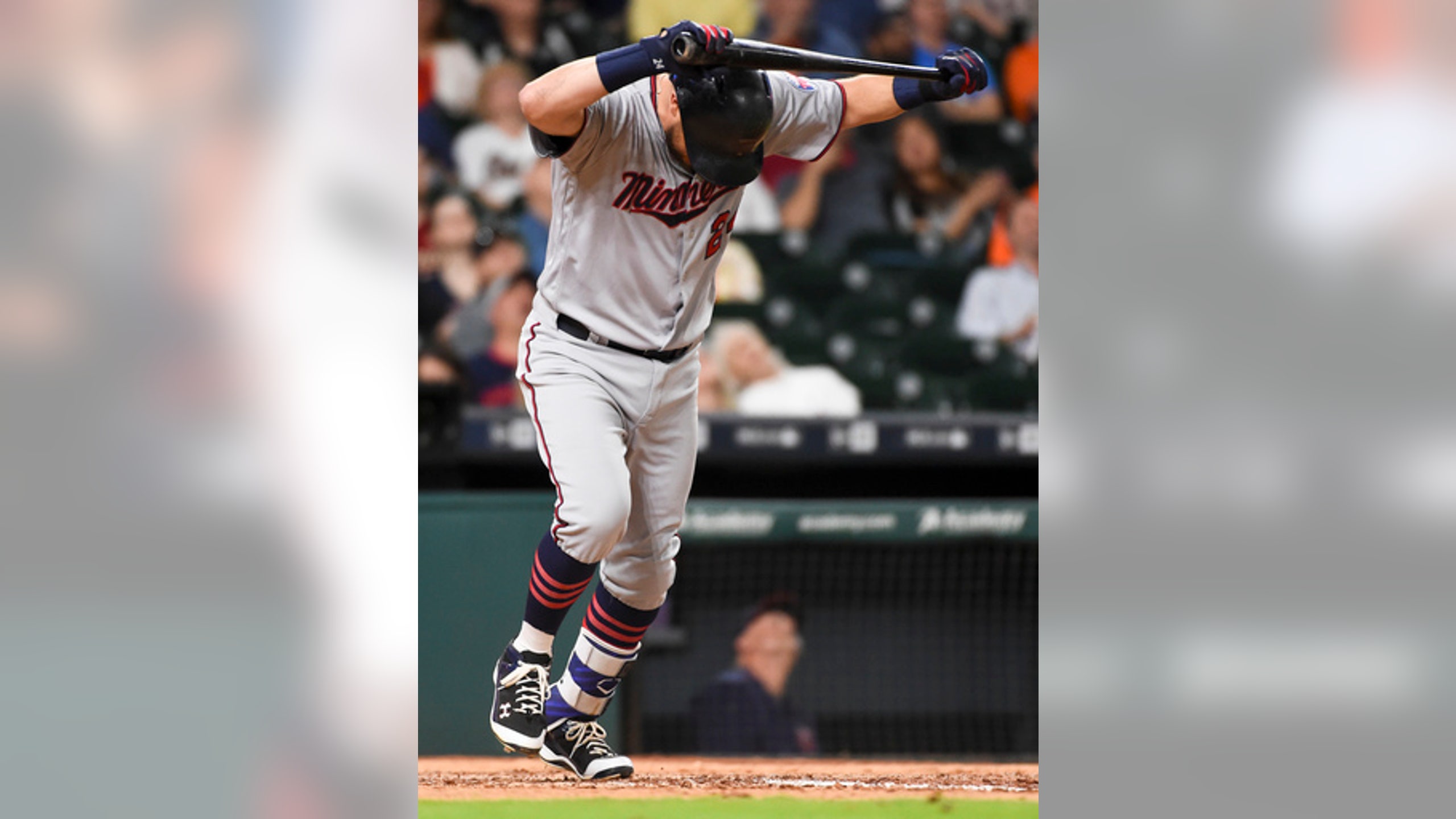 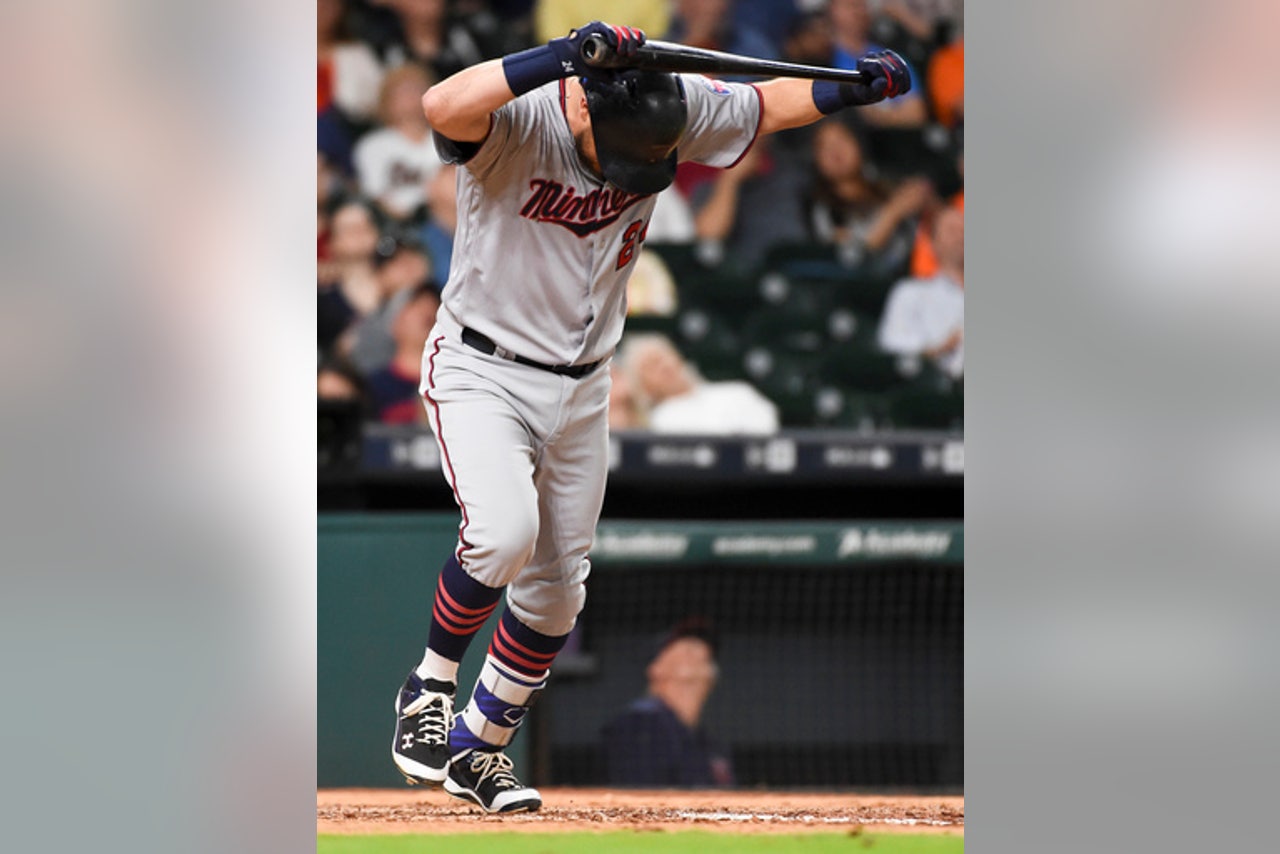 HOUSTON (AP) The Houston Astros got back to their way of winning Tuesday night - using walks and home runs to support their pitching.

Jason Castro and George Springer hit homers and the Astros held on for a 6-4 victory over the Minnesota Twins.

Castro hit his first homer of the year to lead off the three-run third inning, and Springer hit a shot that bounced off the railroad tracks in left field and out of the stadium to cap the three-run fourth.

''We've been able to not quit and at least stay in games and come back in some,'' Springer said. ''That's a good sign. Obviously, stuff hasn't been ideal for us, but it's a long year. Slow grind.''

Castro's home run was knocked down by a fan and never made it over the wall into the Crawford Boxes, but it was called a homer, and after a lengthy review, it was confirmed.

Jose Altuve and Springer walked after Castro's blast before Carlos Correa knocked an RBI double and Alex Meyer (0-1) uncorked a wild pitch to score Springer and give the Astros a 3-2 lead.

Carlos Gomez, who was out of the lineup the last three games with a sore rib cage, had two doubles and scored on a balk by Tommy Milone to make it 4-2 before Springer's sixth home run of the year.

''That situation there to get it to a four-run lead was clutch for us,'' Springer said. ''I'm just happy that we won and we showed that we can walk and hit and be who we are.''

Collin McHugh (3-3) gave up four runs and seven hits with six strikeouts in 5 2/3 innings. The right-hander won his second straight start after losing three of his first four outings.

''I think our collectively being able to control damage and not giving up more than one run in an inning and then also on the other side of the ball controlling the strike zone on a few walks, coming up with a couple bit hits is a pretty good recipe for a win tonight,'' Houston manager A.J. Hinch said.

Danny Santana led off the game with a home run off the right field foul pole. It was his third career leadoff homer but first since July 31, 2014. Byung Ho Park hit an opposite-field upper deck solo home run in the sixth to cut the lead to 6-4.

Joe Mauer extended the Twins' lead to 2-0 with an RBI groundout in the third. Brian Dozier had an RBI single in the fifth.

''We got off to a good start, but we didn't capitalize in that first inning and only got one,'' Twins manager Paul Molitor said. ''We did some good things but missed some chances. We couldn't get back in the game.''

Meyer, who was making the first start of his career, lasted just 2 2-3 innings, allowing three runs and three hits with four strikeouts and three walks.

Twins: 3B Trevor Plouffe (right intercostal strain) was activated from the 15-day DL before the game and started. He went 0 for 4. ... RHP Ervin Santana (lower back strain) threw a 30-pitch simulated game Tuesday. Santana looked good and would likely come off the DL and start Saturday, Molitor said, adding that Santana would likely be on a pitch count for the start.

Twins: RHP Phil Hughes (1-4) will look to rebound from his last start where he was tagged for four runs in five innings when he takes the mound Wednesday in the finale of the series.

Following the game, Meyer was optioned to Triple-A Rochester. The Twins recalled RHP J.R. Graham, who will join the team Wednesday.

Springer homered in his second straight game, marking the sixth time in his career he has done that. . Mauer walked in the first and has reached base safely in all 27 games this season, which marks the longest streak in the majors to start 2016.