Cardinals-Pirates game rained out after 2 innings

Rain has wiped out Tuesday night's game between the St. Louis Cardinals and Pittsburgh Pirates.

The storm hit at the end of the second inning with the Pirates leading 4-2, and the game was called after a delay of 1 hour, 24 minutes. No makeup date was immediately announced.

The cancellation allows St. Louis starter Jake Westbrook to reset his ERA to 0.00. The right-hander has struggled against the Pirates in his career, and Pittsburgh turned five consecutive singles in the first inning into four runs.

Pittsburgh starter Jonathan Sanchez - who came in with a 12.96 ERA - allowed two runs in the first inning but retired the side in order in the second.

Matt Holliday had an RBI single for St. Louis. Garrett Jones, Neil Walker and Pedro Alvarez all had RBI singles for Pittsburgh. None of it will count, however, and the game will be replayed in its entirety.

The cancellation allows Pittsburgh's depleted bullpen to get a needed day of rest. The Pirates called up reliever Vin Mazzaro from Triple-A Indianapolis on Tuesday for some help after starter James McDonald managed to get through just 1 1-3 innings in a 10-6 loss to the Cardinals on Monday, forcing long relievers Justin Wilson and Bryan Morris to work a combined 6 1-3 innings.

Pittsburgh manager Clint Hurdle hoped Sanchez - who made the team out of spring training as a non-roster invitee - would be able work deep enough to get to the setup guys. It hasn't been the best start to the season for the left-hander. He was roughed up by Arizona in his previous start, allowing nine runs in 3 1-3 innings.

Allen Craig lined out to shortstop Clint Barmes, but the typically solid Barmes made his second error in as many days when his attempt to double off Beltran at second ended up in right field.

Beltran moved to third and then scored on Yadier Molina's grounder to first.

Westbrook has allowed zero earned runs in 15 2-3 innings this season. But the right-hander came in 1-7 with a 5.28 ERA against the Pirates, who started a lineup that had a combined career average of .376 against him.

Jose Tabata singled with one out, the first of five straight singles by the Pirates. A rare gaffe by the St. Louis defense helped. With runners on first and third and one out, Russell Martin hit a chopper back to the mound and Westbrook threw to second to try and start a double play. Second baseman Matt Carpenter was late covering and was charged with an error when the ball sailed into center as Walker scored.

Both pitchers settled down in the second before the rain starting falling.

NOTES: Hurdle said he expects RHP James McDonald to make his next start Saturday against Atlanta. McDonald gave up eight runs (three earned) in 1 1-3 innings of a 10-6 loss to the Cardinals on Monday. McDonald, whose velocity is down from a year ago, said he's just going through a tough stretch and is not injured. ... Pittsburgh RHP Charlie Morton is expected to make a start at extended spring training on Thursday. Morton is recovering from Tommy John surgery. ... The series wraps up Wednesday when Pittsburgh RHP A.J. Burnett (0-2, 3.71 ERA) faces Shelby Miller (2-0, 1.46). ... Before the game, the Pirates held a moment of silence for victims of the Boston Marathon bombings. 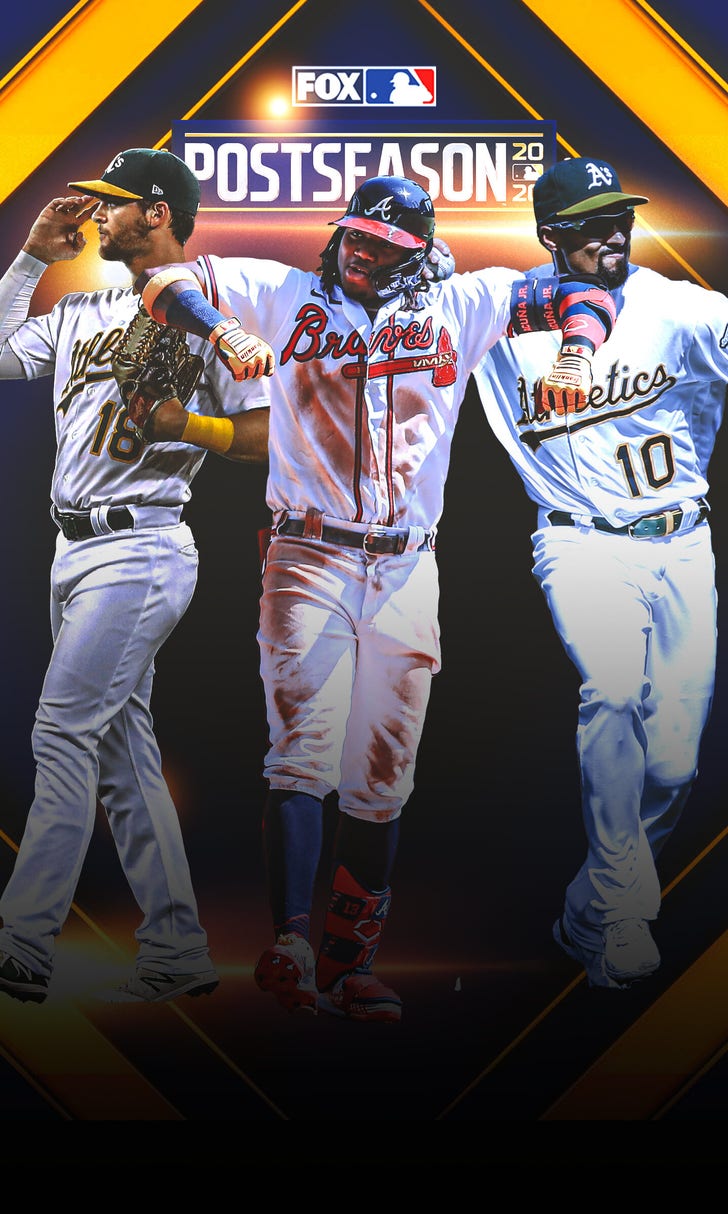 This Strange October
This year, believing takes a little more effort. It’s also never been more worth it for fans, Charlotte Wilder writes.
1 hour ago

MLB Recap: Astros Move On, Talk Trash
Carlos Correa had thoughts for Astros haters, while the Marlins' epic streak rolls on. Here's what else happened on Day 2.
17 hours ago

This MLB Postseason Is Unlike Any Other
The MLB postseason is larger, stranger and tougher than ever. Success will come to those who can adapt, Martin Rogers writes.
1 day ago

MLB Recap: Cole, Yankees Blast Indians
Also, Houston comes up with more late inning magic, and Lucas Giolito cooks Oakland on opening day of the MLB playoffs.
1 day ago
those were the latest stories
Want to see more?
View All Stories
Fox Sports™ and © 2020 Fox Media LLC and Fox Sports Interactive Media, LLC. All rights reserved. Use of this website (including any and all parts and components) constitutes your acceptance of these Terms of Use and Updated Privacy Policy. Advertising Choices. Do Not Sell my Personal Info