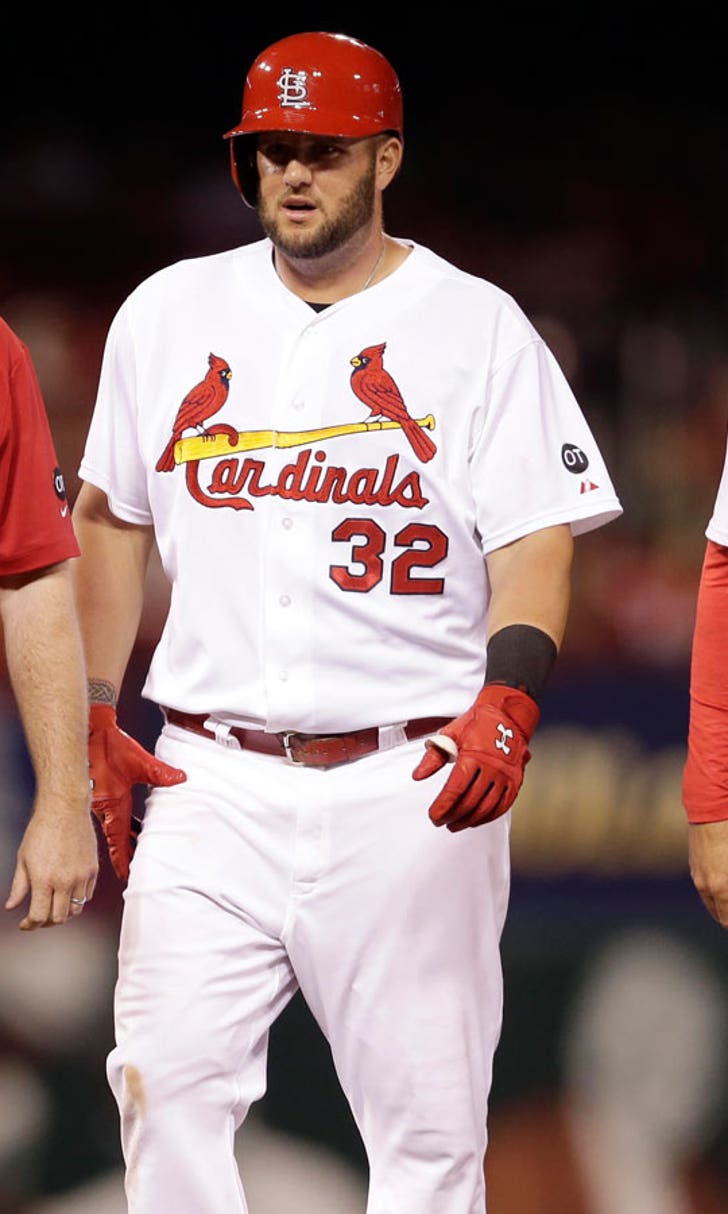 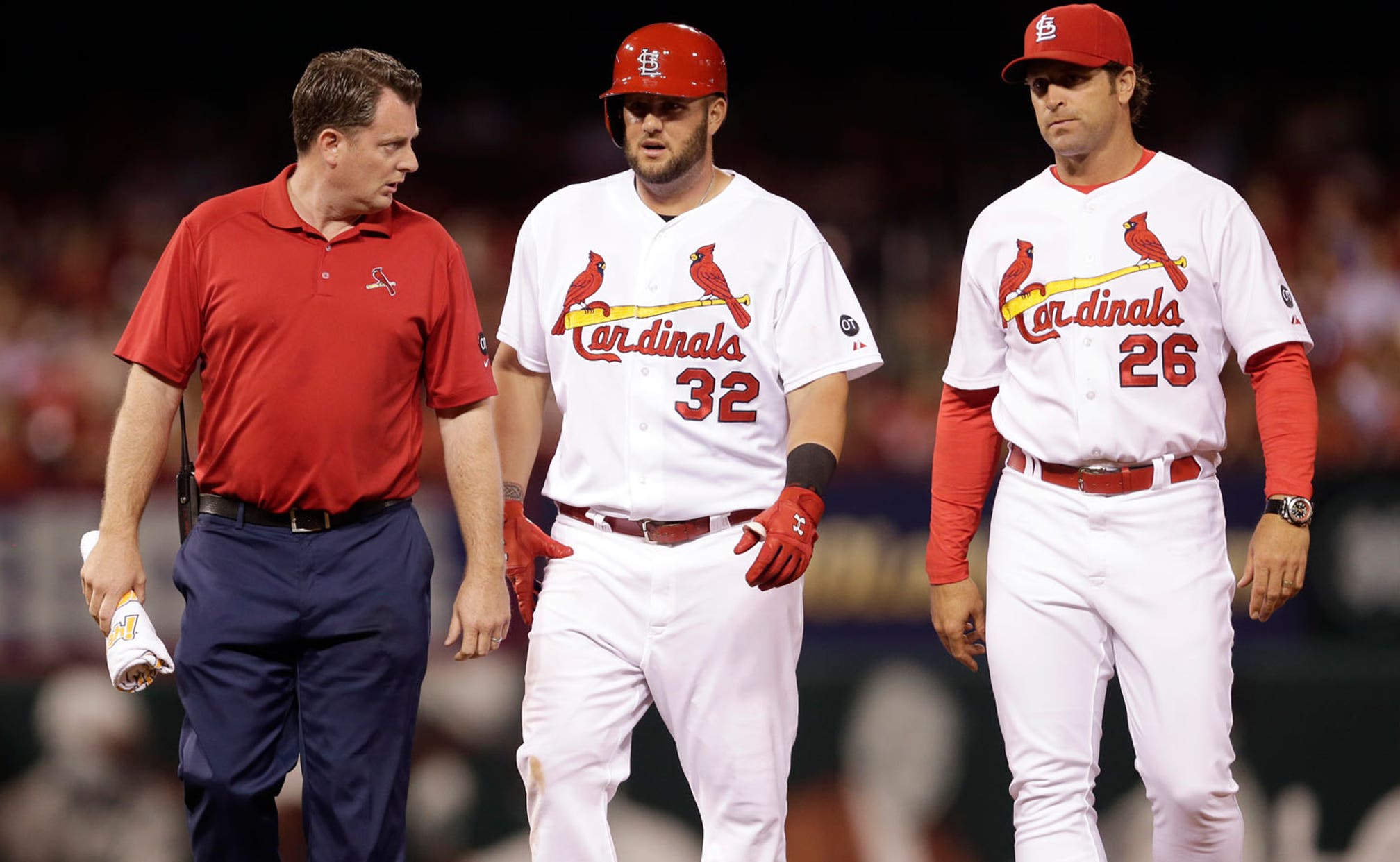 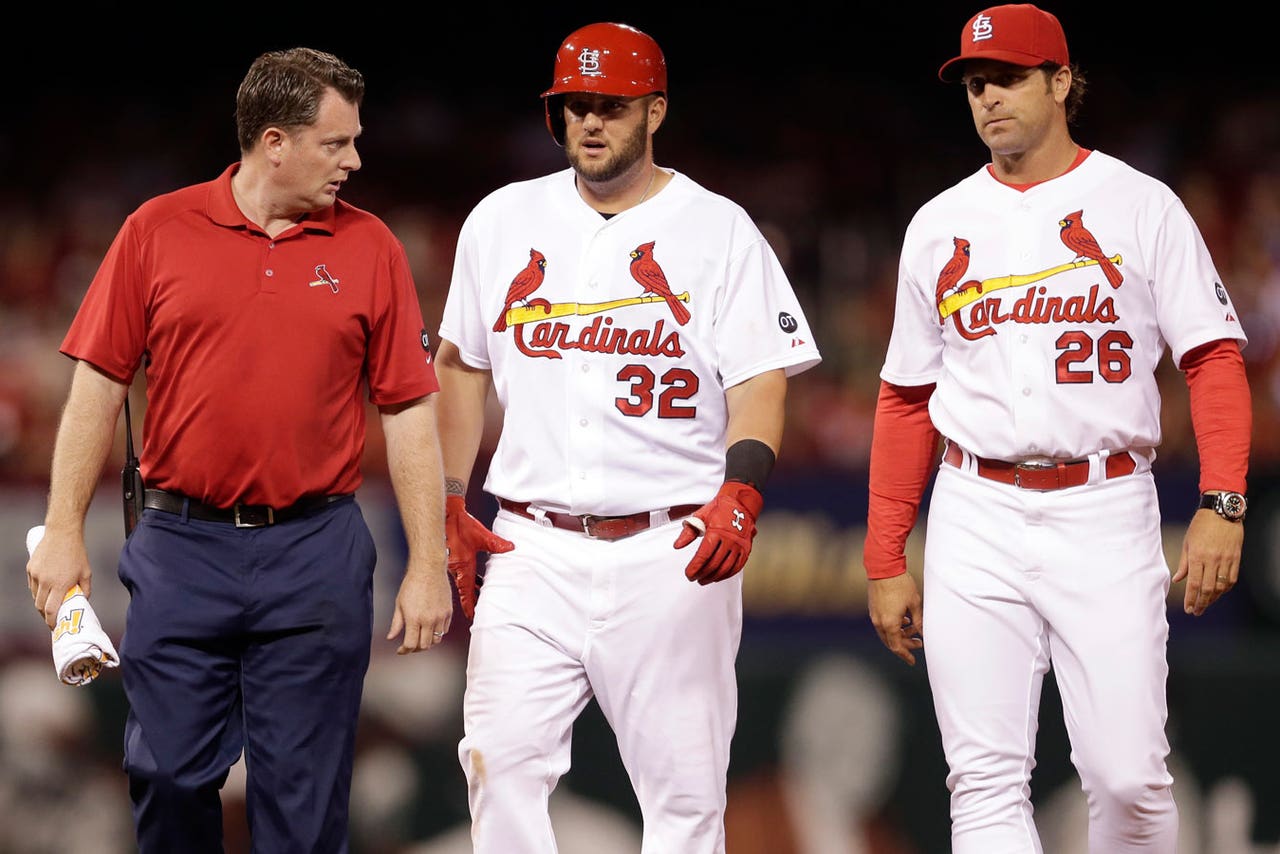 The St. Louis Cardinals anticipate first baseman Matt Adams will be placed on the 15-day disabled list after straining his right quadriceps while running out a double in the fifth inning Tuesday night.

Manager Mike Matheny said there was a "high level of concern" about Adams. Mark Reynolds, who pinch ran, will likely be the fill-in starter at first base for now.

Adams, batting .243 with four homers and 20 RBIs, said he would undergo an MRI on Wednesday.

"I'd say likely a player move is going to have to be made," Matheny said. "We'll figure that all out tomorrow."

The Cardinals could recall outfielder Jon Jay, who began a rehab assignment from left wrist tendinitis Tuesday night with Class A Peoria. They had been anticipating activating Jay from the DL on Friday following a day off for the team.

Adams grabbed his right hip area rounding first base after his hit off reliever Vidal Nuno.

"I felt fine until I got to the base and it just tightened up when I rounded the base," Adams said. "It doesn't feel great, but we'll re-address it tomorrow."

Reynolds is batting .250 with three homers and 12 RBIs in semi-regular duty with 11 starts at first base and three at third base.

"Mark is our guy," Matheny said. "Let's get him out there and let him play."