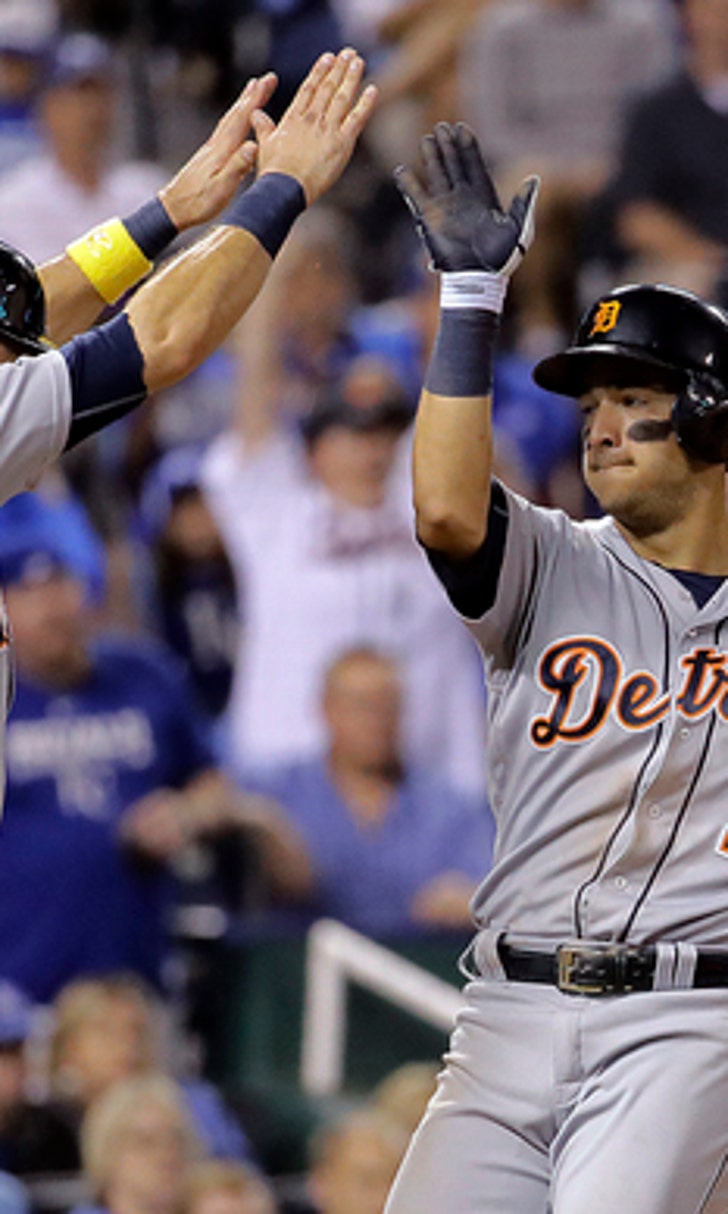 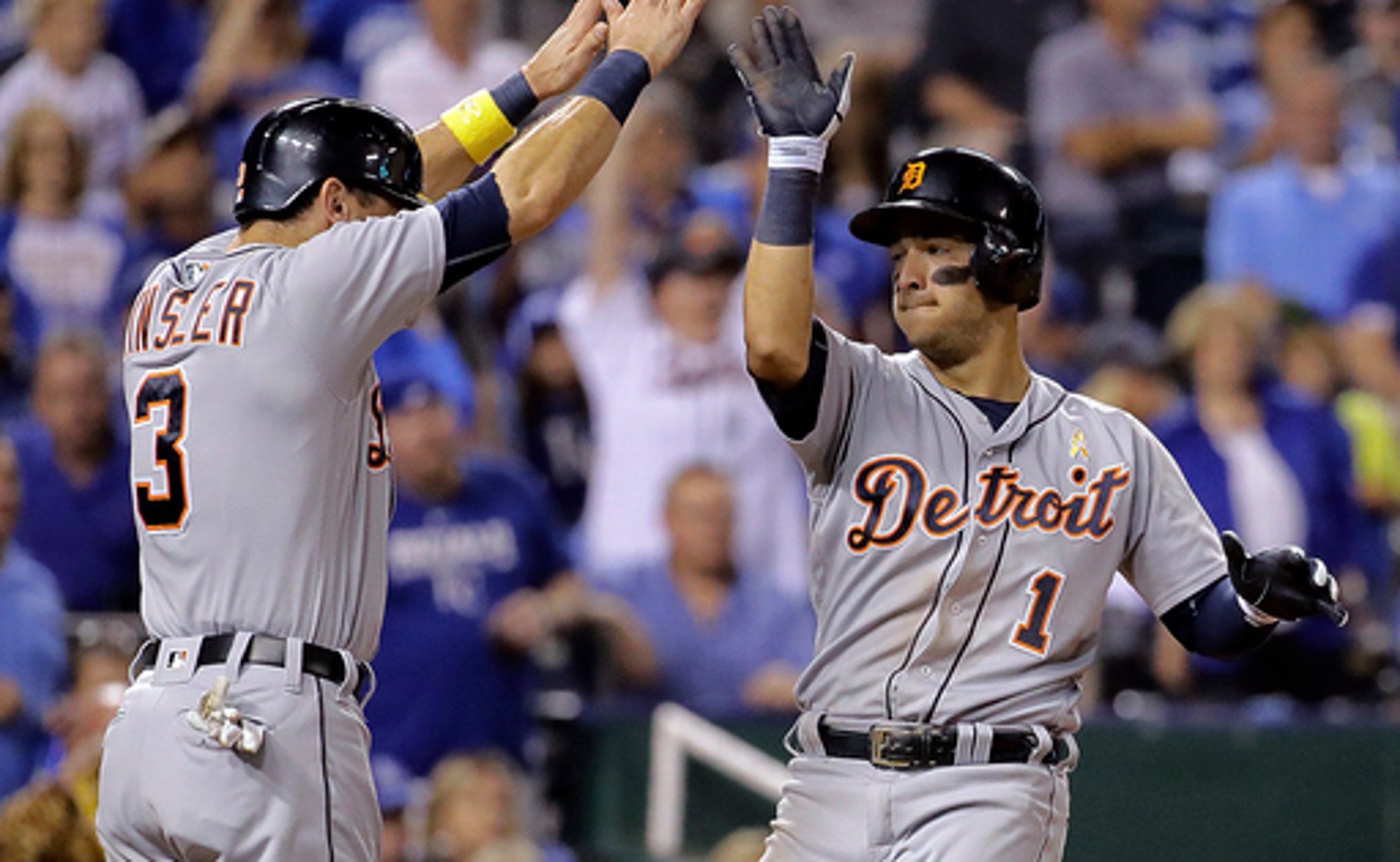 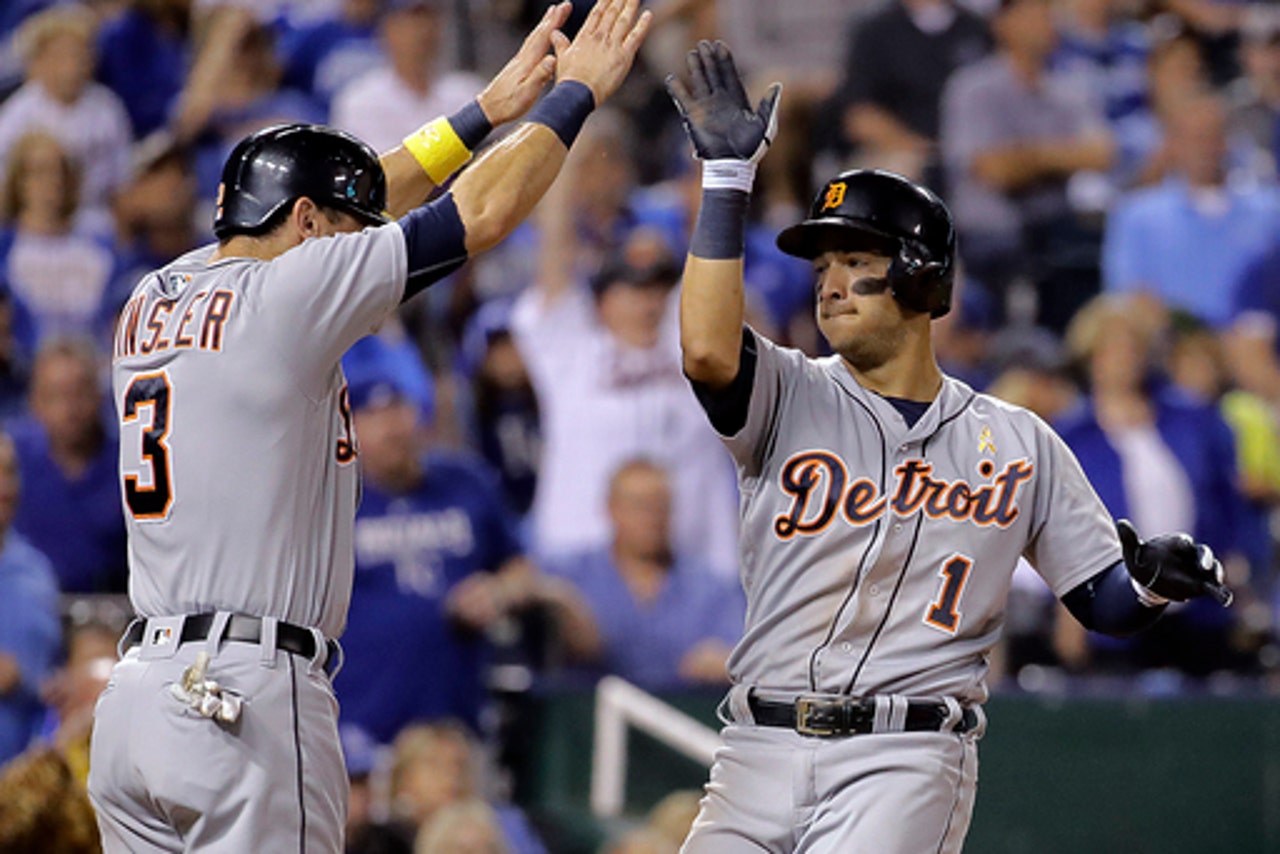 Cabrera homered and had a go-ahead two-run single in the ninth to lead the Detroit Tigers to a 7-6 victory over Royals on Friday night.

The veteran slugger has 25 home runs and 108 RBIs in his career against Kansas City.

Cabrera, who finished with three hits and four RBIs, singled off Wade Davis (1-1) to drive in Ian Kinsler and Jose Iglesias in the ninth and put the Tigers ahead after they gave up the lead in the bottom of the eighth.

''Obviously we're happy we came out on the winning side, but what a great game to watch, just as a fan of baseball, with the back and forth, both teams scoring off of closers,'' Tigers manager Brad Ausmus said. ''It was good entertainment.''

Davis, who just came off the disabled list and not pitched since July 22, blew his third save in 24 chances.

Francisco Rodriguez (3-3) picked up the victory, despite blowing a save in the eighth when Paulo Orlando hit a two-run single to give the Royals a 6-5 lead

''I was thinking I should make a better pitch than that, for sure, that thing right now is eating me inside pretty much,'' Rodriguez said. ''I've got many options to go with and I didn't. The only good thing possibly I can think of is obviously the guys came back with the two runs. At that point I've just got to shut it down, one way or another.''

Orlando, who snapped an 0 for 17 skid with a single in the seventh, punched a single off Rodriguez to right, scoring Alcides Escobar and Jarrod Dyson.

Cabrera's fielding error opened the door for the Royals to score three runs in the third. Alex Gordon had a two-run single, while Kendrys Morales contributed a run-producing single.

Danny Duffy allowed four runs and nine hits in 5 2/3 innings and has allowed 18 hits and 11 runs over 10 2/3 innings in consecutive starts.

''I felt like I battled,'' Duffy said. ''We had a rough third inning there. They were kind of singling me to death. I did my best to try to keep my team in the game. It's kind of been a rough couple of games for us.''

Tigers left-hander Justin Wilson gave up a run on three singles to Orlando, Cheslor Cuthbert and Eric Hosmer in the seventh, the only three batters he faced.

The Royals purchased the contract of INF Hunter Dozier, a 2013 first-round pick who hit 23 HRs with 75 RBIs this season with Double-A Northwest Arkansas and Triple-A Omaha. They also recalled C Tony Cruz, IF-OF Whit Merrifield and OF Terrance Gore.

Erick Aybar started at third base for the Tigers. It was only his second career game there, with the other on May 30, 2007, while with the Angels against the Mariners. He did not have an assist or putout against the Royals.

The Tigers suspended minor league RHP Warwick Saupold for five games after he was arrested on Aug. 28 and charged with assault for getting into a physical altercation with two Pittsburgh Pirates minor leaguers at a Toledo bar. Saupold made his big league debut with Detroit this season, going 1-1 with a 7.45 ERA in six relief appearances, but spent most of the season with Triple-A Toledo, where he went 7-2 with a 2.30 ERA in 18 games, including 11 starts.

Tigers: OF Cameron Maybin (left thumb contusion) has not played since Monday. ... 3B Nick Castellanos (fractured fifth metacarpal of his left swing) took about 25 swings with a fungo off a tee. ''He felt it a little bit today, swinging,'' Tigers manager Brad Ausmus said. ''It buzzed him every once in a while, which is normal.''

Royals: RHP Wade Davis, who went on the disabled list July 31 with a right flexor strain, was activated. Manager Ned Yost said he would avoid using Davis in back-to-back games for a while. ... OF Lorenzo Cain has not played since Tuesday because of a sore left wrist. ... LHP Jason Vargas, who is rehabbing from 2015 elbow surgery, struck out 10 and walked none, while allowing two runs on five hits over 5 2/3 innings in a Thursday start for Triple-A Omaha against Round Rock.

Tigers: RHP Michael Fulmer is 0-1 with a 1.98 ERA in two appearances against the Royals.

Who grabs control in Game 5?
What will the Dodgers and Rays do for an encore after Saturday's wild finish? Our Super 6 preview examines the key questions.
4 hours ago

Plot twist turns up heat on Kershaw
Clayton Kershaw could have been pitching the clincher. Instead, he will be trying to save the Dodgers, writes Martin Rogers.
6 hours ago

Rays Beat Dodgers In Instant Classic
What just happened?! We're glad you asked. Here's everything that went down in a spectacular, thrilling World Series Game 4.
18 hours ago

World Series Top Plays: Game 4
The Rays stunned the Dodgers in a game for the ages. Here are the top plays from Game 4.
18 hours ago
those were the latest stories
Want to see more?
View All Stories
Fox Sports™ and © 2020 Fox Media LLC and Fox Sports Interactive Media, LLC. All rights reserved. Use of this website (including any and all parts and components) constitutes your acceptance of these Terms of Use and Updated Privacy Policy. Advertising Choices. Do Not Sell my Personal Info