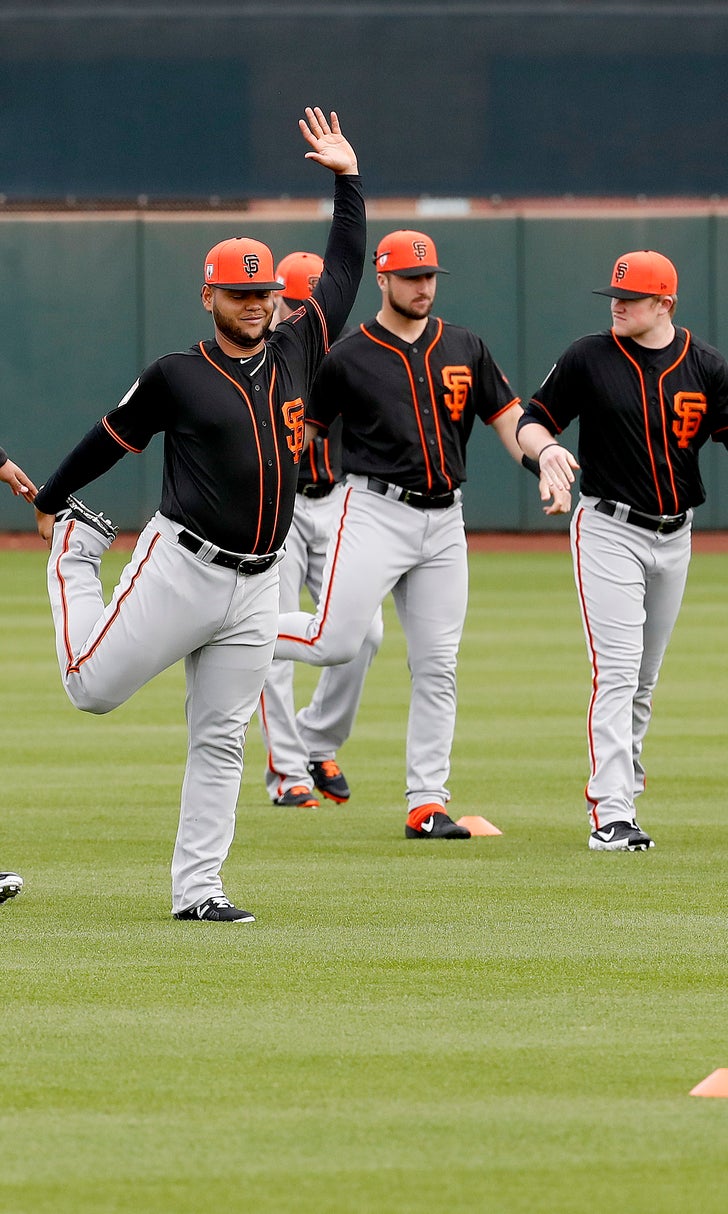 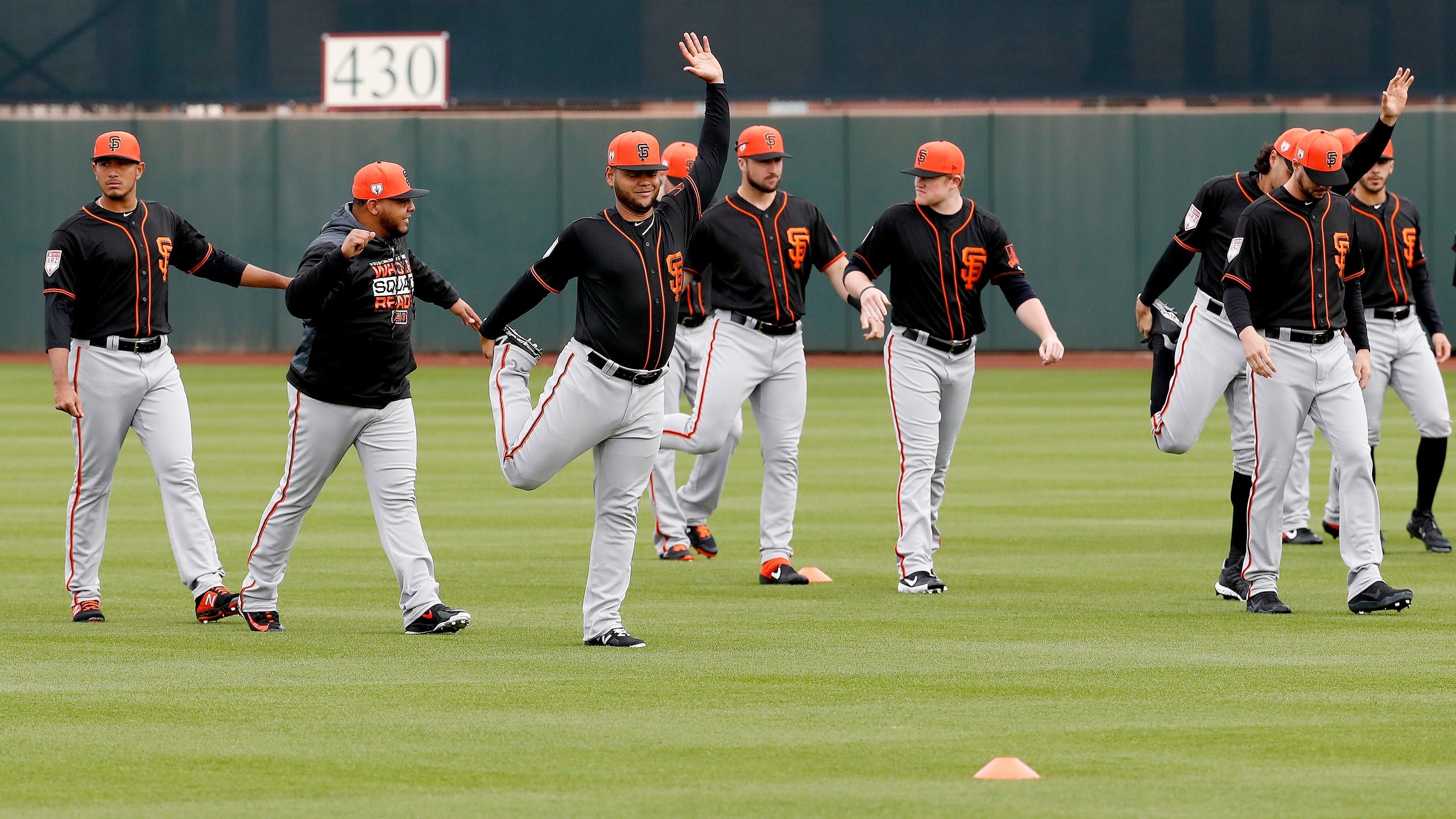 SCOTTSDALE, Ariz. (AP) — When catching prospect Joey Bart arrived in the San Francisco Giants' camp, he wanted to get over any nervousness about being around veterans such as Madison Bumgarner, so he made a point of introducing himself to the pitcher.

Bumgarner hopes to bounce back from a disappointing 2018. The left-hander didn't make his season debut until June 5 after breaking the pinkie of his pitching hand when hit by a line drive off the bat of Kansas City's Whit Merrifield late in spring training. Bumgarner went 6-7 with a 3.26 ERA in 21 starts.

"You can tell he came in ready," Giants manager Bruce Bochy said. "It was a really good bullpen for him. It's good for the kid to catch him, too. First bullpen and he's catching your No. 1 guy. That's probably good for him to break the ice and feel part of this."

Bart, a junior at Georgia Tech last year, is filled with enthusiasm.

"If a guy like Bumgarner or one of these other veterans, (Jeff) Samardzija, wanted me to go in there, that would be a blast," Bart said. "It'd be a dream come true to get back there and work with those guys. Like I said, I'm just here trying to do what they tell me to do, whether it's catch bullpens, stand in for hitters, whatever else, that's what I'm here to do."

"He put it right where he wanted it and to me, that was great," Bart said. "I don't know how he is at his peak but for his first one, I thought he did well. He said he'll get better. I was pretty impressed."

San Francisco will have a competition for the No. 2 catcher behind Buster Posey, who is coming back from hip surgery. Others in camp include Aramis Garcia, Cameron Rupp, Hamlet Marte and recently signed veterans Rene Rivera and Stephen Vogt.

"We're hopeful that all goes well with Buster and we get him back normal and catching as many games as he normally does," Bochy said. "We have some good names here and experience. We do have coverage there behind the plate."

Bart, 22, planned on shadowing Posey as much as possible.

"I've already been told by a few guys to stay as tight to him as you can," Bart said of Posey. "Everyone around here says he's a genius and it shows. Whatever he can give me pointers on, I'll try to soak it all up and have a great spring."

Notes: Pitcher Johnny Cueto was delayed reporting to camp because of what Bochy called a personal issue and expected on Thursday. Cueto posted on Instagram that his horse, Popeye, had died. ... The Giants agreed to a minor league contract with 31-year-old OF Gerardo Parra, subject to a successful physical expected to take place Sunday. Parra hit .284 season with six homers and 53 RBIs. ... Bochy said he liked what he saw of Samardzija, who was limited to 10 starts last season because of problems with his right shoulder. "You could tell he was a lot freer and had a good slot where he was throwing from," Bochy said. "He had a different look about him so that's a good thing. He's on pace to keep doing what he normally would do or what the other pitchers do now and that's getting ready for the season." ... The Giants acquired RHP Trevor Gott, 26, from Washington to cash and claimed RHP Jose Lopez off waivers from the Reds. Gott appeared in 20 games with the Nationals last season and had a 5.68 ERA over 19 innings. At Triple-A Syracuse, Gott compiled a 3.68 ERA in 28 games. Lopez, 25, was designated for assignment on Monday after the Reds signed Zach Duke. A top prospect, Lopez was 5-13 with a 4.47 ERA in 26 starts last season at Triple-A Louisville, totaling 141 innings.