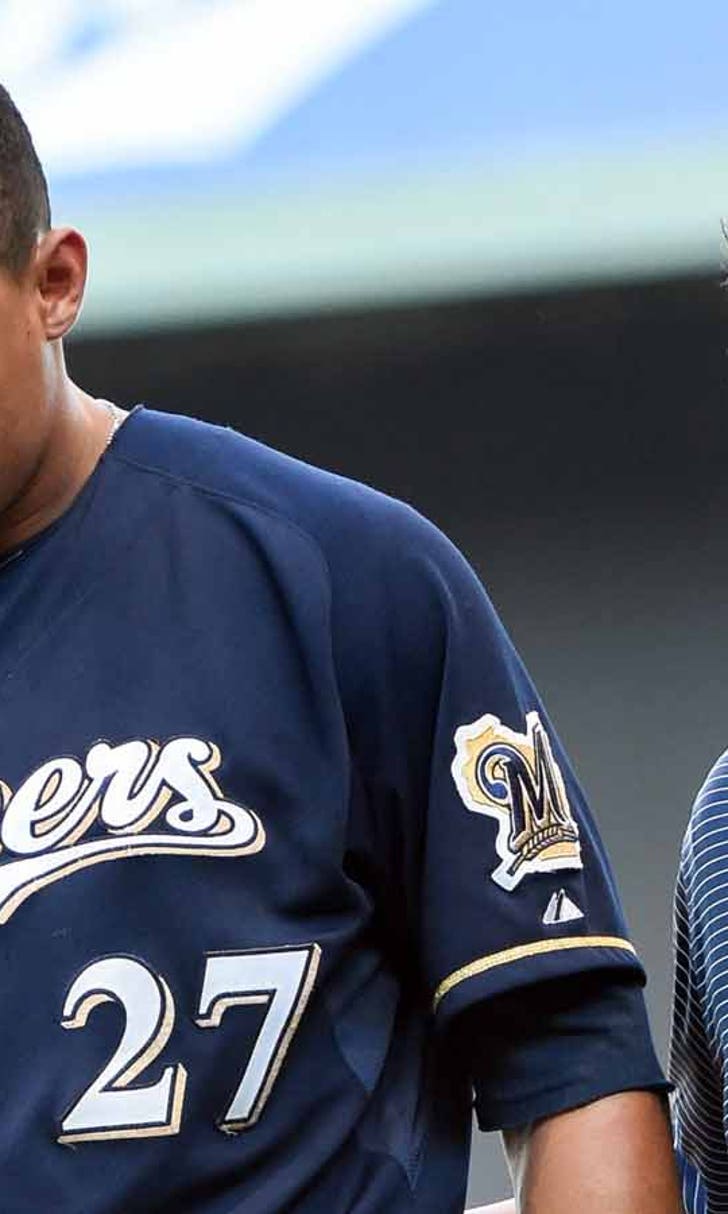 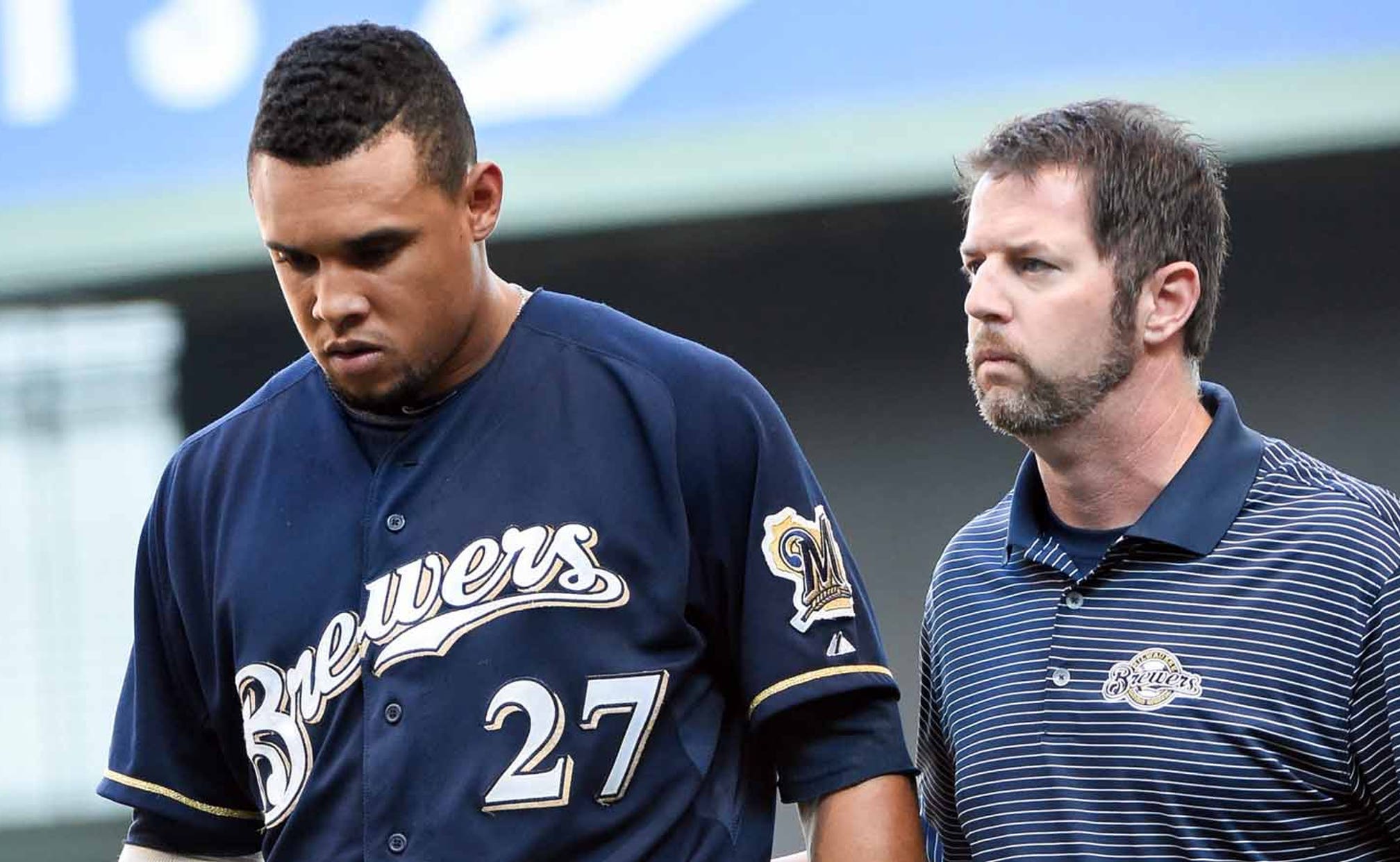 Brewers' Gomez OK after collision with Braun, Bianchi called up

The Brewers promoted Jeff Bianchi from Triple-A Nashville on Sunday to fortify their bench after injuries to outfielder Carlos Gomez and shortstop Jean Segura.

Bianchi began the season in Milwaukee before being sent down last month. He was hitting .276 with three homers and 14 RBIs in the minors.

Gomez left Saturday's 7-4 win over Colorado in the seventh with a neck strain after colliding with Ryan Braun in the outfield. Segura had left an inning earlier with leg cramps.

The Brewers were wrapping up a four-game series Sunday with the Rockies, which would also finish a stretch of 20 games without a day off. Both players were out of the starting lineup Sunday, though manager Ron Roenicke said they were available off the bench if needed.

Gomez said he was scared initially after the injury after feeling a tingling sensation throughout his body. He had a headache and sore neck, but passed a concussion test.

''We have extra players, so we decided to have a day after I (got) hit twice in the head,'' Gomez said Sunday. ''Everything is fine. The neck is OK.''

Reliever Alfredo Figaro was sent to Nashville to make room for Bianchi and give Milwaukee a five-man bench again.