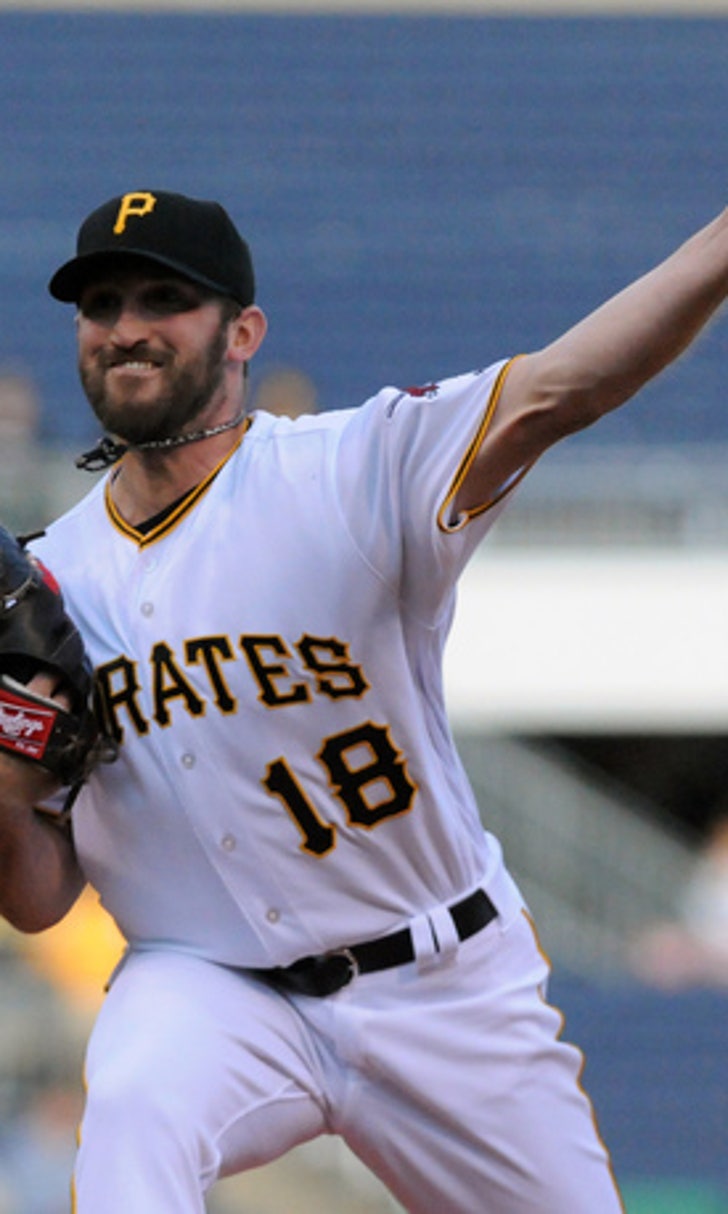 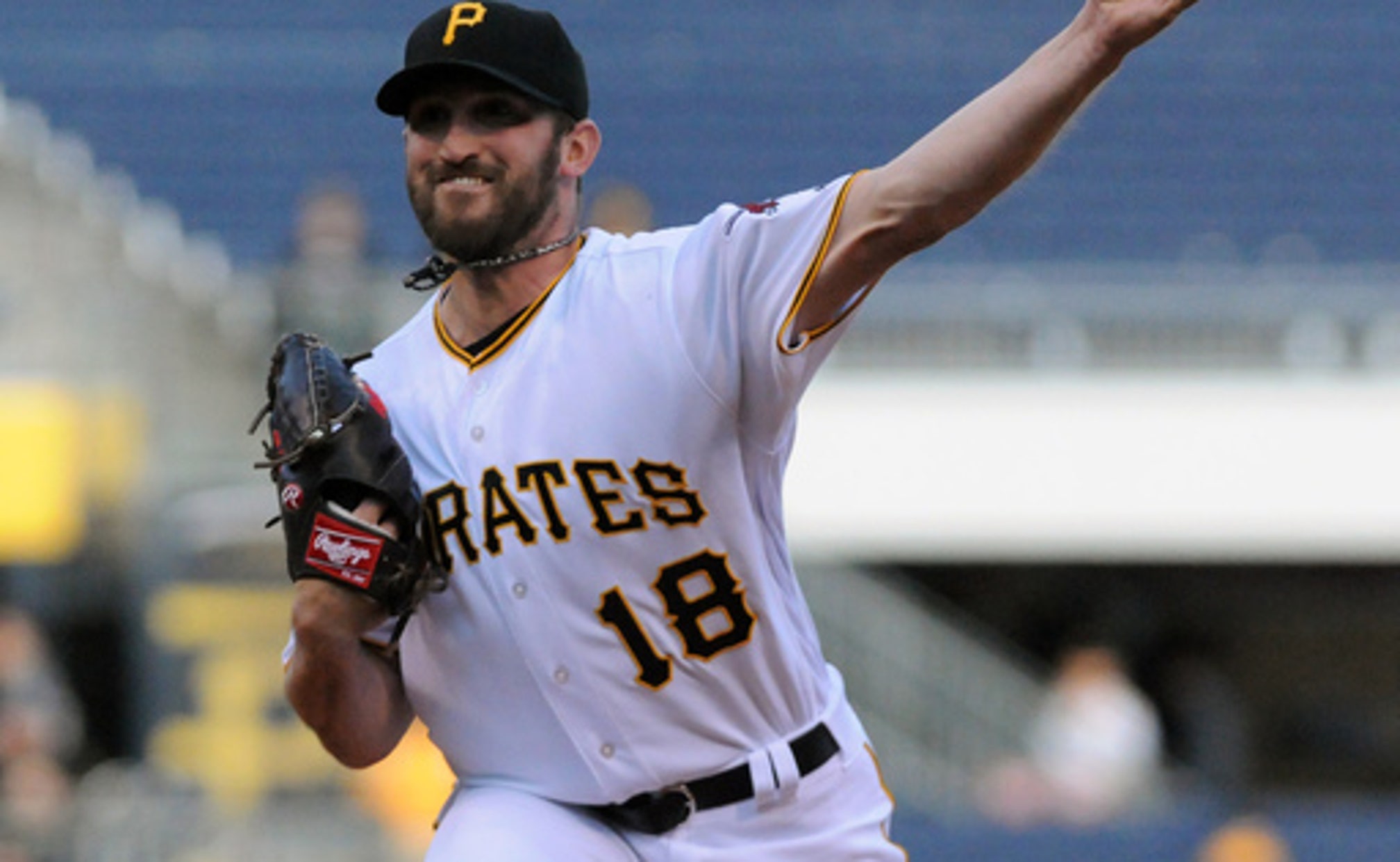 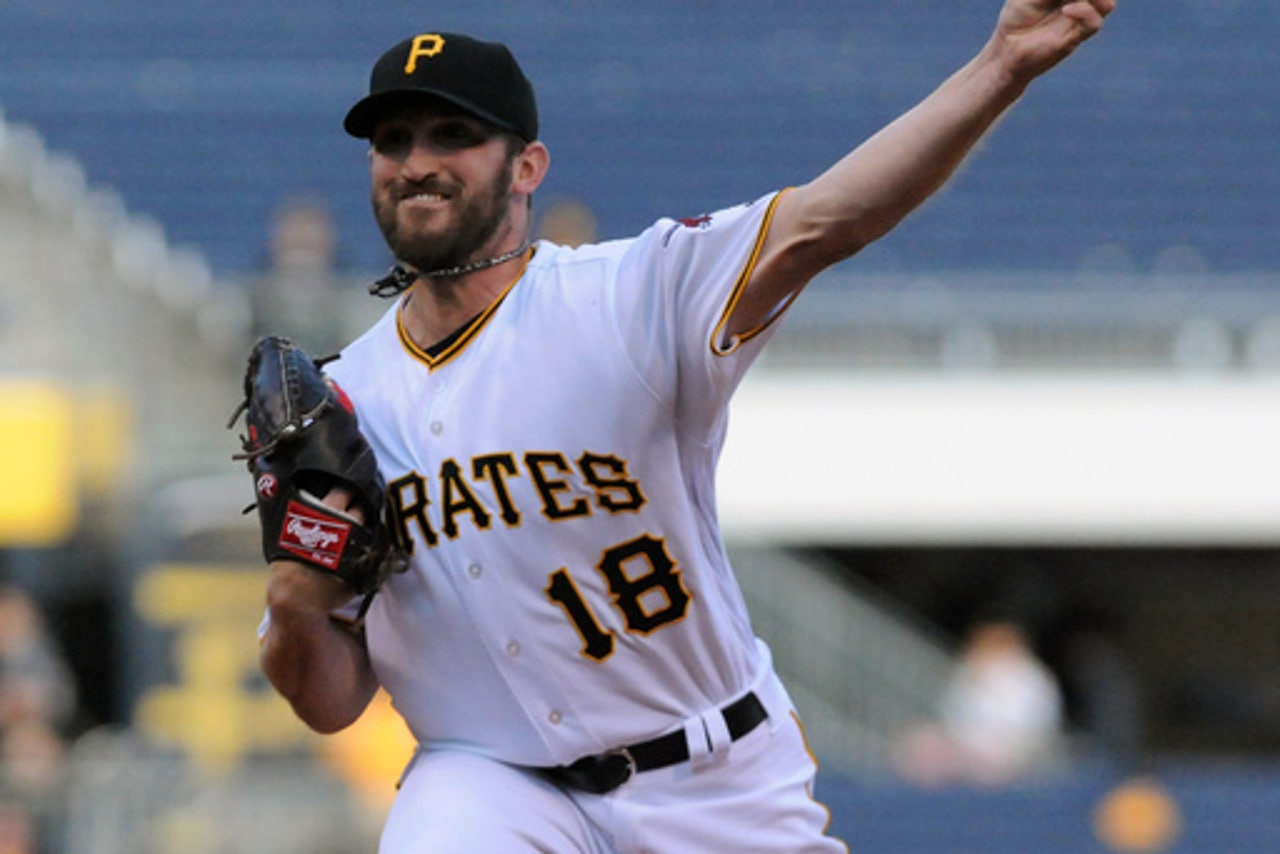 PITTSBURGH (AP) The Atlanta Braves got a rare - at least for them - multi-home run game. Yet, it still wasn't enough.

Matt Joyce homered among his three hits and drove in three runs, Gregory Polanco had three hits and three runs scored, and Jon Niese pitched six effective innings to lead the Pittsburgh Pirates to an 8-5 victory over the Braves on Monday night.

Atlanta's runs came on a two-run homer by Jeff Francoeur in the sixth inning off Niese (4-2) that made it 6-2 and a three-run shot by Kelly Johnson in the eighth off Cory Luebke that cut the deficit to 8-5.

It was the first multi-homer game since opening day for the Braves, who have gone deep just 11 times in 37 games, easily the lowest figure in the major leagues. Francoeur and Johnson both connected for the first time this season.

''It bothers your pride when you're into mid-May and the majority are looking at zero in the home run column,'' Johnson said. ''Most home runs are circumstantial but you run into some over the course of the season. We have the power for it to happen and hopefully we'll start getting runs in bunches.''

''Chipper always said that you can't hit home runs if you don't practice them,'' Francoeur said. ''It wasn't like we were trying to hit home runs in BP but we were concentrating on making harder contact.''

Williams Perez (1-1) gave up six runs and nine hits in six innings as the Braves lost for the ninth time in 11 games in falling to a major league-worst 9-28.

Johnson and Freddie Freeman had two hits each for the Braves.

Joyce stepped into the starting lineup and played right field as Starling Marte was placed on the paternity list before the game after his wife gave birth to their daughter Monday morning. Polanco moved from right field to left to take Marte's spot.

Joyce is hitting .372 with five home runs after signing a minor league contract early in spring training. He batted .174 with five homers for the Los Angeles Angels last season. Joyce worked with two hitting instructors in the offseason near his home in the Tampa, Florida, area and also played winter ball in the Dominican Republic.

''It feels great to be able to have this type of success after the work in the offseason,'' Joyce said. ''I didn't know which way my career was going to go. I'm extremely happy that I've bounced back to show I can still be a major league player.''

Joyce connected for a two-run shot deep into the right-field bleachers, off Alexi Ogando in the seventh inning to increase the Pirates' lead to 8-2.

Niese (4-2) allowed two runs and five hits with six strikeouts and two walks. It was just Niese's third quality start in eight outings this season, though the Pirates are 6-2 in the games he has pitched, and he improved his career record against the Braves to 10-6.

The Braves put the leadoff hitter on in each of the first four innings but Niese escaped unscathed each time.

Mark Melancon pitched a perfect ninth inning for his 12th save in 13 opportunities.

David Freese had two of the 13 hits by the Pirates (20-17). Francisco Cervelli and Josh Harrison each drove in two runs.

Cervelli drove in a run with a ground out in a three-run first inning off Perez and had an RBI single in two-run third. Harrison also had a run-producing ground out and tripled in a run in the fifth to push the lead to 6-0.

Braves: RHP Shea Simmons began a rehab assignment Monday night with Triple-A Gwinnett by striking out the side in one scoreless inning while allowing one hit and one walk. He began the season on the disabled list after also missing the entire 2015 season while recovering from Tommy John reconstructive elbow surgery.

Braves: RHP Aaron Blair (0-2, 4.05 ERA) will look for his first win in his fifth career start on Tuesday night.