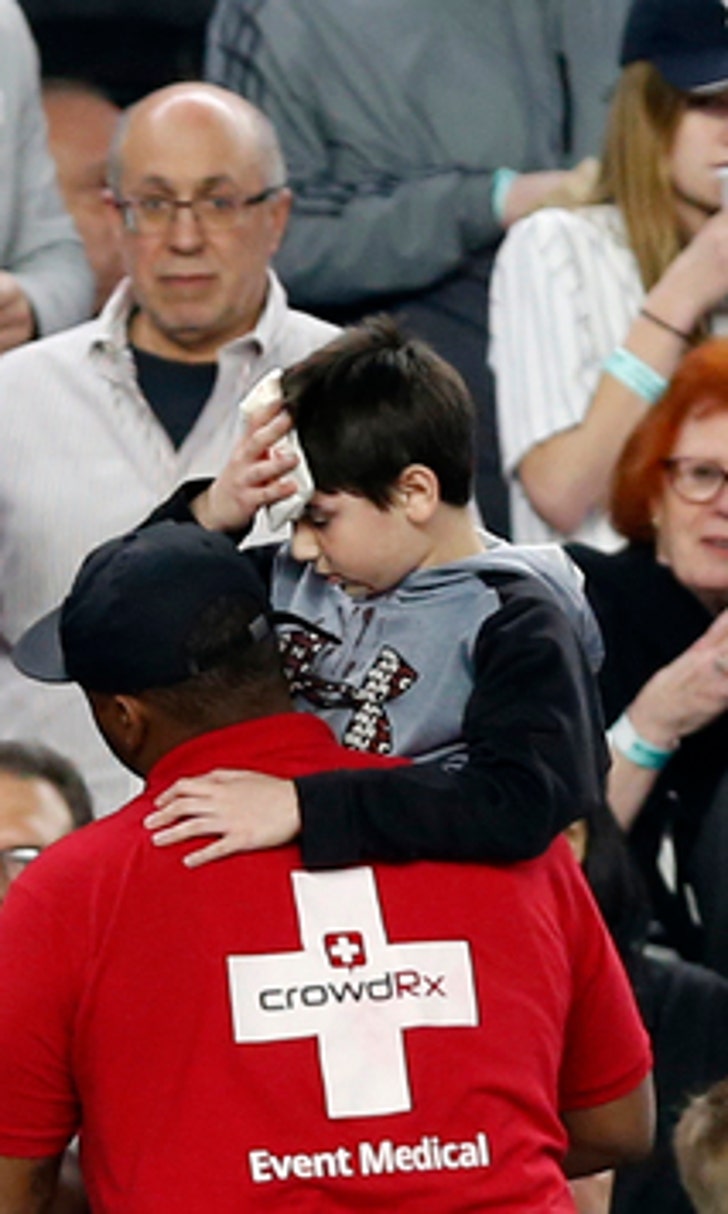 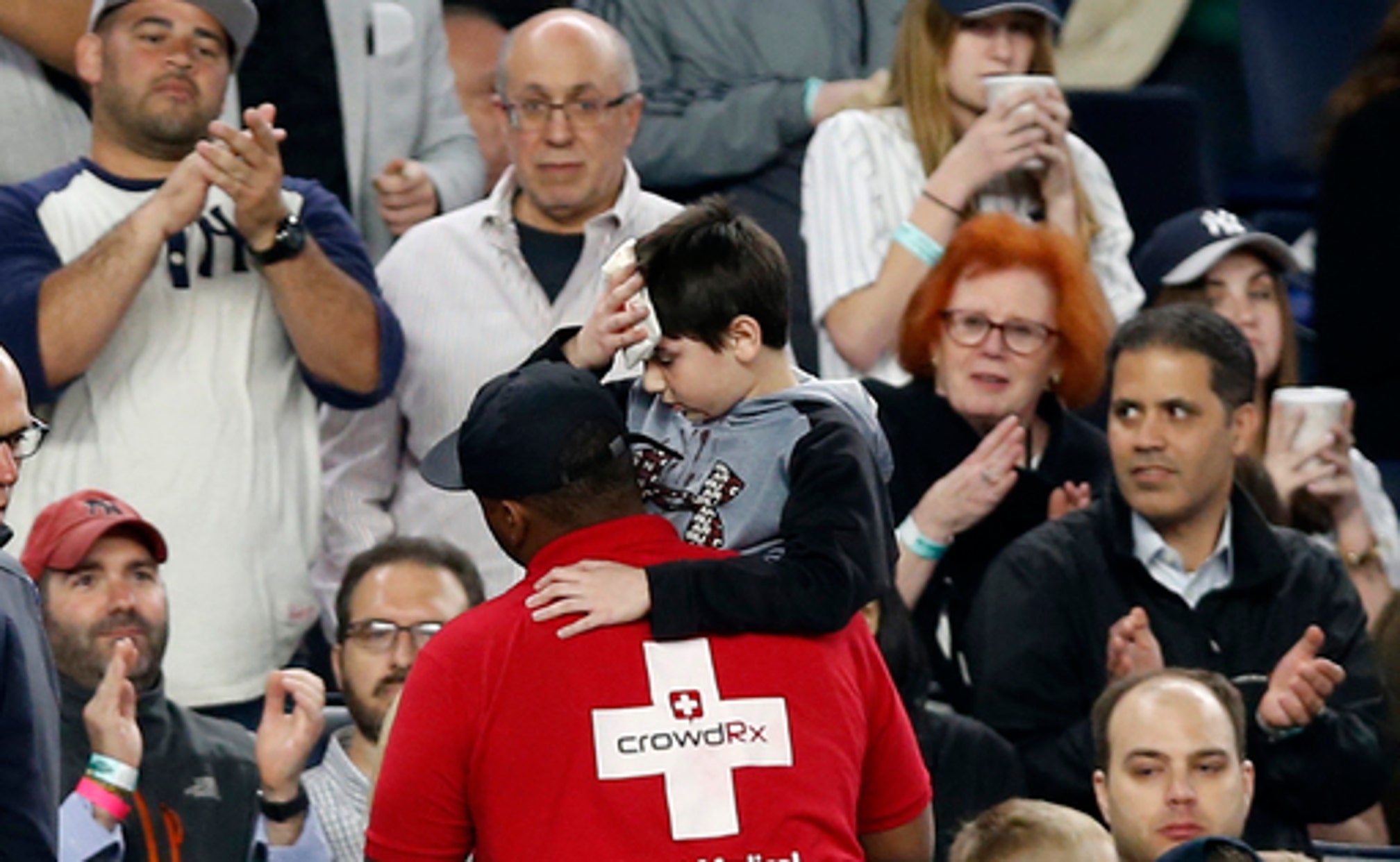 Boy struck on head by broken bat at Yankees game

With Didi Gregorius on second base and no outs in the seventh inning, Carter's bat shattered on a 3-1 fastball from Matt Strahm. The ball bounced on one hop to second baseman Whit Merrifield, and much of the bat hit the boy, who was sitting about seven rows back on the third-base side, behind the Royals dugout.

Fans around the boy waved frantically for assistance, and play stopped for two minutes as players looked to the seats.

Medical personnel carried out the boy, who appeared to have a leg that was in a brace. Yankees spokesman Jason Zillo said the fan was given first aid at the ballpark and was receiving medical attention elsewhere after the game. He said the federal Health Insurance Portability and Accountability Act, known as HIPAA, prevented the team from giving more information.

Carter said he did not see the boy get hit.

''You never want to have something like that happen to a kid or anyone in general,'' he said. ''I guess the good side of it is the square part of the bat didn't pierce him or anything like that. So I hope he's OK.''

Carter will try to speak with the family.

''Once I figure out what happened to the kid, where they're at, hopefully I can get a hold of him,'' he said. ''Hopefully, it's not too bad.''

Major League Baseball in December 2015 recommended teams have protective netting or screens between the near ends of both dugouts.

New York City Councilman Rafael L. Espinal Jr. has introduced legislation for protective netting to be extended to the ends of both dugouts.

''The young boy hit by a shattered bat at last night's Yankee game is a prime example of why it is important that our teams extend their netting ASAP,'' Espinal said in a statement. ''It becomes clearer and clearer that the seats immediately behind home plate are not the only seats that must be protected by netting.''