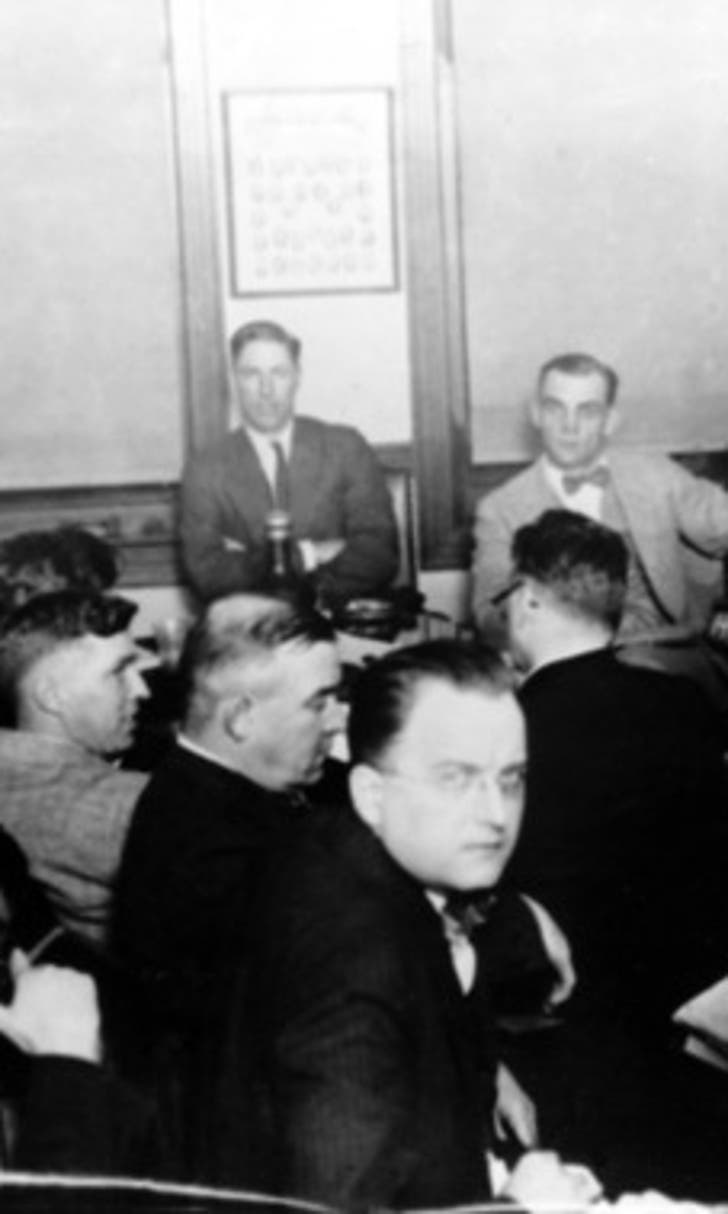 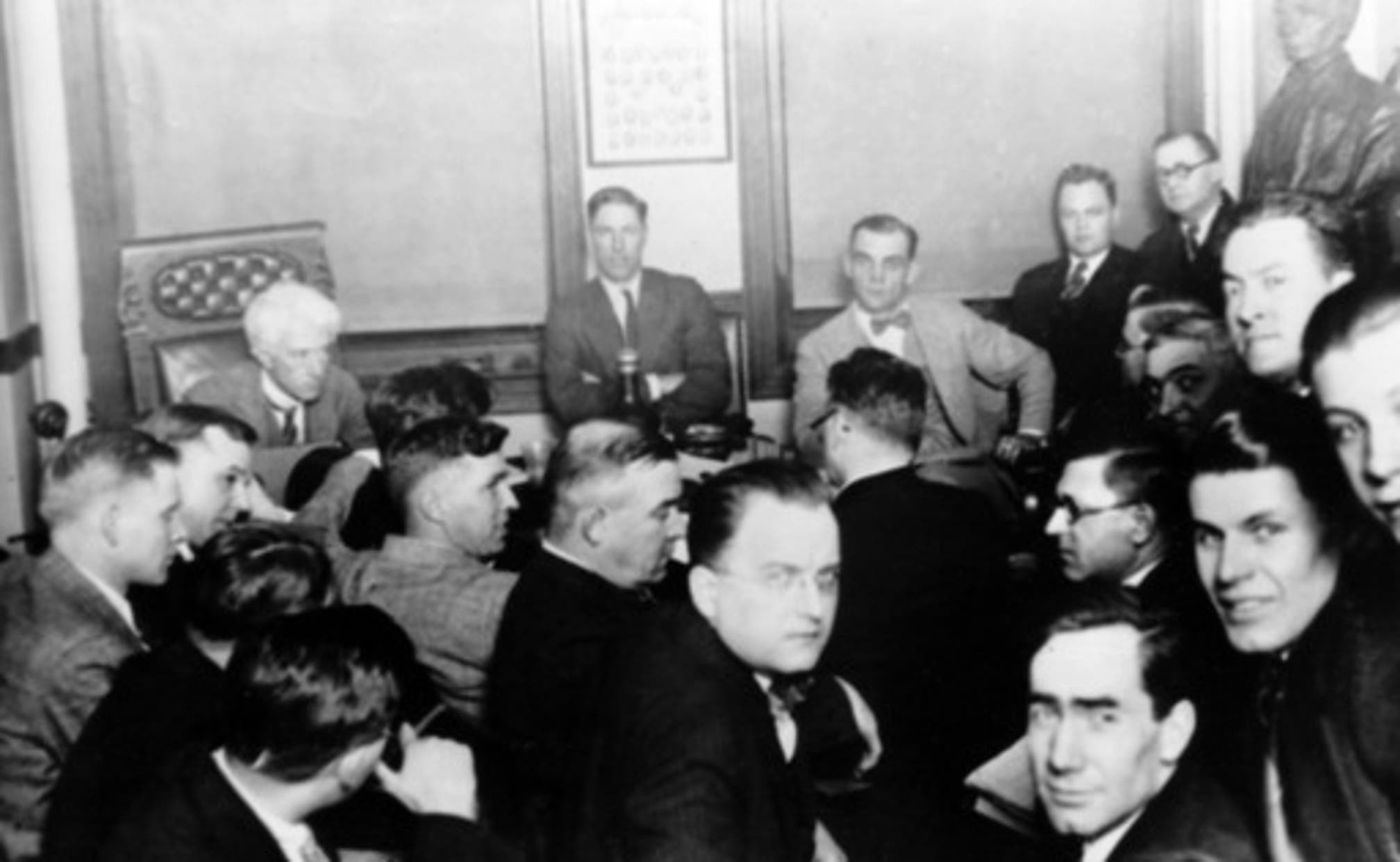 Book excerpt: The 1919 World Series: The Fix Was On

Each October, the baseball season concludes with the sport's most prestigious event - the World Series. There was one Series, however, that is etched in history, not for the glory of the game but for a sad and sorry legacy.

The 1919 World Series between the Cincinnati Reds and Chicago White Sox was fixed, the outcome arranged to benefit gamblers who hovered over the sport like vultures. Eight White Sox players were implicated in the event, the ugliest episode in baseball history.

The story is told by former AP Sports Writer Hal Bock in his book, ''Banned: Baseball's Blacklist of All-Stars and Also-Rans.''

The White Sox fit into category of All-Stars. They had the game's best hitter, Shoeless Joe Jackson, whose .356 career batting average is the second highest in history. They had one of the game's best pitchers in Eddie Cicotte, who threw a baffling knuckleball.

And they were ripe pickings for the gamblers because they played for a penurious owner, Charles Comiskey.

Like most owners of the era, Comiskey was not exactly generous with salaries. His players groused about their tightwad owner. One example was Cicotte, whose contract called for a $10,000 bonus if he won 30 games. When he got to 29 wins in 1919, Comiskey ordered him shut down. There would be no 30 wins and no bonus for Cicotte.

There were rumors all around baseball during this period about the legitimacy of the games and the White Sox World Series plot began in a meeting between first baseman Chick Gandil and Sport Sullivan, a professional gambler.

Might the Sox be interested in doing some business on the Series, Sullivan wondered. Gandil said he would find out and before too long, the fix was hatched. In the end, it had expanded to eight Chicago players - Gandil, shortstop Swede Risberg, outfielder Happy Felsch, pitchers Lefty Williams and Cicotte, third baseman Buck Weaver, infielder Fred McMullen and Jackson. The gamblers included Sullivan, Sleepy Bill Burns, Billy Maharg, former featherweight boxing champion Abe Attel, who served as a bagman delivering payoffs, and the man credited with creating the scheme, New York gambler Arnold Rothstein.

Weaver wanted no part of the fix. Jackson, too, was an innocent bystander, just trying to be a good teammate. Both, however, were swept into the web.

Right up until the first pitch of the opening game, there was some question that the players would go through with the scheme. This was, after all, the World Series, the crown jewel of their sport. But when Cicotte hit Cincinnati's leadoff batter, Morrie Rath, with his second pitch, it was a signal to the gamblers.

The fix was on.

The Reds, with considerable help from the White Sox, won four of the first five games of the Series and needed one more win. But the slow pace of payoffs angered the fixers and Chicago won the next two contests. The gamblers were not amused by this flip-flop and threatened the lives of some players' families before the eighth game. The Sox folded and the Reds were World Series champions, if somewhat tainted.

The fix remained baseball's dirty little secret until the following August when a grand jury, investigating rumors of another fixed game, stumbled on to the World Series story. By October, eight players had been indicted for the fix, including Jackson, who had played flawlessly and led all hitters with a .375 average in the Series.

Confessions of several players mysteriously disappeared and the following June, the eight White Sox were found innocent. Perhaps, the court system had exonerated them but baseball would not.

Kenesaw Mountain Landis, a former federal court judge hired as baseball's first commissioner, threw the eight players out of baseball, punished permanently for their involvement in baseball's most scandalous episode.

Hal Bock, an Associated Press sports writer from 1963-2004, served as chief baseball writer and columnist, and he covered 30 World Series.

Learn more about ''Banned: Baseball's Blacklist of All-Stars and Also-Rans'' and listen to an interview with the author at http://www.ap.org/books.