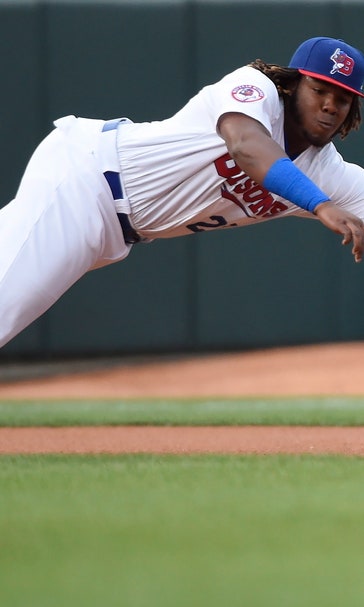 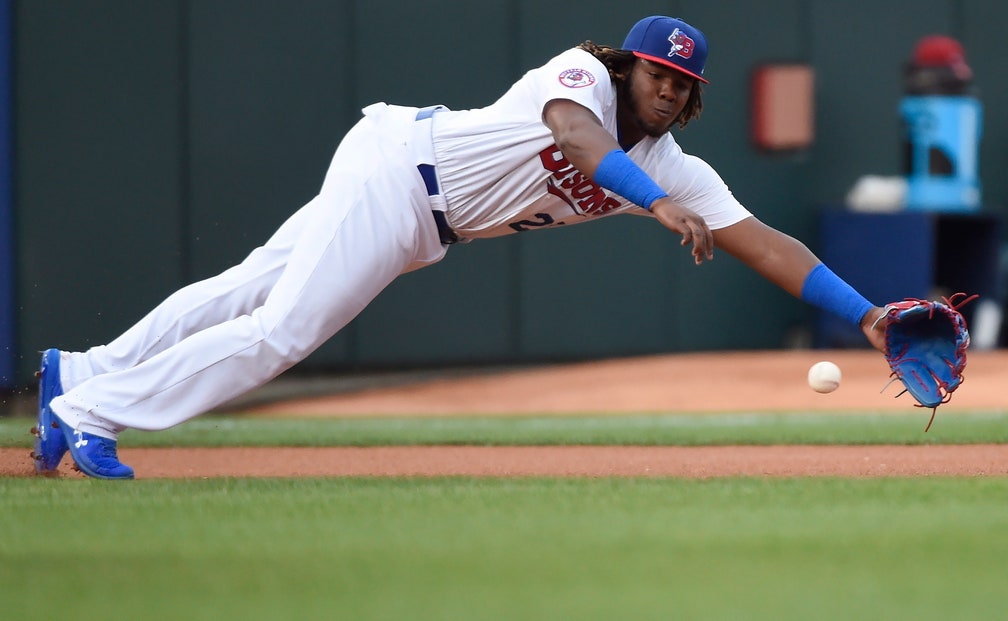 Manager Charlie Montoyo announced the move after Toronto lost to San Francisco 4-0 on Wednesday. The Blue Jays are off Thursday.

"Hopefully he becomes what everybody thinks he can become," Montoyo said of Guerrero, the son of Hall of Famer Vladimir Guerrero.

Toronto has yet to announce a corresponding roster move.

Major League Baseball's Twitter feed posted an image of Guerrero swinging Toronto's landmark CN Tower as if it were a baseball bat, under the caption, "It's happening!"

The elder Guerrero tweeted a photo of himself in a Montreal Expos uniform with a very young Vladimir Jr. standing next to him.

"My son! The country that saw you as a child will now see you turn into a big one," Guerrero tweeted. "Working hard everything can be done. I'm proud of you!"

Guerrero Jr. went 2 for 5 with a home run for Triple-A Buffalo on Wednesday. It marked the first time he had played three consecutive games at Buffalo. Guerrero missed the start of the season after an oblique injury in spring training.

Guerrero hit .367 with three homers and eight RBIs in eight games at Triple-A.

Following their weekend series with the Athletics, the Blue Jays head to Los Angeles to face the Angels, the team Guerrero's father starred with for six seasons.

Aaron Judge Cannot Be Stopped
The Yankees slugger made history with his sixth homer in five games.
5 hours ago

COVID-19 Threatens MLB Season
MLB is facing a potential COVID-19 outbreak, and how the league handles it could decide the fate of the season.
1 day ago

Cardinals-Brewers Opener Postponed
Two Cardinals players have reportedly tested positive for COVID-19. Here is all the latest on this developing story.
2 days ago

Phillies Confirm Positive Tests
The Philadelphia Phillies closed down their ballpark after a pair of COVID-19 tests came back positive.
3 days ago

Suspensions Levied For Dodgers-Astros Drama
Here's what you need to know about the fallout from the altercation between Los Angeles and Houston on Tuesday night.
4 days ago
those were the latest stories
Want to see more?
View All Stories
Fox Sports™ and © 2020 Fox Media LLC and Fox Sports Interactive Media, LLC. All rights reserved. Use of this website (including any and all parts and components) constitutes your acceptance of these Terms of Use and Updated Privacy Policy . Advertising Choices . Do Not Sell my Personal Info