On Saturday, police paid a visit to the home of Toronto Blue Jays fan Nicholas Kharshoum for something he said on Twitter about outfielder Jose Bautista's contract.

Of course, Kharshoum says a lot of things on Twitter, so he was quite puzzled when police arrived at his door on Saturday, telling him they were concerned over something he had written. It was this: 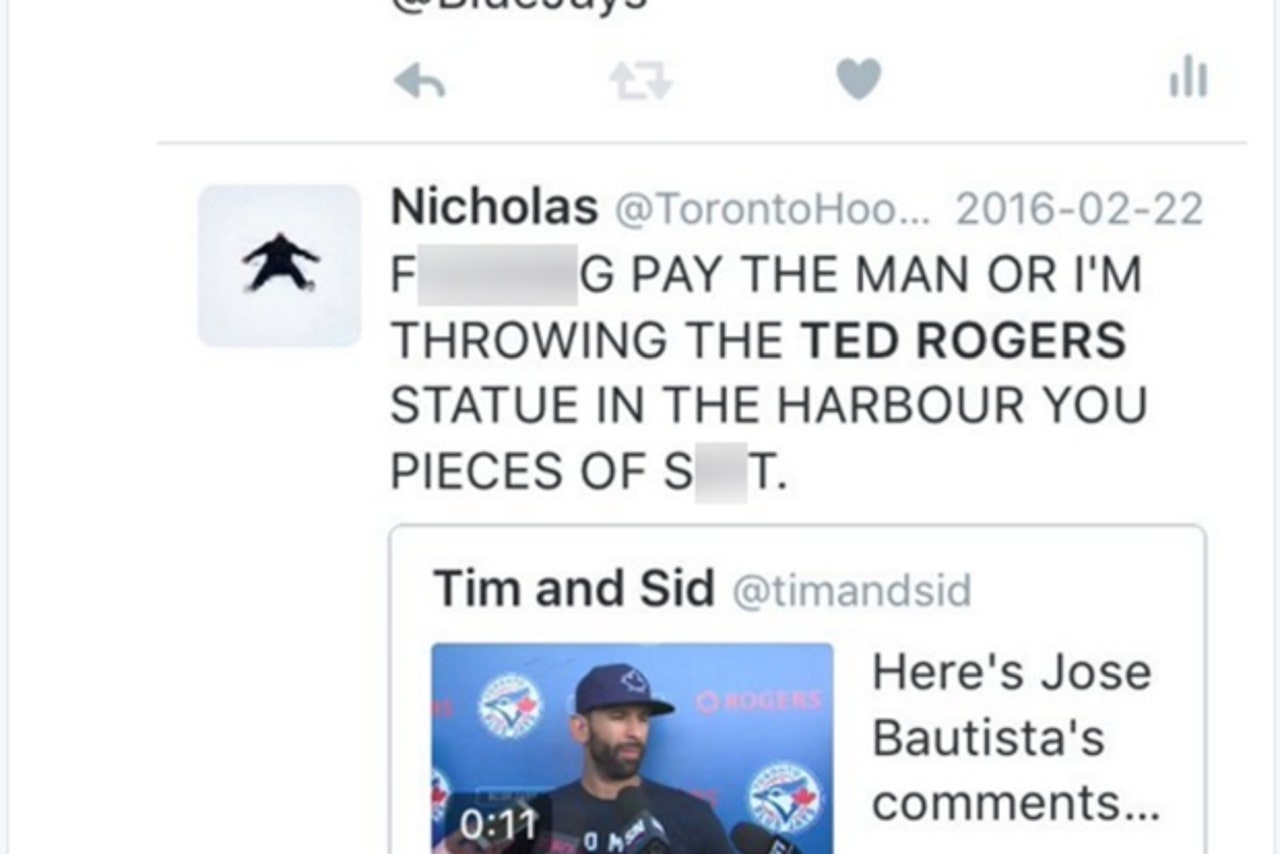 More than two weeks after Kharshoum threatened to toss the bronze 800-pound Ted Rogers statue into the harbor, it still stands there unharmed and Bautista, set to become a free agent after this season, is still without a new contract.

Police did not charge Kharshoum in favor of a verbal warning.

Let's have Kharshoum's experience guide us accordingly: if you get really ticked off about your favorite team, make nonspecific threats and/or just damage your own property (e.g. light a jersey on fire).