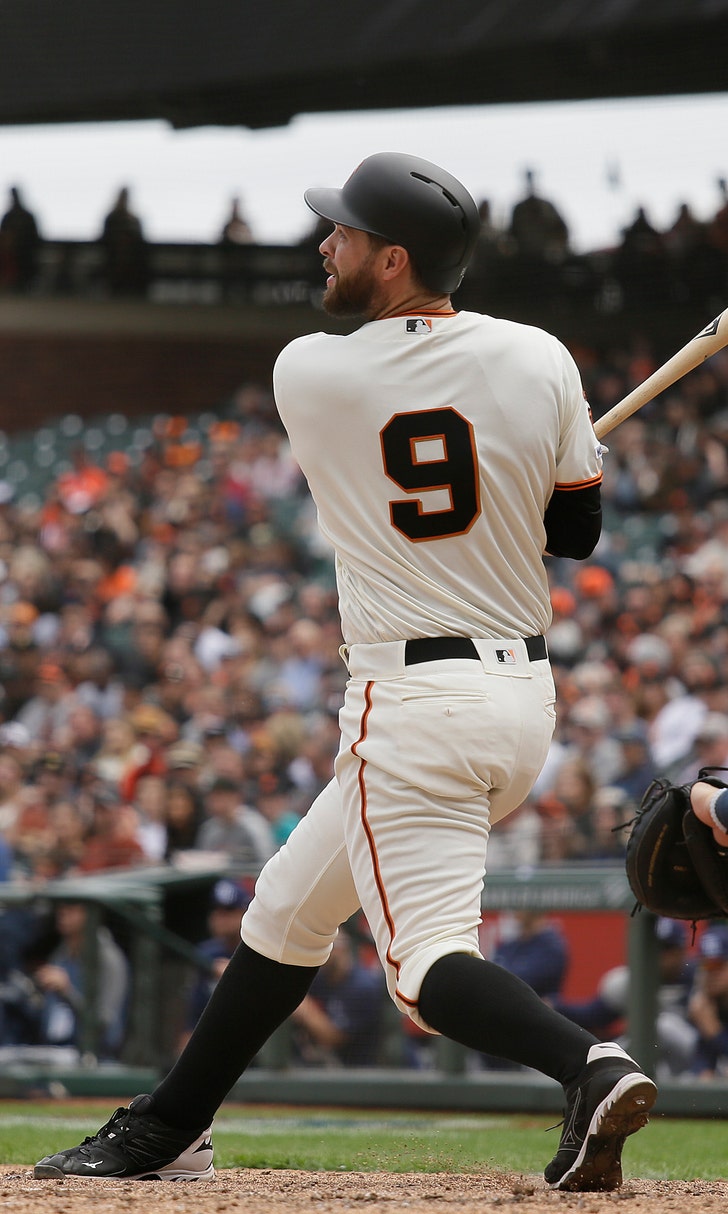 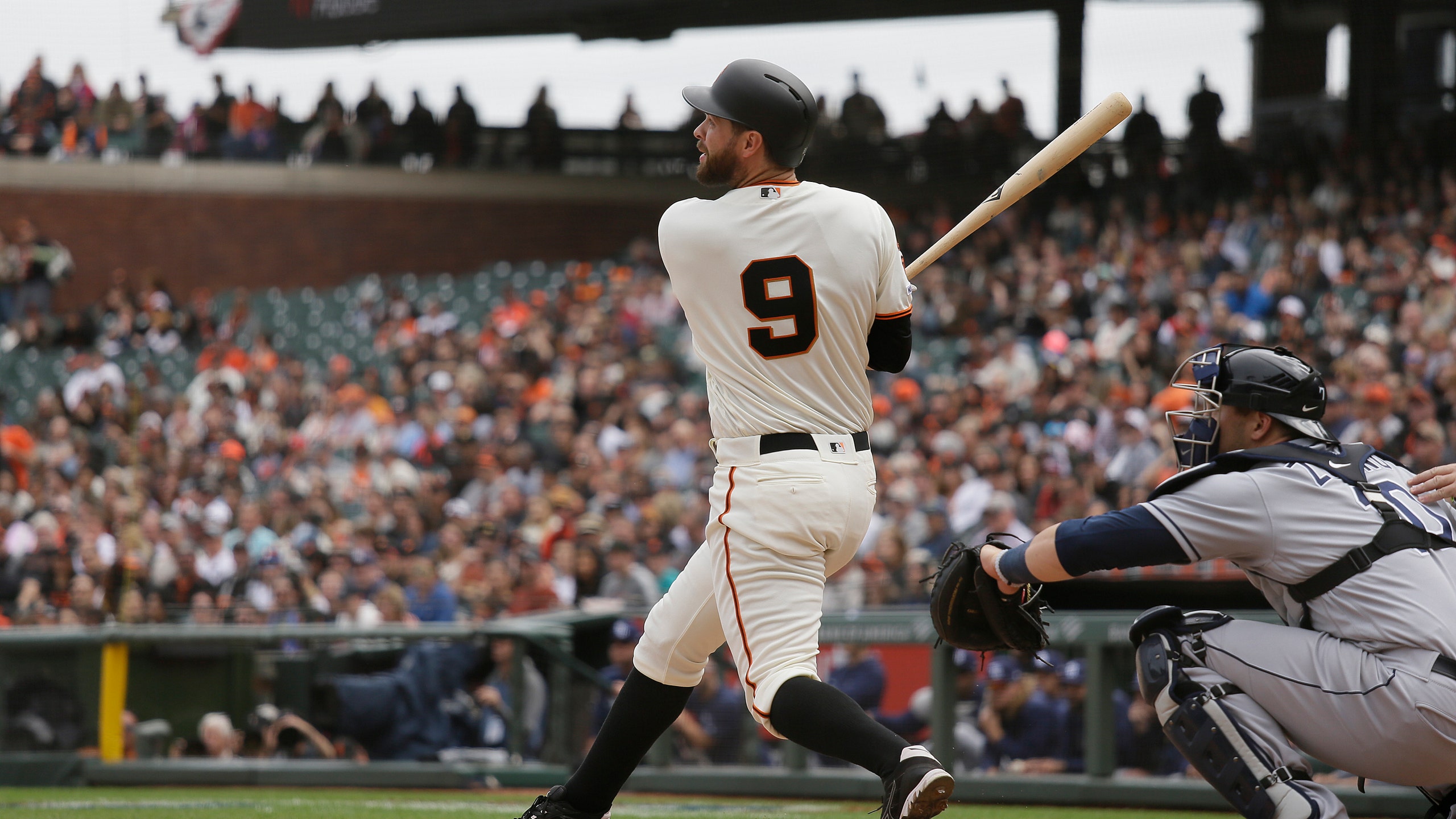 SAN FRANCISCO (AP) — Brandon Belt believed a breakout was coming for the Giants offense, even as the first week of the season slogged on with the numbers indicating otherwise.

After San Francisco set a season high for scoring, its first baseman has a little evidence at last.

Belt homered and drove in three before an unusually small home crowd, and the Giants beat the Tampa Bay Rays 6-4 on Saturday.

Steven Duggar had three RBIs and Joe Panik scored twice to help San Francisco snap a three-game losing streak behind a breakthrough day from its offense.

"People who had been here and seen the games and guys in the clubhouse really felt that our offense was going in the right direction," Belt said. "We just needed some of them to fall in. We got a few of those today and it ended up working out for us."

Most of the production came from the top of the lineup. Leadoff hitter Duggar had a sacrifice fly in the third inning and added a two-run double in the fifth. Belt, batting in the second spot, had an RBI single in the third and hit a two-run, opposite-field home run off Ryan Yarbrough (1-1) as part of a four-run fifth.

Belt and Duggar combined to drive in all six runs for San Francisco, but the Giants also got a lift from the bottom third of the order. Kevin Pillar, the No. 7 hitter, singled and scored in the third, Panik walked twice and scored both times, and Connor Joe had a pinch-hit single as part of the four-run fifth.

Ji-Man Choi had two hits and two RBIs for Tampa Bay. Tommy Pham walked in the first inning to extend his on-base streak to 41 games, an ongoing franchise record dating to last season.

The Rays entered the day 6-2, their best start in club history, but couldn't hold an early lead.

"They had some good at-bats they pieced together," Tampa Bay manager Kevin Cash said. "We probably didn't help ourselves out but they made some good plays for their starter."

Travis Bergen (1-0) retired one batter in relief of starter Jeff Samardzija to earn his first career victory. Will Smith pitched the ninth for his third save.

"I'm just glad I was able to get the guy I was supposed to get," Bergen said. "I kind of snaked it in there."

Pillar kept the Rays from breaking the game open in the fifth with a diving catch in center field. Tampa Bay loaded the bases with one out when Pham hit a sinking liner into the gap in right-center that Pillar snagged. Daniel Robertson scored on the sacrifice fly. Cash called it the play of the game. "They did things really well and limited us offensively," Cash said.

Samardzija had an uneven outing, allowing three runs and six hits in 4 2/3 innings in his second start since missing the final 2 ½ months of last season due to shoulder inflammation. The right-hander, who last won on April 20, 2018, relied heavily on a slider he began tinkering with in the offseason.

"When I'm throwing that slider in good spots it's usually a good day," Samardzija said. "For the most part it was. They just got me there in the fifth."

Rays: Cash had hoped to give slumping SS Willy Adames the day off. Instead, Adames singled and scored as a pinch-hitter in the fifth and singled in the ninth. Adames entered the day 1 for 27.

Tampa Bay Rays
share story
those were the latest stories
Want to see more?
View All Stories
Fox Sports™ and © 2021 Fox Media LLC and Fox Sports Interactive Media, LLC. All rights reserved. Use of this website (including any and all parts and components) constitutes your acceptance of these Terms of Use and Updated Privacy Policy. Advertising Choices. Do Not Sell my Personal Info