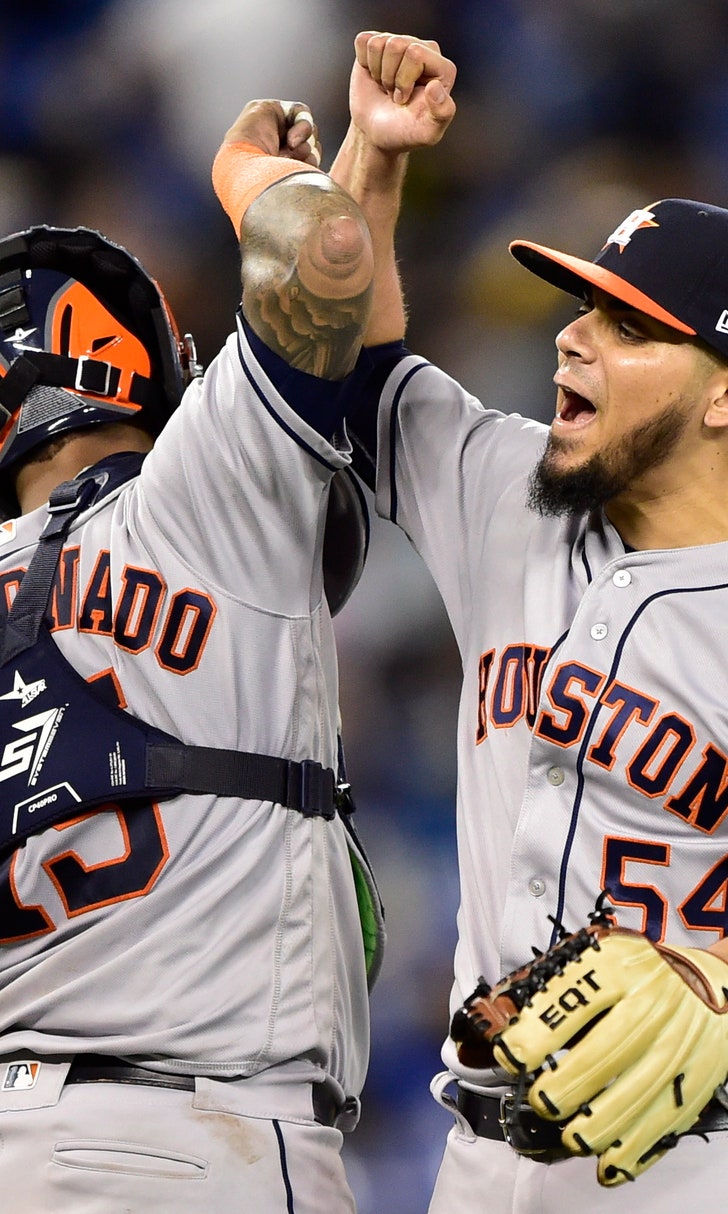 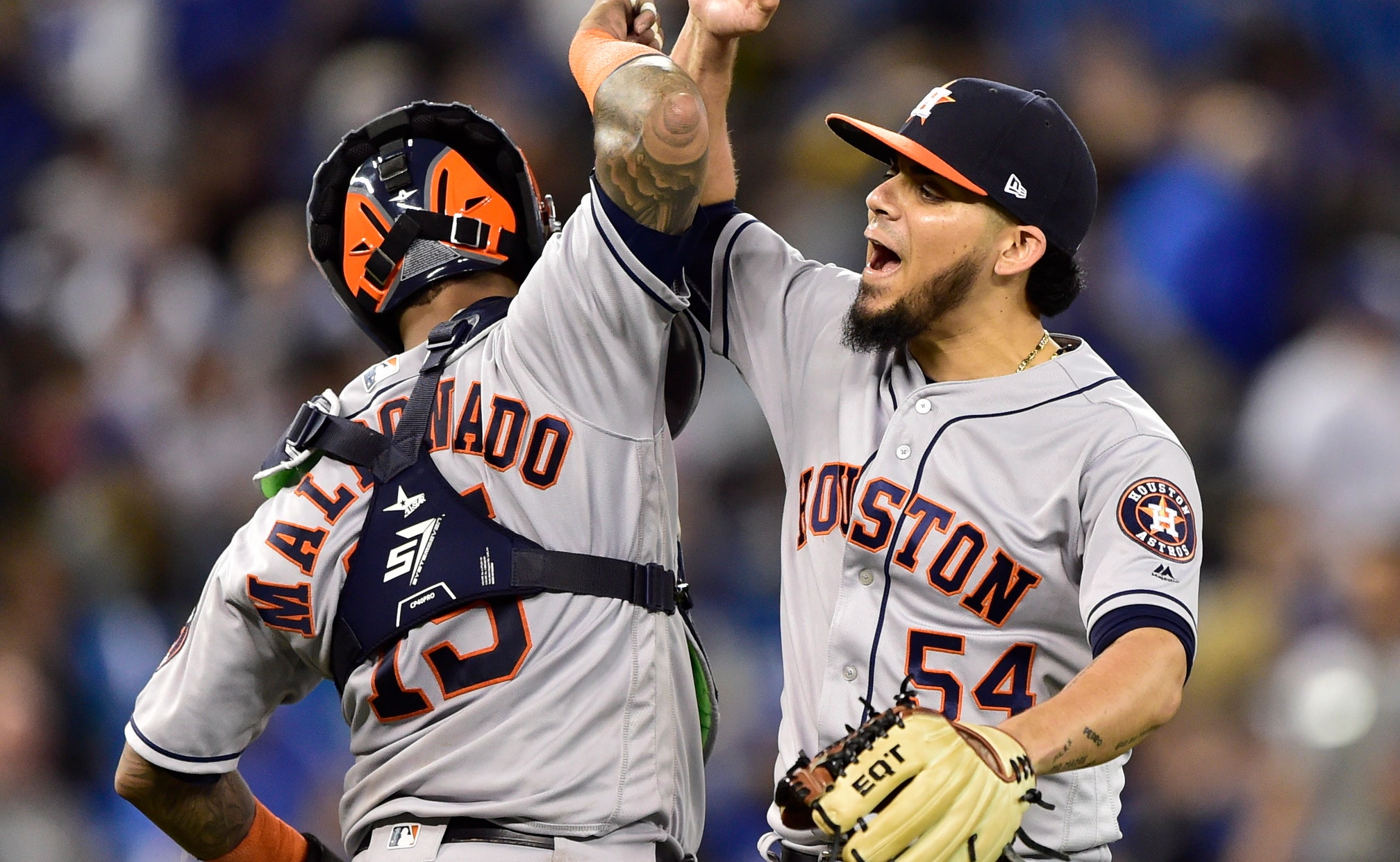 TORONTO (AP) — The Houston Astros moved their celebration from the team hotel to the clubhouse.

The Astros marked their second straight AL West title by dousing one another with wine and beer and enjoying cigars after Wednesday's 3-1 loss to the Toronto Blue Jays.

"We're getting used to this," infielder Alex Bregman said. "I like it."

It was the second celebration of the day for the Astros, who clinched the division just after 2 a.m. Wednesday when Oakland lost at Seattle 10-8 in 11 innings.

The Twitter account of the defending World Series champions posted videos of players, coaches and their partners jumping up and down in celebration inside a meeting room at The Ritz-Carlton Toronto.

"It was pretty unique," ace Justin Verlander said. "There's been some unique scenarios, but not like that one."

Back inside the smoky, dripping clubhouse, the Astros enjoyed a party that was, in Verlander's words, "a little more traditional."

"I hope we do this three more times," he said.

Houston opens the AL Division Series at home on Oct. 5 against Central Division champion Cleveland. Before Wednesday's game, Bregman said he was "super pumped" to repeat as division winners.

"We haven't had the smoothest of rides, a little adversity along the way, but we've pushed through it and we're playing good baseball at the right time," he said.

Left-hander Dallas Keuchel was among those who stayed up to watch the A's play Tuesday night at Safeco Field. Having celebrated late into the night, Keuchel was taking it easy at Wednesday's postgame party.

"I usually drink a little bit at these but I'm still hurting from last night," Keuchel said.

Second baseman Jose Altuve said he was proud of his teammates for wrapping up a repeat division title.

"We're having a lot of fun," Altuve said. "I think we deserve this, we all deserve this."

Manager AJ Hinch, who stayed away from the hotel gathering because of a minor illness, decided to get involved in the clubhouse celebrations.

"It probably set me back a couple of days, but it's worth it," Hinch said. "There's one team that can repeat, and that's us. We need four celebrations and 11 wins. Those are all the points that this team needs to know."

Hinch spoke to the Astros before Wednesday's game to congratulate and thank the players, and to remind them of the task ahead.

"I'm so proud of this team," Hinch said before the game. "To go back-to-back 100 wins, back-to-back division championships, it's not easy to do what we're doing, so I do want out guys to relish in it."

"It's something we would like to accomplish," Verlander said. "Selfishly, I think we've got the best Houston Astros team ever assembled. Having the record to show that would be nice."

Houston is now turning its attention to the Indians.

Houston's success the past two seasons is particularly meaningful to Altuve and Keuchel, who each suffered through multiple 100-loss campaigns in their first years with the team. The Astros lost a combined 324 games from 2011-2013.

"You've got to take a second to think about how good it feels," Keuchel said. "Being a part of two 100-loss seasons back-to-back when I first got called up and then now being part of part two consecutive 100-win seasons is pretty special."