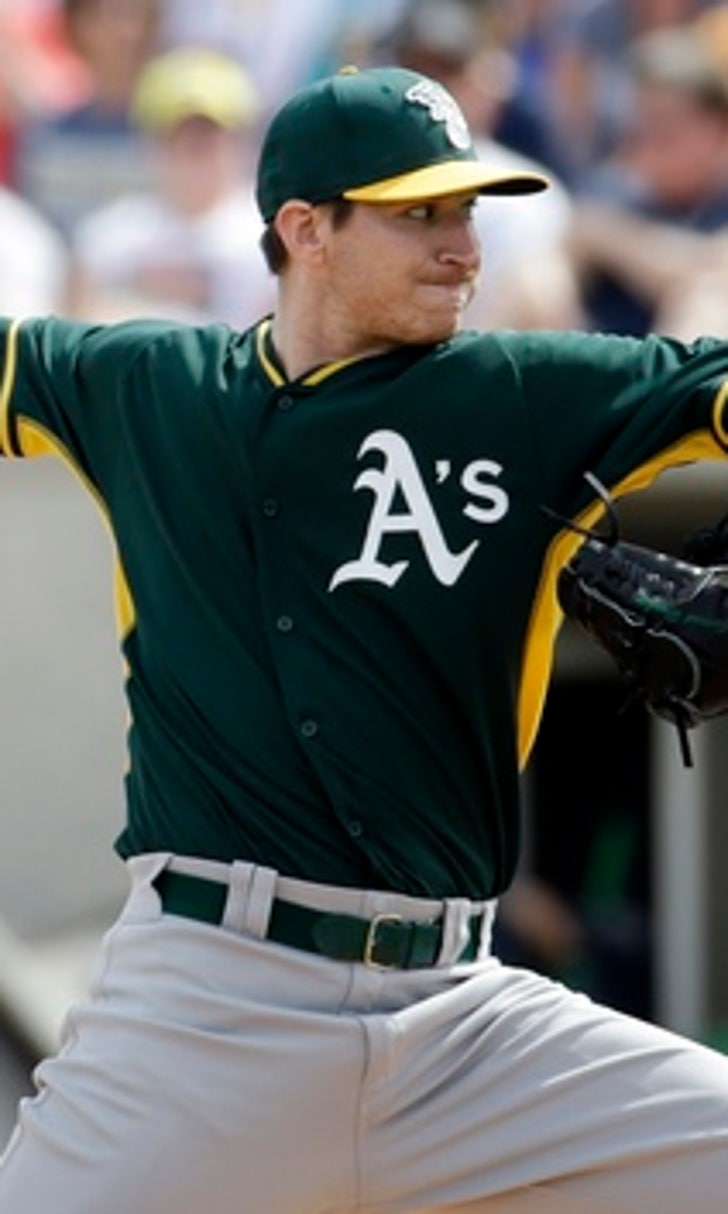 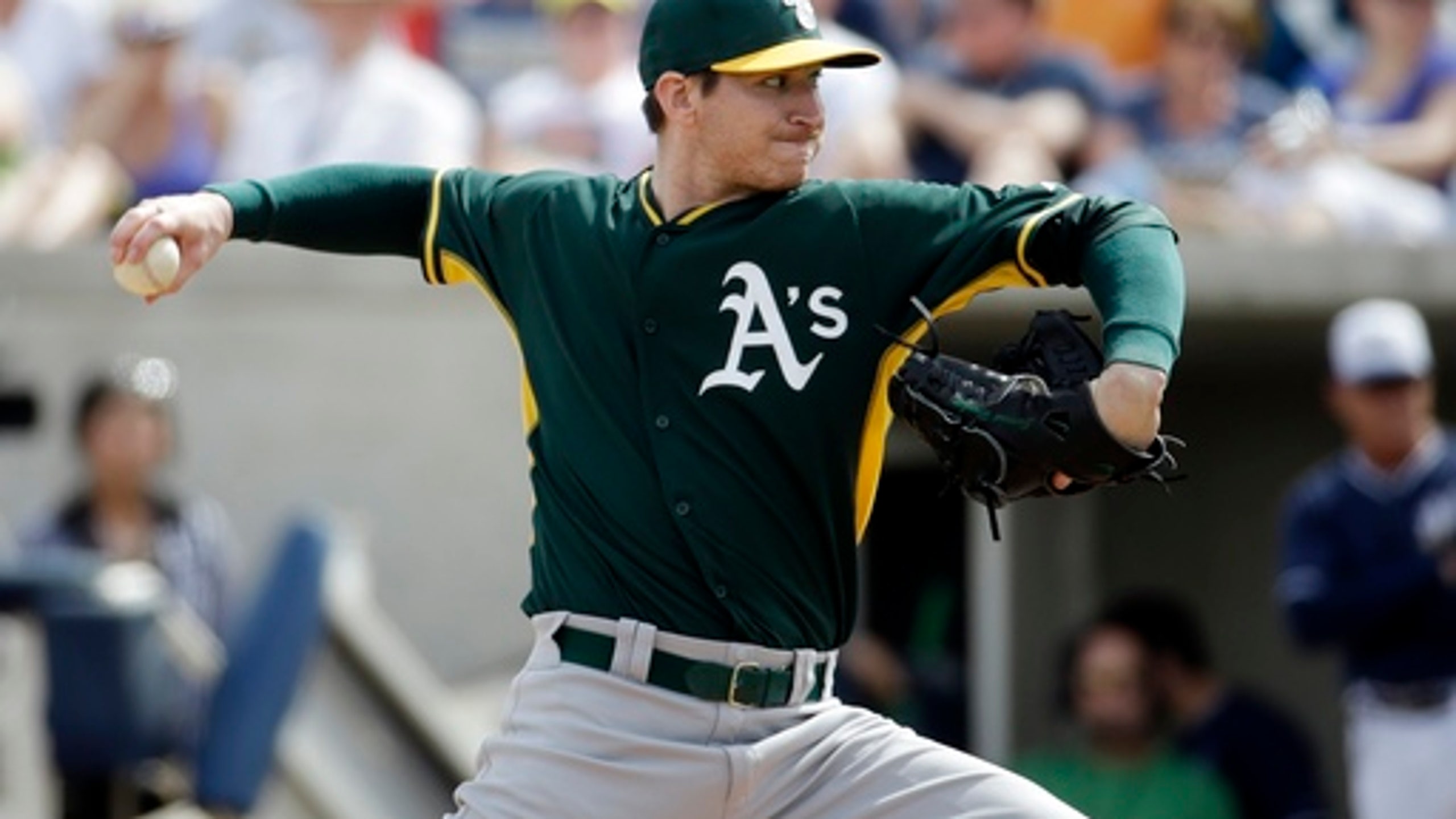 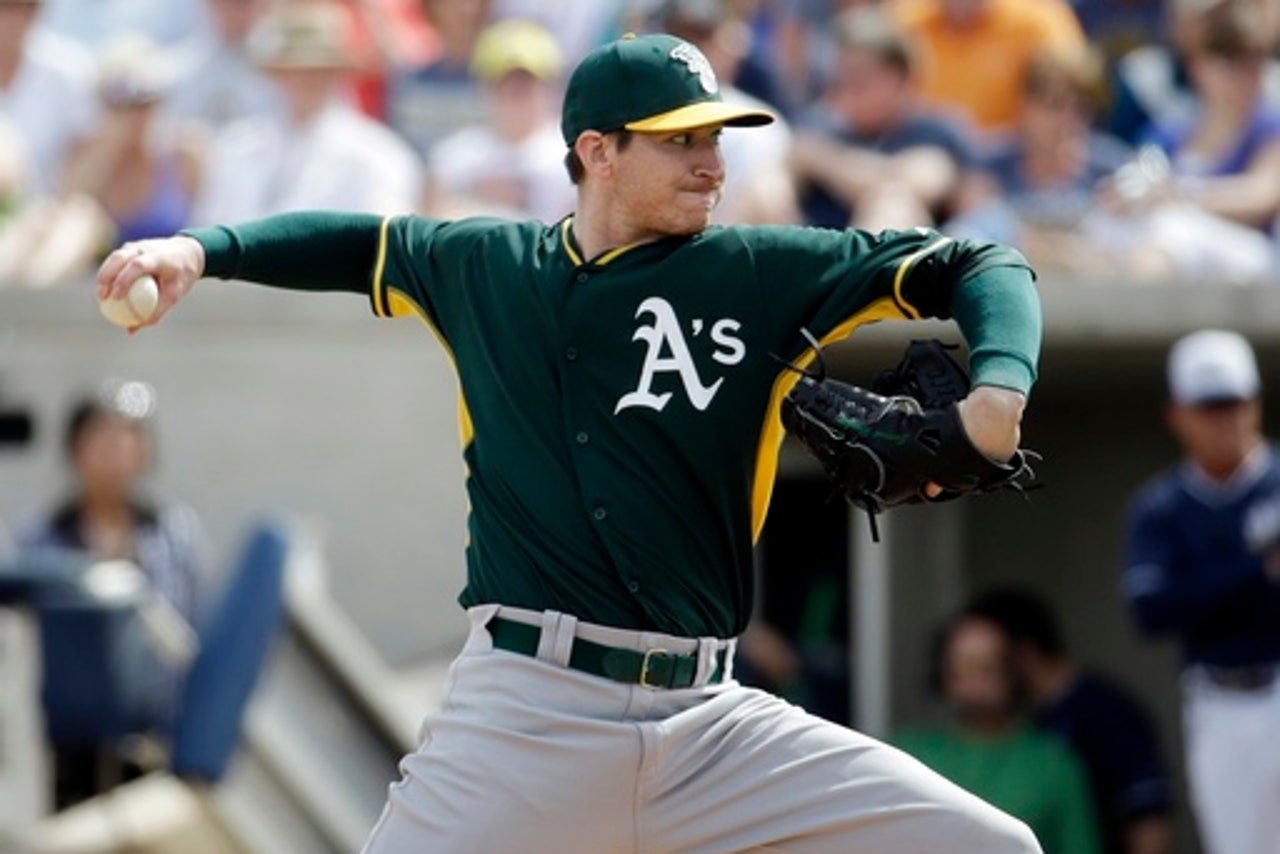 The Athletics said Friday that an MRI showed the right-hander had broken the medial epicondyle in his right elbow.

"I spent the morning with him. It's tough," manager Bob Melvin said. "The guy's fought so many times to put himself back in position. We're talking about an elite guy to go through this as many times as he can says a lot about his tenacity. It is another huge setback for him."

The 27-year-old, selected by Arizona in the first round of the 2007 amateur draft, has not pitched in the major leagues since the 2013 AL Division Series.

He had Tommy John surgery on Oct. 28, 2009, and again on March 24, 2014. He first broke his elbow on May 8 last year while pitching for Triple-A Nashville during an injury rehabilitation assignment.

Parker has a 25-16 record in parts of three seasons and once went a team-record 19 straight games without a loss.

"We're all sad," fellow pitcher Chris Bassitt said. "The entire organization is pretty sad. Honestly, the baseball community is definitely sick about it, the fourth one in 2 1/2 years. It's absolutely ridiculous to even fathom that."