Arizona, San Diego could work out deal for DiPoto

It's too early to rule out Jerry DiPoto, Diamondbacks vice president of player personnel, as a candidate to become the next general manager in San Diego.

Yes, there is an agreement between the Padres and Diamondbacks that forbids San Diego CEO Jeff Moorad from hiring an Arizona employee as his general manager.

And as of Thursday night, the Diamondbacks hadn't received any requests to interview their employees for the job.

But could the stipulation be waived if the Padres were willing to include a player — or other compensation — in order to acquire the executive?

When asked late Thursday whether the Diamondbacks would consider waiving the provision if the Padres made such an offer, Arizona team president Derrick Hall said, "We would listen and would gauge our employee's interest before allowing."

So, it doesn't appear that the Diamondbacks are certain to block DiPoto from being considered for the job. And Moorad, a former Diamondbacks managing partner, has a very high opinion of DiPoto.

DiPoto has been a finalist for recent GM openings in Seattle and Washington. Moorad told the San Diego Union-Tribune over the weekend that DiPoto was not on his list of candidates, citing the "gentleman's agreement" between the clubs.

But Moorad didn't respond to a Thursday e-mail, asking if he was still certain that the new GM won't come from Arizona.

While scouts are speculating that the same logic could apply to Arizona manager A.J. Hinch, one source with close knowledge of the situation said there is "zero chance" that Hinch would leave the Diamondbacks dugout to become the San Diego GM.

Multiple industry sources have indicated over the last 24 hours that Red Sox assistant GM Jed Hoyer is a strong candidate for the San Diego job. The Padres also have shown interest in Rangers assistant GM Thad Levine but have yet to request permission to interview him, one major league source said.

One way or the other, it doesn't appear that Moorad is close to making his pick.

Some in the industry also expect Dodgers assistant general manager Kim Ng to be considered. Ng interviewed for GM openings in Los Angeles (2005) and Seattle (2008) and would become the first female GM in baseball history.

The A's have said that their assistant GM, David Forst, is not a candidate.

Almost exactly one year ago, the Seattle Mariners surprised many in baseball by hiring Jack Zduriencik, then a high-level scouting executive with the Milwaukee Brewers. The Mariners were drawn to Zduriencik's ability as a talent evaluator, and he presided over a 24-win turnaround.

It remains to be seen if Moorad will consider any Zduriencik types — veteran executives who have managed successful amateur scouting departments — for the San Diego opening. Moorad hasn't asked for permission to speak with a number of officials who would match that general description: Eddie Bane (Angels), Logan White (Dodgers), Damon Oppenheimer (Yankees) or Bill Schmidt (Rockies). 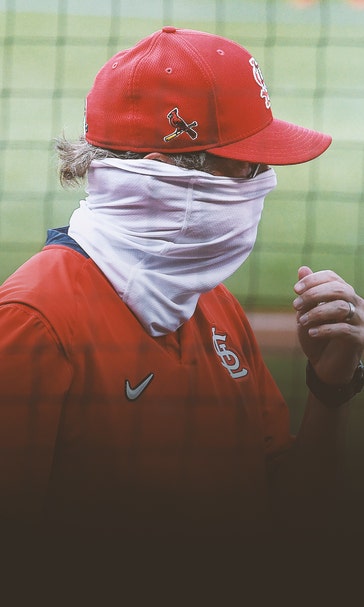 Cubs-Cardinals Postponed For COVID
Friday's game between the Cardinals and Cubs has been postponed due to another positive test in the St. Louis organization.
43 mins ago