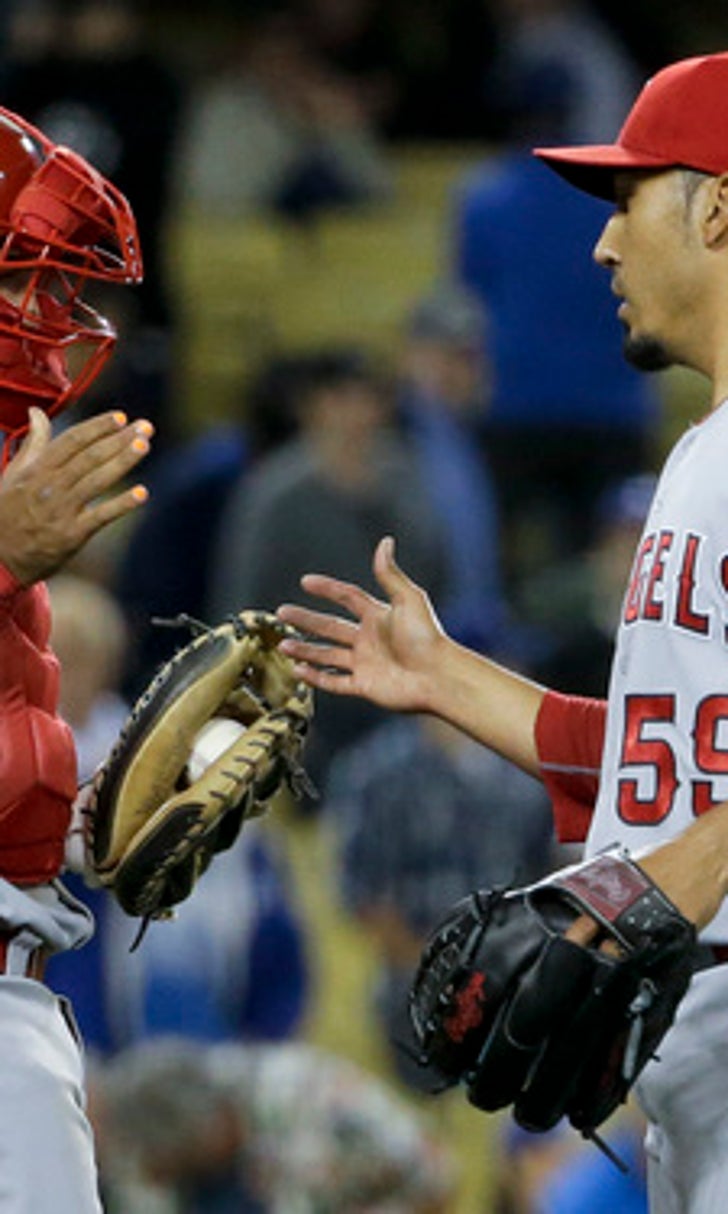 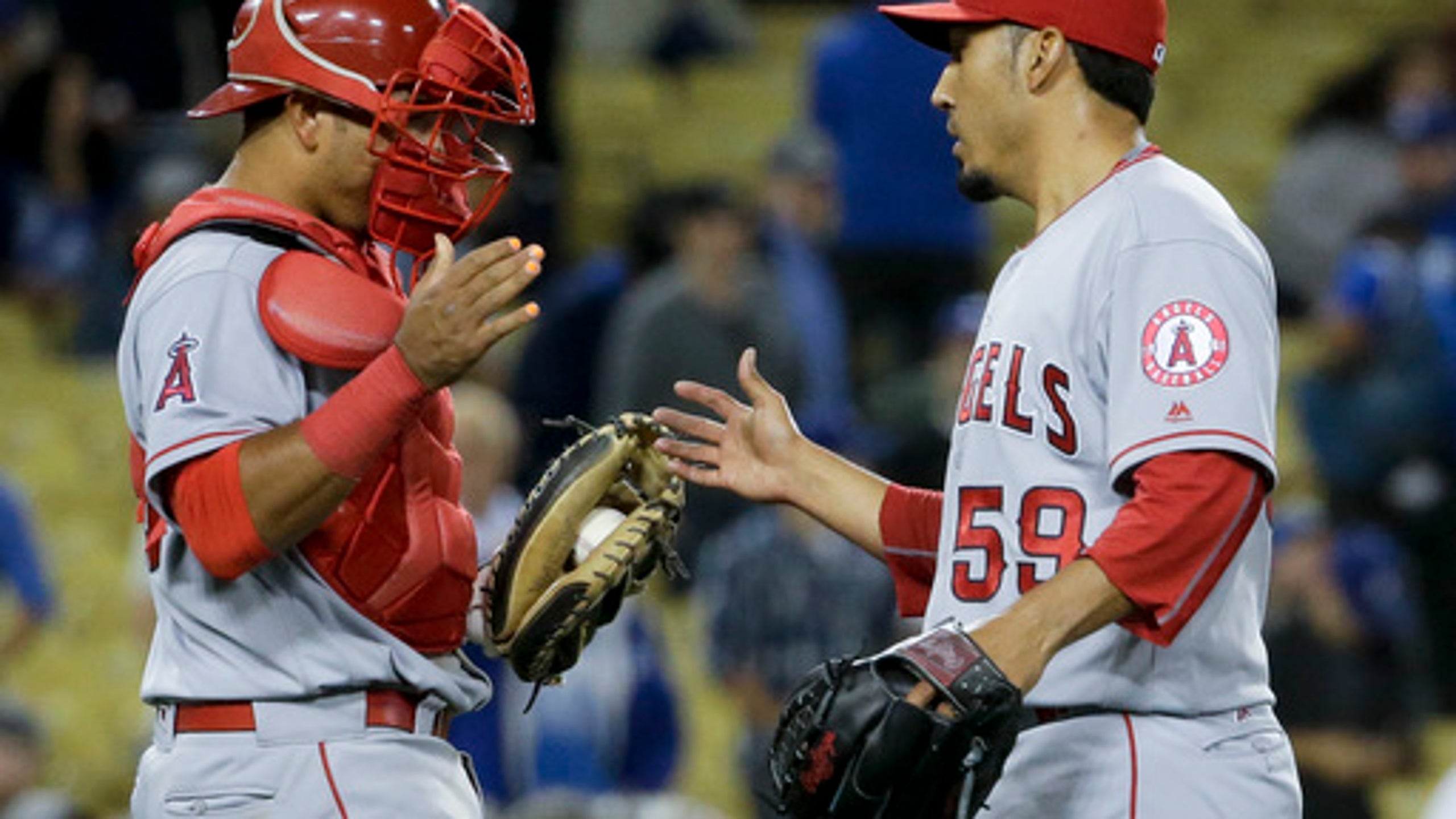 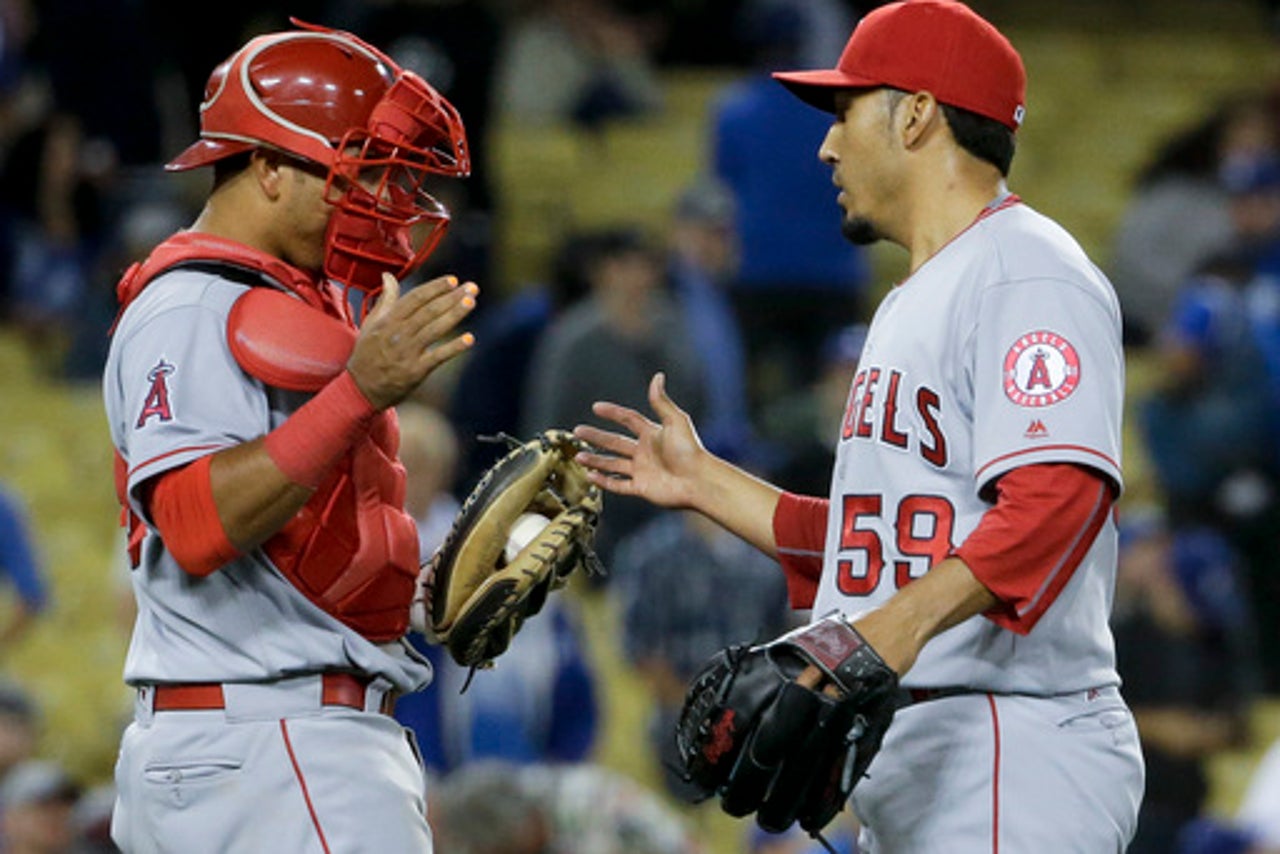 LOS ANGELES (AP) Led by Albert Pujols and Mike Trout, the Los Angeles Angels' offense is starting to come around. Now if only they could preserve their injury-plagued rotation.

Pujols and Trout combined to drive in six runs and the Angels beat the Los Angeles Dodgers 7-6 on Monday night for their fourth straight win in the opener of the Freeway Series.

''Albert is starting to find some holes. We're doing a little more offensively,'' manager Mike Scioscia said. ''We set the table all night.''

Matt Shoemaker (2-5) allowed three runs and six hits in five innings, struck out five and walked two. The right-hander made it past four innings for just the second time this season in snapping his personal four-game skid with his first win since April 13.

Fernando Salas retired the side on 11 pitches in the ninth for his second save, ending a game that lasted four hours.

Pujols singled in two runs in the seventh, extending the Angels' lead to 6-3. Reliever Pedro Baez allowed three runs and four hits in the inning, including a sacrifice fly by Johnny Giavotella. Pujols went 3 for 4 with three RBIs.

''Sometimes things go through a tough stretch,'' Pujols said. ''It hasn't clicked the way we wanted but we have a lot of baseball yet.''

The victory snapped the Angels' four-game skid at Dodger Stadium after the Dodgers won five of six in last year's series. The Dodgers fell to 9-12 at home.

Japanese rookie Kenta Maeda (3-3) continued his struggles after an impressive start to his first season in the majors. The right-hander tied a career high by giving up four runs and five hits in four innings - his shortest outing yet - struck out five and walked two. In his previous start last Wednesday against the Mets, Maeda took the loss, yielding four runs and six hits in five innings. He has gone 0-3 with a 5.82 ERA in his last four starts after opening the season 3-0 with a 0.36 ERA.

''I haven't been able to execute my plan,'' Maeda said through an interpreter. ''During the good times, I'm a little bit more careful. Even with runners on base, I've been able to get out of jams. But in a lot of situations these days that hasn't been the case.''

Trayce Thompson hit two homers, including a two-run shot in the eighth that drew the Dodgers to 7-6. He has five homers in his last eight games since May 3.

''Trayce is doing a lot of good things. He is definitely deserving of more playing time,'' Dodgers manager Dave Roberts said. ''He has got a bright future.''

Angels: RHP Garrett Richards had a stem-cell injection Monday in his right elbow in an attempt to avoid surgery for a torn ligament. ... LF Nava departed with a left groin strain and will have an MRI on Tuesday. Scioscia said he could go on the DL. ... LHP C.J. Wilson, on the DL with left shoulder inflammation, threw a 40-pitch simulated game.

Dodgers: 1B Adrian Gonzalez left the game with lower back tightness and is day-to-day. ... LHP Hyun-Jin Ryu, on the DL recovering from shoulder surgery a year ago, is set to make his second rehab start Friday for Single-A Rancho Cucamonga.

The Angels won an appeal of a video replay in the seventh. Pujols was called out for taking off too early from first base on Giavotella's sac fly for the third out of the inning. The review took 1 minute, 38 seconds, although both managers were on the field and the umpires convened for a long conversation before the review.