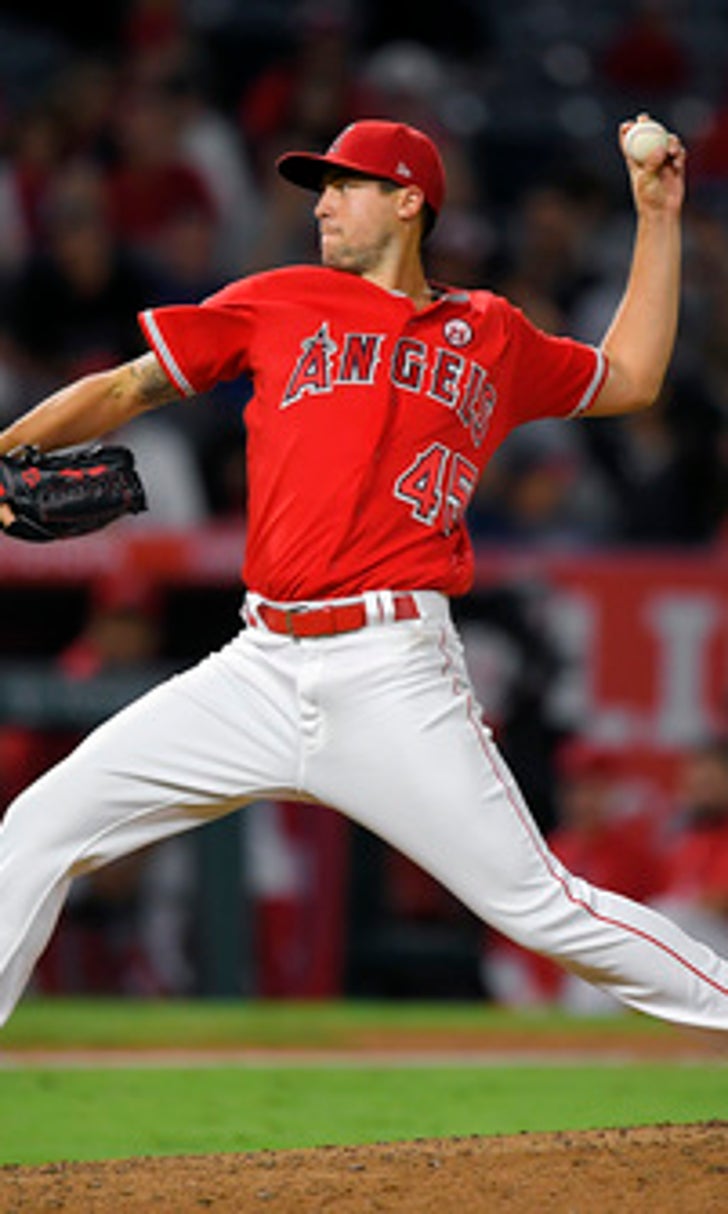 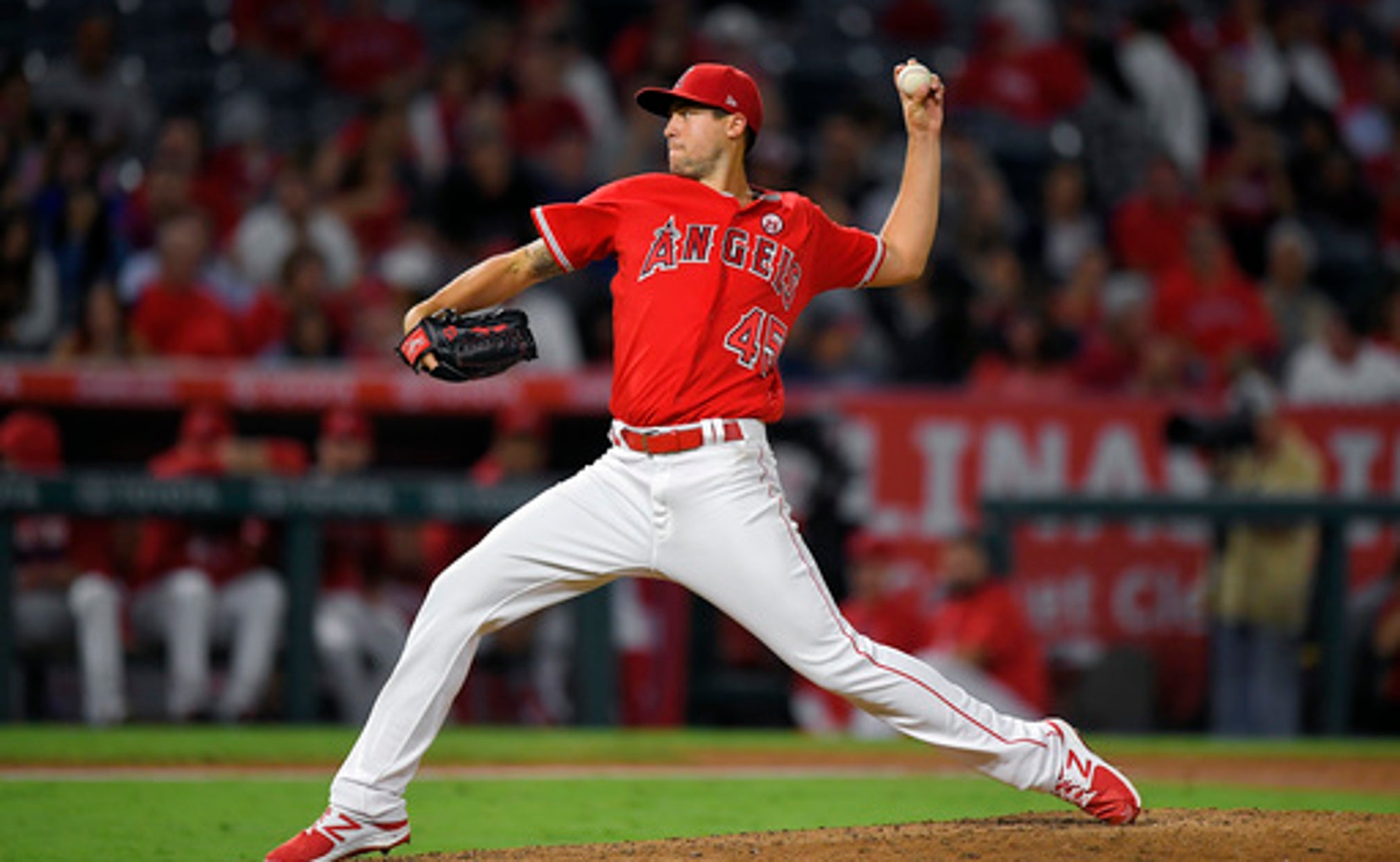 ANAHEIM, Calif. (AP) A team looking to set the tone early could not have done much better than the Los Angeles Angels on Wednesday night.

Powered by five extra-base hits, they scored five runs in the first inning, and left-hander Tyler Skaggs started putting up zeros on the mound.

And when it was over, the Angels had romped their way to a 9-1 victory over the Houston Astros to remain two games back of Minnesota for the second AL wild card with 14 to play.

''When we got pitches to hit tonight, we did not miss them,'' manager Mike Scioscia said.

''He just couldn't get into the game,'' Houston manager A.J. Hinch said. ''Five extra-base hits in the first inning is a tough tone to set.

''We really didn't come back and it made for a long night.''

But on Wednesday he was in complete control. He held the Astros to three hits in his seven innings, walking one and striking out five. It was his first victory since April 22.

''I hope Tyler can bottle that,'' Scioscia said. ''That's a tough lineup. You couldn't pitch much better than he did tonight against those guys.''

The Angels finished with 13 hits, eight for extra bases. They had six doubles by six players, a two-run homer from Luis Valbuena to cap the five-run first and a solo homer from Justin Upton off Tyler Clippard in the sixth.

It marked the 250th career homer for Upton, who is in his 11th major league season. It also gave him 100 RBIs on the year.

Valbuena's home run was his 20th of the season and the ex-Astro added an exclamation point with a big bat flip that did not go unnoticed by Fiers.

''I took it as disrespect,'' Fiers said.

The next time Valbuena came up, Fiers unleashed a pitch at least 2 feet over his head that sailed to the backstop. Home plate umpire Cory Blaser immediately warned both benches. Hinch would not comment on the pitch.

''If you think it's deliberate, you can throw him out of the game,'' Scioscia said. ''Obviously he's not that wild.''

Said Valbuena: ''I enjoyed my home run. If they want to hit me, that's OK. But if I hit another home run, you'll see what happens.''

The loss was Houston's fifth in its last six games, making this a tough September stretch.

After allowing two singles in the first, one on a bunt, Skaggs cruised the rest of the way. He faced the minimum over his last 19 batters, aided by a double play.

''I thought I mixed it up well tonight,'' Skaggs said. ''It was a strong game to hopefully build off.''

Skaggs said the early lead helped his cause, but he focused on being aggressive.

''It was definitely nice, but I still went out there and attacked,'' he said.

Astros: CF Jake Marisnick left in the third inning after failing to stretch a bloop hit into a double. He injured his right thumb on the slide into second. Hinch indicated Marisnick would fly back to Houston on Thursday ahead of the team. ''It doesn't look good,'' Hinch said.

Angels: 3B Yunel Escobar, out since Aug. 8 with a strained oblique, is still restricted from baseball activities after aggravating the injury during his rehab stint.

Angels: Struggling RHP Ricky Nolasco (6-13, 5.19) will attempt to get back on track against his favorite opponent. Nolasco is 7-2 with a 3.82 ERA in 12 appearances vs. the Astros, his highest winning percentage (.778) against any major league team.