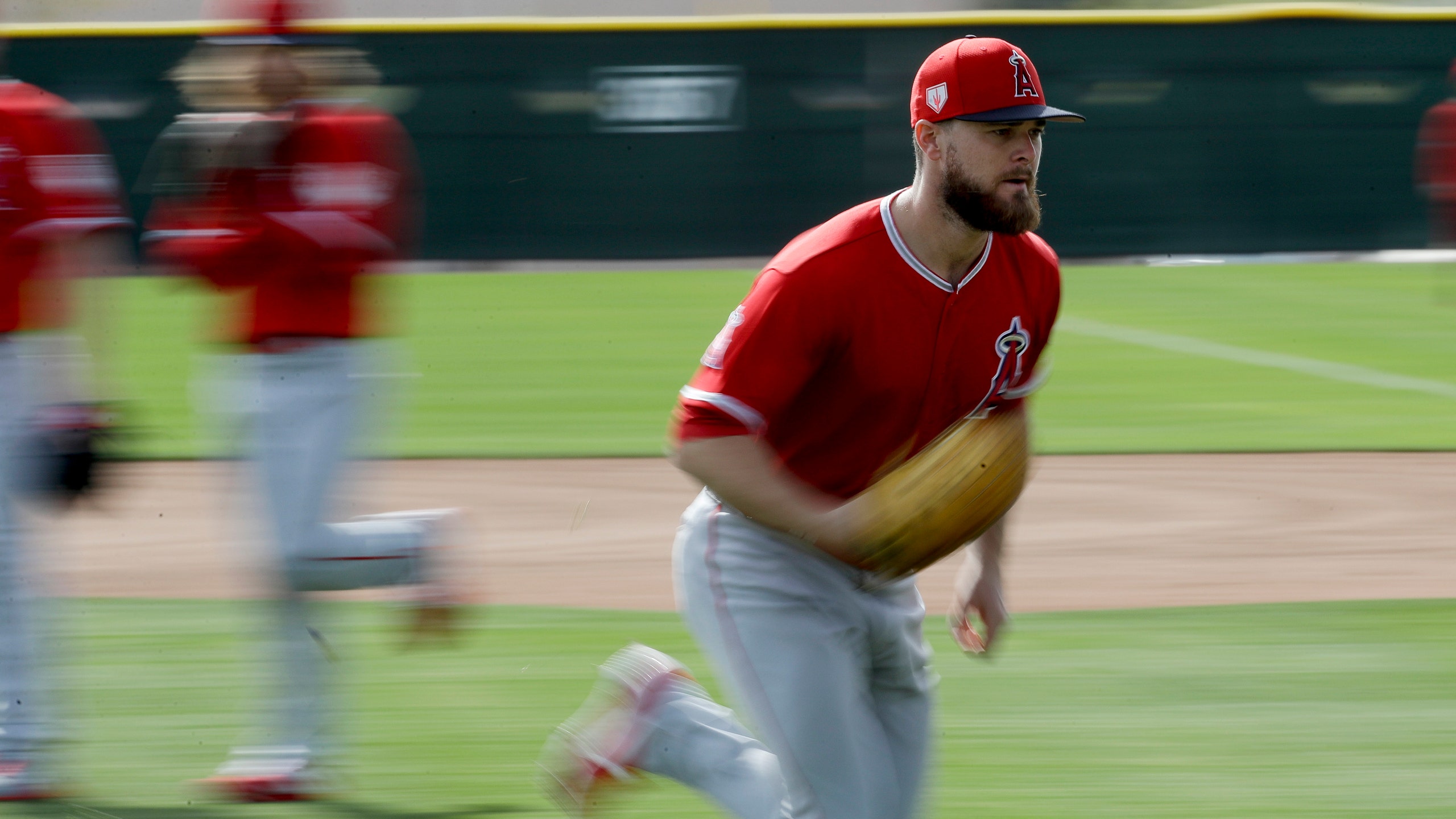 Shohei Ohtani won AL Rookie of the Year last season as a pitcher and designated hitter. Now they're taking a look at Jared Walsh, a combination left-handed reliever-first baseman-outfielder.

"I'm just trying to keep it simple," said Walsh, a non-roster invitee to the Angels' camp. "Just hit, just pitch and have fun, be a baseball player, really."

Manager Brad Ausmus saw Walsh's versatility firsthand last season in a minor league game. Ausmus, then a special assistant to Angels general manager Billy Eppler, was watching the Triple-A Salt Lake team. Walsh started at first base, then came in to get the final out to close the game, which was one of the left-hander's four pitching appearances for the minor league team.

"I got lucky," Walsh said of his outing. "I hung a curveball and the guy popped it up to center and didn't hit it in the trees."

He had started as a two-way player in college at Georgia and the Angels talked to him in September about continuing his double duty this spring. Walsh jumped at the chance.

Ohtani, currently rehabbing from Tommy John surgery on his right elbow, is a starter, while Walsh pitches in relief so the workload will be different.

"He's a front-line starter and I'm certainly not that," Walsh said. "I don't have any blueprint per se because I've never done this before. I think the demands on him were more taxing than me for sure.

The plan, Ausmus said, is to have Walsh pitch, play first base and get some work in the outfield as well this spring.

"We feel he has a chance to do both at the major league level, especially with the season he had offensively," Ausmus said. "It'll be a balance and a little easier balance because it's a relief role, especially in spring training where everything is kind of controlled but he's going to do both."

Both Ausmus and Walsh expect to see more teams develop players who can multi-task.

"Not everybody is going to be as good as Ohtani," Walsh said, "but if you can get value out of a player who can do both, I mean, he might not be a Cy Young award winner or a triple crown winner but at the same time you're getting value out of the player. I definitely think as long as they can come up with a good plan to keep the players healthy, it's something we'll see more of in the future."

The Rays have minor leaguer Brendan McKay, who reached the high Class A level as a first baseman and left-handed pitcher. Matt Davidson, now with the Rangers, also was considering doing both.

"Usually you talk about versatility in terms of playing a bunch of different positions," Ausmus said. "Now, if you can play positions and pitch, now it's the ultimate versatility."

Walsh is willing to try.

"I don't think I'm any sort of a trailblazer," Walsh said. "I think if you can get value out of a player who can do a little bit of both, why not give it a try?"