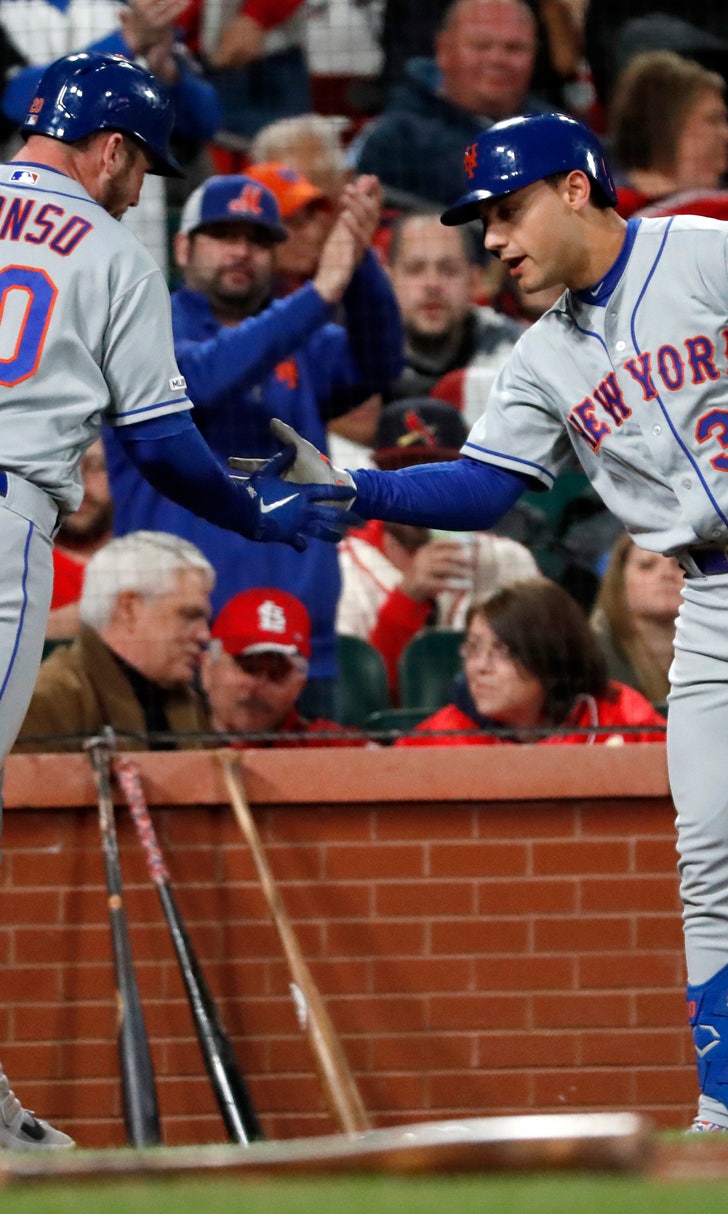 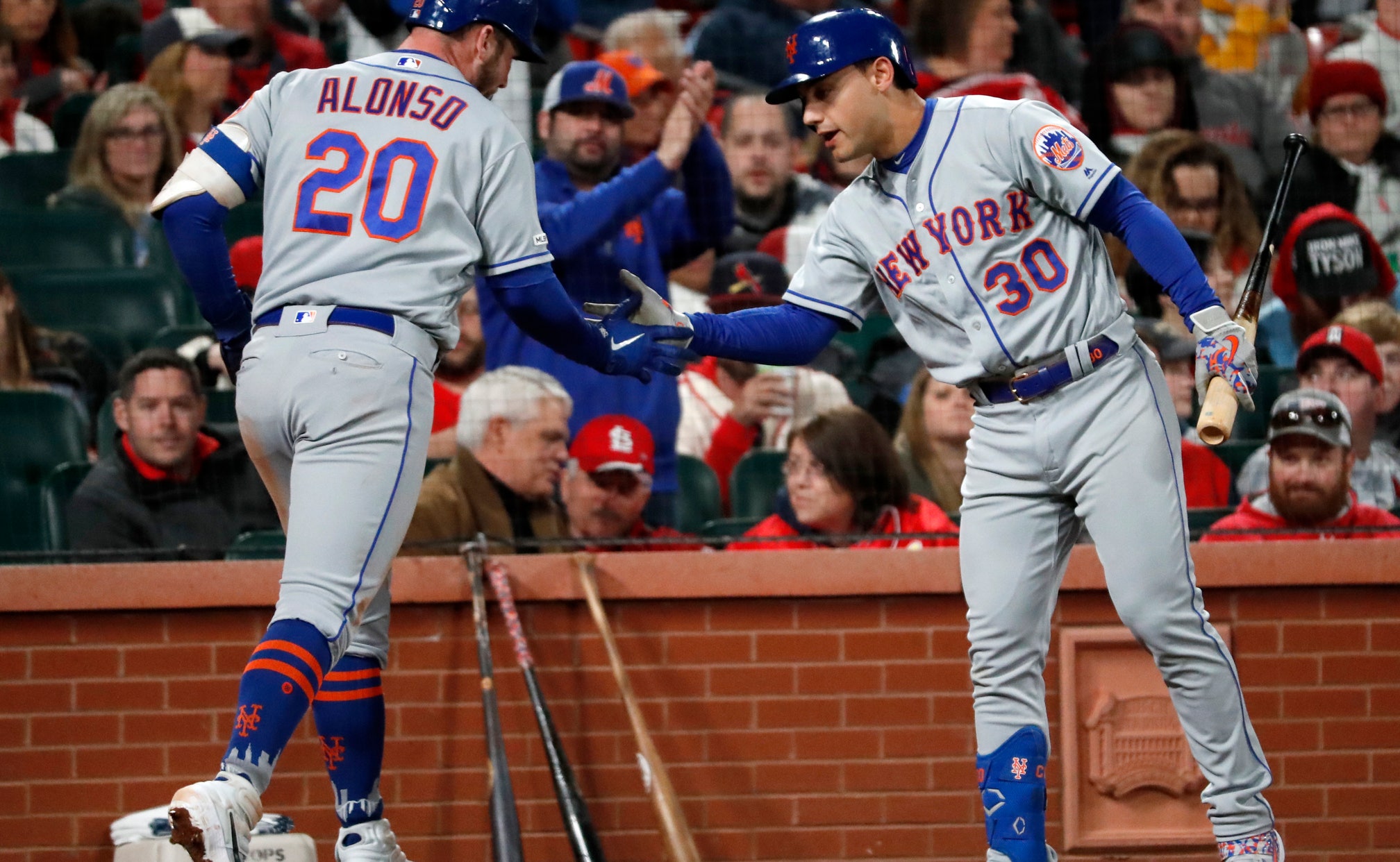 "He just grinds out every at-bat," Mets manager Mickey Callaway said, "and if somebody makes a mistake, he just hits it hard."

Alonso homered off Ryan Helsley in the sixth, sending the ball 432 feet into the grassy hill in center — and it turned out to be the winning run.

"The guy on the mound was throwing cheeseballs up there. I think he was like 98, 99 (mph) tonight," Alonso said. "He supplied the power for me, and then I just took a nice easy swing. Thankfully, I caught it on the sweet spot and it went out for me."

What exactly does it mean to be throwing cheeseballs?

All seven of Alonso's homers have come off relief pitchers — but this was his first longball before the seventh inning.

"I want to stay the same Pete Alonso inning one through inning nine," Alonso said. "Keeping a neutral attitude throughout the game, I think I can definitely attribute that to having success."

Edwin Diaz retired Yadier Molina on a flyball with runners at the corners for the final out to earn his seventh save.

Lane Thomas hit a two-run homer in his first major league plate appearance, connecting in the sixth. His shot scraped the top of the right-field wall and originally was ruled in play by first base umpire and crew chief Paul Emmel.

The call was overturned on a crew chief review, and Thomas trotted home from third to a dugout celebration after becoming the 10th player in St. Louis franchise history to homer in his first career at-bat.

"It's the stuff you dream about as a kid," Thomas said. "I was just trying to hit something hard and he kind of doubled up on a slider. I happened to hit it up in the air. It was good."

Mets starter Jason Vargas allowed one run on three hits in four innings after only recording one out in his previous start April 13 at Atlanta.

"It had been 17 days since he had thrown 65 pitches, so the pitch count really got to him," Callaway said. "Seventy-five pitches and he was done. He was kind of spent."

Seth Lugo (1-0) took over and got the win despite giving up two runs in two innings. Robert Gsellman escaped a first-and-third, one-out jam in the eighth.

Jeff McNeil moved from left field to third base to begin the bottom of the ninth, and made a leaping grab on Paul DeJong's liner for the second out. Marcell Ozuna then walked and took third on a single by Jose Martinez before Diaz got Yadier Molina to line out to center to end it.

Robinson Cano, who finished with three hits, was the first of four straight Mets to reach base with two outs in the first inning when he doubled off Adam Wainwright (1-2). Michael Conforto walked, and Wilson Ramos and J.D. Davis followed with RBI singles.

Wainwright allowed three earned runs and eight hits with three strikeouts and three walks. He was pulled after Cano doubled in the fourth, his shortest outing since going 2 1/3 innings on May 13, 2018, at San Diego.

"They put a great game plan on me, and executed their plan," Wainwright said. "I gave up more hits tonight on the curveball than I've given up all season on the curveball in my combined other three starts. I think they came in sitting soft."

Martinez hit his first home run of the season in the fourth.

ACE ON THE SHELF

The Mets sent ace Jacob deGrom home for an MRI and placed him on the 10-day injured list retroactive to Tuesday with right elbow soreness.

"Jacob experienced some mild soreness in his throwing arm over the last 24 hours," GM Brodie Van Wagenen said in a statement. "His arm felt significantly better following treatment with our health and performance staff today."

"The good news is there's no surgery that looks like needs to be taking place," manager Mike Shildt said. "He's had a second opinion that was echoed with our medical staff."

Cardinals: RHP Miles Mikolas (1-1, 6.00) will be making his first career start against the Mets.