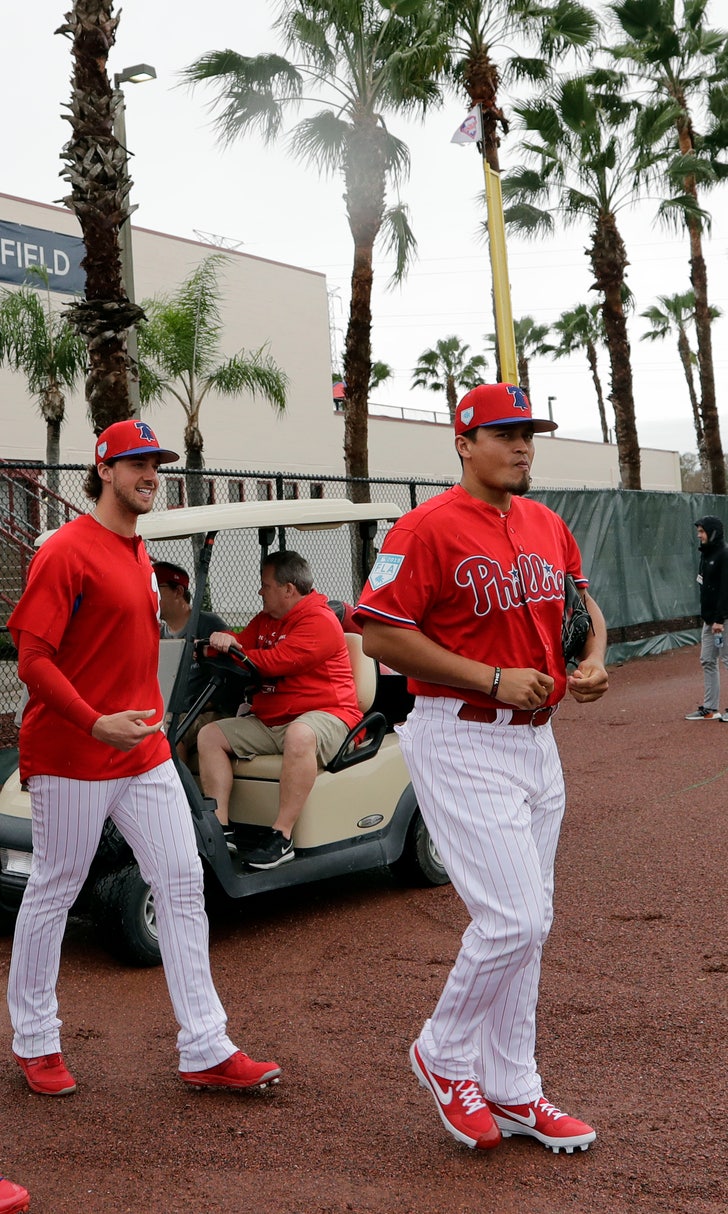 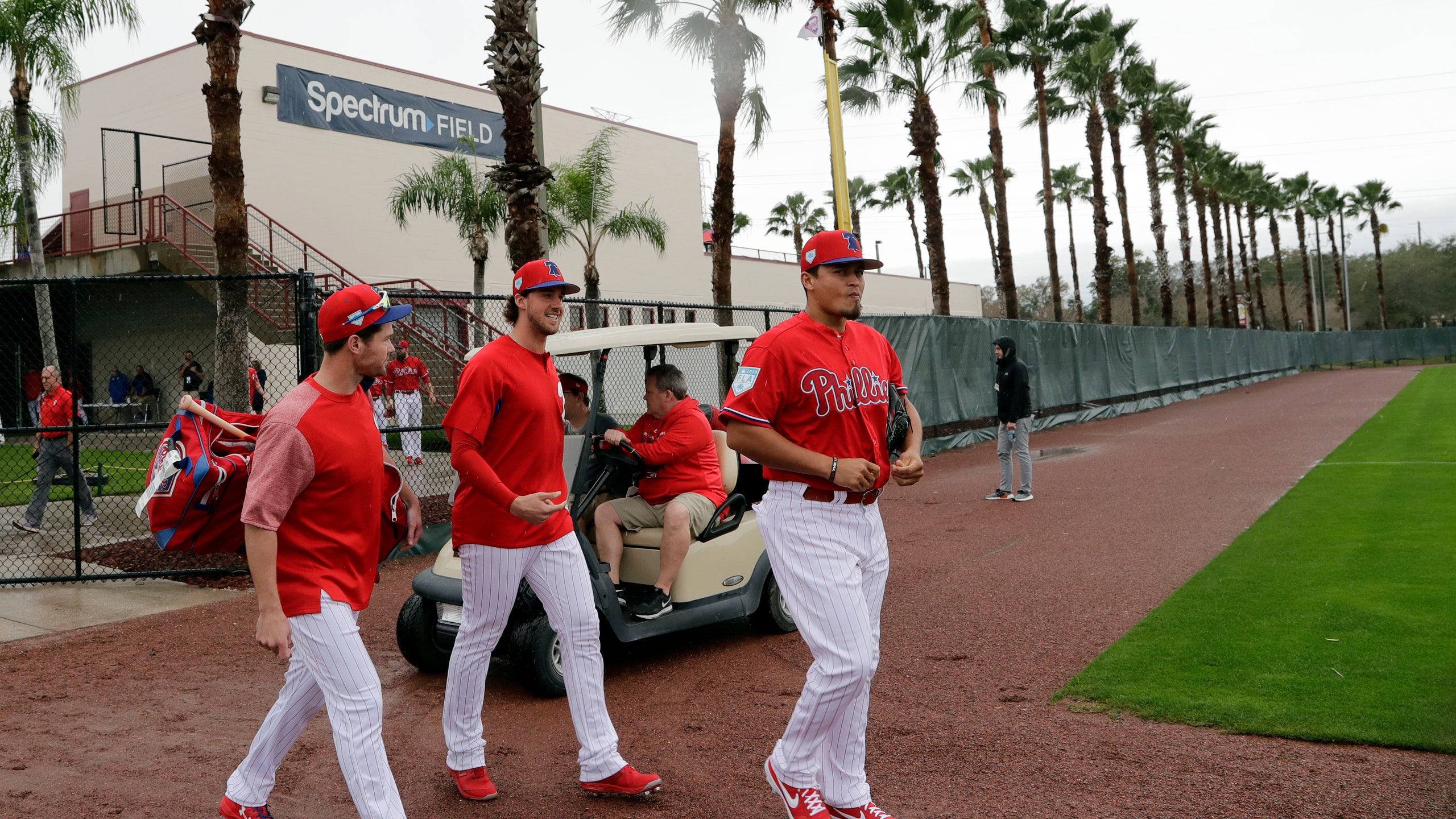 After getting big deal, Nola hopes for titles with Phillies

CLEARWATER, Fla. (AP) — Aaron Nola hopes to win titles with the Philadelphia Phillies, and a $45 million, four-year contract will give him a chance.

"This is pretty surreal and special for me," the pitcher said Thursday, a day after agreeing to the deal. "I love it here. I love the city of Philadelphia. I want to be a part of this organization — a winning organization."

His contract includes a 2023 club option that could make the deal worth $56.75 million over five years.

"I don't play specifically for the money," he said as parents and teammates watched at a news conference. "I play for the love of game and I play for my teammates. They know that. I'm here to win and maximize my potential as much as I can."

"There really is nobody that's more deserving of this than Aaron," general manager Matt Klentak said. "And not just for what he's done on the field but for the work ethic he brings to our team, the humility he brings. He really is the perfect fit for our team and our city."

Even without adding outfielder Bruce Harper or infielder Manny Machado, who remain on the free-agent market, Klentak feels like the organization has had a very productive offseason.

"We have done just about everything we set out to do," Klentak said. "At the beginning of the offseason we identified that we wanted to improve the team defense. We wanted to address our ability to get good hitters out late in the game, particularly left-handed hitters.

"We've addressed our offense in a couple of key places, most notably shortstop and behind the plate and now we've taken care of locking up our best young player. A lot of years that would be a very complete, thorough and successful offseason and I really think it is."