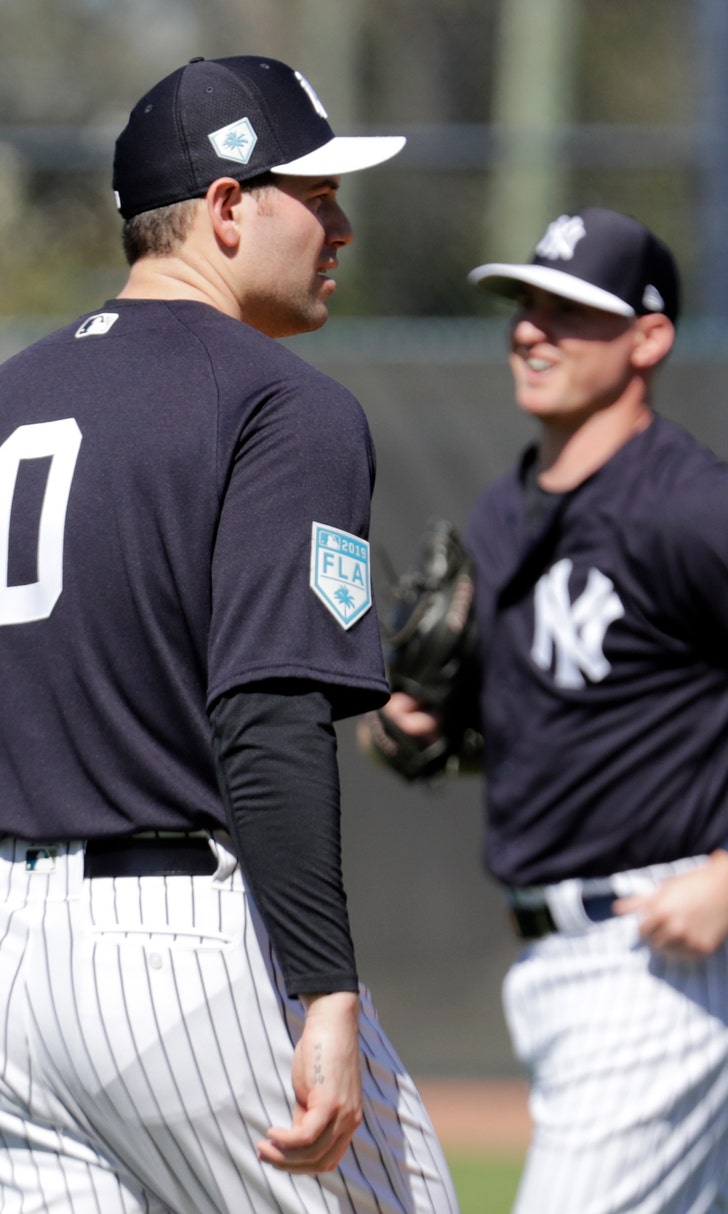 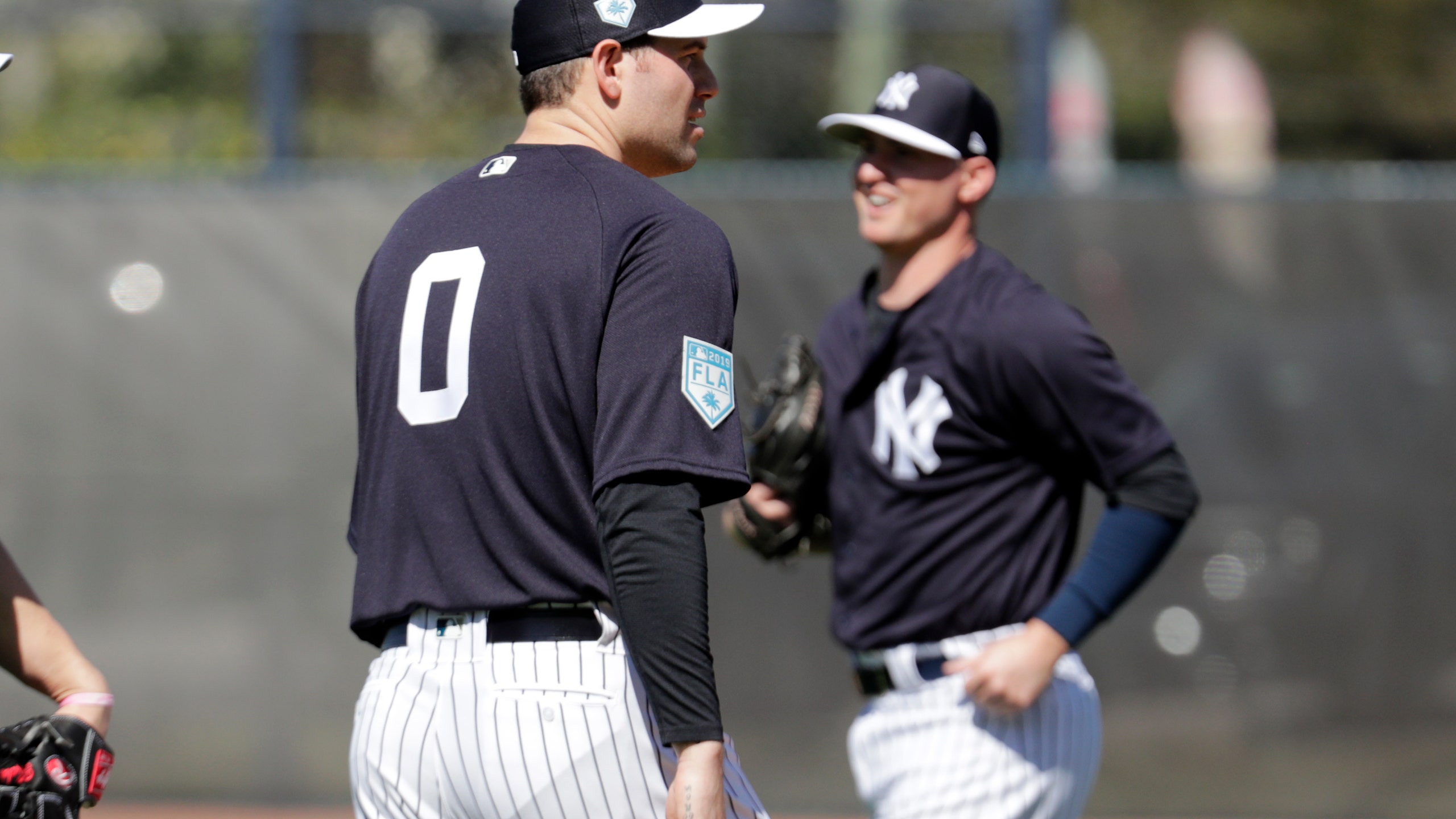 Adam Ottavino proud to be a 0 with Yankees

TAMPA, Fla. (AP) — Adam Ottavino has a bagel on his back, supplanting Derek Jeter in one small area of New York Yankees history.

The newly signed relief pitcher was playing catch at Steinbrenner Field during Thursday's opening workout of spring training, a white No. 0 on his dark blue practice jersey with the interlocking "NY" on the front. When he gets into a game, he will become the first player in the team's history to wear the number.

Jeter was thought to be the last player with a single-digit uniform on the Yankees, and his No. 2 was retired in 2017.

A Brooklyn native, Ottavino is wearing the number he used at Berkeley Carroll High School and for the past six seasons with the Colorado Rockies.

"I don't want to do anything to upset people, but I had to be myself and didn't know what the organization would think," Ottavino said. "So I said the ball is in your court. For me it's just a number. Something I'm comfortable with."

Yankees owner Hal Steinbrenner gave his approval for the number when Ottavino agreed to a $27 million, three-year contract.

New York also is not using the No. 13 worn by Alex Rodriguez and the No. 21 used by Paul O'Neill. New Hall of Famer Mike Mussina's No. 35 was issued to outfielder Billy Burns.

"It's just cool," Ottavino said. "It's a thrill. It's a team I grew up watching and rooting for. It's just a great opportunity for me."

Ottavino struck out a career-high 112 and walked 36 in 77 2/3 innings last year. The right-hander went 6-4 with a 2.43 ERA in 75 relief appearances. He joined a bullpen that includes Dellin Betances, Zach Britton and Chad Green as setup men for Aroldis Chapman.

Gary Sanchez, who had left shoulder surgery on Nov. 8, is not expected to play during the first week of spring training games but feels close to 100 percent.

"I'm very excited to have the opportunity to be healthy," Sanchez said through a translator. "Stay healthy throughout the whole season, that's my main goal."

Yankees manager Aaron Boone is optimistic that Sanchez will rebound from a dismal 2018, when the catcher hit .186 and lead the majors in passed balls.

"Just focus on the positive things and the future," Sanchez said. "To be honest, I forgot about last year already."

Boone said Chapman, slowed by knee problems last season, is feeling really good. "Obviously that's something that we'll keep tabs on," Boone said "I think he's excited about where he's at." ... LHP CC Sabathia played catch but won't start fielding drills or throw off a mound until around March 1. ... Betances will miss the first few days of workouts following the birth of his son