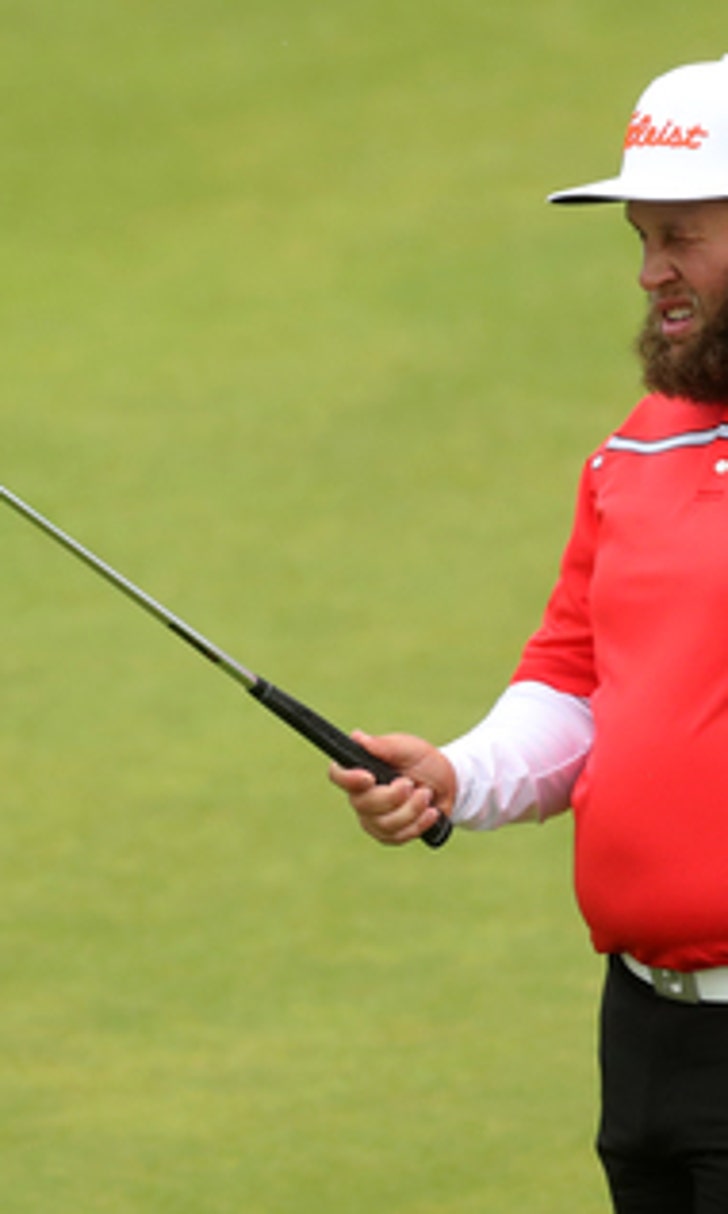 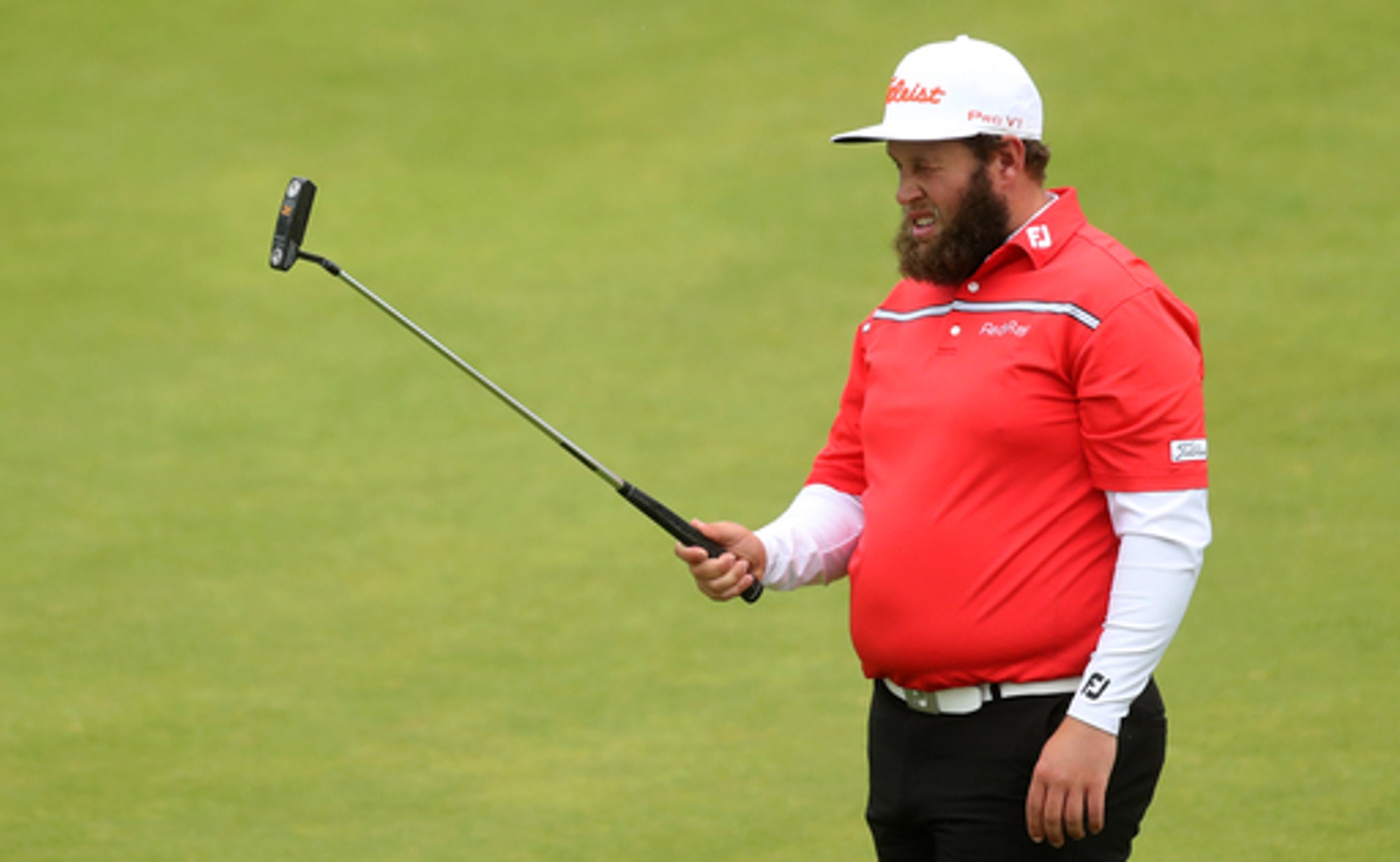 Where's the beef? Right on the British Open leaderboard 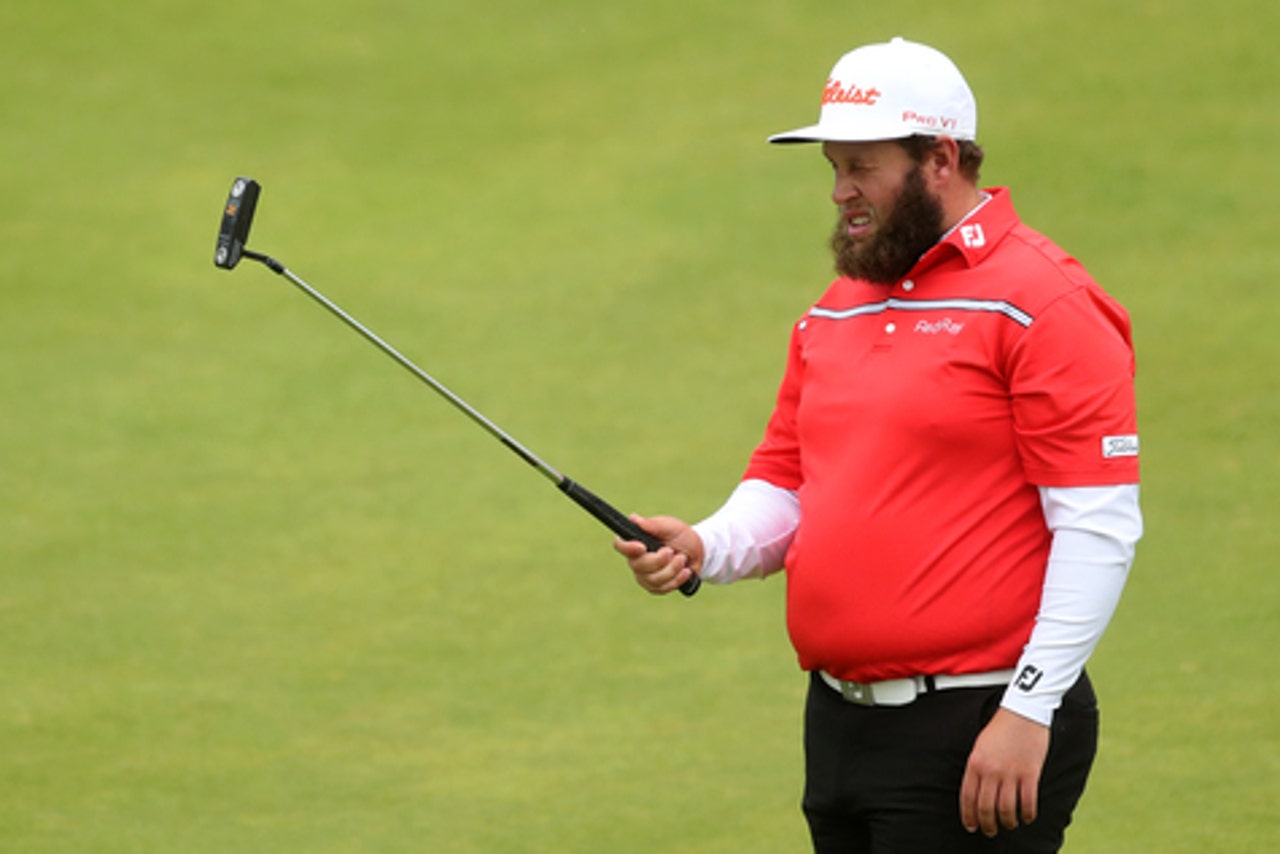 TROON, Scotland (AP) Where's the beef at the British Open?

Right there on the leaderboard.

Andrew Johnston, a burly, bearded Englishman who answers to ''Beef,'' has become the fan favorite at Royal Troon with his brilliant shots and jovial demeanor over the first three rounds.

This is a guy everyone seems to relate to.

He sends the love right back.

''I'm no different than anyone else,'' Johnston said. ''That's how I see it. I'll talk and chat to anyone. It really doesn't bother me. I like meeting new people and I don't care where they're from and who they are - if they're nice, I get on well with them and I'm going to make friends.''

The 27-year-old from the north of London has made plenty of friends along the Scottish coastline, literally bouncing around the course to the cascading chants of ''Beeeeeeef!''

When a shot goes his way, he breaks into a huge grin. When a putt drops into the cup, his head bounces up and down in unison with the roaring fans. With a paunch that hangs noticeably over his beltline - OK, the guy likes to eat - he comes across as just one of the crowd.

He's playing it well at Royal Troon, as one of only five players to break par all three days. Johnston shot a 1-under 70 Saturday that left him at 5-under 208 overall, seven shots behind leader Henrik Stenson but still the most noteworthy performance of his fledgling career.

It wasn't that long ago that Johnston was wondering whether he could really make a living as a golfer.

Toward the end of 2013, coming off a shoulder injury and with a dwindling bank account, he managed to get into a tournament in South Africa, finished high enough to earn a decent paycheck, and found the motivation to keep going.

''I was sort of wondering, `What am I going to do for Christmas about presents and stuff like that?''' he recalled. ''I didn't have much at all.''

Six years after turning pro, Johnston finally claimed a full-time spot on the European Tour in 2015. This year, he picked up his first win at the Spanish Open. He also made his first trip to America, playing in both the U.S. Open and the Bridgestone at Firestone Country Club.

During the latter, he showed off some of the personality that has already made him a fan favorite on this side of the Atlantic. While filming a dinner segment for the Golf Channel - and, naturally, eating was involved - he took on the challenge of downing a 32-ounce steak.

In a matter of minutes, that huge of piece of meat was in Johnston's belly.

Now, Johnston admits he could lose a bit of weight. When a reporter bluntly asked how much he weighed, the golfer replied, ''I have no idea. You want to pick me up?'' He finally conceded that he tipped the scale at around 16 stones - roughly 224 pounds.

But he's not going to get too worked up about a few extra pounds.

In fact, he's having fun with it.

During an interview after Friday's round, Johnston joked that he was going to have a Caesar salad for dinner (he actually had pizza, in case you were wondering). During the first few holes of the third round, a young fan kept screaming at him, ''Caesar salad! Caesar salad!''

His girth and that distinctive nickname - which he got when he was 12 because his friends thought his curly hair looked like a side of beef - are a big part of who he is.

''I do like his swag,'' said American golfer Tony Finau, another of the unlikely contenders at Royal Troon. ''He's pretty cool. He's got that big beard, and he plays it well.''

Johnston has been growing it for about nine months, and these days he looks more like a lumberjack than a staid ol' golfer. He's not sure how much longer he can hold out, though, since his girlfriend is getting a bit tired of all that hair. Then again, it's also become part of who he is.

''I desperately need a haircut and a beard shape-up after this week,'' he said. ''I just haven't had time.''

He'll have to wait until after Sunday.

He's got another appointment in the next-to-last group of the British Open.