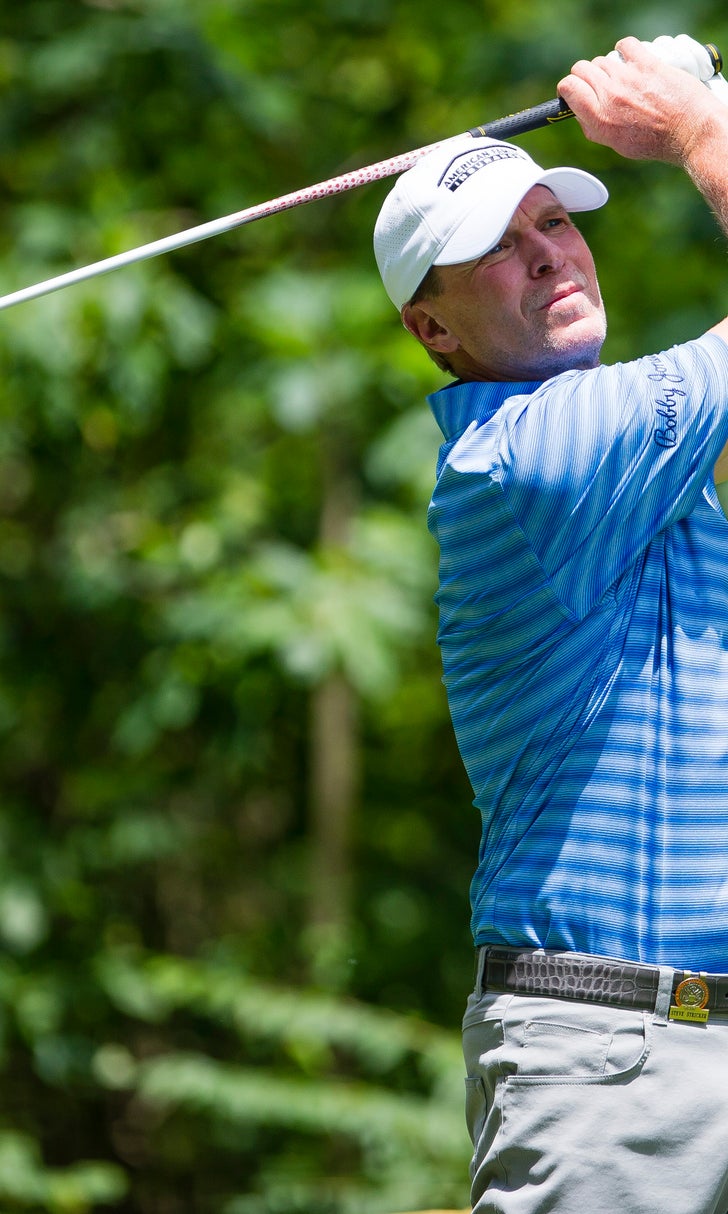 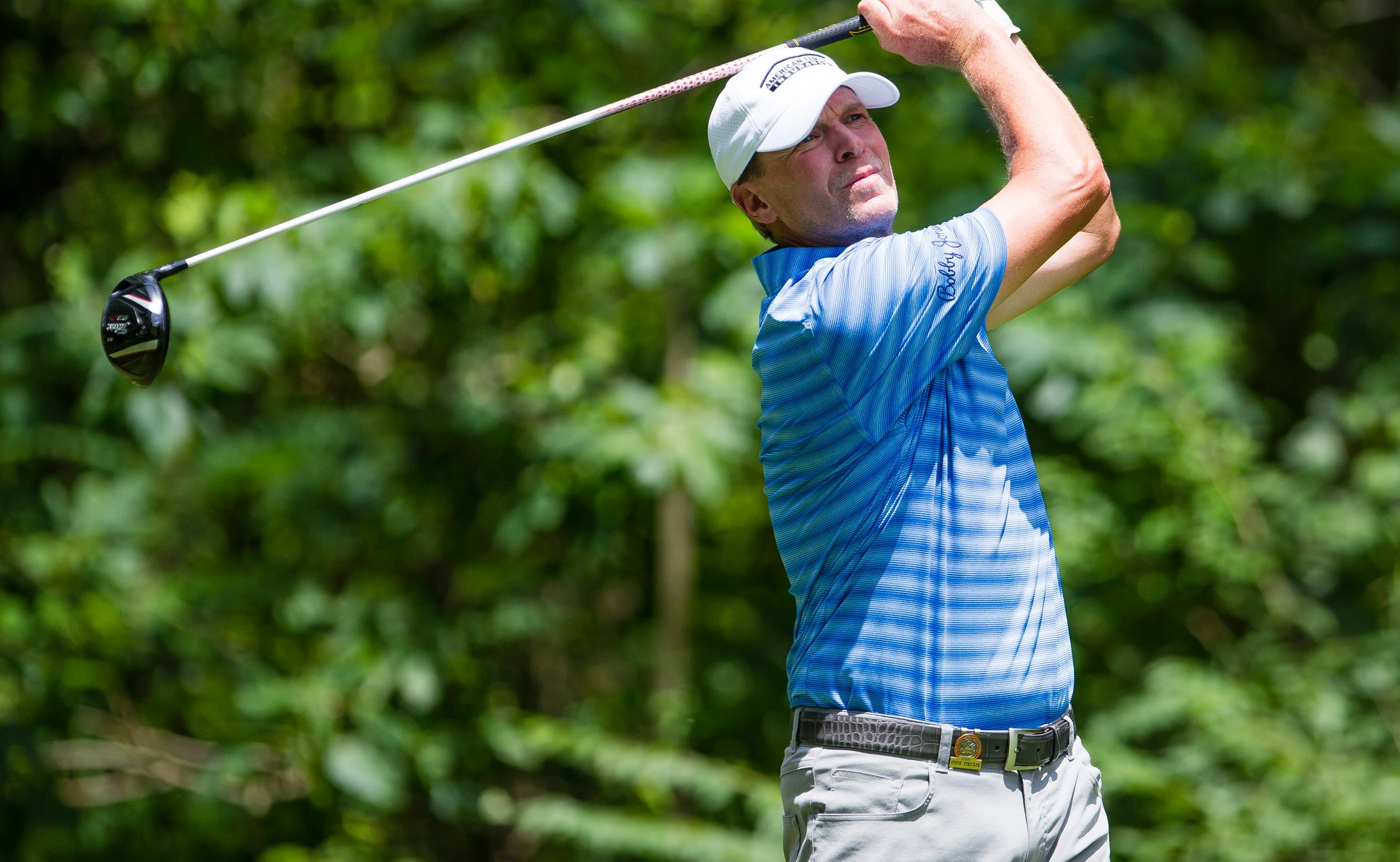 SOUTH BEND, Ind. (AP) — The boys from Madison are making it look easy at Notre Dame in the U.S. Senior Open.

For the second straight day, Steve Stricker and Jerry Kelly, friends and competitors since their junior years in Wisconsin, took apart the rain-softened Warren Golf Course, each shooting bogey-free rounds of 6-under 64 in the second round Friday.

Stricker broke the tournament 36-hole record at 14-under 126, a day after shooting an event-record 62 for a share of the first-round lead with defending champion David Toms. Kelly, a playoff winner over Stricker and Retief Goosen last week in the Madison event that Stricker hosts, was two strokes back after their morning rounds.

"I've known Jerry from a young age when we were playing amateur events and junior events across Wisconsin," said the 52-year-old Stricker, the Regions Tradition winner last month for his first major title. "It's good to see him playing well. I knew this course would set up well for him. He's doing everything well as it shows from winning last week."

Stricker has plenty of motivation from his loss Sunday when he missed a birdie putt on the final hole of regulation and bogeyed the first playoff hole.

"It stings a little bit," Stricker said. "I feel good going around this course. It fits my eye well. It's a treat to go around here and play, and I like what I've been doing so far."

The 53-year-old Kelly, who admits his personality is the polar opposite of Stricker's quiet nature, says they have helped each other during their low moments on both tours.

"It's competition and support and friendship," Kelly said. "I appreciate everything (Stricker's) done for my game. I hope he knows I've been there for him."

"Definitely a continuation of last week," he said. "(I've) got a great feel the last five weeks. It's low every week (on the PGA Tour Champions). So it teaches you to keep going, keep going."

Toms was third at 11 under after a 67. He played in the afternoon when wind the picked up.

"I had some ups and downs, not quite as solid as yesterday but not many days are," Toms said. "I think the wind played a factor, what wind we had in the middle of the round, as far as trying to get a ball close to the pin. You had to pay attention to that."

Two-time U.S. Open champion Retief Goosen had a 65 to get to 9 under in Senior Open debut. The South African rebounded from a bogey on the 13th hole with four straight birdies.

"It's nice to have that finish and (be) five behind with two rounds to go," Goosen said. "Just got to get on a good run."

Among those returning for the weekend is Tom Watson, who matched his age with a 69 on Thursday and bettered it Friday with an afternoon 68 that included consecutive birdies at holes 15-17.

"I wanted to be here on the weekend again," Watson said. "At my age, you never know how many more USGA championships you're going to play in.

Watson's long-time rival, 18-time major winner Jack Nicklaus, is now a behind-the-ropes fan and raised his arms in celebration next to wife Barbara when son Gary, playing in his first Senior Open, birdied his final hole for a 71 that left him at 1-under 139 and also playing this weekend.

There were 41 golfers under-par 140 after two rounds with the 36-hole cut coming at 2-over 142. After yielding 41 sub-par rounds Thursday, Warren surrendered 39 Friday.