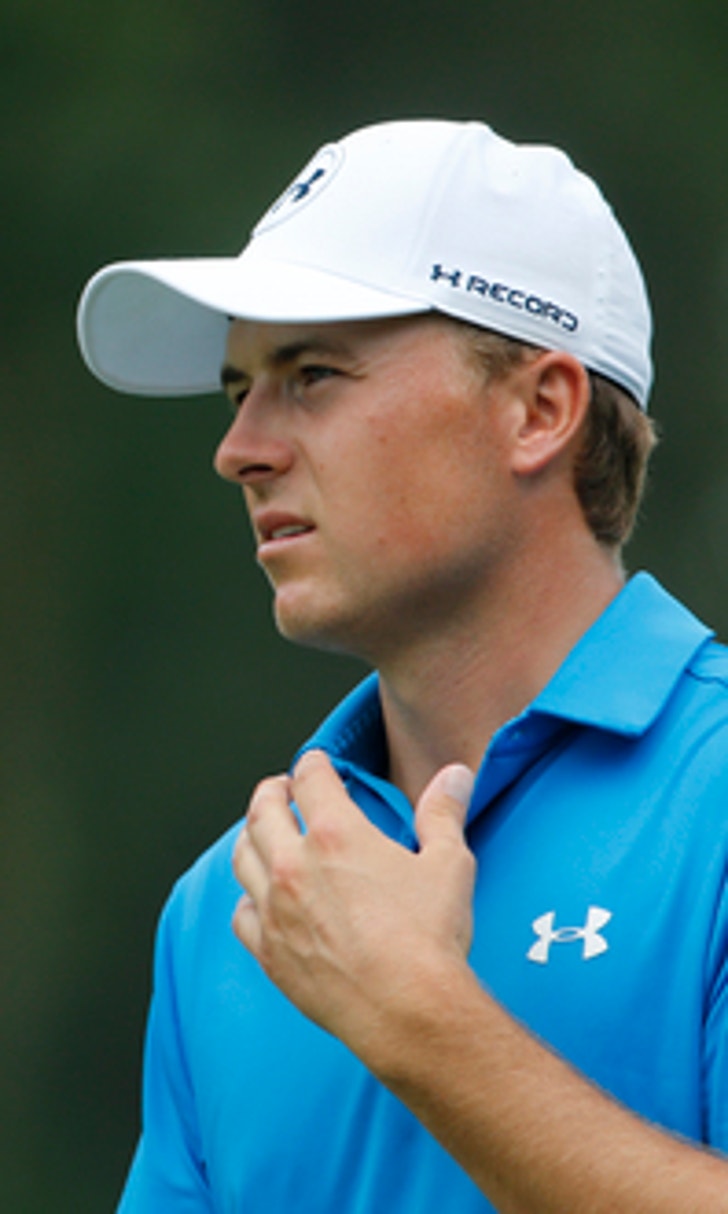 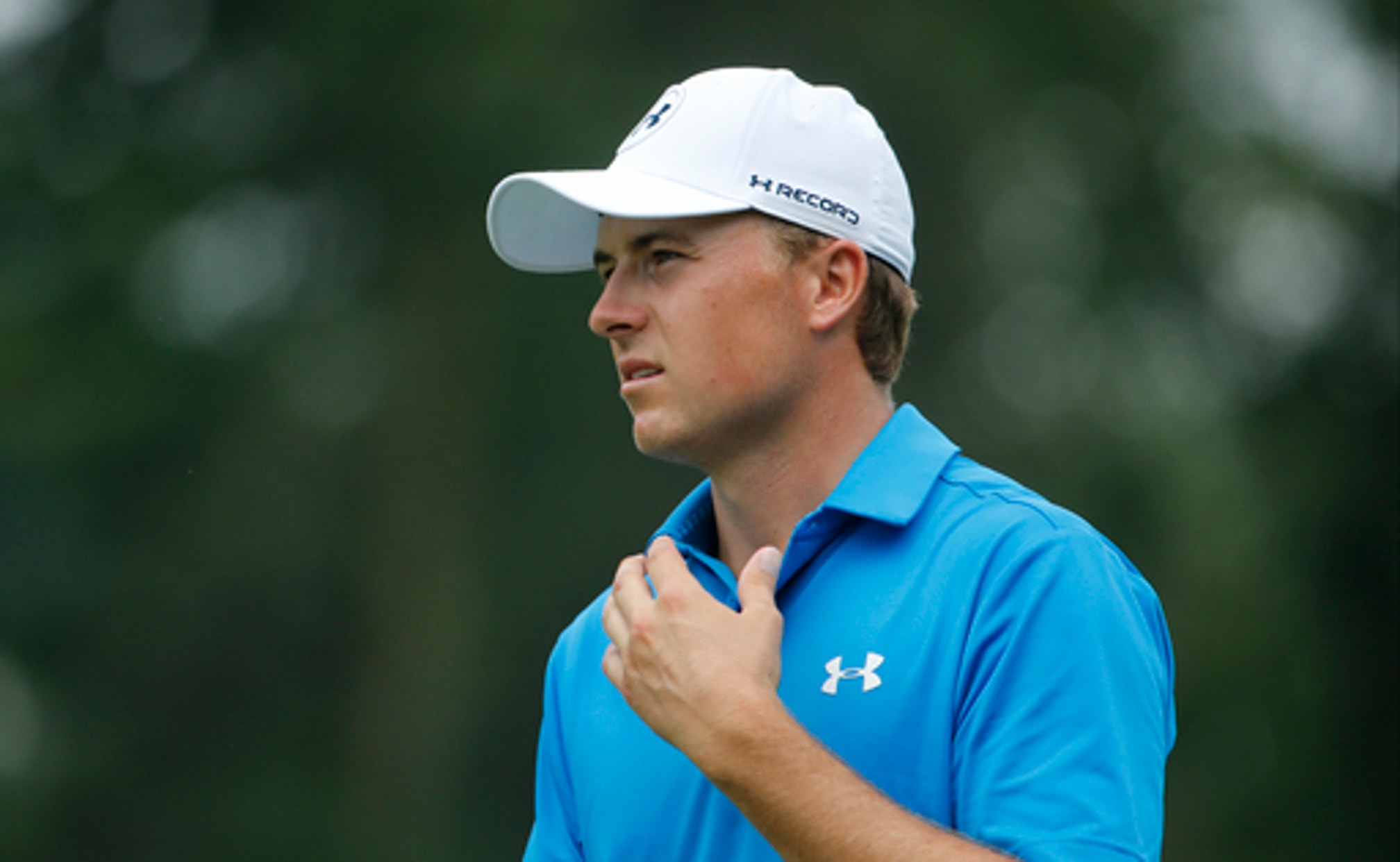 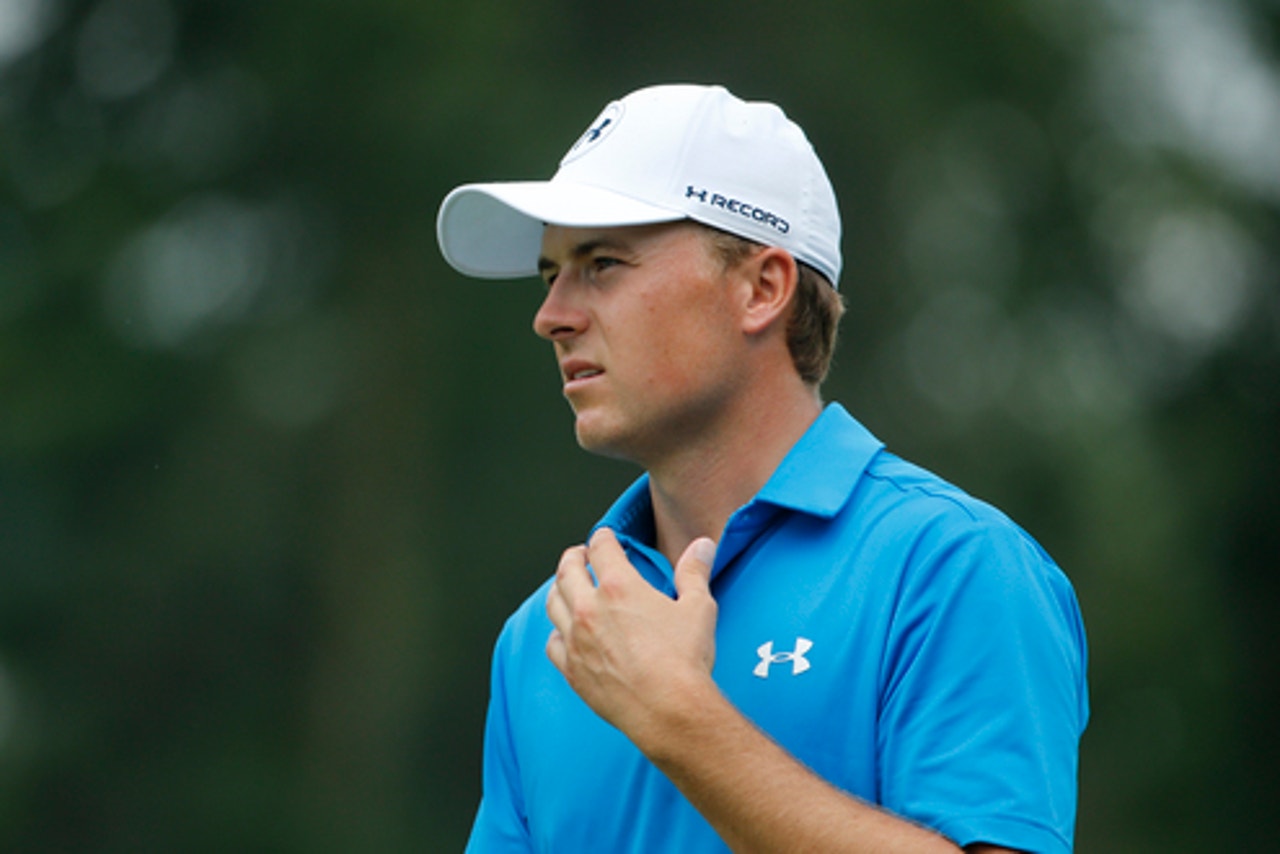 He signed another autograph, looked back and grinned.

The Barclays was one of those rare tournaments that Spieth had slightly lower expectations with his putter. His practice in Dallas was limited to a 12-foot strip of artificial turf because the greens where he normally practices were closed.

Plus, he is still working on his relationship with poa annua.

''I'm Bermuda, and then I'm bent,'' he said of the grasses on which he putts his best. ''And then there's probably six other kinds. And then I'm poa.''

The two-time major champion is not hopeless on poa. Spieth missed a playoff by one shot at Riviera, the same course where he helped lead Texas to an NCAA title. He has a pair of top 10s at Pebble Beach and he had the 36-hole lead one year at Torrey Pines.

''When it's softer, I have a harder time trusting the shorter length putts because I know they're going to hop so I change my stroke, which I probably shouldn't,'' he said. ''But it's hard for me to trust it. I hit putts where I wanted to, but I either under-read them or over-read them. Just bad timing.''

He missed six birdies chances from the 10-foot range or closer in the final round. But the fact he had that many chances was good news for him.

''I knew coming in the putting was going to be down because I hadn't worked on it to the extent I usually do,'' he said. ''I told Michael (Greller) on 10 that I wanted to have a good look at birdie on every hole coming in, which on this back nine is really hard to do. And I had a legitimate chance, other than 16, on making birdie on every hole.''

That he made only one of those didn't bother him.

He headed to Friar's Head for a game with Justin Thomas, Rickie Fowler and Smylie Kaufman on Monday before making his way up to the TPC Boston. Spieth and Brandt Snedeker in 2013 are the only FedEx Cup champions to start the playoffs in the top 5 the following year.

Spieth stayed at No. 5 in his bid to become the first repeat winner of the $10 million prize.

OMINOUS WORDS: Adam Scott has thought about winning the FedEx Cup since he won back-to-back in Florida, and his desire has nothing to do with the $10 million bonus. His motivation in golf is beating everyone who enters the tournaments.

Because when Scott finished up at The Barclays, he had a 3-foot putt on the final hole for a 70 that would have put him in a tie for second.

MOVING ON: Ollie Schniederjans, Trey Mullinax and Seamus Power are among the top 25 on the Web.com Tour money list who earned a PGA Tour card for the first time. Martin Flores, Brad Fritsch and Mark Anderson are among those returning.

What the Web.com Tour showed this year is that winning a tournament is a big step toward finishing in the top 25. But more is required.

Stephan Jaeger (28), Andrew Svoboda (29) and James Driscoll (39) all won on the Web.com Tour this year and failed to finish in the top 25 to get a PGA Tour card. They will move on to the Web.com Tour Finals, which start next week and determine the other 25 cards.

MCILROY'S CLUBS: Rory McIlroy had a new putter for The Barclays. It could take a little longer to figure out what he wants to use through the rest of the bag now that Nike is getting out of the golf equipment business.

''I'm not going to commit to anything,'' McIlroy said. ''I wouldn't be surprised to see me not go with a manufacturer for a year or two, just sort of play with what I want to play, what I'm comfortable with, and go from there. ... No reason to start changing just because I can.''

''I got them to save me three years' worth of golf balls,'' McIlroy said. ''So at least I've got a golf ball that I like and that I know I can play well with.''

SPIETH AND PIETERS: Jordan Spieth has a strong memory of Thomas Pieters from their amateur days, and not just Pieters winning the NCAA title at Riviera in 2012. Later that summer, the Belgian was playing the European Amateur in Ireland and had to get to Denver for the U.S. Amateur at Cherry Hills.

He got there so late that he didn't have time to see the golf course, but he managed to get into a 17-for-14 playoff to advance to match play. Spieth was already in and waited to see who he would get in the opening round of matches.

''If you're paired against someone in the first round or the final round it doesn't matter,'' Spieth recalled. ''But he was someone you'd like to wait until later to play.''

No such luck. He drew Pieters.

The first hole can be reached with driver, and Spieth was in good shape in the rough on the left edge of the green.

''Thomas hooks it off the downslope of the No. 2 tee box into the rough,'' Spieth said. ''Then he hits this flop shot that lands next to where my ball is, takes a hop in the rough, rolls down and goes in for a 2. The first hole. One down. Thanks for coming.''

Pieters ended up winning the match on the 18th hole, and then lost in the next round.

DIVOTS: This year's FedEx Cup playoff rotation features for big courses - Bethpage Black, the TPC Boston, Crooked Stick and East Lake. This rotation last was used in 2012, when the FedEx Cup champion was Brandt Snedeker, who started at No. 19. ... U.S. Amateur runner-up Brad Dalke, Maverick McNealy and Scottie Scheffler have been selected for the U.S. team that will compete Sept. 21-24 at Mayakoba Resort in Mexico. ... Three Americans who were among the top eight in Ryder Cup points going into the 2016 failed to earn an automatic spot on the team - Rickie Fowler (4), Kevin Kisner (6) and Bubba Watson (7).

FINAL WORD: ''Great thing about the game of golf is if you don't like where you're at, you can do something about it by simply playing better and shooting lower scores. There's no judges here that are giving you scores that are subjective. It's all out there. Whatever your number is, just shoot it. Shoot a lower score than the other guy and you'll do pretty good. You might win.'' - Phil Mickelson.