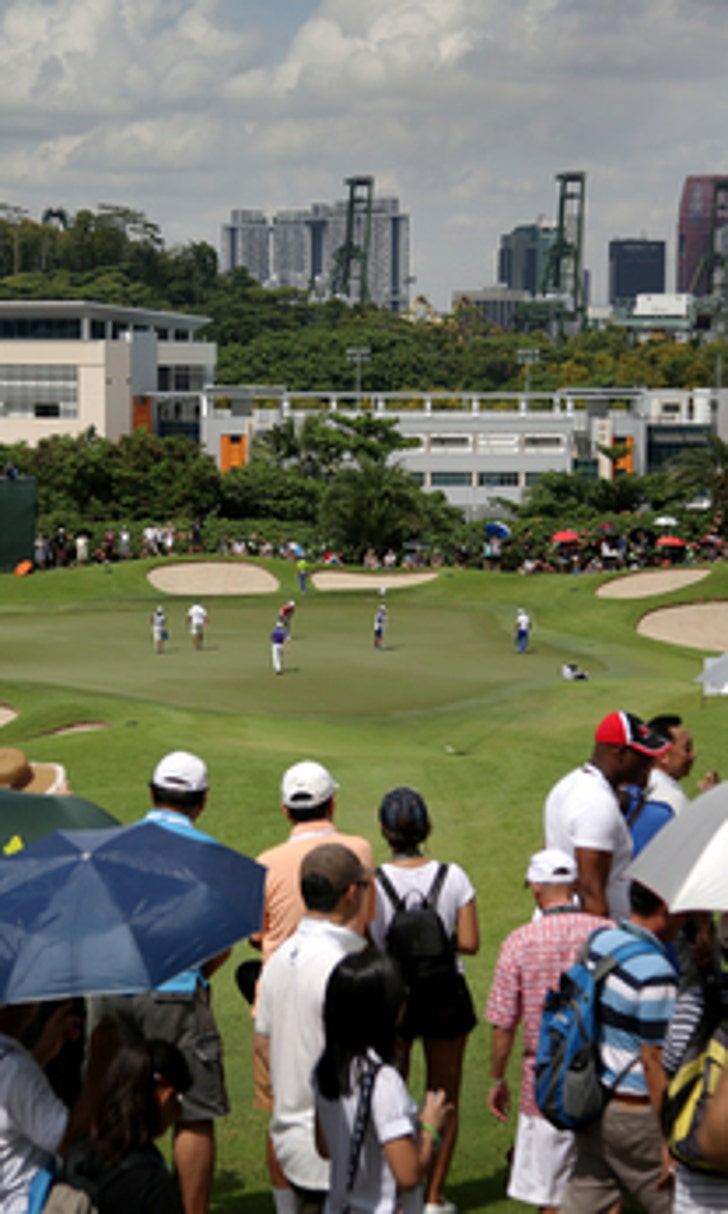 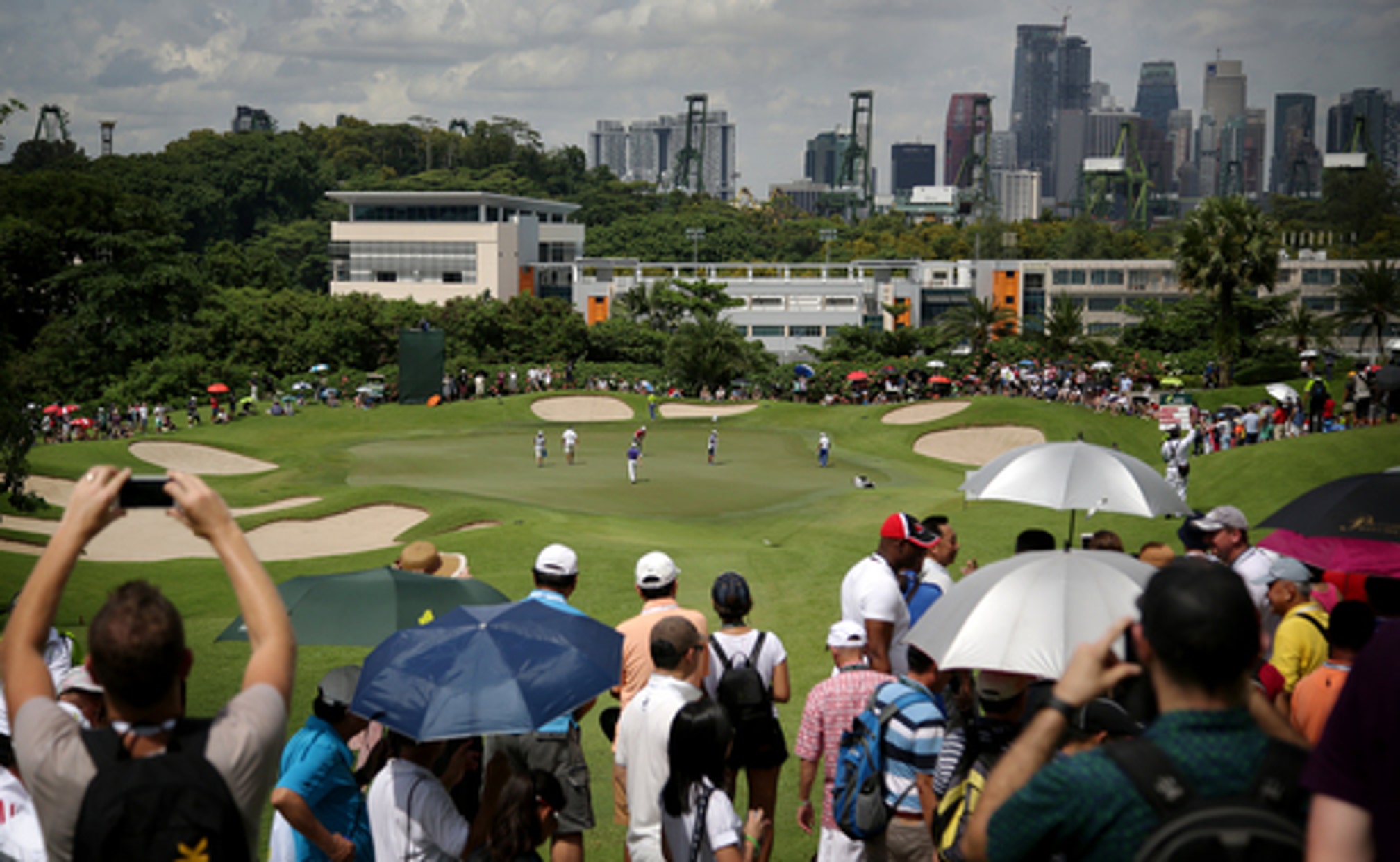 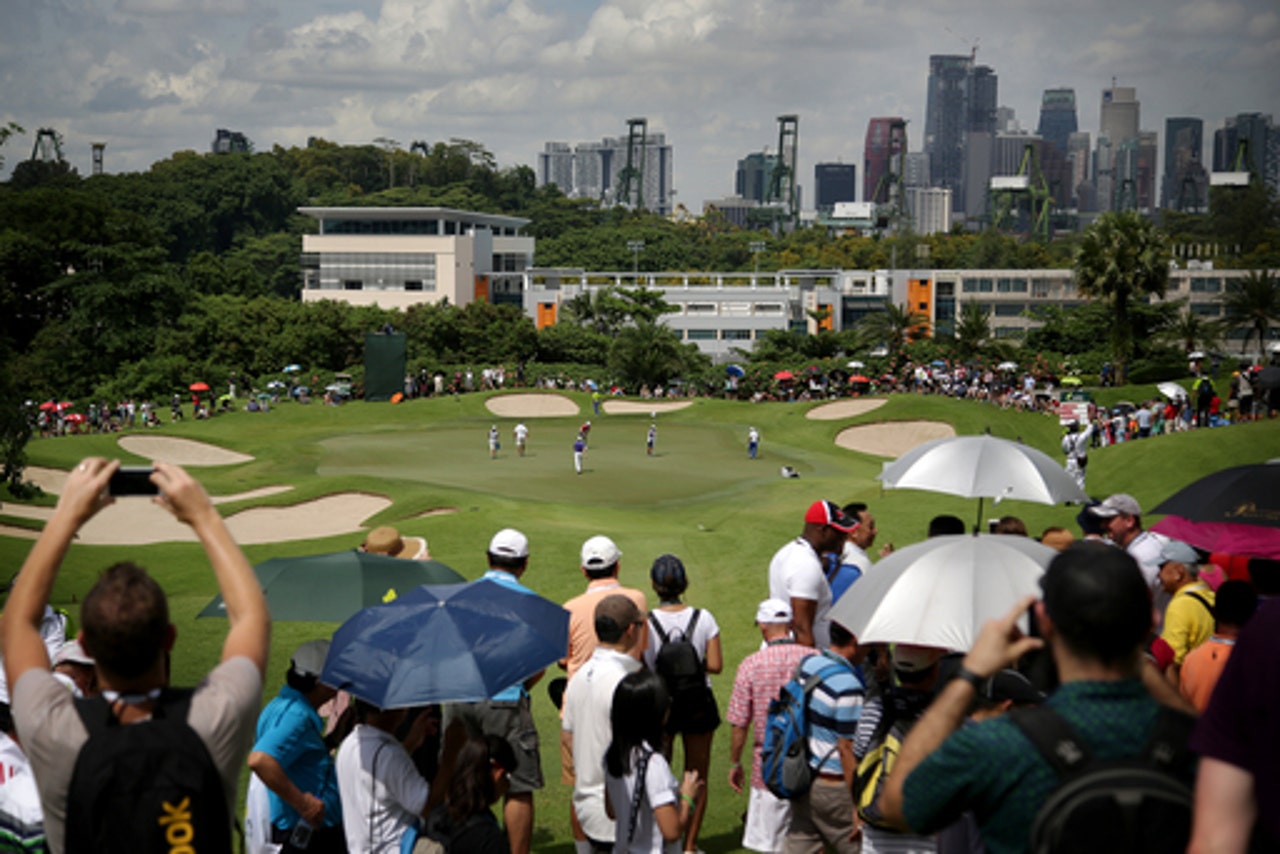 SINGAPORE (AP) Jordan Spieth's woes with the putter continued to stall his momentum at the Singapore Open on Sunday as he fell five shots off the lead heading into the final round.

Returning to the Sentosa Golf Club shortly after sunrise to finish his third round due to rain delays on previous days, the world's top ranked player missed his par putt on the 17th green, where he had marked his ball overnight, to drop back to 5-under for the tournament.

The American immediately regained the shot when he birdied the par-5 18th, but still lost more ground to leader, Song Young-han.

Song birdied three of his five remaining third-round holes to lead the tournament at 11-under.