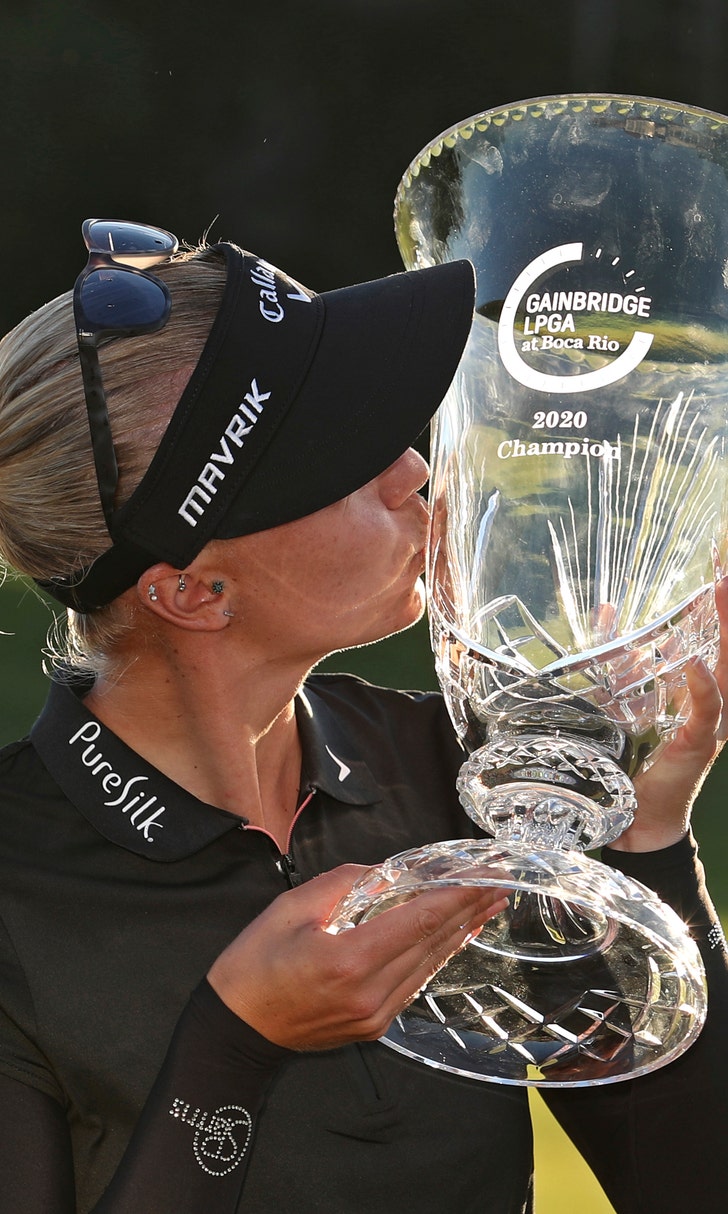 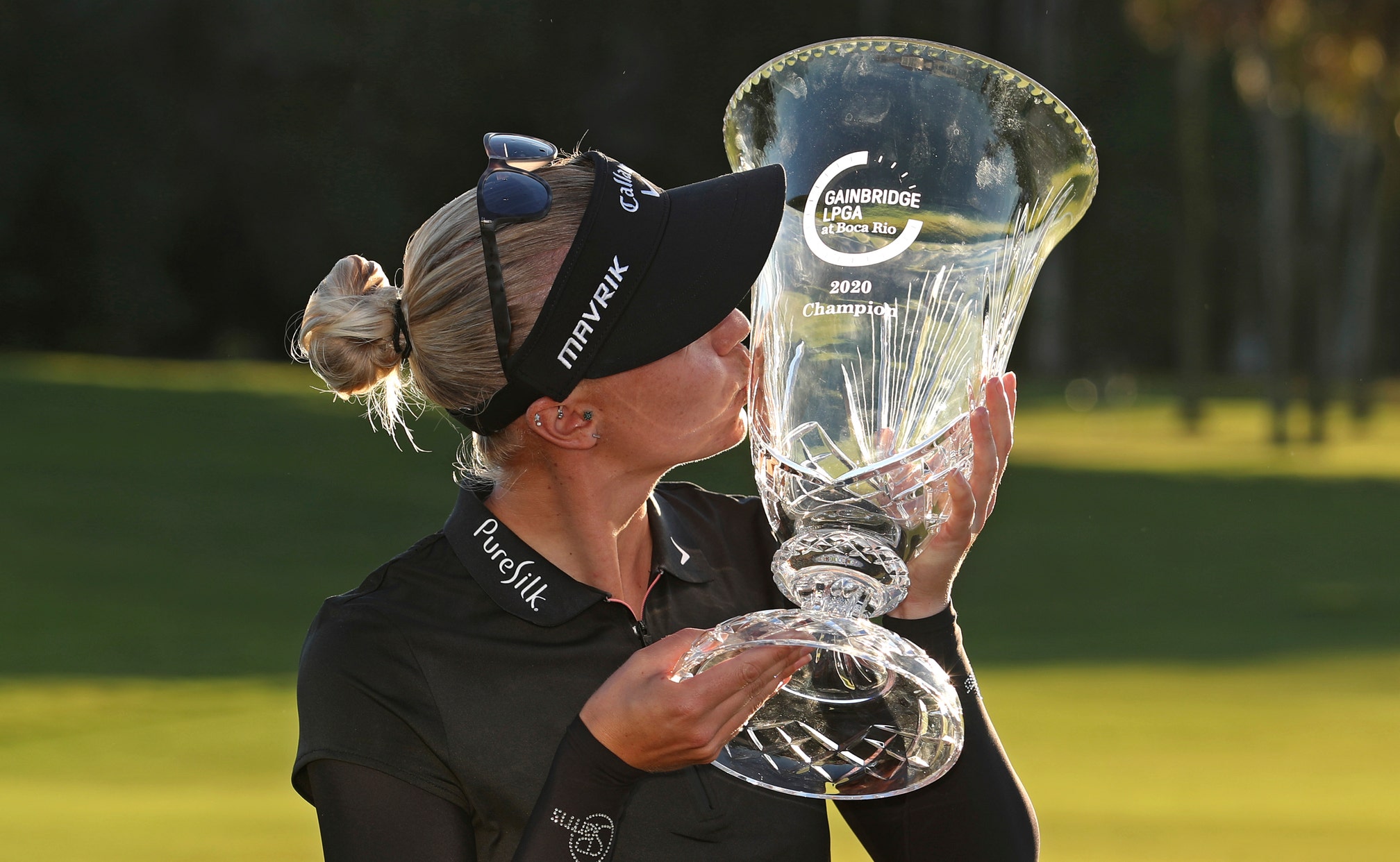 BOCA RATON, Fla. (AP) — Madelene Sagstrom won the Gainbridge LPGA at Boca Rio on Sunday for her first LPGA Tour title, birdieing the par-3 17th to tie for the lead and winning with a par when Nasa Hataoka missed a 3-footer on the last.

Sagstrom finished with a 2-under 70 for a 17-under 271 total at rain-softened Boca Rio Golf Club.

“I put something on the Instagram in the beginning of the week, saying I'm determined that 2020 is going to be the best season yet. I didn't know it was going to be this good right away,” Sagstrom said. “But no, I have worked really hard over many years now, and I think that the biggest change or the biggest journey I have had is within myself and my mental game."

Hataoka shot 69. The Japanese player birdied Nos. 15 and 16 to take the lead, then fell into a tie when Sagstrom birdied the 17th and lost with the bogey on the par-4 18th.

She also finished second last week in the season-opening Diamond Resorts Tournament of Champions, losing to Gaby Lopez on the seventh extra hole in a Monday finish.

Sagstrom bogeyed two of the first five holes, then rebounded with birdies on Nos. 8, 10 and 11 — chipping in on 10.

“It doesn't matter how you start," Sagstrom said. “If you just continue fighting, things can go your way. And I just told myself, `Keep fighting, keep fighting.'"

The 27-year-old Swede and former LSU star opened with a 72, shot a career-best 62 on Friday to take a one-stroke lead and doubled her advantage Saturday with a 67.

“I have never been in a situation like this before, so obviously it was all new to me,” Sagstrom said about taking the lead into the final round. “I didn't know how I was going to handle it or if it was going to go my way or not, so my whole goal today was just go out and stay patient and do what I have done the other days."

Sagstrom won in her 69th career LPGA Tour start. She's the 12th Swede to win on the tour, and the first since Pernilla Lindberg in the 2018 ANA Inspiration. Sagstrom won three times on the Symetra Tour in 2016 and led the money list to graduate to the big tour.

Danielle Kang was third at 15 under after a 69. She parred the final eight holes.

The tournament was the first official event in Boca Raton since the 1989 Oldsmobile LPGA Classic.