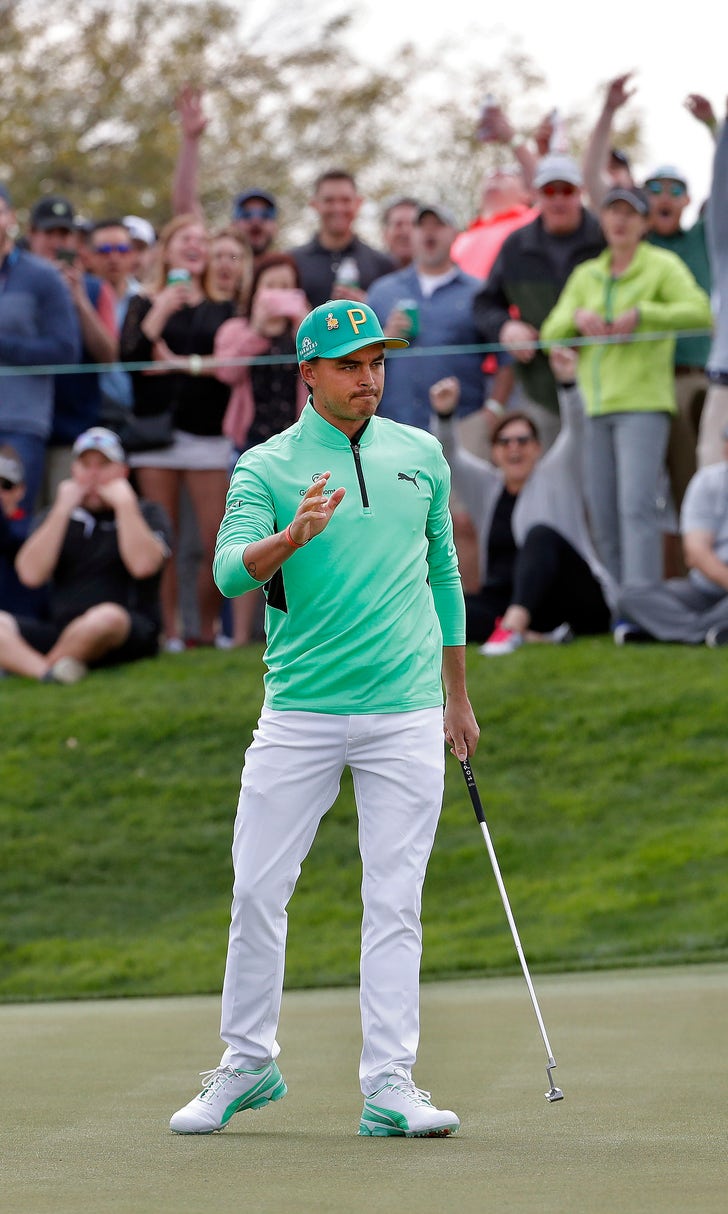 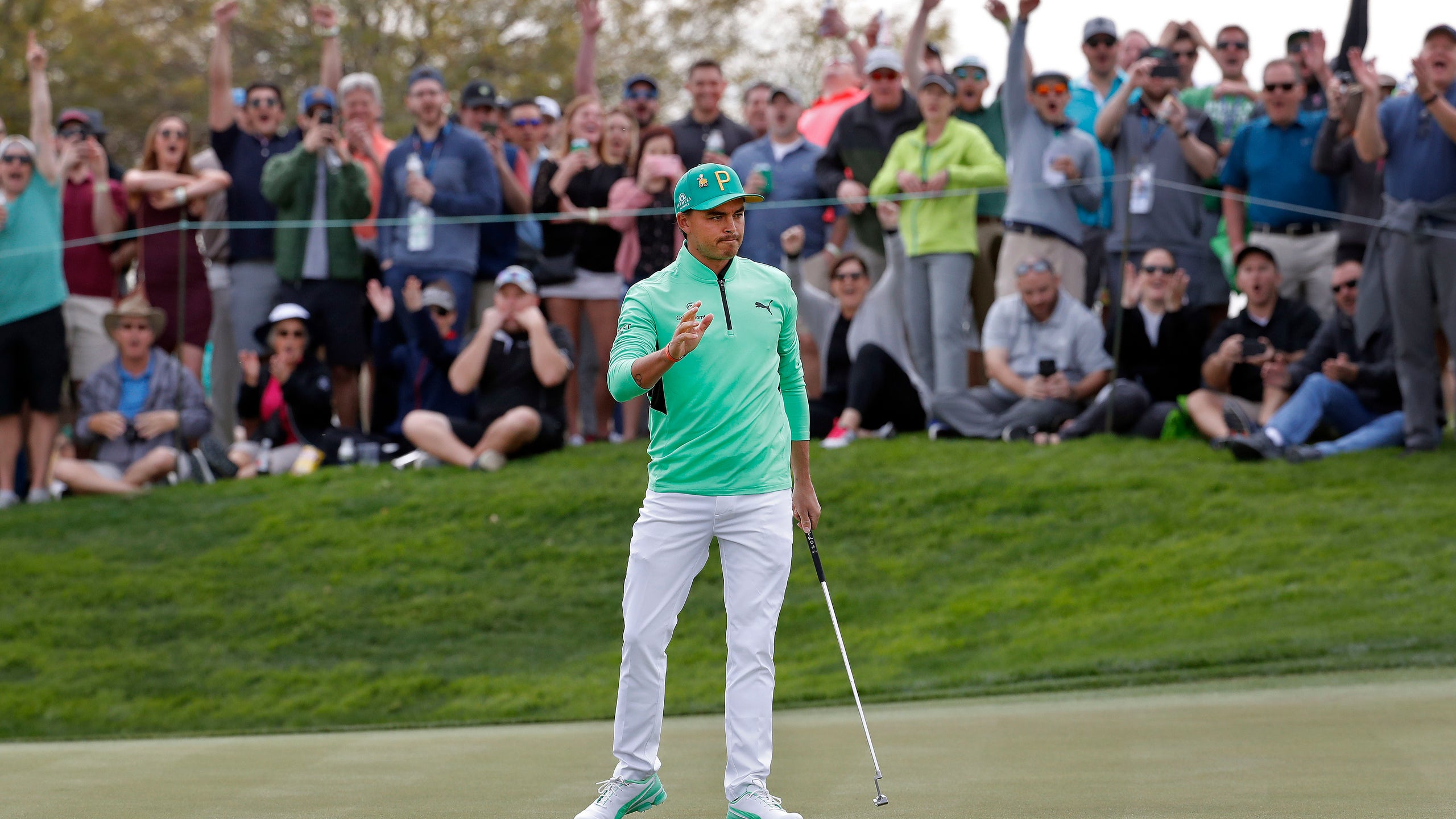 SCOTTSDALE, Ariz. (AP) — Rickie Fowler had the lead heading into the final round last year at the Phoenix Open, only to see the title slip through his grip for a second time.

He will have a big cushion in his third bid to win the championship following a stellar display of golf.

Fowler had eight birdies in a 7-under 64 on Saturday at TPC Scottsdale to take a four-shot lead over Matt Kuchar into the final round.

Fowler opened with four birdies in six holes and navigated a difficult two-putt on the par-4 18th hole to reach 20-under 193.

Now it's time to finish it off.

"This one is definitely high on the list, another being Torrey Pines," Fowler said. "I would say between here and there, those would be the two highest on the list other than a major."

Kuchar shot a bogey-free 65 to put himself in position for his third victory of the wraparound PGA season. He has been par or better in all 19 rounds this season, winning the Mayakoba Classic and Sony Open.

Justin Thomas, who started one behind Fowler, shot 65 and was five back of his friend and desert roommate.

Branden Grace and Byeong Hun An were at 13 under on a day golf said goodbye to one of its most distinctive voices.

Miller followed a Hall of Fame playing career with three decades of calling it the way he saw it, regardless of what the players thought of him. Wanting to spend more time with his family, the 71-year-old Miller decided to call it quits after the Phoenix Open, where he won twice to help earn the nickname "Desert Fox."

NBC played multiple tributes to Miller during Saturday's coverage and on-course announcer Roger Maltbie's voice cracked as he talked about his friend.

"I appreciate the people out there. I do my commentating for you," Miller said. "I'm glad you accepted my form of commentating, which was not normal. It was a little rough at first, but it's just been a pleasure, the friendships I've made."

Fowler had the 54-hole lead at last year and fell flat in the final round, shooting 73 to finish six shots behind champion Gary Woodland. He also lost in a playoff in 2016.

Fowler put himself in position for a third run at the title with a superb round of golf.

He had a one-shot lead over Thomas after closing with four birdies for a 6-under 65 in Friday's second round. Fowler made an eight-foot birdie putt on 18 to reach 13 under and quickly added to it on Saturday, dropping in an 18-foot birdie putt on the par-4 first hole.

Fowler, who shot 64 in the opening round, added birdies on Nos. 3, 5 and 6 to reach 17 under, but had a par putt lip out after he hit into the greenside bunker at the par-3 seventh. He hit his approach to two feet for birdie at No. 9, turning in 4-under 31, and followed a birdie at the difficult 11th with a two-putt birdie on No. 13.

Fowler reached 20 under with a birdie on the short par-4 17th for a nice cushion heading into what's expected to be a rainy final round.

"I've done a good job of kind of everything this week," he said. "Nothing's standing out as super special, just playing solid golf and when I've gotten into trouble, being able to get up and down most of the time."

Playing in the group ahead of Fowler, Thomas and Grace, Kuchar had three birdies for a 3-under 32 on the front nine and rolled in a nine-foot birdie putt on the 167-yard 12th hole. He two-putted for birdie on the par-5 13th and made a five-foot birdie on 15 to reach 16 under.

Kuchar missed a good opportunity on No. 17, sliding a six-foot birdie putt past the hole, but finished with a nice save from the greenside bunker on No. 18.

"It would be amazing to get three wins this early," Kuchar said. "It had been a number of years since I found the winner's circle, so to have gotten two in this year has been amazing."

It may take an amazing round of golf to catch Fowler.