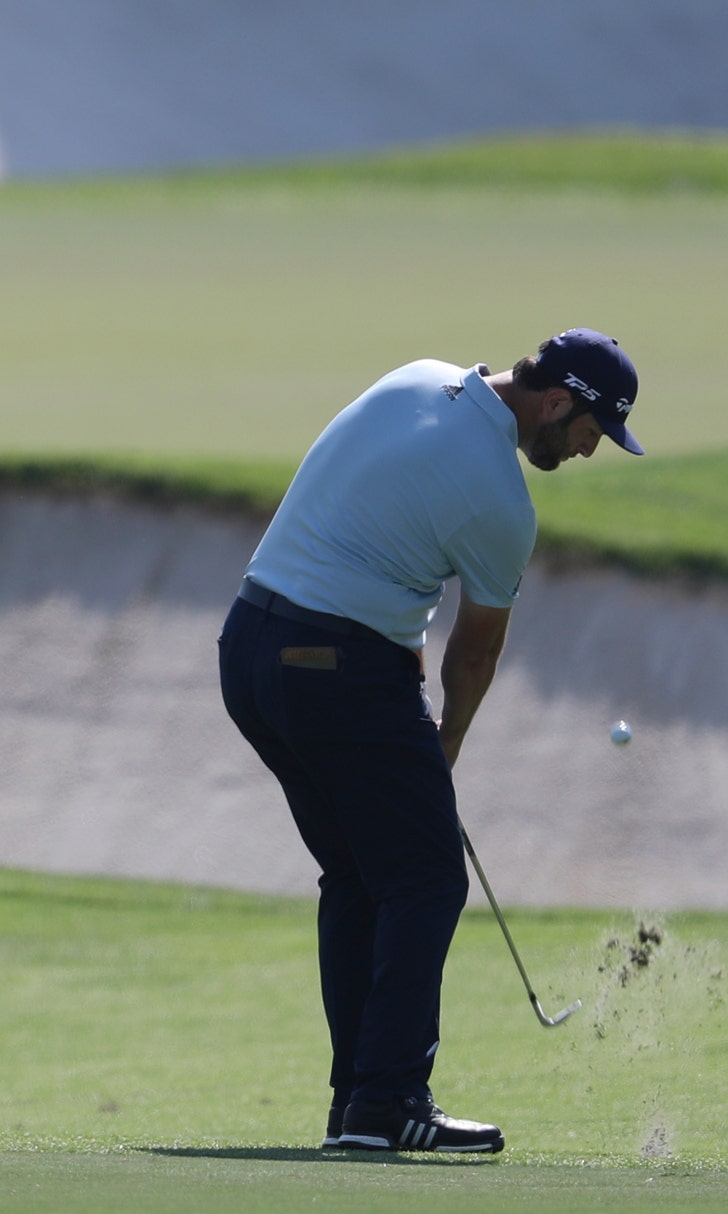 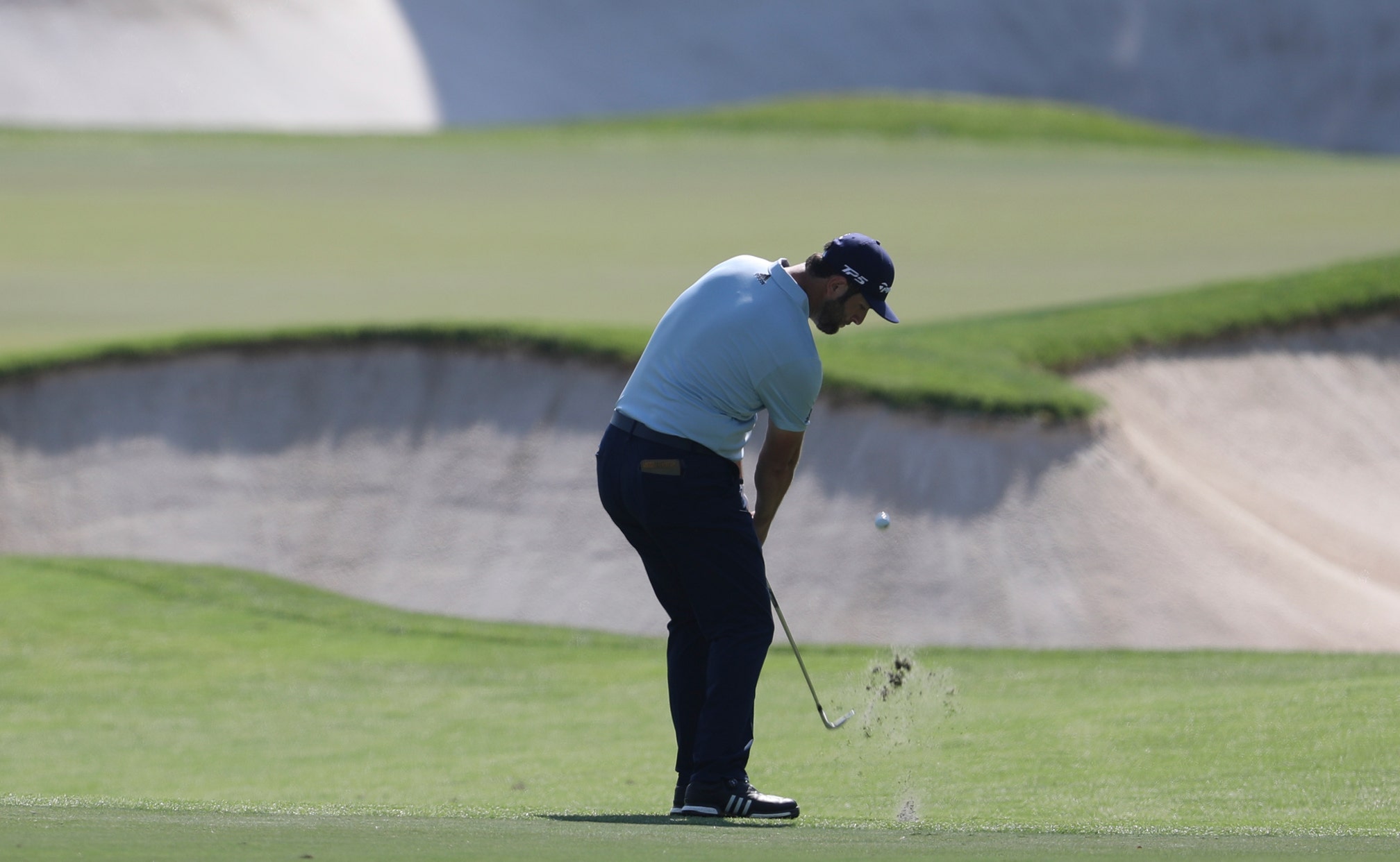 DUBAI, United Arab Emirates (AP) — Jon Rahm moved into a strong position to win the Race to Dubai title after shooting 6-under 66 in the third round of the season-ending World Tour Championship to tie the lead with Mike Lorenzo-Vera on Saturday.

Lorenzo-Vera bogeyed the 18th hole for the second straight day to shoot 69 and drop into a share of the lead with Rahm, who needs to finish first or second to stand a chance of becoming European No. 1 for the first time.

They are 15 under par overall, two strokes ahead of Rory McIlroy (65) and four clear of fourth-place Tommy Fleetwood (70) — another Race to Dubai contender.

Bernd Wiesberger, who leads the Race to Dubai standings, was tied for 24th place — 13 strokes behind Rahm and Lorenzo-Vera — after shooting 73.

Rahm won the season-ending event once and claimed a share of fourth place in his two starts at the Earth Course at Jumeirah Golf Estates. Another victory will earn him $3 million — the richest first prize in golf.

Rahm would also join the late Seve Ballesteros as the second Spaniard to win the Race to Dubai.

“Gives me goosebumps to think about that,” he said. “I've said it many times, as a Spaniard, any time you join or you have the chance to put your name on a list where there's only one name and that name is Seve, it's pretty impactful

“It's really emotional for all of us. To think not even Sergio (Garcia) or Miguel Angel (Jimenez) or Olly (Jose Maria Olazabal) or many other great players couldn't get it done. It's hard to believe that I have the chance to be the second.”

Lorenzo-Vera, who is ranked No. 96, still has a chance to become the first wire-to-wire winner of the event, after opening with a 63 and then establishing a three-shot lead with a second-round 69.

“That's one of the things I think about the most, to win in Dubai,” the Frenchman said. “Only big names do it ... to achieve that tomorrow would be really an awesome achievement."

McIlroy shot the lowest round of the day to power back into contention at an event he won in 2012 and ’15. He was 5 under after eight holes, having started birdie-birdie and eagled the par-5 7th hole after carrying a bunker 240 yards with a 5-wood, and picked up two more birdies in the back nine.

“You've got Tommy and Jon up there obviously, and Mike's holding steady at the top,” said McIlroy, who opened with 64 on Thursday only to drop down the leaderboard after a second-round 74.

“I'm going to have to go out there and shoot a similar score tomorrow to what I did today to really have a chance. But just really pleased that I got myself back in the golf tournament.”