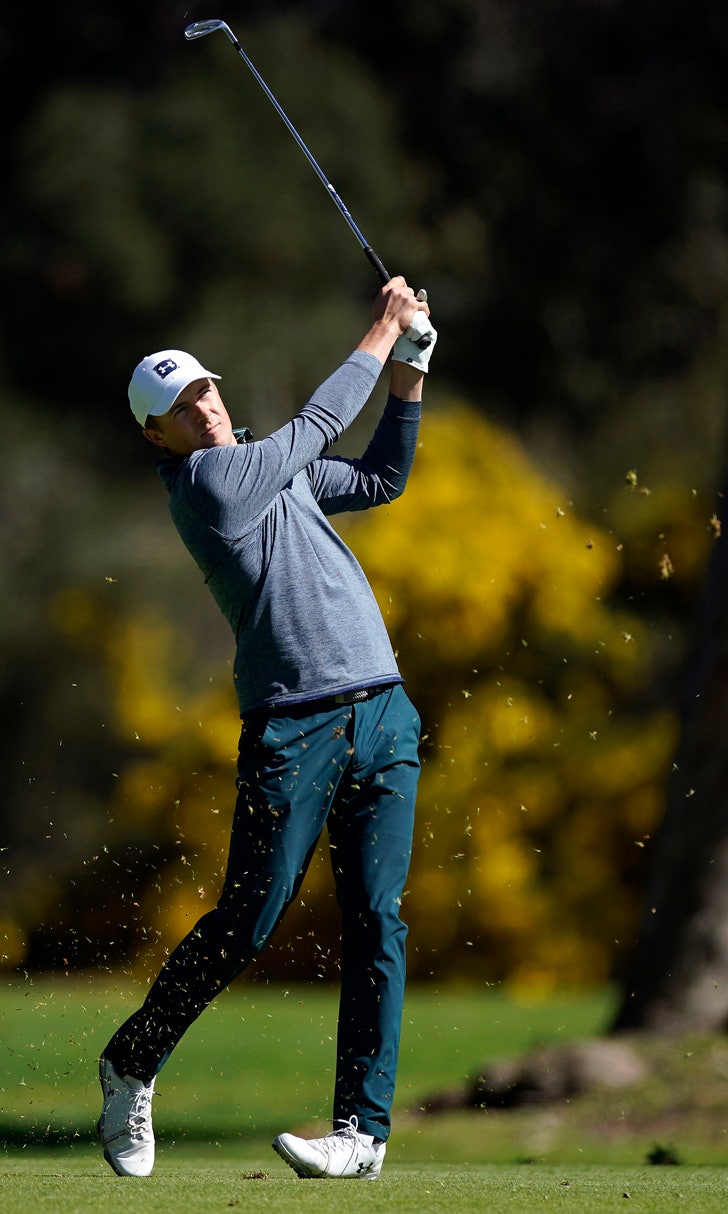 MEXICO CITY (AP) — The PGA Tour again is taking a close look at changing the size of its cuts, and this time the idea appears to have some legs.

One topic at the first Player Advisory Council meeting last Tuesday at Riviera was to change the 36-hole cut from top 70 and ties to top 65 and ties, which is what the European Tour and the Web.com Tour do.

"There's some traction for it," said Jordan Spieth, in his first year on the policy board. "The argument is the MDFs don't look good and twosomes on the weekend are better for everybody, including the viewership."

The MDF was the tour's first crack at avoiding bloated fields for the final round. It stands for "Made the cut, did not finish," and it was passed unanimously at the end of 2007. Whenever more than 78 players make the cut, a 54-hole cut is in play to narrow the field to top 70 and ties.

This would be another step, though it's in the early stages.

In the 10 tournaments this season, a cut to the top 65 and ties would have happened just once. At the Safeway Open, 86 players made the 36-hole cut. If the cut had been top 65 and ties, 67 players would have advanced to the weekend, sending home another 19 players on Friday. Of those 19, Tom Hoge had a 69-70 weekend and tied for 17th, which was worth 44 FedEx Cup points.

That's what concerns Matt Kuchar, who is on the PAC.

"The MDF is a great addition," Kuchar said. "Guys who have a bad Saturday (and missed the 54-hole cut), they're not competitive in the tournament anymore. The T-65 ... you just have a handful of stories of a guy who would have missed the cut that has won or has a top 5. It happens every now and then."

The best example was Jose Maria Olazabal, who made the cut on the number at Torrey Pines in 2002 (tie for 69th) and was among 89 players who advanced to the weekend. Olazabal shot 67-65 on the weekend and won by one shot.

"I'm kind of on the fence," Kuchar said. "It works in Europe. It works in a lot of places."

Even with a cut to top 65 and ties, there still could be occasions when more than 78 players make the cut, and the 54-hole cut would remain.

Spieth said he hasn't detected too many players opposed to the idea, except for those who seem to constantly be around the cut line and want every chance. Much like Kuchar, however, he doesn't have a strong opinion either way.

"I don't mind how it is now. I don't mind if it switches," Spieth said. "But there is some traction."

He got the memo too late.

The PGA Tour, taking a page from the European Tour, has decided to let its players wear shorts during practice rounds and pro-ams. The announcement was posted in the locker room at the Puerto Rico Open and at the Mexico Championship on Monday.

Players still must have shorts that are knee length, tailored and "neat in appearance."

Grace was in Los Angeles last week and didn't put any such shorts in his suitcase. And maybe that's a good thing. He raised his pants to show a pair of very white legs.

"I need a week in Florida to get some sun on these out-of-bounds stakes," Grace said.

Europe began allowing shorts in practice rounds three years ago, while the PGA Championship allowed them in 2017 at Quail Hollow. Players still must wear pants during competition rounds.

Justin Thomas says he's already over the fact he lost a four-shot lead at Riviera in the Genesis Open.

Just don't get the idea he will forget about it.

"It will bother me the rest of my life — 100 percent it will," he said. "There are tournaments I didn't win my rookie year that still bother me and that was a lot worse than that, so I'm sure that will bother me. But in terms of being over it, it's done with."

Thomas closed with a 75 and finished one shot behind J.B. Holmes. It was only his third runner-up finish, the others at the Mexico Championship last year in a playoff to Phil Mickelson, and at the 2017 Tour Championship behind Xander Schauffele.

Asked if he spends more time thinking about his wins or losses, Thomas replied, "I hate to lose more than I like to win, if that answers the question."

Justin Rose skipped the DP World Tour Championship in Dubai late last year, in part because he had no chance of winning the Race to Dubai.

That scenario likely won't exist this year with a big boost in prize money and points.

And the European Tour will find out just how much money is as an incentive.

The total purse at all three events remain the same, meaning the rest of the field will play for a $5 million purse. That also leads to slightly smaller fields — 70 players for Turkey, 60 for South Africa and 50 for Dubai.

European Tour chief executive Keith Pelley said the additional Race to Dubai points will increase the number of players with a chance to win. A tour analysis shows if this new points model had been in place the last five years, five to 16 players on average would have had a chance to win the Race to Dubai. Last year, it came down to only two players, Francesco Molinari and Tommy Fleetwood. Molinari finished in a tie for 26th to hold off Fleetwood for the season-long title.

"With the revised prize money breakdown and the extra Race to Dubai points in place for 2019, this provides a tremendous incentive for our players," Pelley said.

Mexico is the 22nd country where Tiger Woods has competed as a pro. ... Michelle Wie makes her first LPGA Tour appearance since last October because of a hand injury. She is part of the field at the Honda LPGA Thailand. ... The 3M Open in Minnesota, one of two new tournaments on the PGA Tour this year, now has commitments from Bryson DeChambeau, Jason Day and Patrick Reed. ... The developmental circuit for the LPGA of Japan, known as the "Step Up Tour," has been approved to allot world ranking points. ... PGA of America president Suzy Whaley will be captain of the U.S. team in the inaugural Women's PGA Cup in October in Austin, Texas, a team competition among PGA members from around the world.

In the last year, Jordan Spieth has only had three tournaments where he has started the final round within five shots of the lead or better.

"Nobody can really brag about how far they hit it this week." — Justin Thomas, on playing at 7,800 feet elevation in the Mexico Championship.