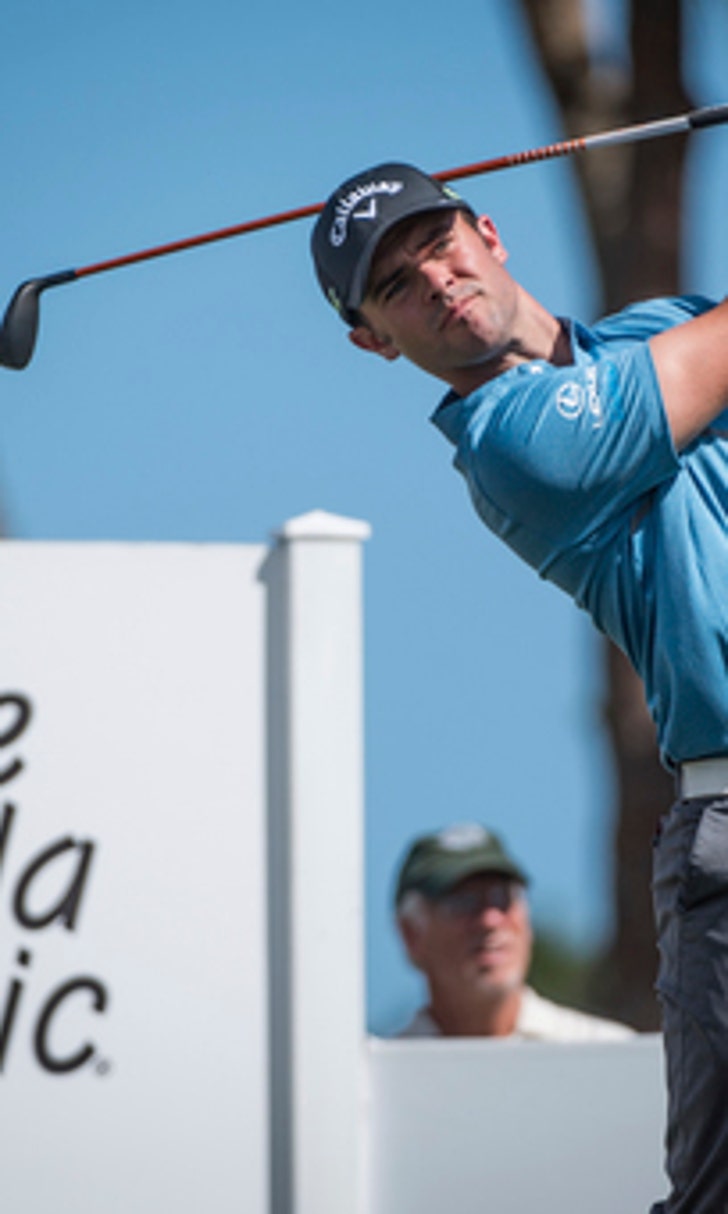 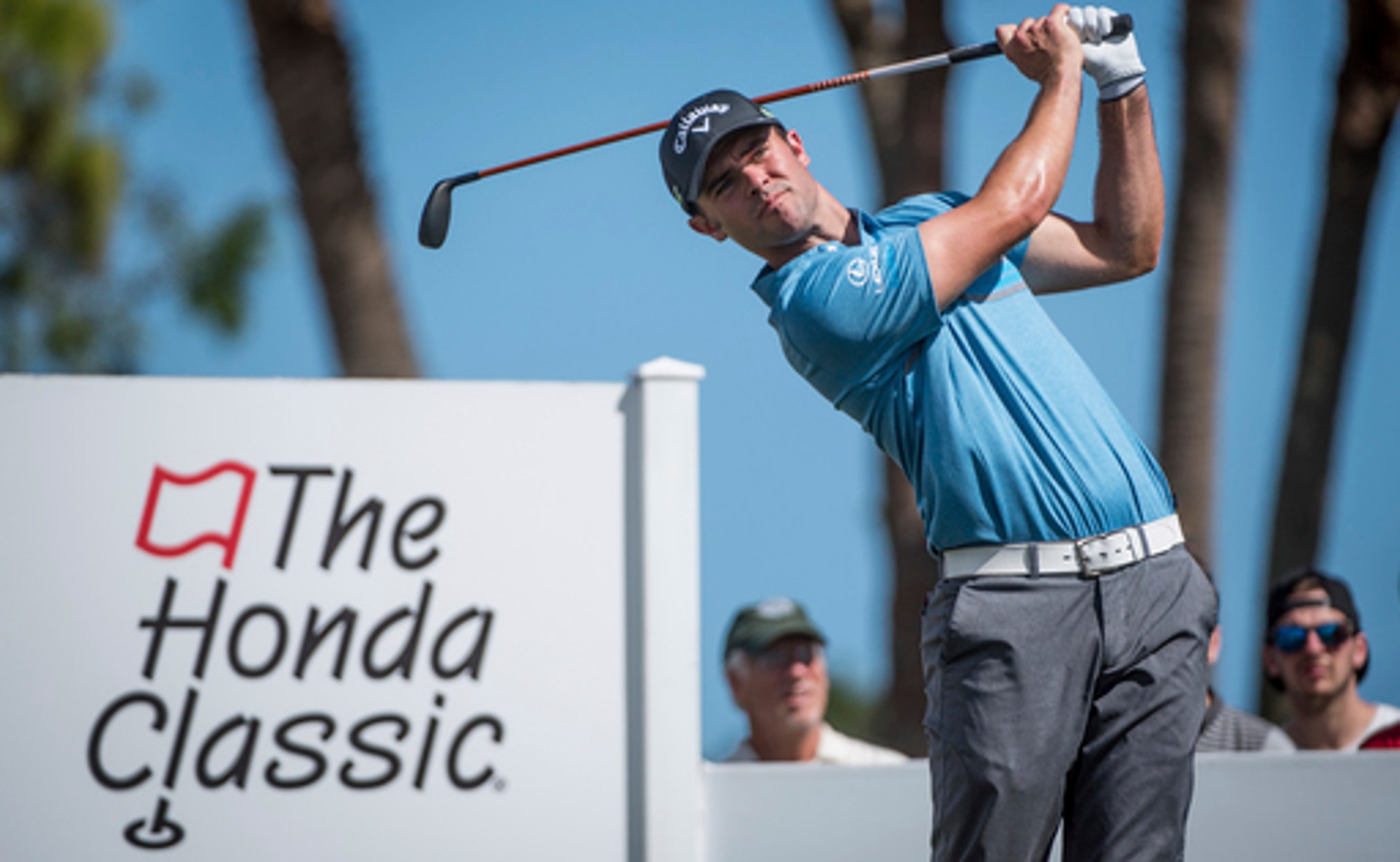 No games: Bryan tied for lead at Honda Classic

PALM BEACH GARDENS, Fla. (AP) This was not a trick. This was a PGA Tour event.

Wesley Bryan, the PGA Tour rookie best known for the trick-shot videos he makes with his brother George, was so far right of the eighth fairway Friday in the Honda Classic that he was seemingly blocked out by the trees with limited options - or not many good ones, anyway.

Option one: There was a small gap at the top of the trees and he could take it over it all.

''But the best I could have done was hit just short of the green,'' Bryan said.

Option two: Chip out sideways back to the fairway.

''But shoot, that was probably a harder shot that taking a low cut through the trees,'' he said.

So he went with option three, and hammered it with so much bending left-to-right action that it cut through the trees and settled about 18 feet away. Bryan missed his birdie putt and looked back on the high-risk shot with a veteran's perspective.

''Definitely don't want to go over there and hit it again,'' he said.

Bryan is loving his time on the PGA Tour more than ever. With a 10-foot birdie putt on the final hole at PGA National, he had a 3-under 67 and goes into the weekend tied for the lead with Ryan Palmer.

He also shared the 36-hole lead in the John Deere Classic last August, but then he was fresh with confidence from having won for the third time on the Web.com Tour to earn an instant promotion to the big leagues. He tied for eighth.

When his rookie season began in October, he could barely crack an egg - three finishes out of the top 40, four missed cuts, another middle-of-the-pack result. But at Riviera last week, Bryan shot a 63 in the third round and was two shots behind Dustin Johnson. That excitement lasted about as long as it took Johnson to close out the third round with three straight birdies and soon stretch his lead to nine shots.

''It was really a tournament for second place,'' Bryan said. He made a few bogeys down the stretch and tied for fourth.

PGA National represents his next chance.

Bryan is all about having fun. He and his brother, who grew up in South Carolina and attended the same high school (Dutch Fork) as Johnson, stumbled into making videos. Bryan has a knack for hitting a golf ball in midair, and his brother was the setup man.

But he liked the idea of being a PGA Tour player more than an internet star, and when he made it through Q-school to earn a Web.com Tour card, he showed there was a lot more to his game than trick shots.

He had never played a PGA Tour-sanctioned event until just over a year ago when he tied for seventh in his Web.com Tour debut in Panama. Then came victories in Louisiana in his third start, in Mexico a month later. He was on his way.

Bryan raised more than a few eyebrows last November at the RSM Classic at Sea Island when he was presented his award for Web.com Tour player of the year. He was asked that day about the talent gap between the Web.com Tour and the PGA Tour.

He realizes that ''guys are good out here'' and ''they don't stop making birdies.''

Then again, confidence goes a long way, and he picked up plenty of it with his three victories last year on the Web.com Tour.

''The more times you get in contention with a chance to win, the better off you are in the future,'' he said. ''Luckily, I was able to knock it out three times last year, and I found that under pressure, I can still hit the shots.''

One of the more important shots he hit Friday was with his putter - in a palmetto bush, 125 yards from the green.

He figured it was his best chance to advance the ball, and he scooted it along some 20 yards to get a better look at the green. He came up just short, chipped to 8 feet and made it for bogey.

''Don't like making bogeys, but any time you find yourself with a putter out of the trees for your second shot, it's not good,'' he said. ''Glad to settle for bogey there.''