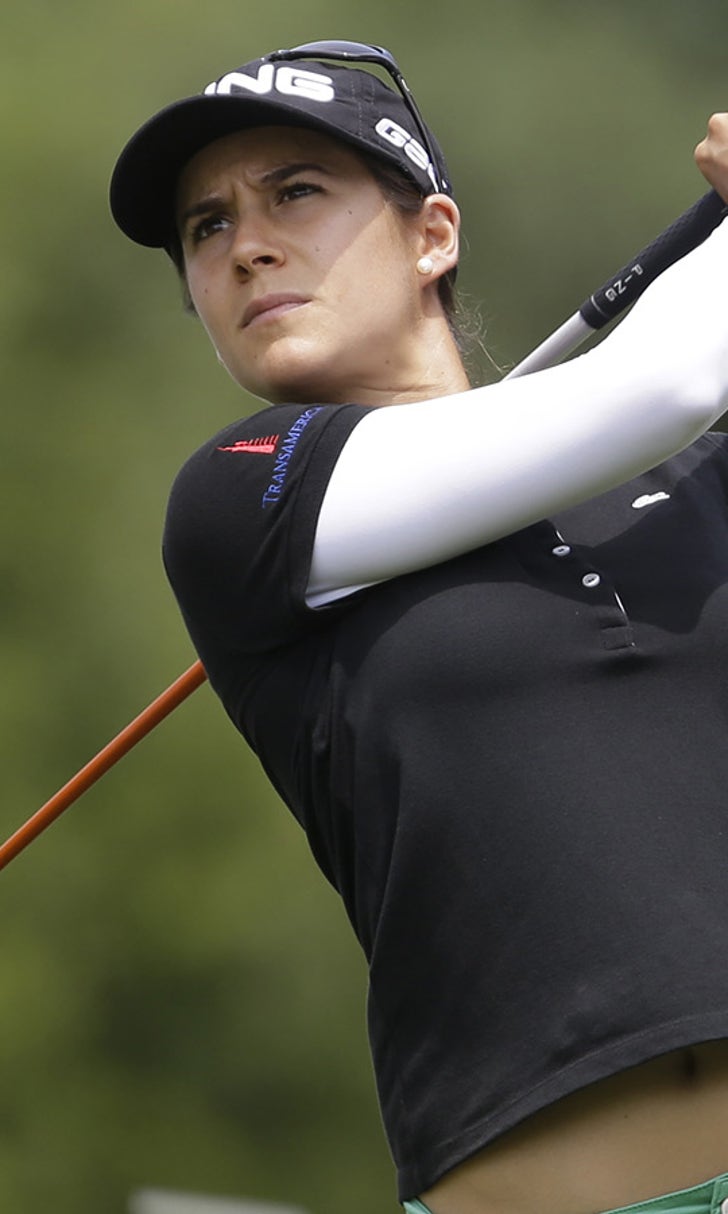 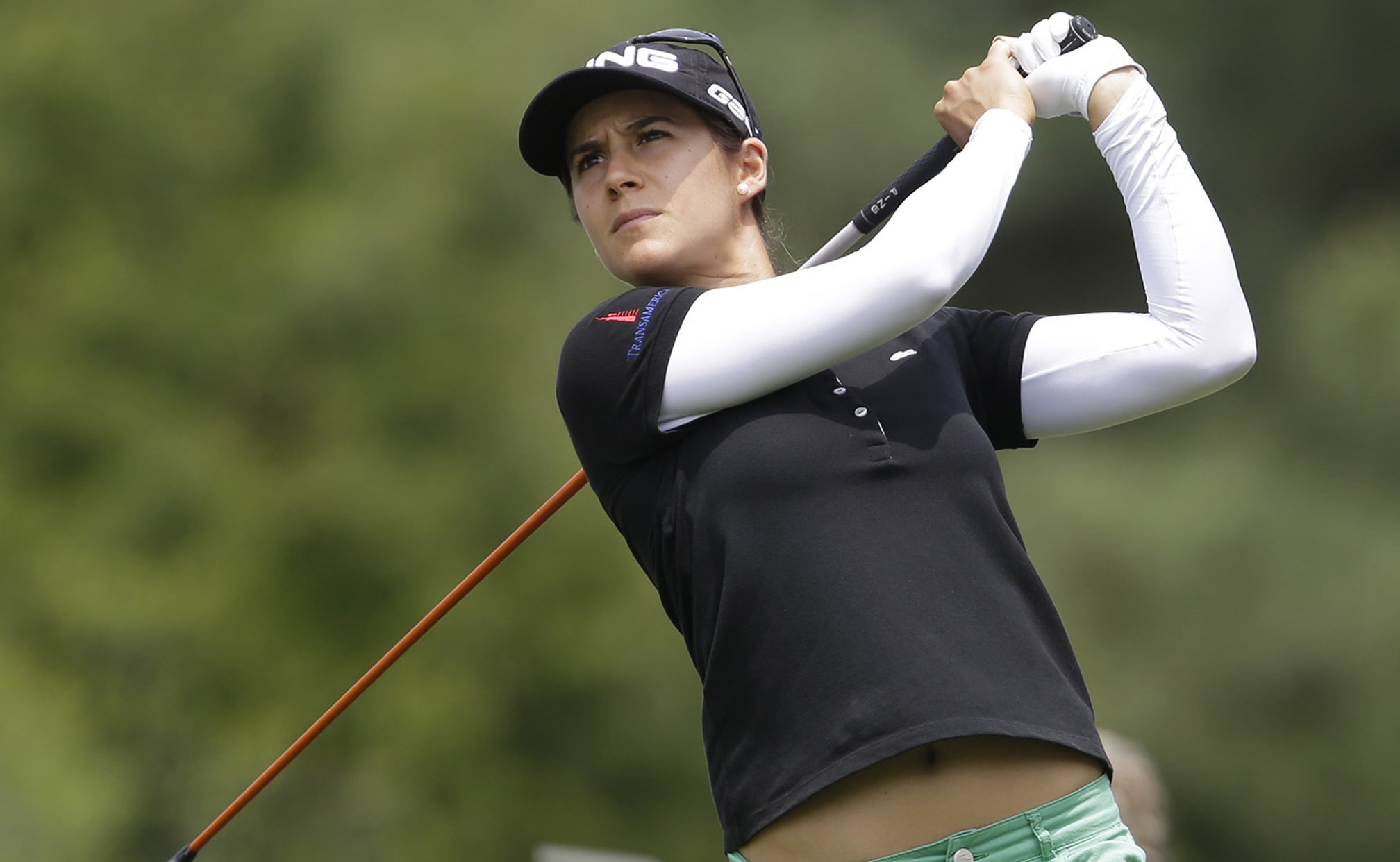 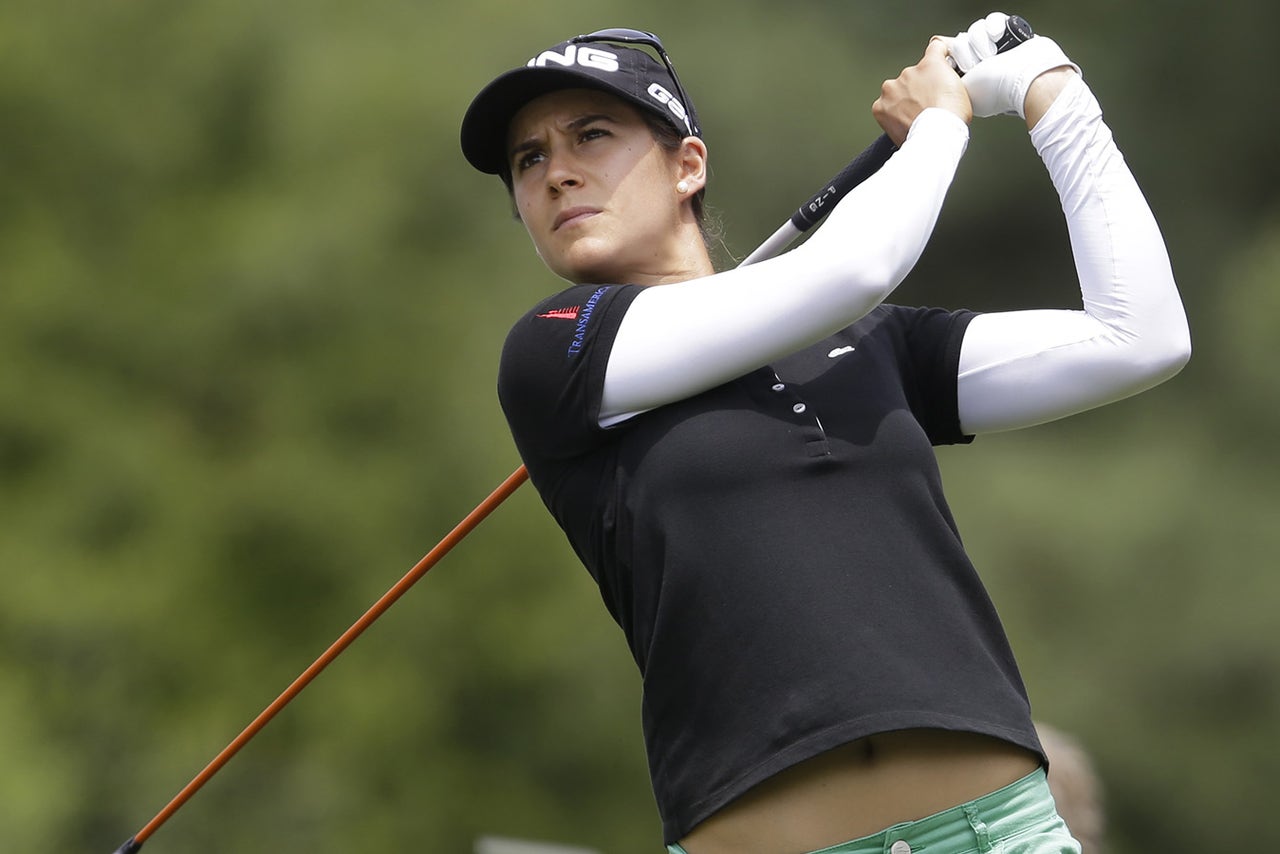 Azahara Munoz and Austin Ernst had strong finishes Thursday to share the first-round lead in the Kingsmill Championship at 7-under-par 65.

The former NCAA individual champions completed their morning rounds on the front nine at Kingsmill's River Course, with Munoz birdieing four of her last seven holes, and Ernst closing with birdies on No. 7 and 9.

''I don't think it's easy,'' Munoz said. ''The wind is pretty tricky, but the pins were somewhat accessible. Obviously, the course is playing is much shorter than normal because it's warmer and drier. Holes I had been having 4-irons in, I was having 9-irons in today.''

Munoz had a bogey-free round, saving par with a 10-foot putt on the par-3 second -- her 11th hole -- after hitting into a greenside bunker. The Spaniard lost a playoff to Paula Creamer in Singapore in March when Creamer made a 75-foot eagle putt on the second extra hole.

''I've been having a much better attitude,'' said Munoz, the 2008 NCAA winner at Arizona State who won the 2012 Match Play Championship for her lone tour title. ''When I miss a shot, I don't let it get to me so much like I used to. I used to get pretty upset, and that really hurt me.''

''Really just solid,'' Ernst said. ''Gave myself a lot of looks, hit a lot of greens and made it really easy on myself out there on a day when it was pretty windy and it could kind of get away from you a little bit.''

''We'll just kind of see,'' Ernst said. ''I'm kind of glad I'm in the afternoon tomorrow. That way I don't have to kind of hang out. If it does get delayed, you're not waiting on the update every 30 minutes.''

Defending champion Cristie Kerr opened with a 67 after missing the pro-am Wednesday because of illness. She also won the Michelob Ultra at the course in 2005 and 2009.

''It was weird. I started feeling really bad Tuesday night,'' Kerr said. ''I woke up and just didn't want to get out of bed. Just kind of knew something was wrong. I just was going to stay in bed and try to recover, but my husband was like, `You got to go see a doctor.' So I went, and he was like, `You have heat exhaustion and maybe something else going on.' So they took me to the hospital and gave my IV fluids and ran some tests and I had an infection.''

Lexi Thompson, the Kraft Nabisco winner, also was in the group at 67 along with Lizette Salas, Brittany Lang, Kathleen Ekey, Danielle Kang and Thidapa Suwannnapura.

''Overall, I'll definitely take 4 under,'' Thompson said. ''I feel really good about my game right now. I've worked extremely hard in my offseason, especially on my short game. I put a lot of hours and hard work into it. To see it paying off definitely helps my confidence out.''

Second-ranked Stacy Lewis and No. 3 Lydia Ko, both in position to take the top spot in the world ranking from Inbee Park, each shot 70. Lewis would jump to No. 1 with a victory or a solo second-place finish, as long as Ko doesn't win. Ko needs a victory to move to No. 1. Park is skipping the tournament.

The 17-year-old Ko is coming off a victory three weeks ago in the Swinging Skirts event in California.

''I think I'm hitting the ball really well, which is a really good sign,'' Ko said. ''So, hopefully, I can hit like this the next couple days and get some putts going in.''