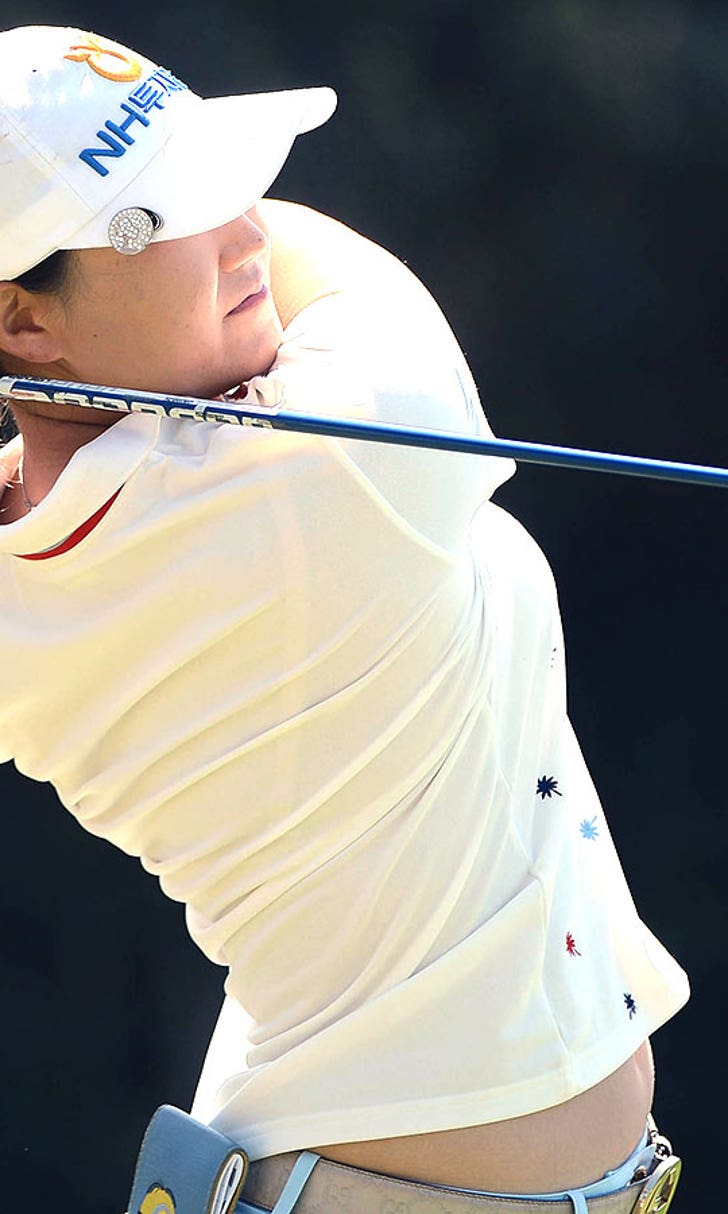 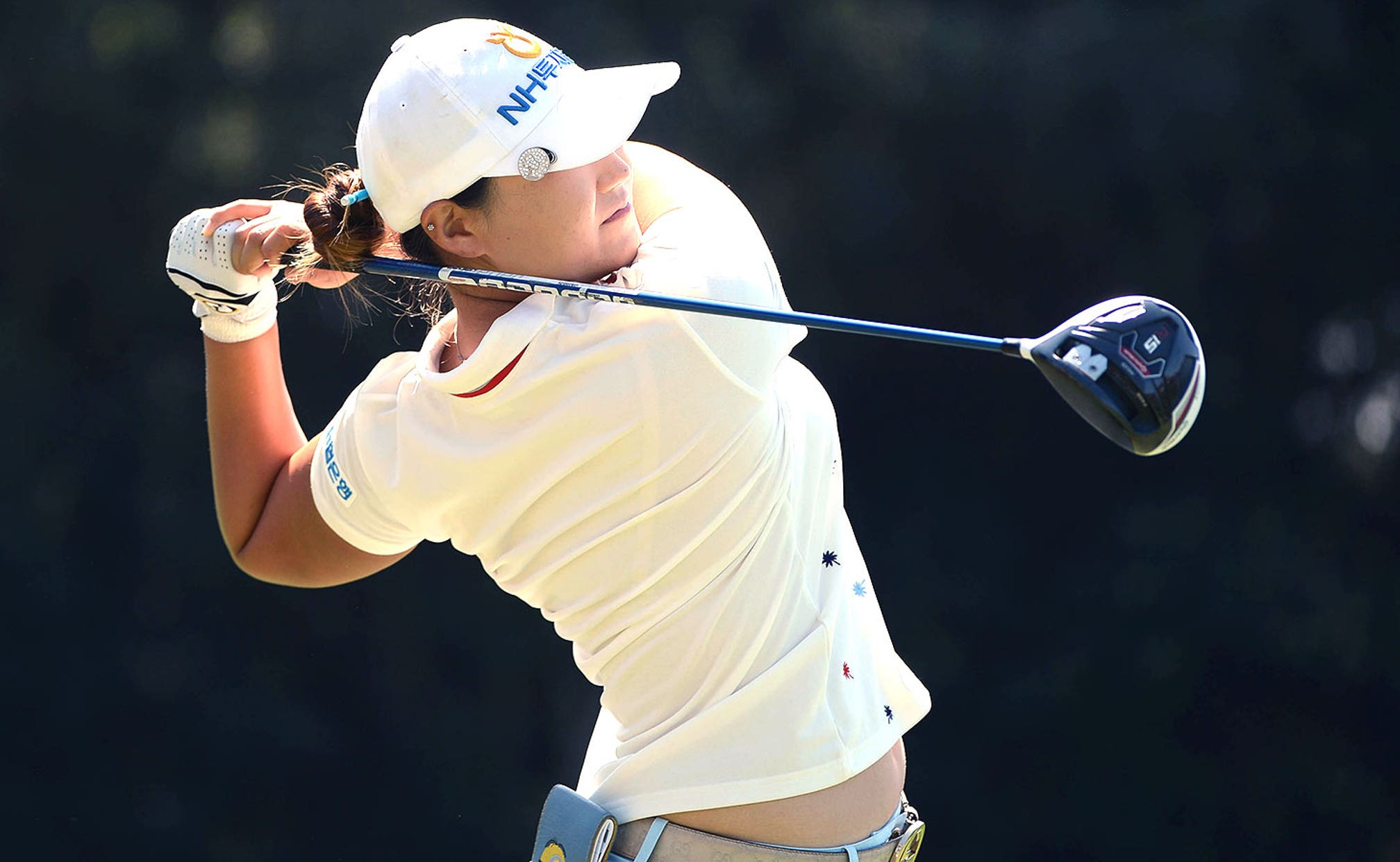 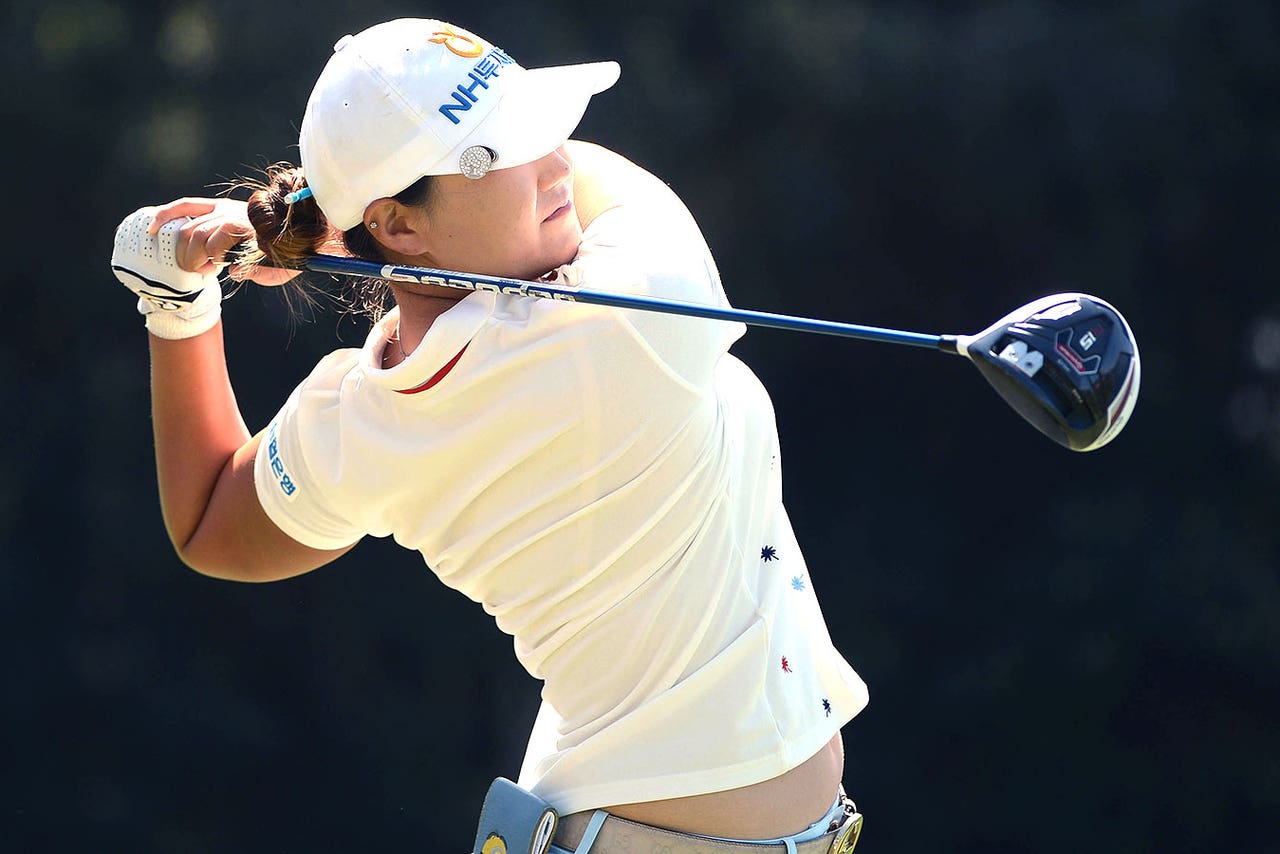 Lee shot a 6-under 66 to reach 16-under 200 at Aviara, leaving her a stroke ahead of former UCLA player Alison Lee in the final event before the first major of the season next week at Rancho Mirage.

The 17-year-old Ko shot a 67 to move within two rounds of matching Annika Sorenstam's LPGA Tour record for consecutive rounds under par of 29 set in 2004. Ko pushed her worldwide streak to 30.

"It's definitely a little frustrating, and especially finishing off with a bogey," Ko said. "But I had an 18-yard putt, and you just don't want to be in that position in the first place. It's just, I think, everything balances out. I chipped in for eagle and all that. It could have been a worser day, could have been better. But I know that I'm hitting the ball well, so hopefully I can take this to tomorrow and just give myself a lot of opportunities."

Mirim Lee had five birdies and a 6-foot par save on the par-4 18th in a back-nine 31. The 24-year-old South Korean player won LPGA Tour events last year in Michigan and China.

"I think putting was best," Mirim Lee said. "It was better than yesterday, so score was good."

The 20-year-old Alison Lee had her second straight 66. She's making her fourth LPGA Tour start as a professional. Last year, she won the Pac-12 title as a freshman at UCLA and was co-medalist at Q-school.

"I feel like I've had a lot of experience and played in a lot of tournaments to know that I didn't want to put too much pressure on myself," Alison Lee said. "So, over the last stretch of holes, I just played my own game, stayed in the moment, and to be honest, I didn't even know what I shot until I signed my scorecard."

"Overall, the last couple days, I felt like my irons were really solid," Ko said. "I was kind of on and off with the long clubs, but I felt like I hit the ball well, and that means I could be a little bit more positive about it. The only really loose shot was that tee shot on 16 and my second shot on 18. But it's good that I'm confident enough that I can go for these tough pin positions."

The New Zealander has two worldwide victories this year, winning the tour's Women's Australian Open and the Ladies European Tour's New Zealand Women's Open in consecutive weeks. She has 10 straight top-10 finishes on the LPGA Tour. Ko has six career LPGA Tour victories, has never missed a cut in 48 career tour starts and has 10 worldwide wins in pro events.

Cristie Kerr and Japan's Sakura Yokomine were 13 under. Kerr bogeyed the final hole for a 68, and Yokomine eagled the 16th in a 67.

Se Ri Pak matched the course record with a 64 to join Ko, Paula Creamer and Jennifer Song at 12 under. Creamer closed eagle-birdie-birdie for a 66. Song also had a 66.

Lexi Thompson, preparing for her title defense in the ANA Inspiration, was 11 under after a 65.

Morgan Pressel, tied for the second-round lead with Mirim Lee after matching the course record with a 64, had a 72 to fall into a tie for 10th at 10 under.

Second-ranked Inbee Park also was in the group at 10 under after a 68. She took last week off after winning in Singapore and finishing second in a Ladies European Tour event in China.