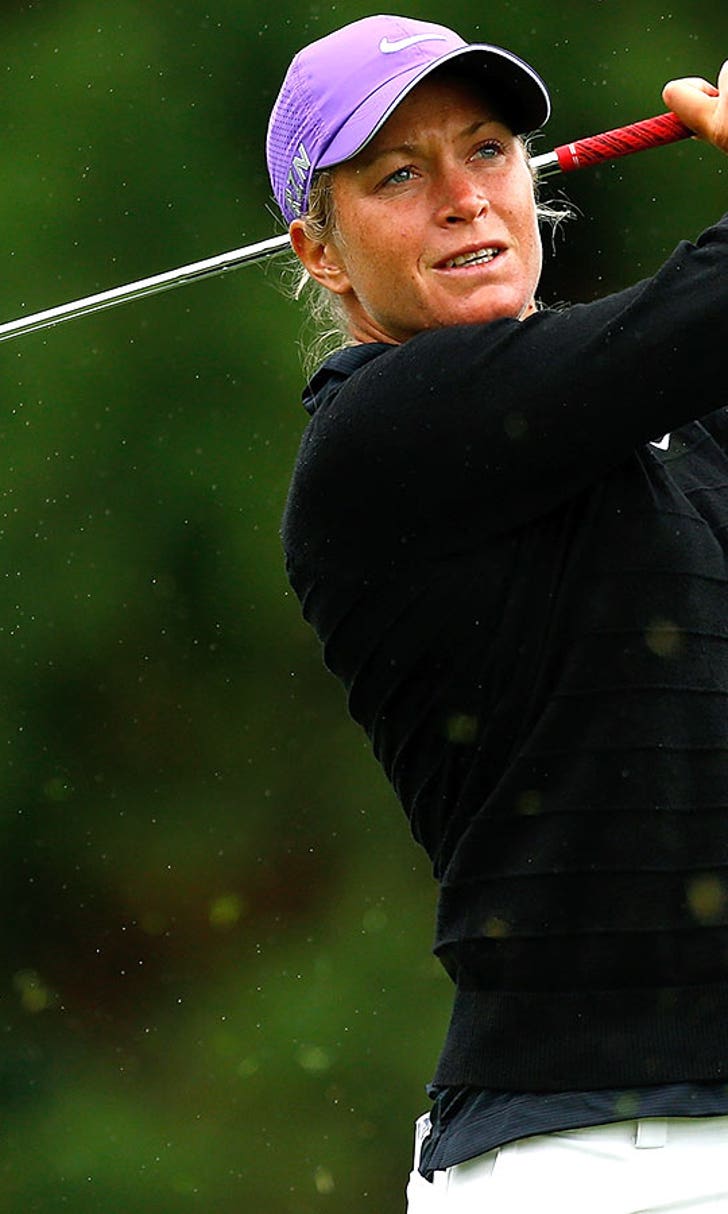 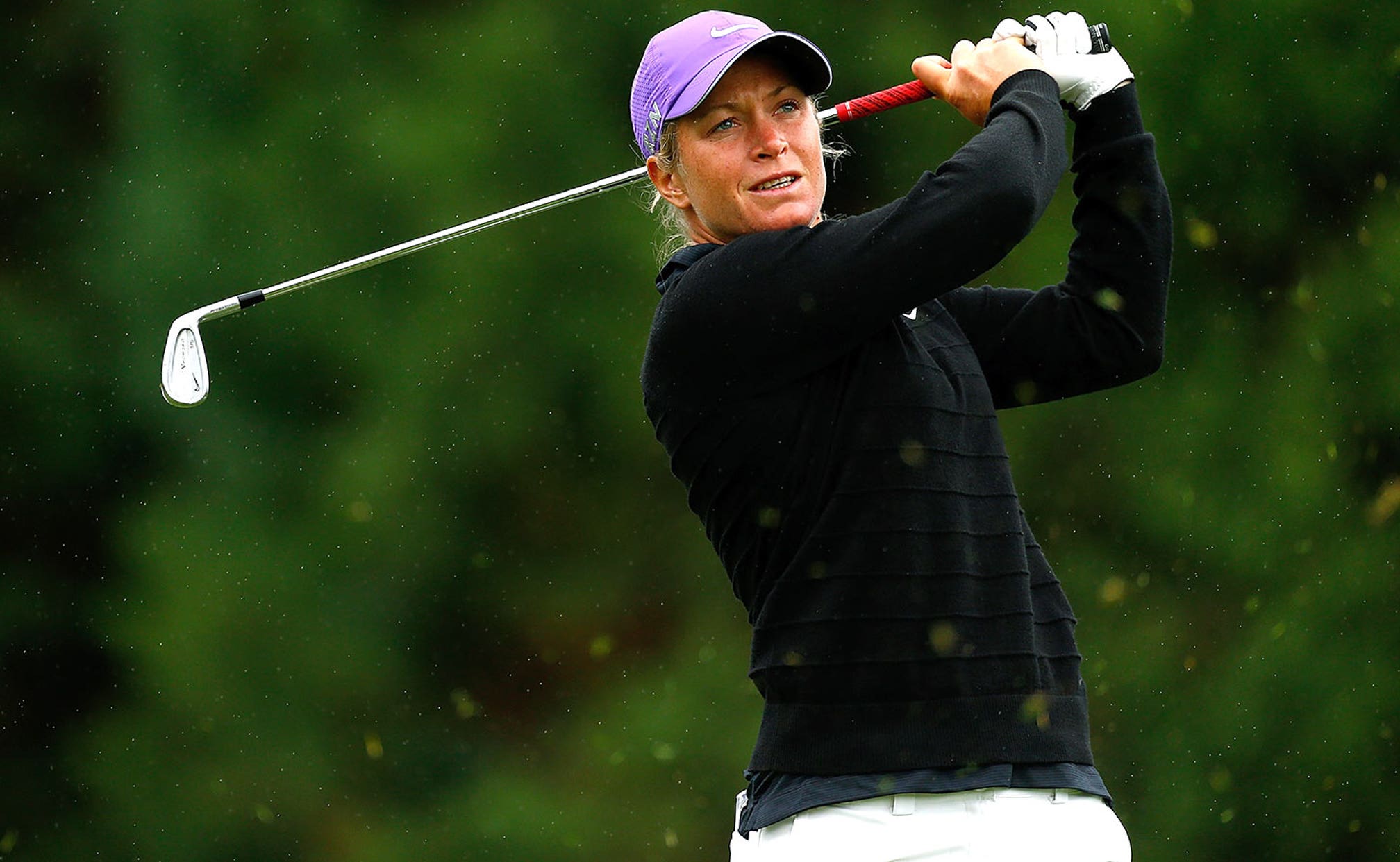 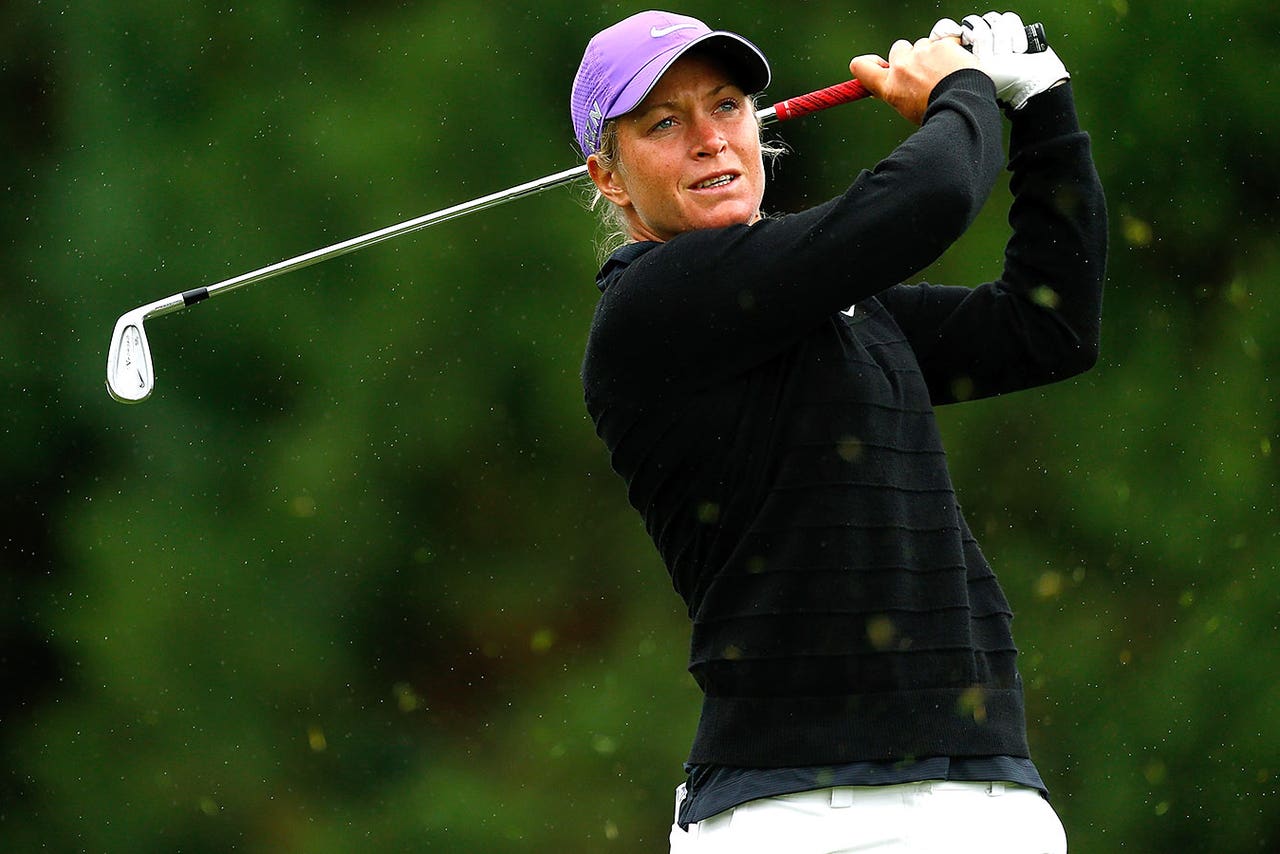 Defending champion Suzann Pettersen shot her second straight 5-under 67 on Saturday for a share of the third-round lead in the LPGA Tour's Portland Classic.

Trying to match Nancy Lopez's record with her third victory in the event, Pettersen had an eagle, four birdies and a bogey at Columbia Edgewater. The fourth-ranked Norwegian star is winless this season after winning four times last year to push her career total to 14.

''I still feel the low one is out there. Got to go out tomorrow and just try to birdie as many holes as you can,'' said Pettersen, who birdied Nos. 16 and 17.

The last five times Pettersen has led or had a share of the lead after three rounds, she has gone on to win.

''Tomorrow, just got to step on the pedal,'' Pettersen said.

Spain's Carlota Ciganda and South Korea's Mi Jung Hur shot 70 to match Pettersen at 11-under 205. Ciganda bogeyed the par-4 18th to fall into the tie.

Ciganda is hoping to win her first LPGA Tour title in memory of Rogelio Echeverria, her long-time coach who died three weeks ago after a brief bout with stomach cancer.

''It would be unbelievable. I know he's watching up there, and I would love to win for him. Everything I do from now on, it's going to be for him,'' Ciganda said.

On the final hole, she drove into a fairway bunker and missed a 6-foot par putt.

''Not the best, but I mean that's a tough hole,'' Ciganda said. ''I hit it into a bunker and it wasn't an easy shot, and I didn't make the putt. Eighteen holes, I missed one hole.''

Hur won the 2009 tournament for her lone LPGA Tour victory.

South Korea's So Yeon Ryu and I.K. Kim and China's Hi Yu Lin were a stroke back. Ryu, the Canadian Women's Open winner last week, and Lin shot 70. Kim, the leader after each of the first two rounds, had a 74.

''Just didn't make putts,'' Kim said. ''I hit a lot of good tee shots. The greens were firm, and a lot of pins were in front, so I misadjusted and had a lot of downhill putts. I couldn't be aggressive.''

Kim is trying to end a four-year winless streak on the LPGA Tour, although she won on the Ladies European Tour in July.

''I still have a chance, but I just not happy with how I kind of scored today,'' Kim said.

Gigi Stoll, a senior at Beaverton High School who won the Portland Classic Amateur Open last week to earn a berth in the field, was even par after a 71.

South Korea's Jeong Jang, who announced her retirement this week, was even par after a 75. Countrywoman Hee Won Han, also retiring, had a 74 to reach 2 over.