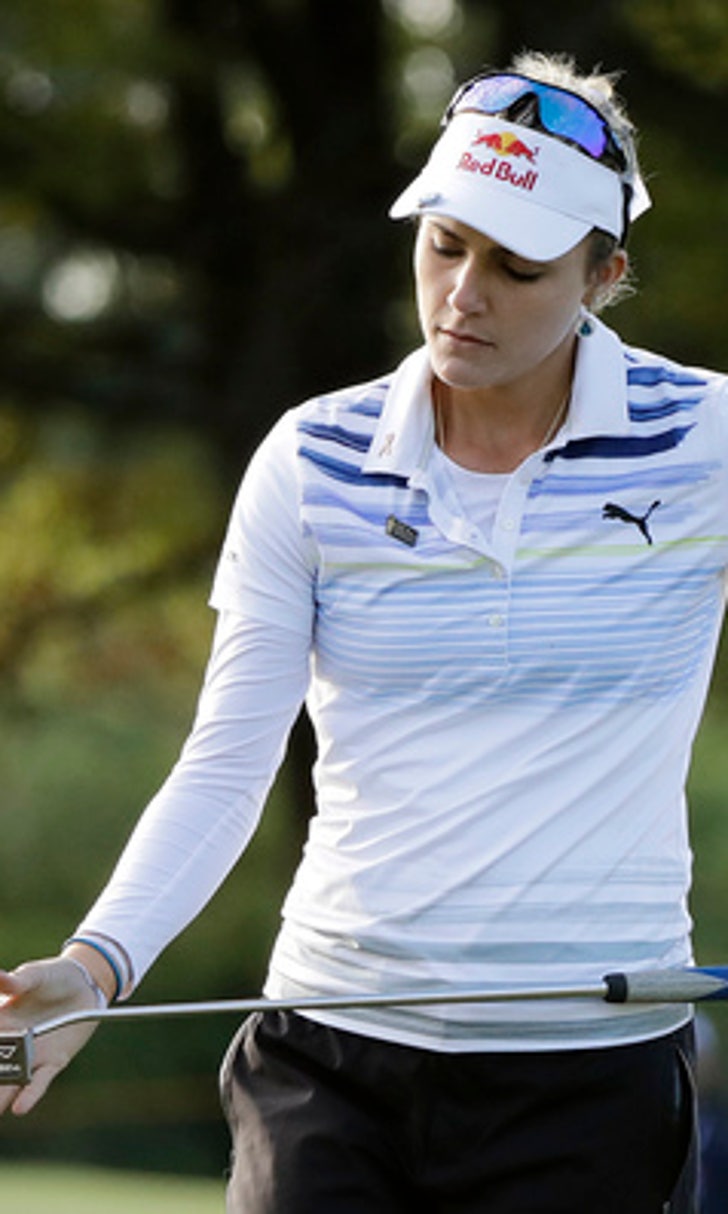 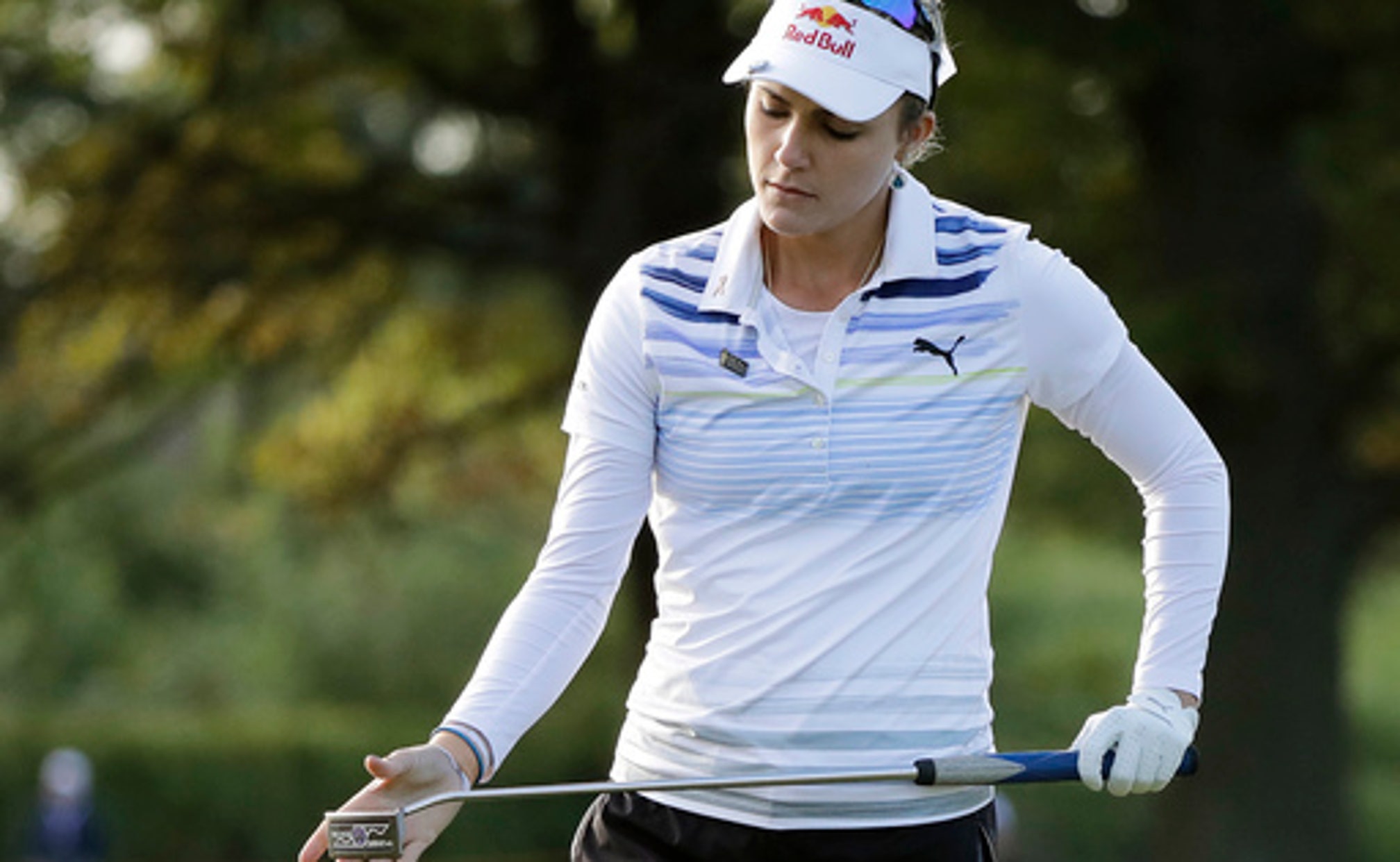 INDIANAPOLIS (AP) Lexi Thompson shot a 9-under 63 on Thursday to take a one-shot lead over Sandra Gal and Kris Tamulis in the LPGA Tour's inaugural Indy Women in Tech Championship.

Thompson had 11 birdies and two bogeys to fall a stroke short of the Brickyard Crossing record set by Mike McCullough in the PGA Tour Champions' 1999 Comfort Classic.

''It was quite the early morning, so it was a bit cold on the range and struggled a bit on the range, but I just hit a few good drivers at the end,'' Thompson said. ''I just committed to one thing going into the round and I think that's what made my day a lot easier on me. I just stuck to my routine and committed to my golf shots.''

Gal, like Thompson, started her morning round on the back nine that features four holes inside the Indianapolis Motor Speedway. Gal hit 12 of 14 fairways in regulation in her bogey-free round.

''It's cool, it's funky. I really do like the course,'' Gal said. ''I think it has really good challenges off the tee and the greens, and it's cool being inside the track. It gets a little bit windy in there actually. It's just so big, it's unbelievable to be in there.''

Tamulis had the best afternoon score with four birdies on each side.

''I think actually just worrying about the hurricane makes me feel like golf's not a big deal, so I just hit it where I was looking, made some putts,'' said Tamulis, who lives in St. Petersburg, Florida.

Thompson, the 22-year-old Florida player ranked No. 3 in the world, tied for 21st last week in Portland, Oregon, in her first event since the Solheim Cup - where she overcame a big deficit in her closing singles match against Anna Nordqvist to earn a half-point for the winning Americans.

''I would say that round definitely gave me the confidence that I can make those birdies if I just let it go and fire at pins and commit to my shots and don't doubt it,'' Thompson said. ''That's how golf is. Golf is a lot about confidence and just committing to yourself and believing in yourself, something I'm learning along the way.''

Taking advantage of the wide fairways and forgiving greens softened by overnight rain, Thompson birdied three of the first five holes. She has seven birdies and a bogey in an eight-hole stretch from No. 17 to No. 6, and rebounded from a bogey on No. 8 with a birdie on No. 9.

''It was just two really bad iron shots and just ended up bogeying,'' Thompson said. ''But for the most part, I hit it great. Just hit a few bad shots with the bogeys, but I'm definitely not complaining.''

She won at Kingsmill in May for her eighth career victory.

The 32-year-old Gal needed a little more time to get started. After opening with five straight pars, the German player birdied six of the next seven holes and closed with two more birdies at Nos. 5 and 9.

''I've been feeling like my game's been pretty good the last couple months, but I just haven't been scoring, so everything just came together,'' Gal said. ''I think I also had a good attitude. I felt like I enjoyed it a little bit more out there.''

Lydia Ko, winless in more than a year, was two shot back at 65 along with Moriya Jutanugarn.

''It's nice to get off to a really solid start,'' Ko said. ''I've been struggling the last few months, so it's nice to be able to put myself in a different rhythm. And I was with a really good group with Anna and Stacy (Lewis). Obviously, Stacy winning last week, it's really nice to play alongside them.''

Nanna Koerstz Madsen and Amy Olsonshot 66, and Cristie Kerr and Brooke Henderson topped the group at 67.

''It's so different than every other golf course that we get to play,'' Henderson said. ''It's in amazing condition and it really makes you think all the way around, which I think is good for my game.''

Lewis opened with a 72. The Houston player donated her winnings last week in Portland to hurricane relief efforts in her hometown area.

Danielle Kang tried to play through a leg infection, but withdrew before finishing the round.