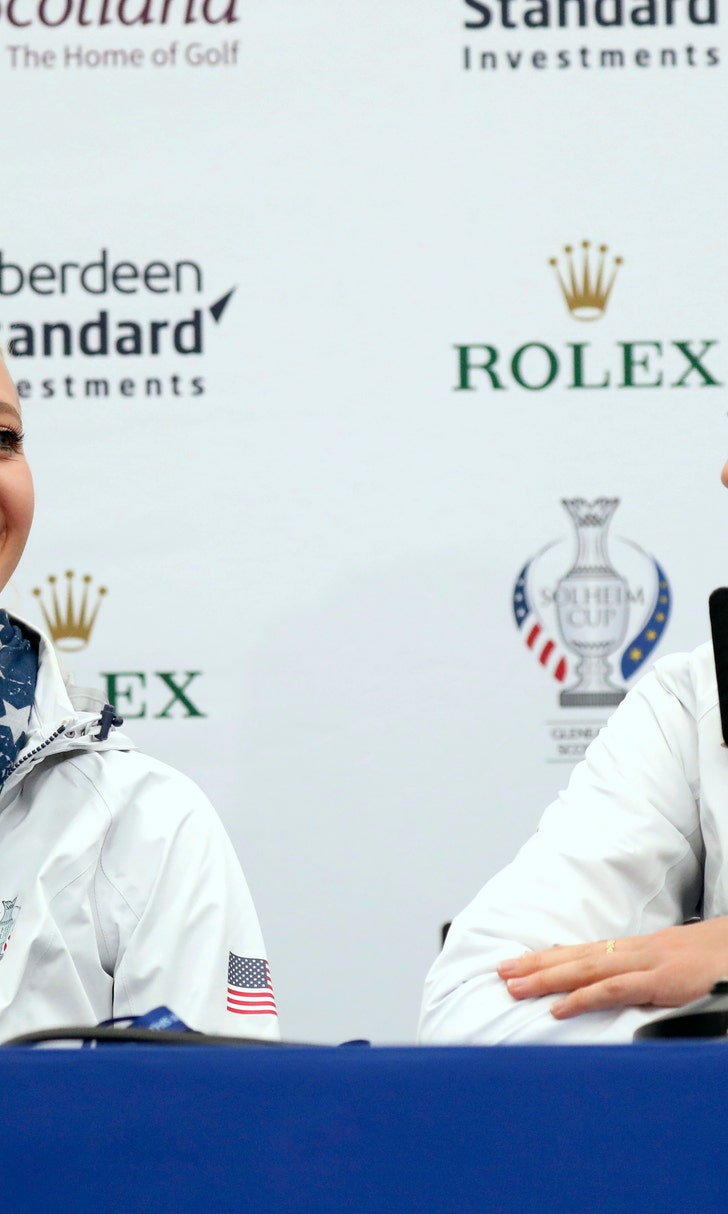 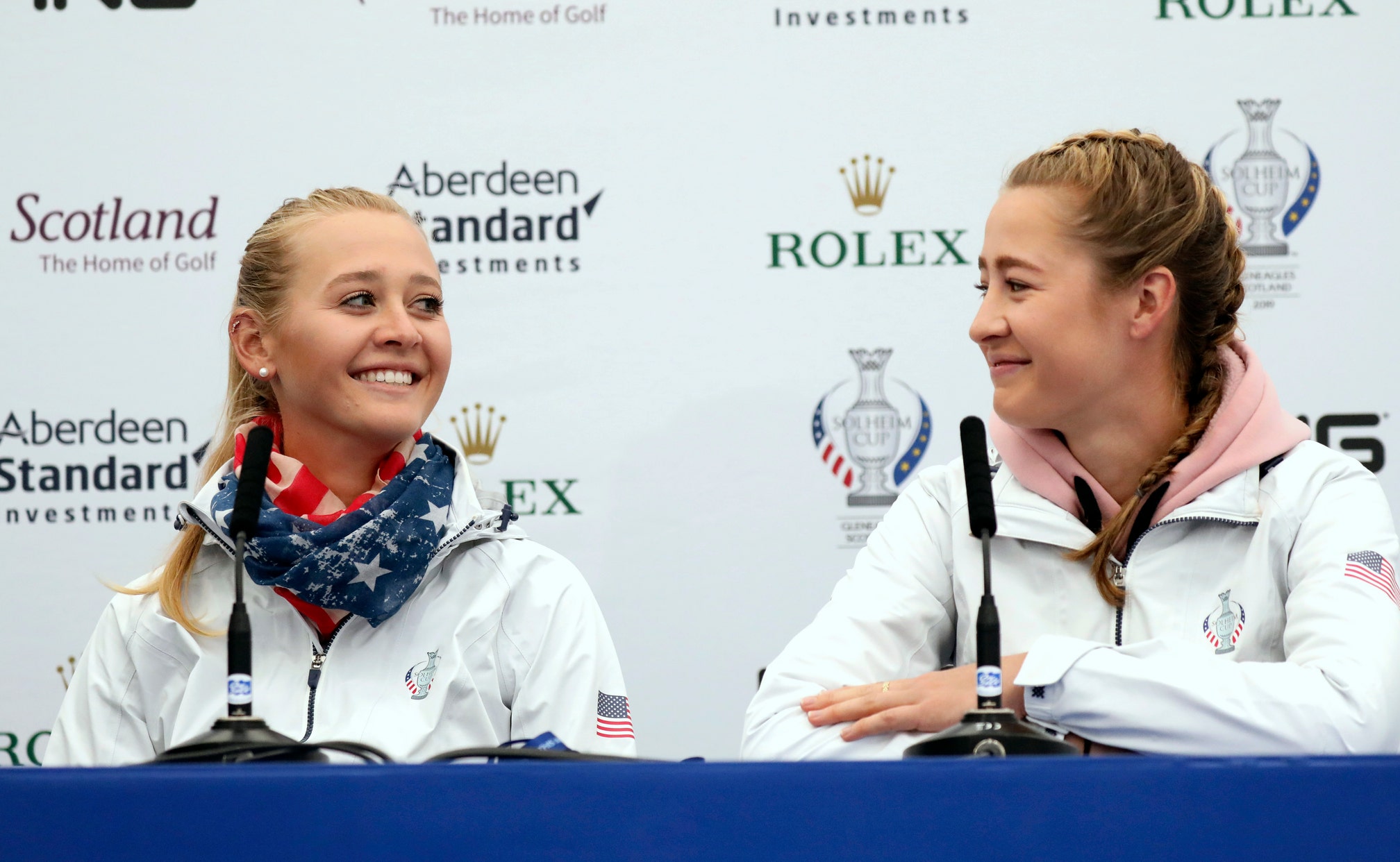 GLENEAGLES, Scotland (AP) — If things had worked out differently, they might have been walking out together in the blue of Europe on the opening day of the 2019 Solheim Cup.

Instead, Nelly and Jessica Korda will be proudly wearing U.S. colors on Friday when they become the first sisters to be paired in the biggest team event in women's golf.

Despite having some initial reservations because of their "different personalities," U.S. captain Juli Inkster chose to pick the siblings for the third match of the morning foursomes at Gleneagles.

"The more I thought about it, it would be stupid not to play them," Inkster said. "I mean, this is not often you get two sisters on one team."

Indeed, it has only happened once before at the Solheim Cup. On that occasion, in 1998, Annika and Charlotta Sorenstam made the European team but were never paired in foursomes or fourballs.

It will be the Kordas, then, that get the chance to make history.

The siblings were born to Czech tennis players Petr Korda, who won the Australian Open in 1998, and Regina Rajchrtova, who represented her country at the Olympics in 1988. Jessica, at 26 the elder of the two sisters by five years, even represented the Czech Republic at an amateur event as a 13-year-old before pledging her golfing allegiance to the United States.

Yet with Jessica and Nelly being born and raised in Florida and both having U.S. citizenship, they never entertained the idea of play of playing under any flag than the Stars and Stripes at the Solheim Cup.

"If you see our dad around, he better have his USA beanie on," Jessica said. "Just saying."

Nelly is making her debut at the Solheim Cup, though she was part of the squad — in a way — in the 2013 edition in Parker, Colorado.

Jessica was making her first appearance in the competition that year and her younger sister, who was 15 at the time, was virtually a team mascot, allowed by U.S. captain Meg Mallon to walk inside the ropes and be in the locker room.

It was the first time Nelly got to really experience what a Solheim Cup was like, and she wanted more.

Now she is No. 10 in the world, the second highest-ranked American — behind No. 3 Lexi Thompson — and eight places above her sister.

"We kind of know what ticks one another off and we know how to calm each other down," Nelly said before the pairings were announced.

The siblings spoke in front of the media together Thursday, often laughing and often responding to questions with the line: "I second that, what she said."

"We're in Scotland," said Jessica, sitting with a red-white-and-blue scarf around her neck. "It's really cold. We're from Florida. We're just trying to stay warm, have fun and make as many birdies as we can."

Four other rookies — Marina Alex, Megan Khang, Brittany Altomare and Annie Park — were thrown straight into action by Inkster. It means Ally McDonald, who was called up this week as a replacement for the injured Stacy Lewis, is the only rookie not to play in the first session.

"I really wanted to get my rookies out there in the morning and get them out there playing," Inkster said. "That was a lot of our thinking."

The U.S. team is looking to win for a third straight time.