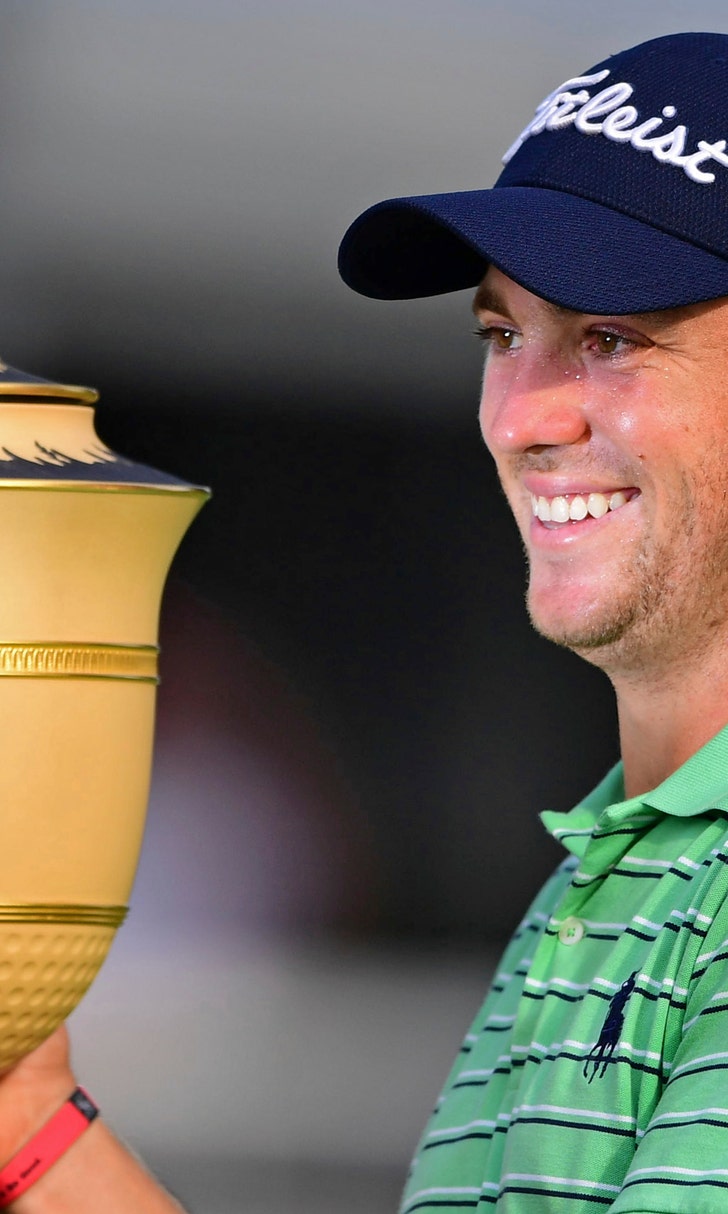 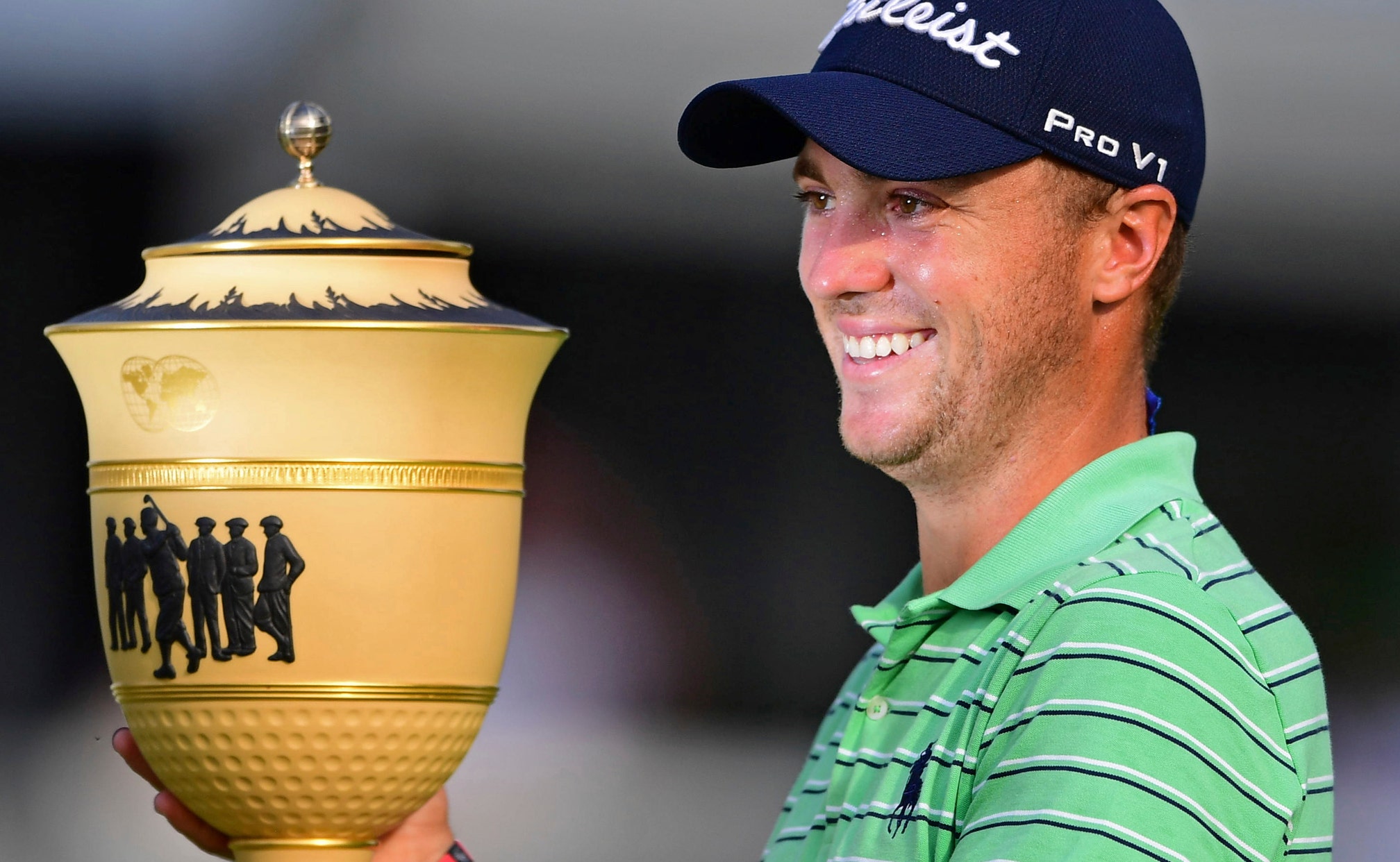 AKRON, Ohio (AP) — Justin Thomas took all the drama out of the final World Golf Championship at Firestone, never letting anyone closer than two shots and closing with a 1-under 69 to win the Bridgestone Invitational for his third PGA Tour title this season.

Sweeter than capturing his first World Golf Championship was the sight behind the 18th green Sunday. His grandparents, Paul and Phyllis Thomas, watched him win in person for the first time on the PGA Tour. Paul Thomas was a career club professional and played at Firestone in the 1960 PGA Championship, missing the 54-hole cut. His son, Mike Thomas, also is a career club pro in Kentucky and a former PGA of America board member. They saw a one-man show.

Playing in the final group with Rory McIlroy, the 25-year-old Thomas made only two birdies. That was all he needed on a day when just about everyone within range was making all the mistakes.

Thomas finished at 15-under 265 for a four-shot victory over Kyle Stanley, who got within two shots of the lead until bogeys on the 13th and 14th holes. Stanley closed with a 68.

Dustin Johnson, the world's No. 1 player who was coming off a victory in the Canadian Open last week, started the final round 10 shots behind and shot 29 on the front nine. A birdie at No. 10 put him three shots behind, but that was all he had. Johnson bogeyed the last hole for a 64 and shared third with Thorbjorn Olesen of Denmark, who also had a 64. McIlroy shot 73 to tie for sixth.

Tiger Woods, an eight-time winner at Firestone, started 11 shots behind and figured he would go out with a bang by playing aggressively. He turned in a dud, shooting 73 to finish 15 shots behind.

Thomas had gone five months since his last victory, a playoff win at the Honda Classic. While he didn't feel as though he were playing poorly, he didn't have the results to back it up. Now he does, and Thomas heads to St. Louis next week for the PGA Championship, where he will try to join Woods as the only players to win back-to-back in stroke play. Woods did it twice.