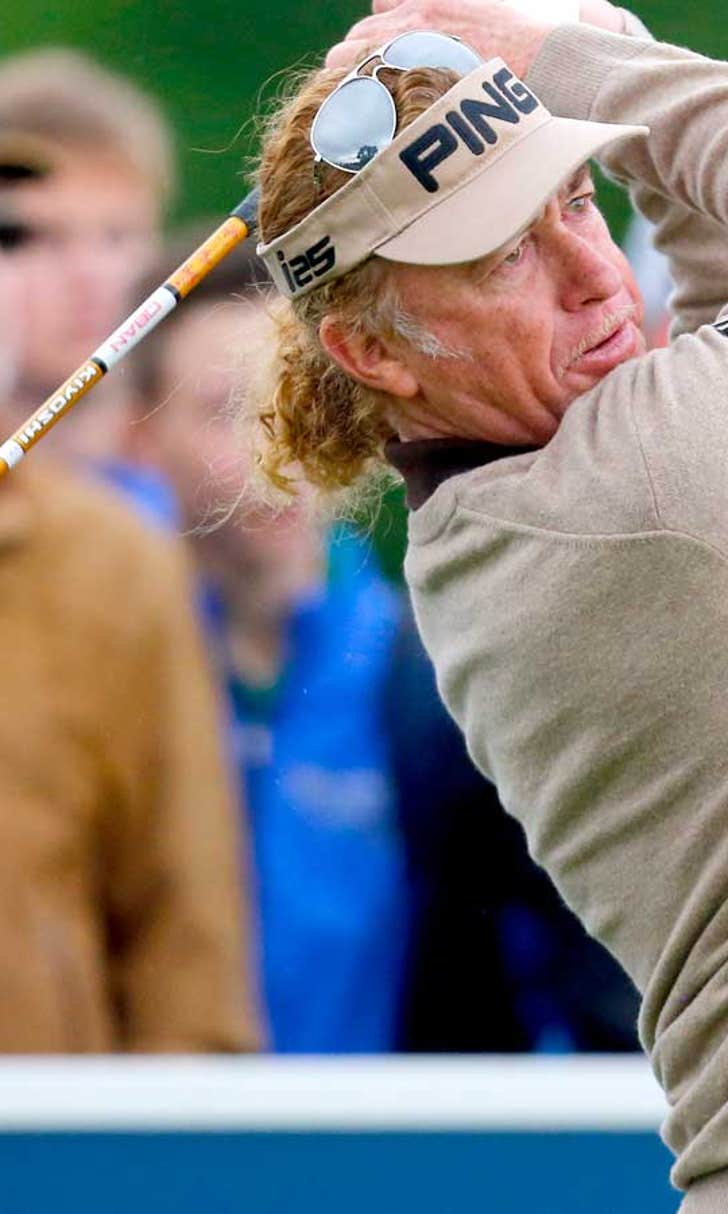 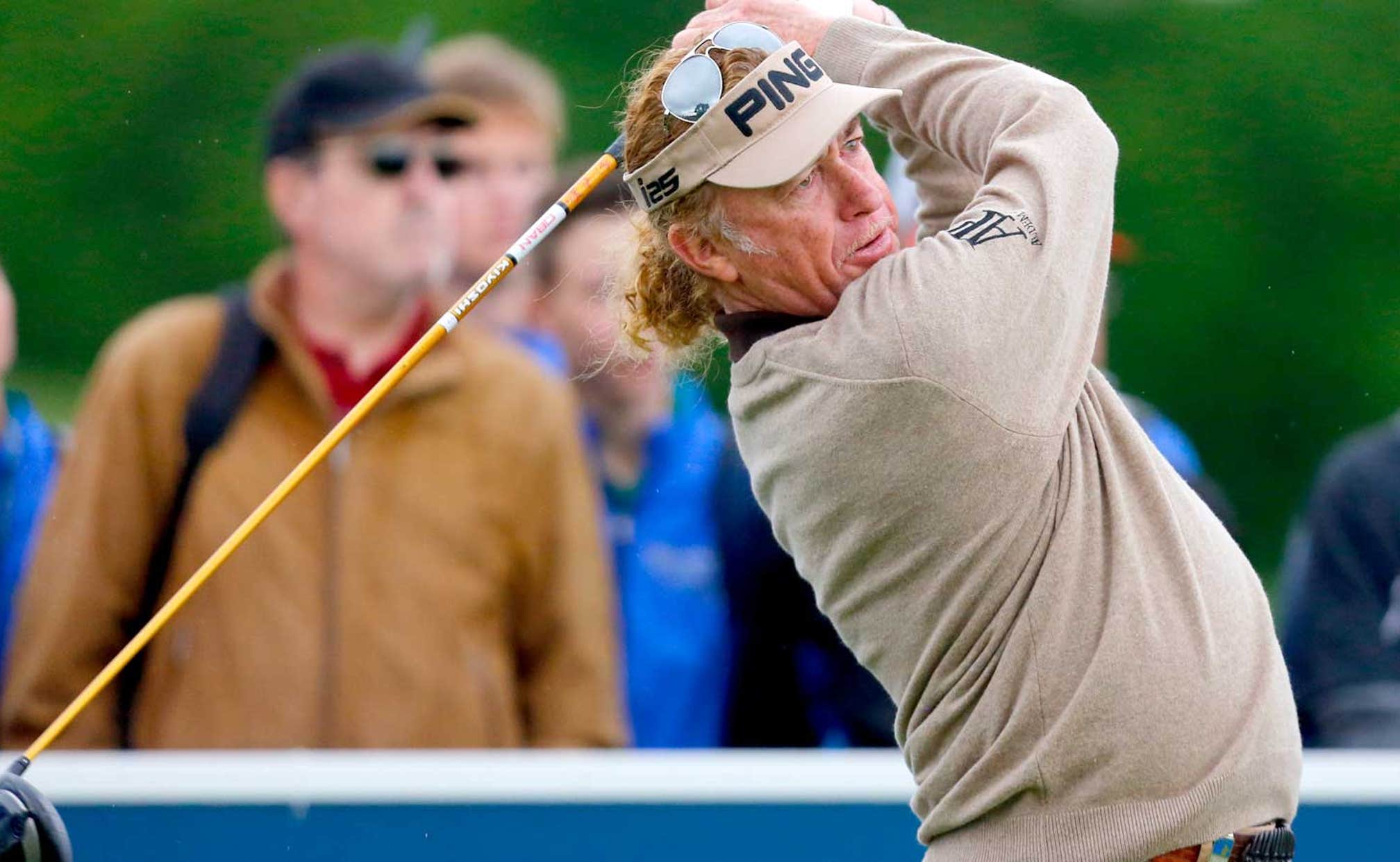 Jimenez rallies, sits three back after first round in Euro Tour 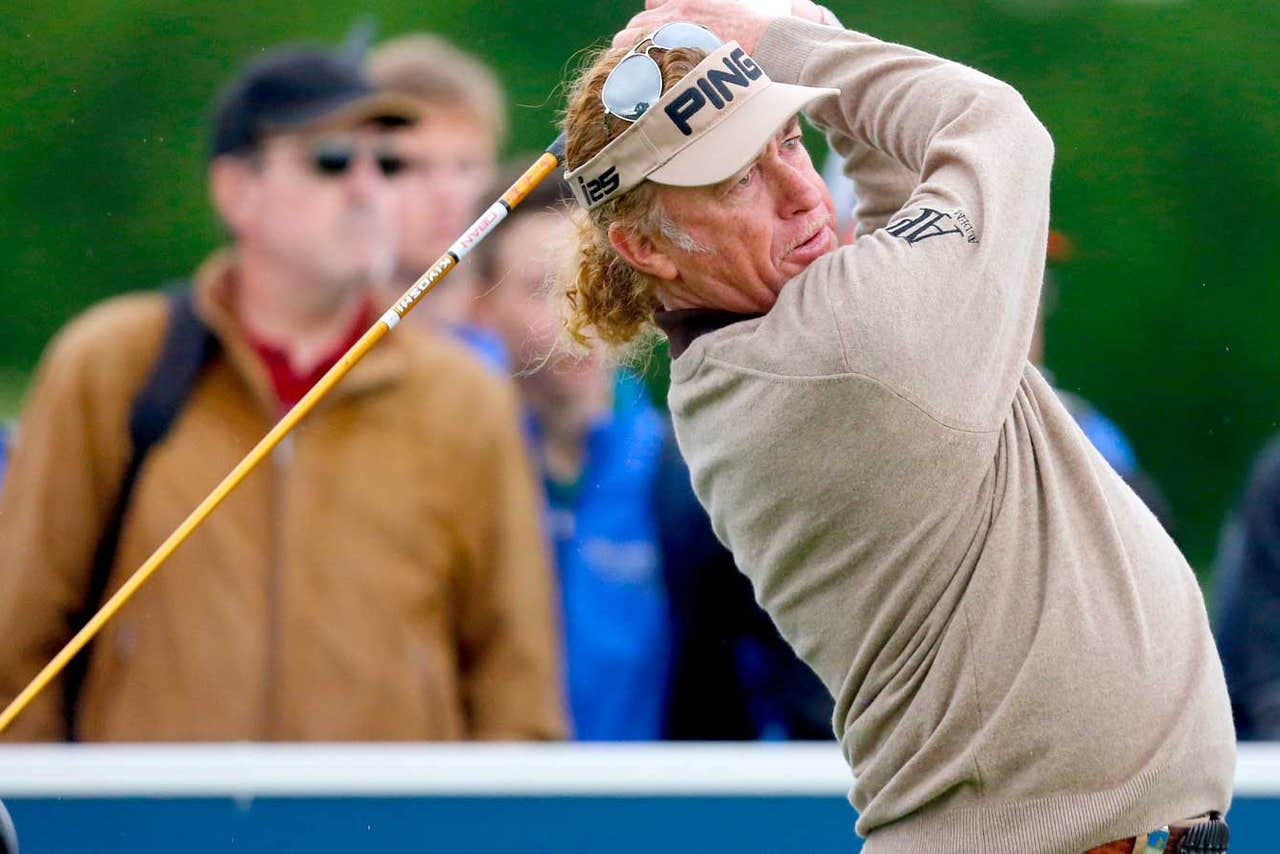 Miguel Angel Jimenez is at it again.

The 50-year-old Spaniard, who earlier this year broke his own record as the oldest winner in European Tour history, started slow but rallied in Round 1 and stood near the lead early on at the Lyoness Open on Thursday.

Once the round had completed, however, England's Adam Gee and Sweden's Mikael Lundberg stood atop the leaderboard after carding 5-under 67s to share a one-stroke lead on a windy and cloudy opening day.

Starting on the back nine, Gee eagled the par-4 14th hole but bogeyed the 18th before carding three birdies on the front nine.

Lundberg hit six birdies and lost a stroke on the par-3 second. The Swede, who came through the European Tour Qualifying School for a third straight year, is looking for his first title since winning the Russian Open for a second time in 2008.

Lundberg said he's improved since working with new coach Neil Jordan: "I am more solid from the tee onto the green. You have to be careful out there, and don't take unnecessary chances."

The pair led a group of four which finished at 4 under, including Wales' Rhys Davies, England's Richard Finch and Mattew Baldwin, and American Berry Henson.

Defending champion Joost Luiten from the Netherlands hit three birdies in his opening four holes. Later, however, he struggled to hit the fairways and dropped to 1 over before finishing his round level par with his fourth birdie on the 17th.

Jimenez overcame three bogeys in the first eight holes to card a 2-under 70.

Jimenez, who resides in Vienna since marrying an Austrian in May, is seeking his third win of the season. Starting on the back nine, he bogeyed the par-4 11th and 17th and the par-3 14th but recovered with four birdies.

Former champions Jeev Milkha Singh of India, Kenneth Ferrie of England, and Bernd Wiesberger of Austria each shot a 7