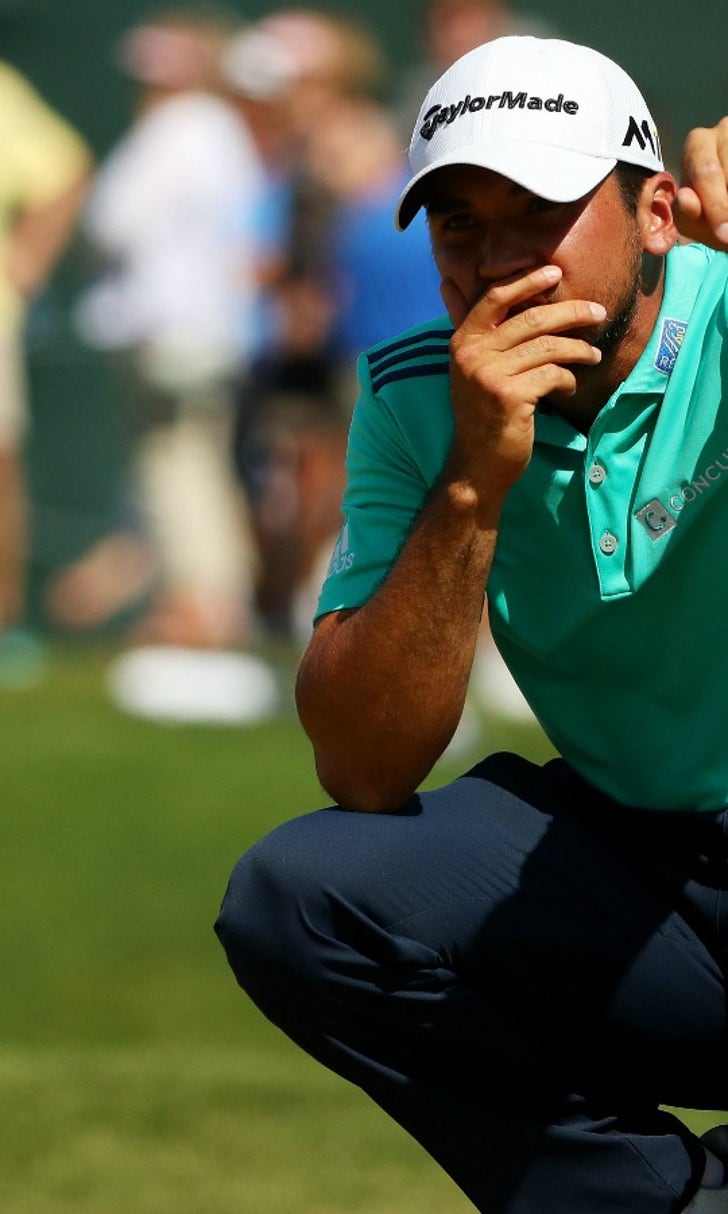 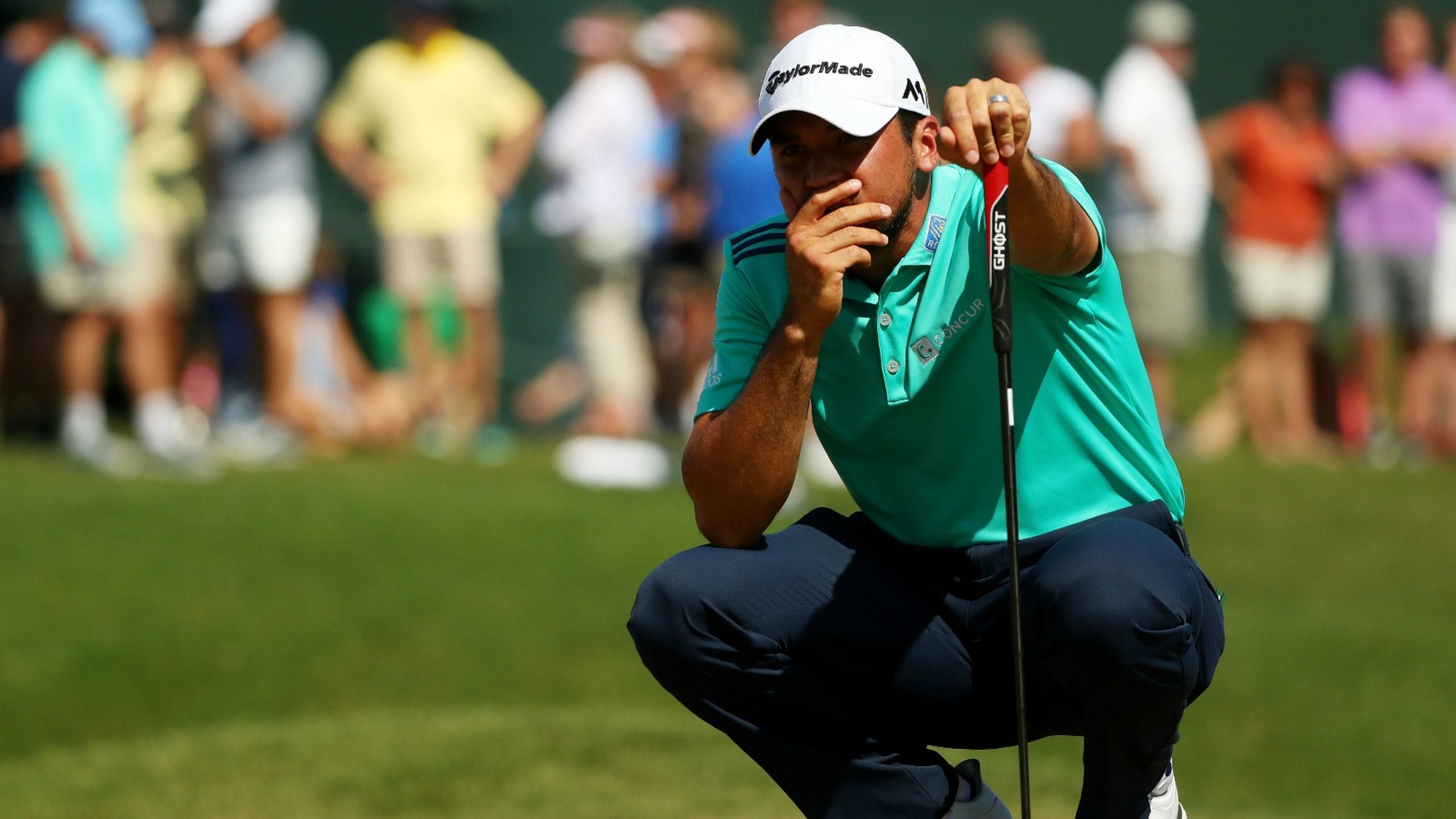 Day sets 36-hole record, then hangs on for dear life at Players 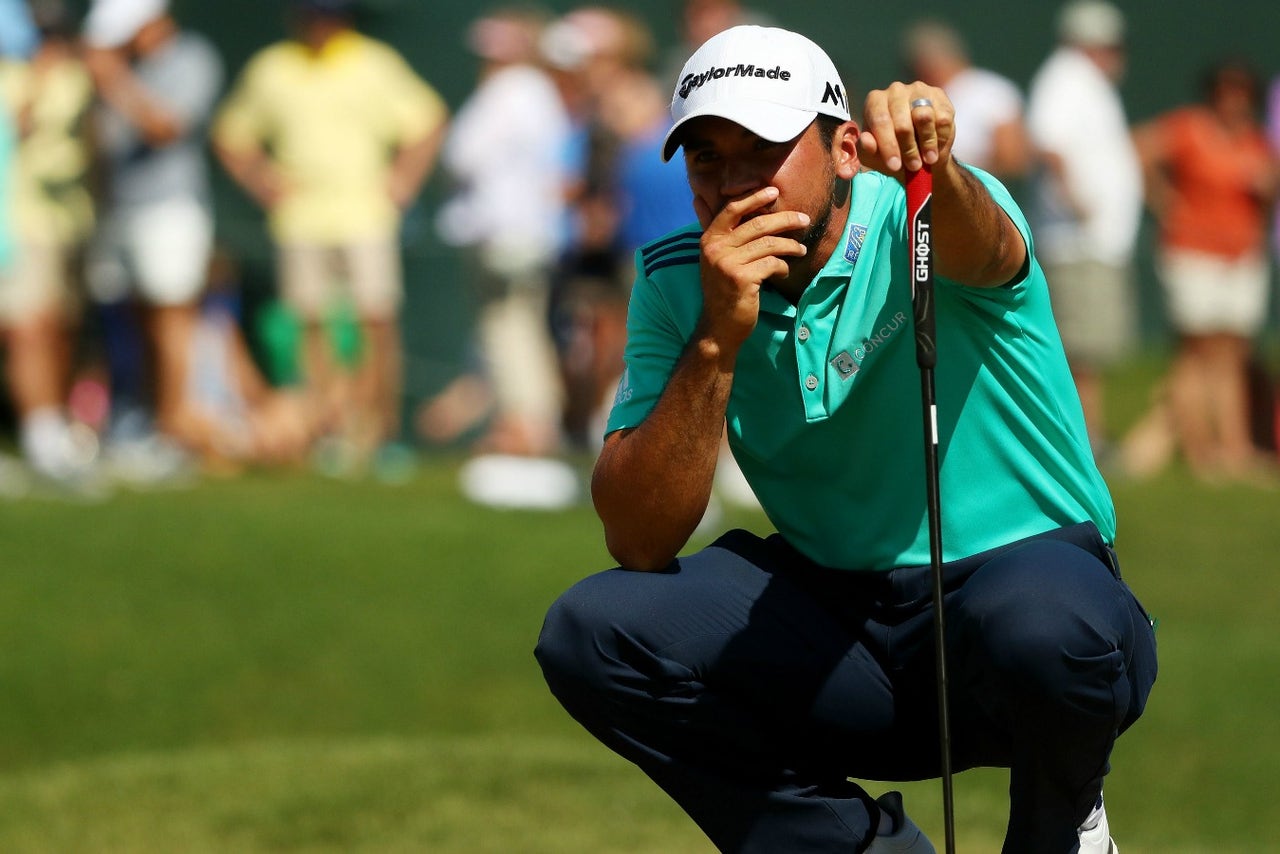 PONTE VEDRA BEACH, Fla. -- Jason Day saw The Players Championship at its easiest and toughest, all in the span of nine hours Saturday on what felt like two golf courses.

He set a record when it felt like a shootout.

He was even stronger when the TPC Sawgrass turned into a battle for survival.

And when a long, wild and utterly exhausting day was finally over, the world's No. 1 player could take solace that he still had a four-shot lead.

"I want to say this was the toughest day I've ever had to play in my life," Day said after gutting out a 1-over 73 going into the final round. "I want to win this tournament so bad. I really do. ... But right now, I'm just trying to focus on trying to play well tomorrow. I mean, that's all you could do is just try to survive."

The difference between morning and afternoon was more like night and day.

Day finished his storm-delayed second round with a 66 to set the 36-hole record at 15-under 199, and it appeared he would take aim at more records. And then it all changed. The PGA Tour rolled the greens one more time. The wind picked up. The air dried out. The sun baked out the course.

Day four-putted from 18 feet for a double bogey. He made another double bogey two holes later. But right when it looked like he would fall victim to the fierce conditions, the 28-year-old Australian played the final 10 holes with three birdies and seven pars to reach 14-under 202 and keep his big lead.

More than excited about a chance to win the PGA Tour's premier event, he is worried about facing similar conditions Sunday.

"That would just ruin everything," he said. "That won't make it fun for ... we were out there for nearly six hours today trying to play 18 holes. They made the course pretty much nearly unplayable. If they do make it like that, then I'm just going to have to grind my hardest to win the tournament, and I'm OK with that.

"I won't stop until it's done, and I can rest after that."

17 balls found the water on the 17th Saturday. pic.twitter.com/62rjFfF59p

It wasn't unplayable for everyone.

Ken Duke in the round of a lifetime made six birdies over his last seven holes for a 65, which was more than 10 shots better than the average score. He was tied for second with Hideki Matsuyama, who made seven birdies in his round of 67. Joining them at 10-under 206 was Alex Cejka, who shot a 72 that felt much lower.

"I don't know what they did to the golf course overnight, but it was playing like a U.S. Open," Cejka said. "It was just lightning-fast greens."

Sixth of the 76 players who made the cut had a double bogey or worse.

There were 149 three-putts -- or worse -- in the third round. Sergio Garcia took six putts from just off the sixth green. Paul Casey took five putts from about 8 feet on the 15th hole. There was rare a lag putt. The putts wouldn't stop rolling.

There was still the traditional trouble at the Stadium Course. Russell Knox hit three shots in the water on the island-green 17th and made a 9 that ruined his round (he shot 80) and his chances. Kevin Chappell had to play his second shot with his feet on the planks framing the water on the 18th hole. Having made two eagles, he closed with a double bogey to fall six shots back after a 70 that felt a lot better.

Jordan Spieth, Phil Mickelson and defending champion Rickie Fowler all missed the cut when the storm-delayed second round was completed Saturday morning. If there was a consolation, it was not having to take on Sawgrass and its scariest.

Day had his moments.

And while his card was clean on the back nine, the biggest break of all came at the 15th. He was short of the green in three, certain to drop at least two shots, when Day chipped in from just over 50 feet for par. Then, he pounded a 3-wood and hit a towering 8-iron to 6 feet on the par-5 16th. He missed the putt and had to settle for birdie, made a 10-foot par putt on the 17th and finished with a solid par.

One more round, and no one is sure what to expect now.

"To have two doubles on the front side and then play some nice golf on the back to really kind of keep that distance between me and the rest of the guys was nice," Day said. "But really hoping they slow the greens down tomorrow."