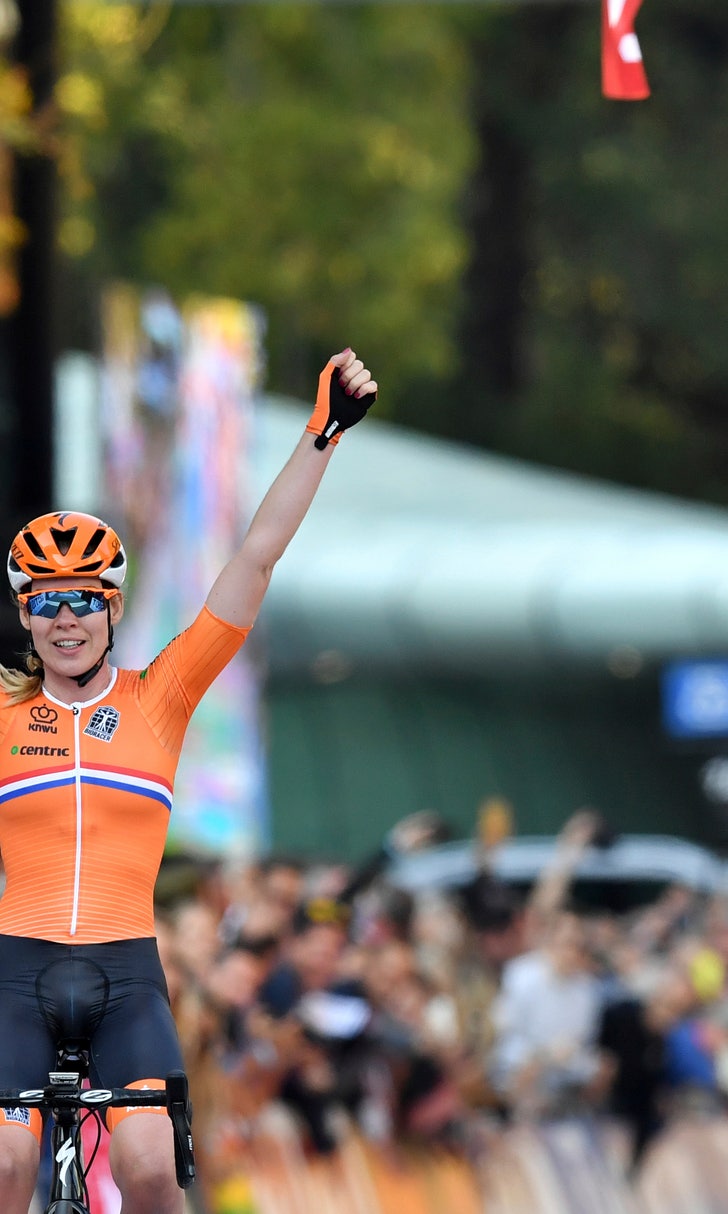 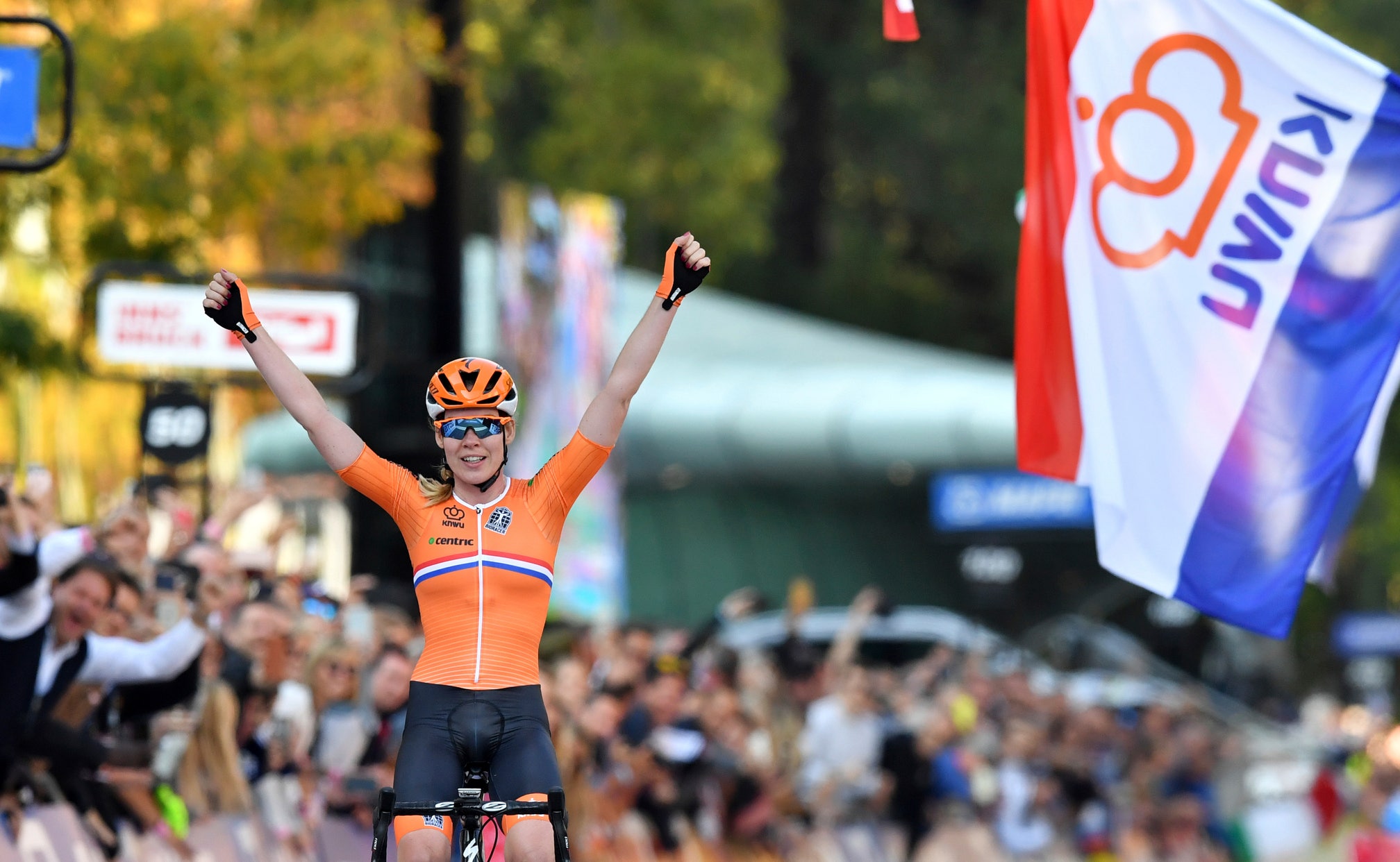 INNSBRUCK, Austria (AP) — Anna van der Breggen used a majestic solo ride to give the Netherlands a sweep of the women's elite world road cycling titles for a second straight year on Saturday.

When the highly favored Dutch team had no one left in the leading group for the final 50 kilometers of the road race, the Olympic champion stepped up to the challenge.

Van der Breggen jumped out of the peloton and quickly overtook the five riders in front. Amanda Spratt briefly followed, but the Australian rider had to let go when the Dutchwoman accelerated on one of the steep climbs of the 156-kilometer race from Kufstein to Innsbruck in the Austrian Alps.

Van der Breggen continued the last 40 kilometers on an unmatched pace to land her first world title, winning the race by the largest margin in nearly three decades.

"I didn't know the time. I didn't know anything. So I kept going until the finish line. Only on the finish line I believed it was possible. It's amazing," she said. "I was a bit doubting if it was too early or not. But I took this opportunity and I had to go."

Italian rider Tatiana Guderzo, the 2009 world champion, was 5:26 behind and took bronze.

"The world championships are always (a goal of mine), and I know it is so difficult to win it so I am really happy with this title," said Van der Breggen, who earned her first world title after four silvers in individual events, and two silvers and a bronze in team time trials.

Pre-race favorite Van Vleuten was among a large group of riders who crashed going into a road island with 94 kilometers left.

Teammate Ellen van Dijk helped Van Vleuten to connect with the peloton again, but the time trial champion failed to have an impact on the race afterward and finished seven minutes behind Van der Breggen.

The victory was redemption for Van der Breggen, who missed out on a possible European title due to odd team tactics in August.

In Glasgow, Van der Breggen lost a promising position in a leading group when Dutch riders in the peloton started to chase them, with Italian rider Marta Bastianelli ultimately winning.

"I had too many times this season already that it happened on the finish line that I (was overtaken)," she said. "So I just kept on continuing and tried to eat and drink good, and go as fast as possible."

The world championships conclude with the men's road race on Sunday.