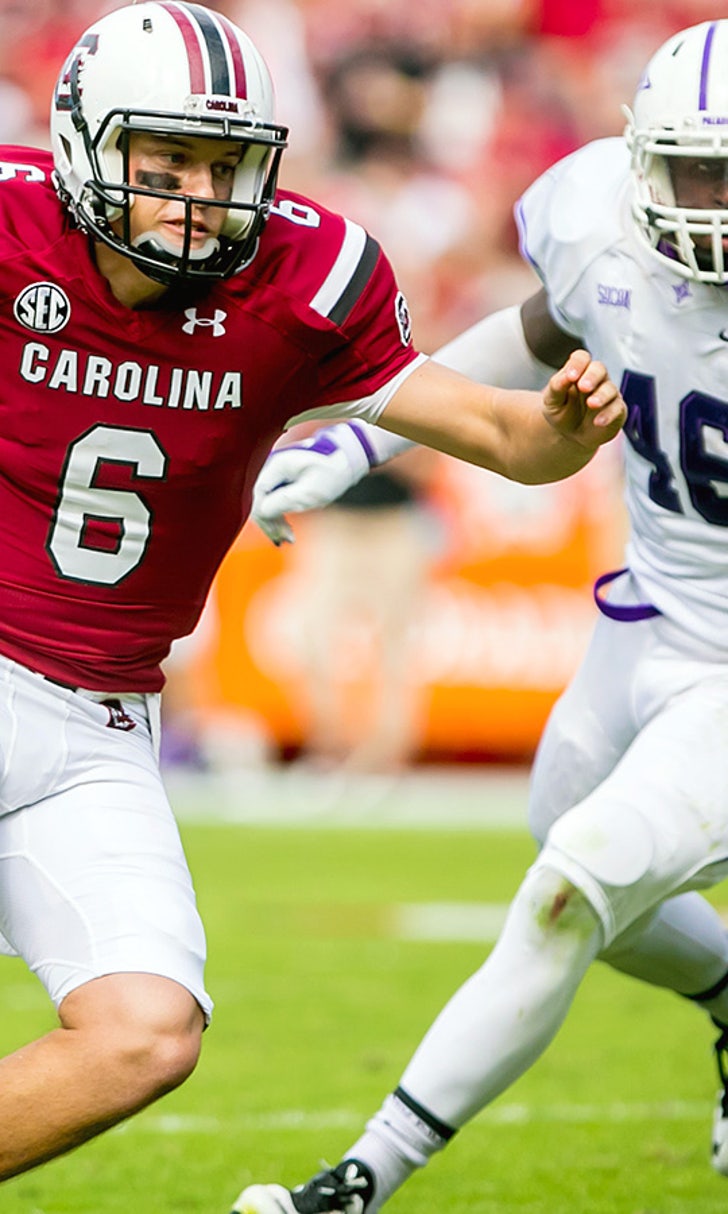 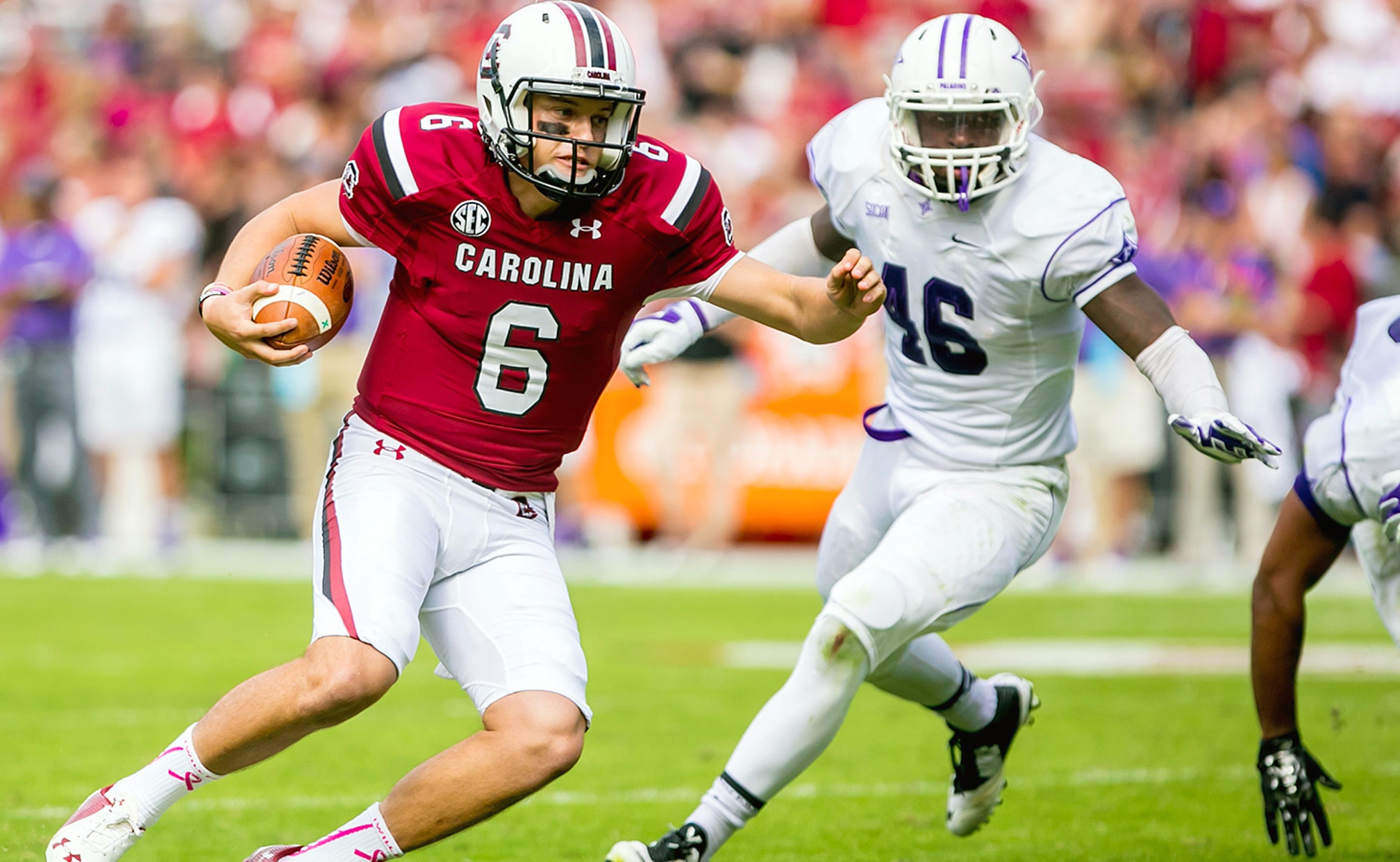 Which Connor Mitch will show up for South Carolina? 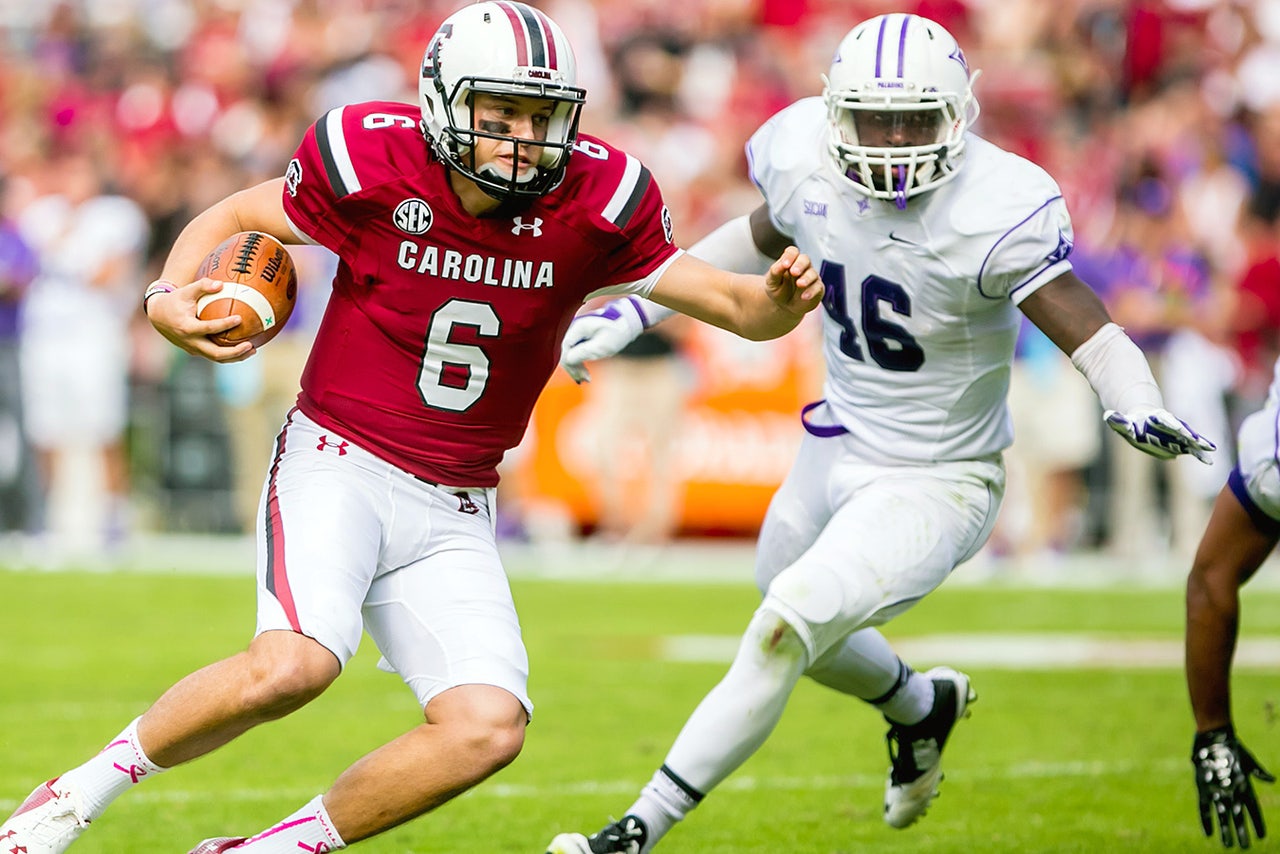 As is the case with any program, quality quarterback play is paramount for success.

While South Carolina appears to be more of a run-first team in 2015, signal-caller Connor Mitch has to perform well if the Gamecocks have any chance at winning the SEC East Division.

It was a mixed bag in Mitch's first collegiate start versus North Carolina.

There were times in which the North Carolina native stepped into his throws and fired strikes down the field. South Carolina was also somewhat effective on third-down opportunities in the opener, going 7-of-15.

However, Mitch was below-average from an accuracy standpoint. He went 9-of-22 for 122 yards. If his first read was covered, the quarterback got "happy feet" and would look to scramble out of the pocket. The efficiency certainly wasn't where Steve Spurrier would want it to be.

With that said, Mitch was effective running the football on zone-read opportunities. He also had a big third-down scramble to extend a drive. Mitch finished with a respectable 44 yards rushing on 10 carries.

It was a gritty performance overall by the inexperienced quarterback. Should he struggle versus an athletic Kentucky defense, it will be interesting to see whether Spurrier opts to insert Perry Orth or even freshman Lorenzo Nunez.

Inside The Patriots' Shocking Decline
Something has changed in New England and it has done so with stunning rapidity, Martin Rogers writes.
15 hours ago

Playing Favorites In Week 8
A big-time NFC West clash leads Week 8, and Jason McIntyre's riding with the Seahawks in his parlays and teasers.
19 hours ago

MVP Watch: Brady Enters Fray
Russell Wilson has a firm lead in the MVP race, but a three-time winner with an unrivaled pedigree is creeping up the list.
21 hours ago

Newton's Flaw
After starting the season on a high, Cam Newton has come back down to earth ⁠– hard. Can he and the Pats salvage the season?
1 day ago
those were the latest stories
Want to see more?
View All Stories
Fox Sports™ and © 2020 Fox Media LLC and Fox Sports Interactive Media, LLC. All rights reserved. Use of this website (including any and all parts and components) constitutes your acceptance of these Terms of Use and Updated Privacy Policy. Advertising Choices. Do Not Sell my Personal Info