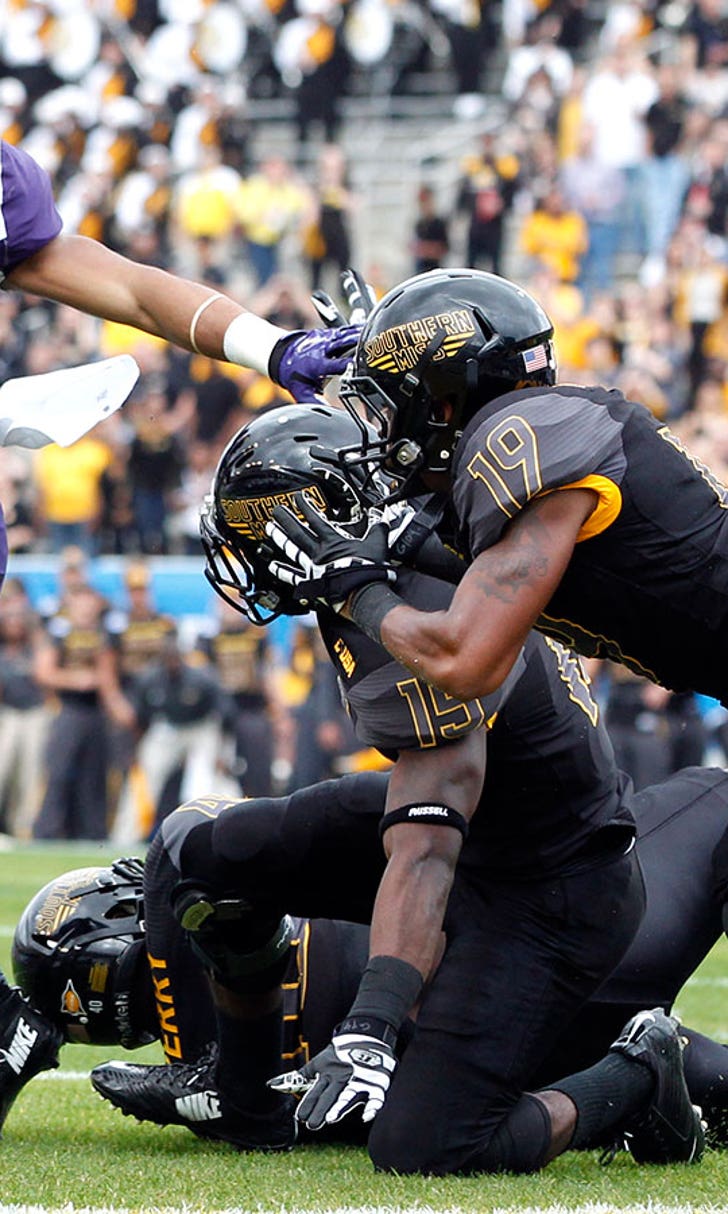 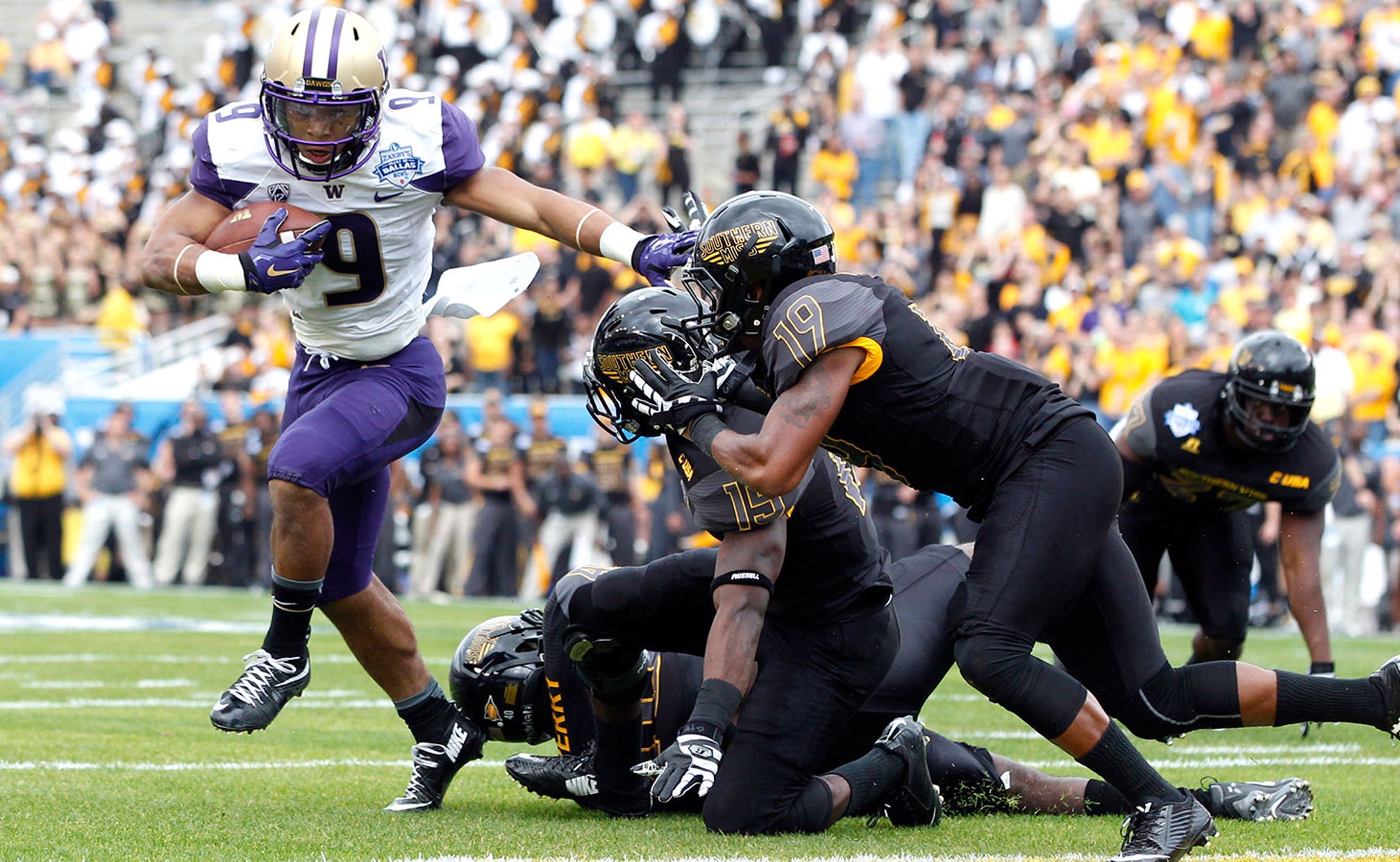 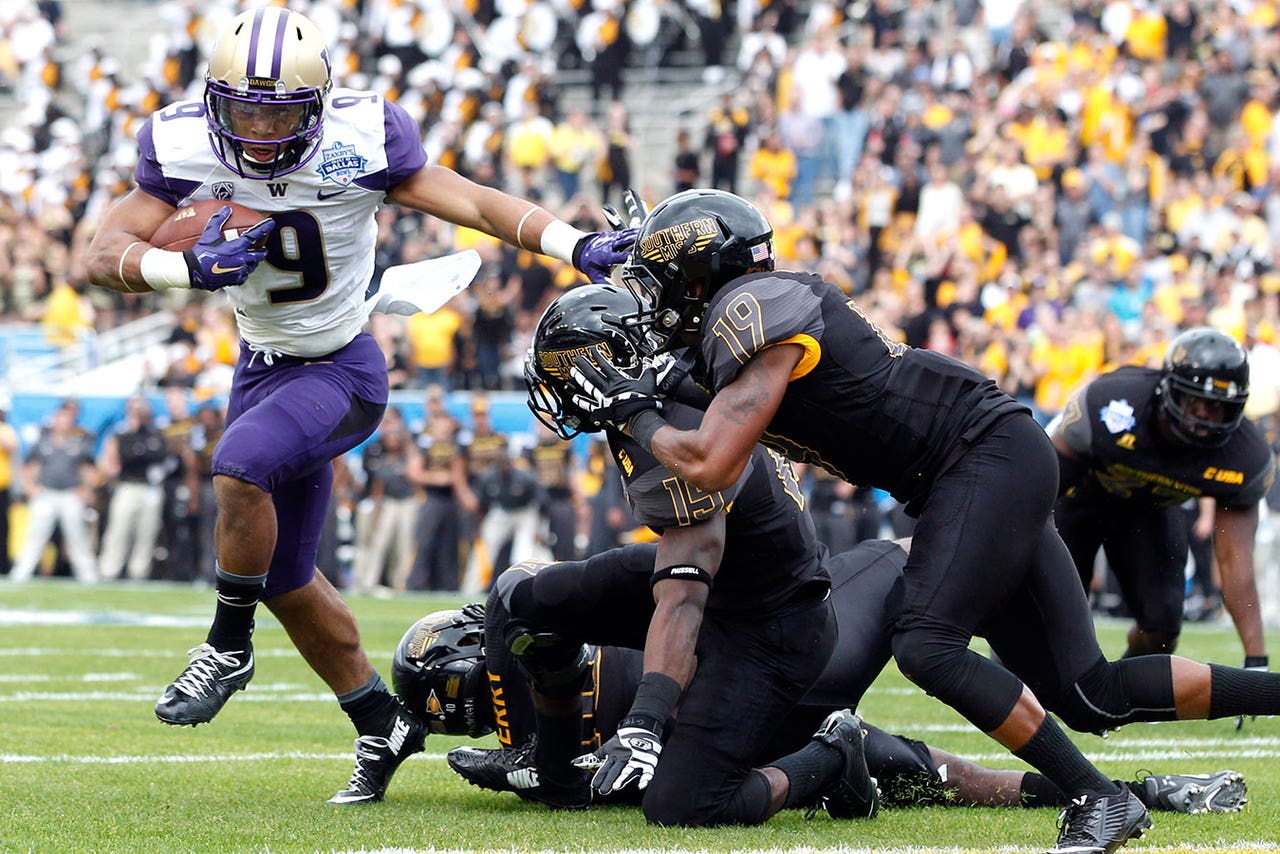 Washington running back Myles Gaskin has speed to burn. He showed it all off against Southern Miss in the Heart of Dallas Bowl on Saturday.

Tied at 24 late in the third quarter, the Huskies needed a big play from their star freshman. On the first play of Washington's drive, Gaskin took a carry to the right, bounced to the left and found some space.

The score was the longest touchdown run in Washington bowl game history. It was also Gaskin's third touchdown of the day. Gaskin would finish the day with four rushing touchdowns, a UW bowl game record, as Washington rolled 44-31.