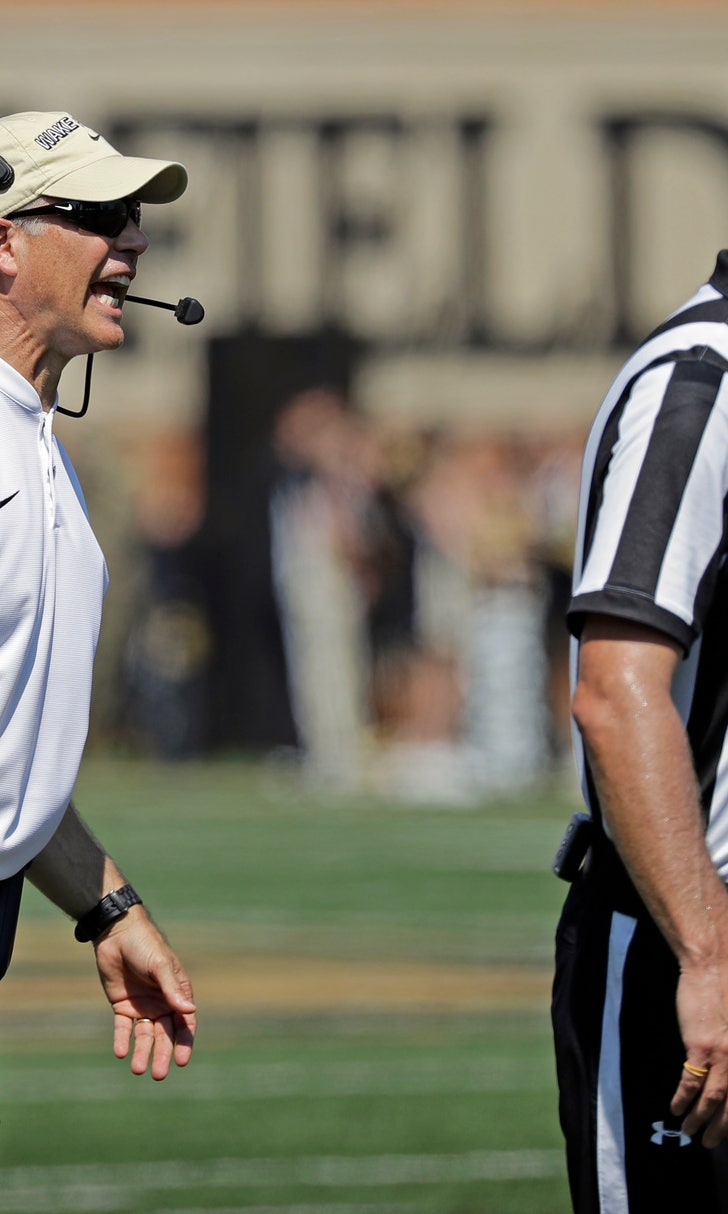 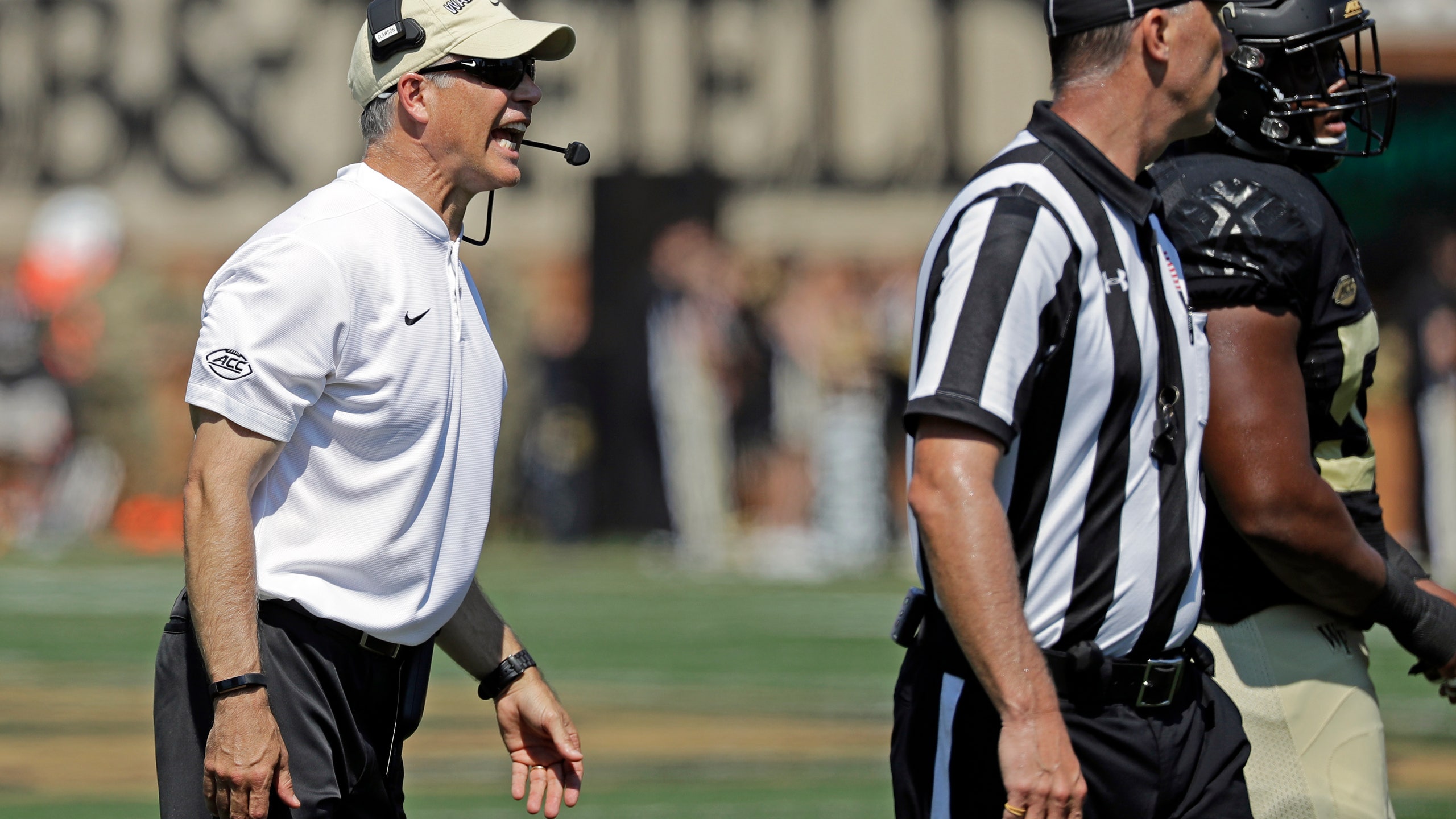 Wake Forest looks to get back on track against Rice

WINSTON-SALEM, N.C. (AP) — Wake Forest's defense had no way to stop its last two opponents. The Demon Deacons should find it easier to slow Rice.

The struggling Owls visit Wake Forest on Saturday in the Demon Deacons' first game since firing their defensive coordinator in the aftermath of a blowout loss to No. 8 Notre Dame.

Wake Forest (2-2) has allowed 10 scoring plays of 20 or more yards, including six of them two weeks ago in a 41-34 loss to Boston College. The Fighting Irish then rolled up season highs for points and total yards (566) in a 56-27 rout. The Demon Deacons rank 114th nationally in total defense and 121st against the pass.

"There are a lot of things that we have to fix, and we are working hard to fix them," coach Dave Clawson said. "I have certainly had seasons before where we have had a lot of issues, and you get them corrected and you end up having really good seasons, and that is our goal this year. We have a good football team and kids who care and there are things that are fixable that we have to get fixed."

Clawson fired coordinator Jay Sawvel the day after that loss, and says assistants Dave Cohen — the former head coach at Hofstra — and Lyle Hemphill will share the responsibilities, though nobody will hold the title of defensive coordinator.

"It's not like our defense is without leadership," Clawson said. "There is a structure in what we're doing, and an order in how we're doing it."

The Owls (1-3) are 90th in the nation with an average of just 386 total yards, and have lost three in a row by an average of nearly 17 points. Their only victory was a three-point win over FCS Prairie View A&M in the opener.

"I think when you're trying to do great things and when you're striving for greatness, the journey is tough," first-year coach Mike Bloomgren said. "We have to understand that. The journey that comes with those great goals is going to have some rough patches. We're going to continue to work through them."

Rice has had trouble stopping teams through the air, too. The Owls have allowed more than 300 yards passing and three touchdowns through the air to each of the three FBS schools they've played, with Southern Mississippi rolling up 428 yards and four TDs in last week's 40-22 romp. "There are still too many big plays against our defense," Bloomgren said. "Nobody got behind people."

Wake Forest has rushed for 250 yards in three straight games — the first time the Demon Deacons have done that since 1971. Rice has allowed only one opponent — Houston (251) — to gain that many yards on the ground.

RICE VS. THE ACC

The Owls haven't beaten an ACC team since they topped Duke 15-13 in 2001, and lost 42-7 at Pittsburgh last year. But Wake Forest has never beaten them, losing in 1990 in Houston one year after playing to a 17-all tie in Winston-Salem.