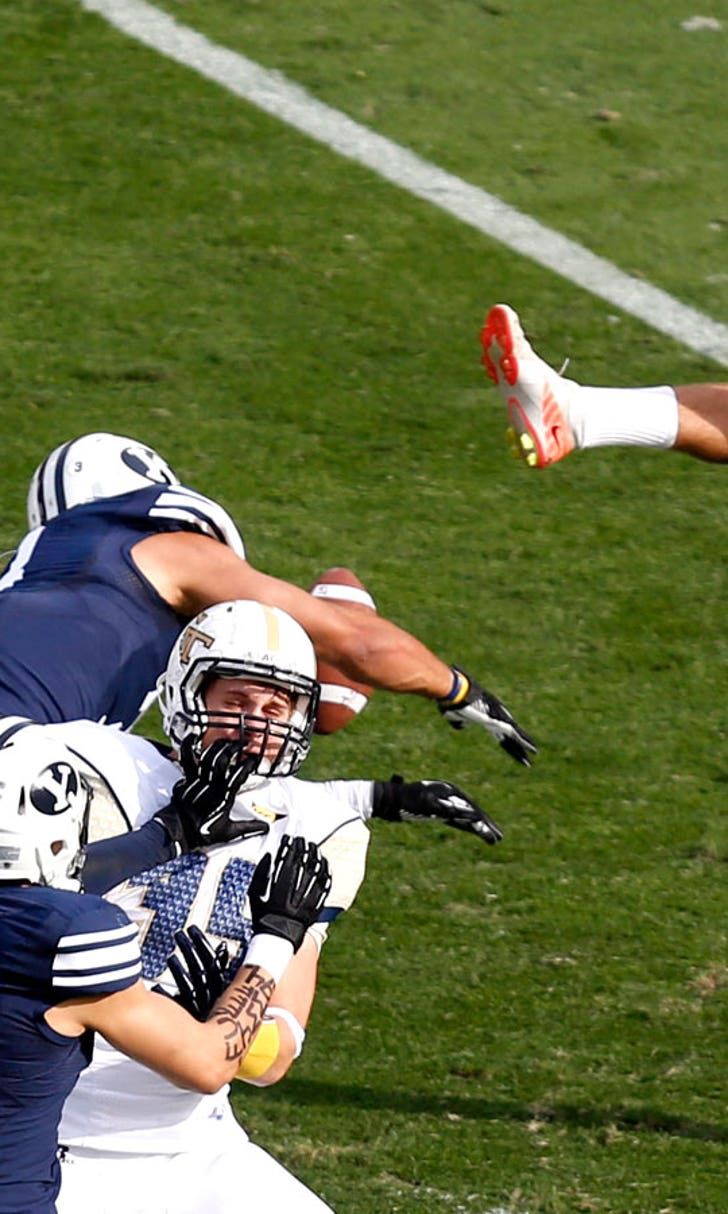 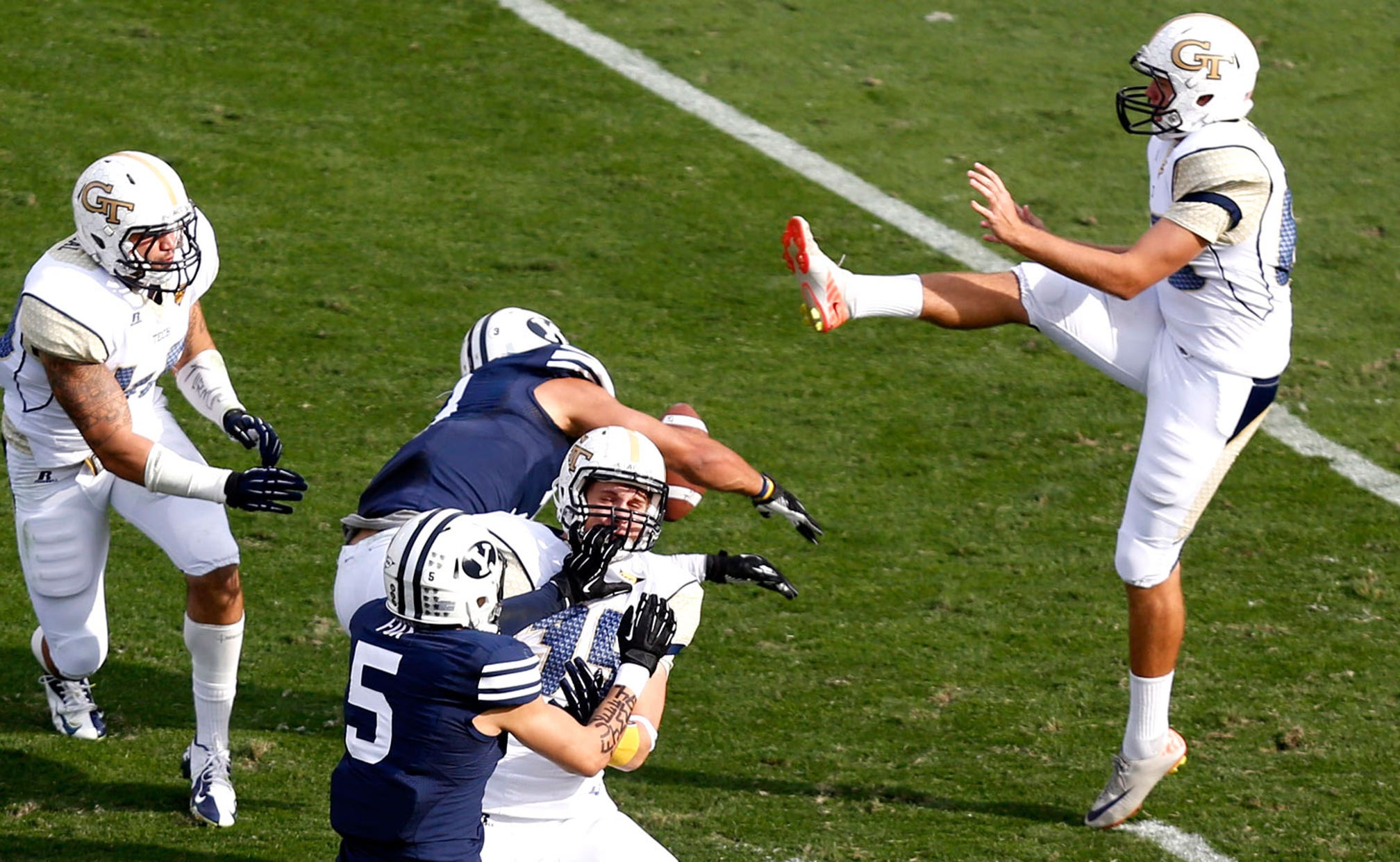 previous story
Nebraska lineman falls flat on his back in embarrassing moment
next story
Katy Perry chugs beer, jumps off bar in moment of pure bliss

When these two things collide, it's tough to look away.

Two weeks ago, it was Michigan defensive end Shilique Calhoun dropping the hammer on a Eastern Michigan QB Rob Bolden.

This week, it's a Georgia Tech player getting rocked by a Miami defender.

That Yellow Jacket in the video below is Ryan Rodwell. He's the team's punter. On a fourth-and-5, they asked him to fake the punt and get a first down.

But it wasn't easy.

The worst part of the whole thing: His team totally lets him down when the drive lasts just 6 more plays and he has to punt anyway.

In case you were wondering, yes, there's a Jim Ross version: