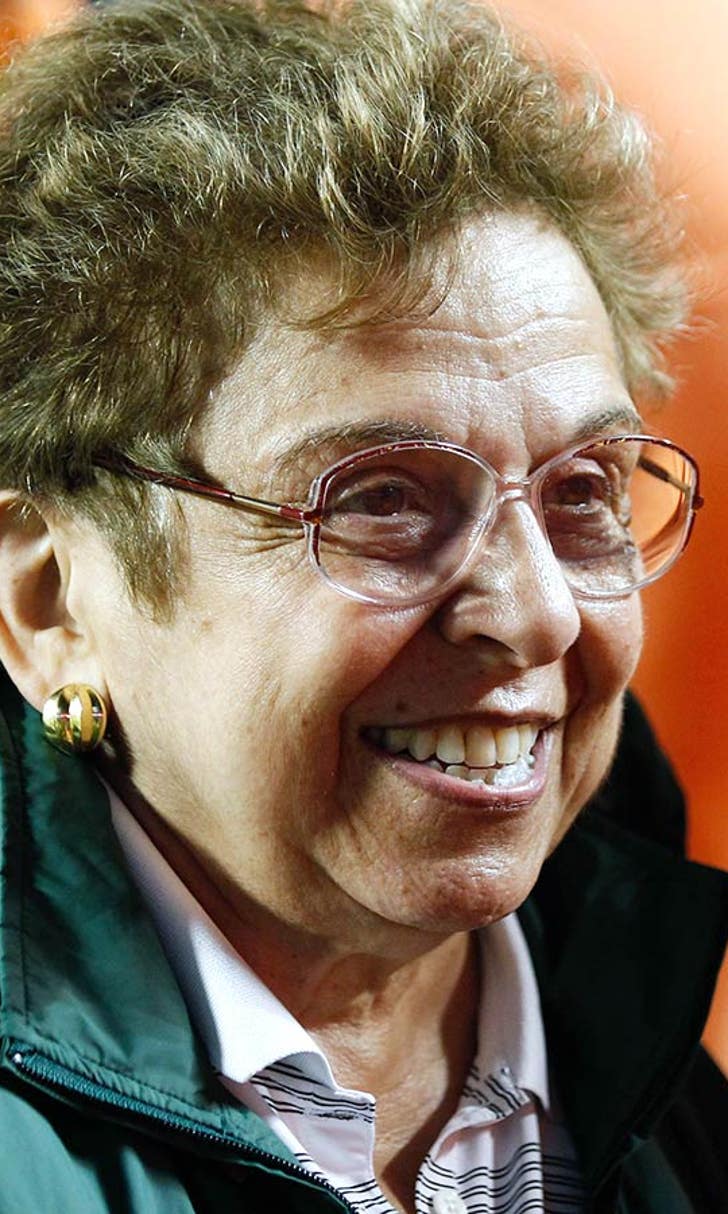 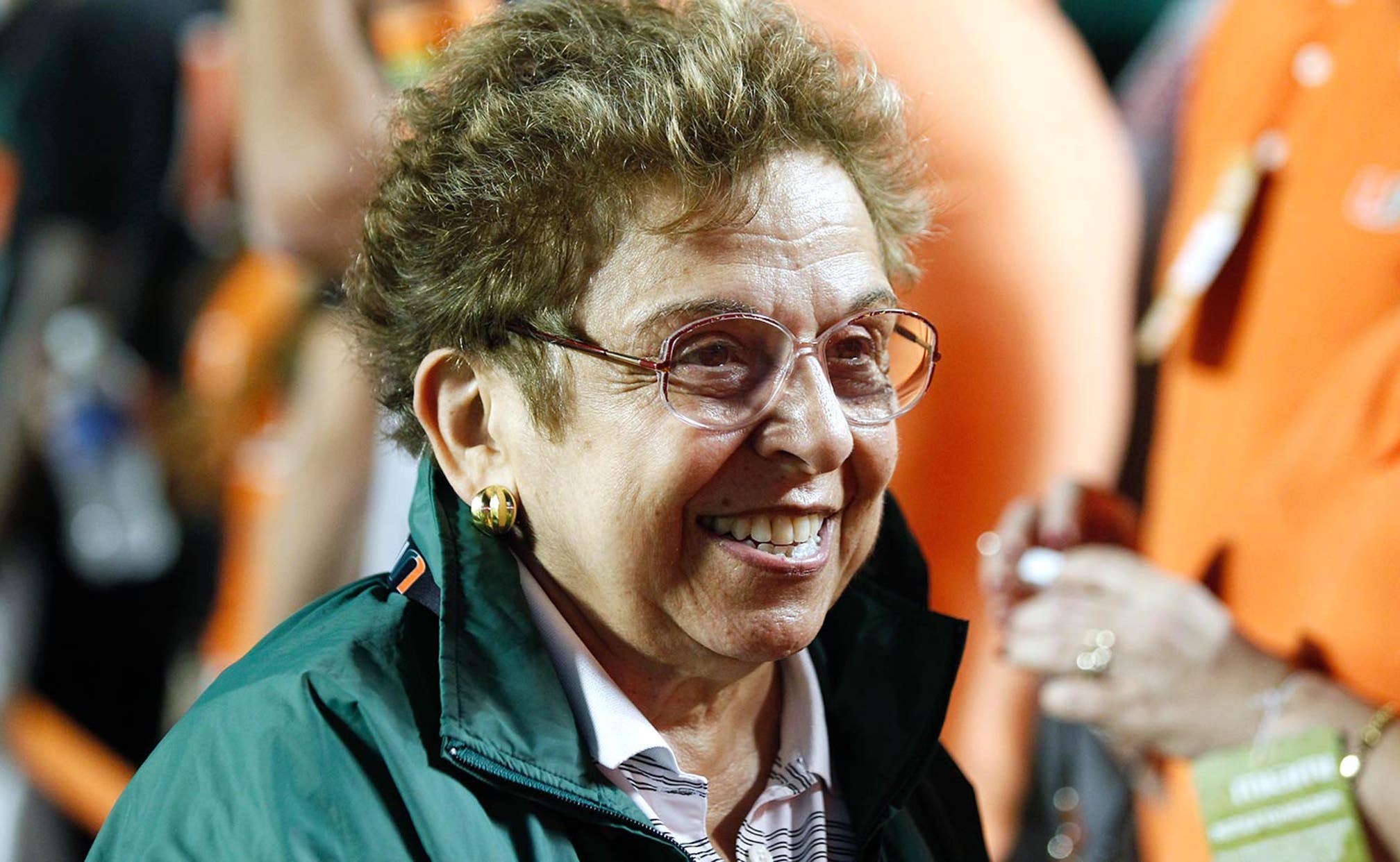 previous story
Locke keeps Pirates in wild-card hunt with 9 Ks
next story
Royals face challenges, but being ready for 'big stage' isn't one of them

University of Miami President Donna Shalala to retire in 2015 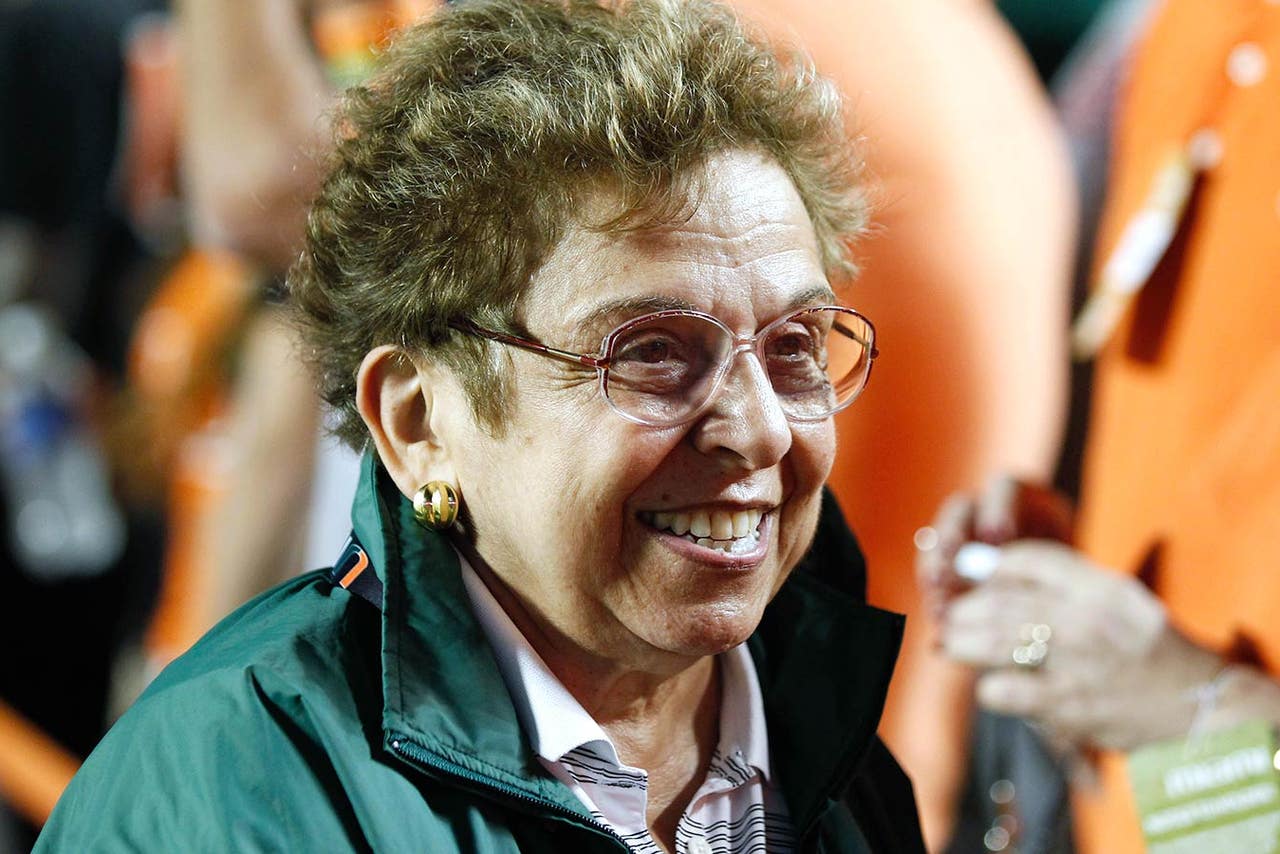 University of Miami President Donna Shalala plans to step down in 2015, ending a tenure in which she raised the school's profile while guiding the athletic department through a controversial move to the Atlantic Coast Conference and a scandal involving a rogue former booster.

Shalala, 73, told the school's board of trustees of her decision Monday. She took over at Miami in 2001 after serving eight years as Health and Human Services Secretary under President Bill Clinton, with whom she remains close.

"A long time ago a friend advised me to always leave a job when you still love it," Shalala wrote in a letter to the university community. "That is certainly the case here."

Shalala's wanted to make Miami "the next great American university" and succeeded in raising the school's profile. Miami is now consistently ranked among the nation's top 50 colleges and universities. The school's first "Momentum" fundraising campaign under her watch raised $1.4 billion, and the second such drive is on the way to a goal of another $1.6 billion.

The school's next fiscal year begins June 1. A new president could be in place by then.

"The trustees have my deepest gratitude for their courage in letting me take the University on a journey of excellence that was promising, but risky," Shalala wrote. "It is so easy to stand still."

Shalala also has been the chancellor at the University of Wisconsin and the president of Hunter College. She has received the Presidential Medal of Freedom from President George W. Bush, is a recipient of the Nelson Mandela Award for Health and Human Rights, and was a Peace Corps volunteer in Iran in the 1960s.

Sports has long been a major part of Shalala's life, and it was a major part of her Miami presidency as well. On the day she announced she was Coral Gables-bound in 2000, Shalala referenced the Hurricanes' football team, saying that she knows why the program had long been a perennial power.

"They know how to recruit," Shalala said.

Miami will now recruit her replacement.

She has been a regular at Miami games, no matter the sport. She's been to World Cup matches, thrown out ceremonial first pitches at Olympic softball games and served on the board of directors for the U.S. Soccer Foundation. She enjoys telling the story of her first Little League coach when she was growing up in the Cleveland area -- a man named George Steinbrenner, who would eventually own the New York Yankees.

Shalala's Miami legacy will be tied to athletics, even though the school's reputation and its medical and research reach grew considerably under her leadership.

The Hurricanes' basketball teams play in an on-campus building now, the Bank United Center, the construction of which she spearheaded. Some moves from her presidency made were more controversial, including Miami's part of the ACC expansion in 2003 and the school's decision to move home football games from a decaying Orange Bowl for Sun Life Stadium, home of the Miami Dolphins.

Shalala was wildly popular among students, hosted freshmen for a picnic at her home each year and was routinely accessible.

"She had a big impact," Miami running back Duke Johnson said. "She stayed with us. She's seen us through the things we went through the last couple of years."

Football won its fifth national championship a few months after Shalala's inauguration as Miami's fifth president. It has not won a title since, and the program is beginning to emerge from a cloud that hung over it for years after a former booster and convicted Ponzi scheme architect went public with tales of lavish spending on athletes in violation of NCAA rules.

The NCAA investigation ended last year, but not before Shalala -- who was complimentary of the NCAA for much of the process, until it became known that investigators working the case were breaking their association's own rules -- lashed out at the governing body for college sports and demanded that Miami be treated more fairly.

"Her leadership throughout this chapter was amazing," football coach Al Golden said when the investigation ended last year.

Shalala is a 1962 graduate of Western College for Women, got her doctorate in 1970 from Syracuse and holds more than 50 honorary degrees.