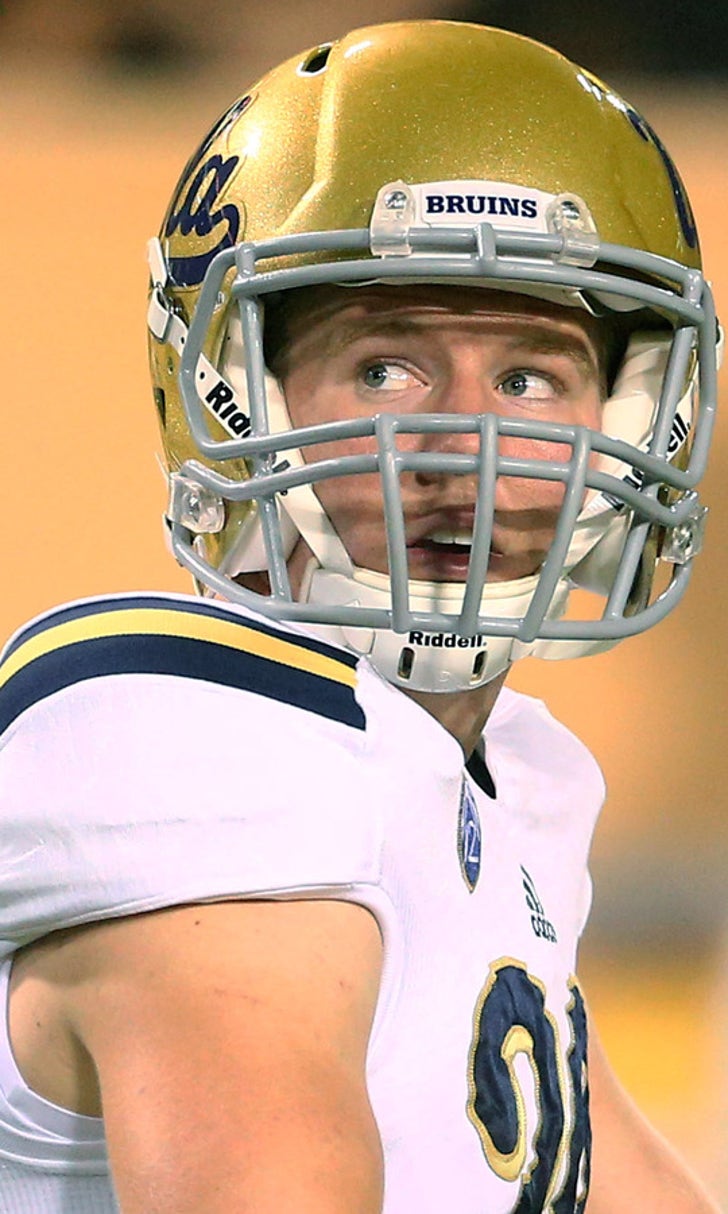 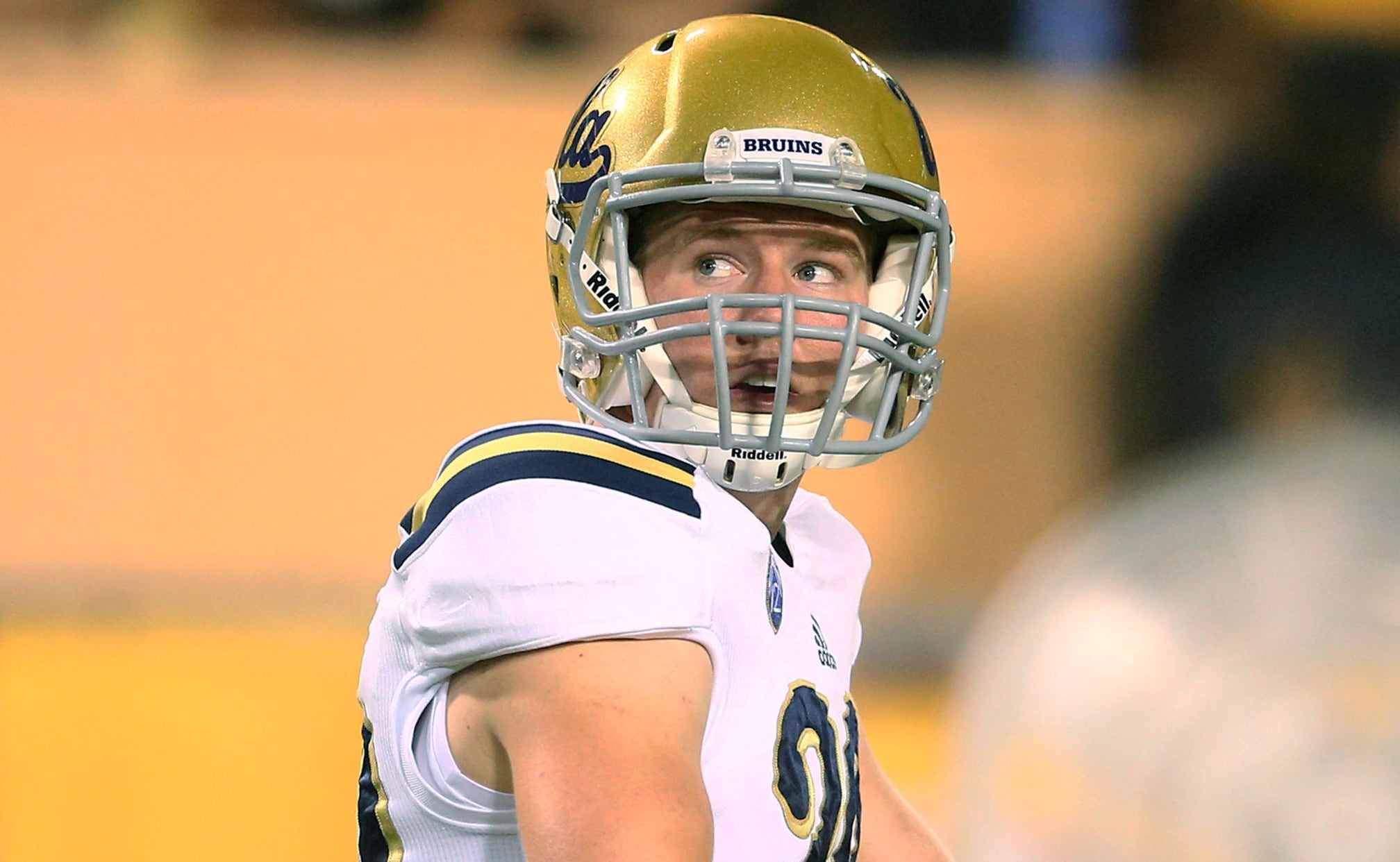 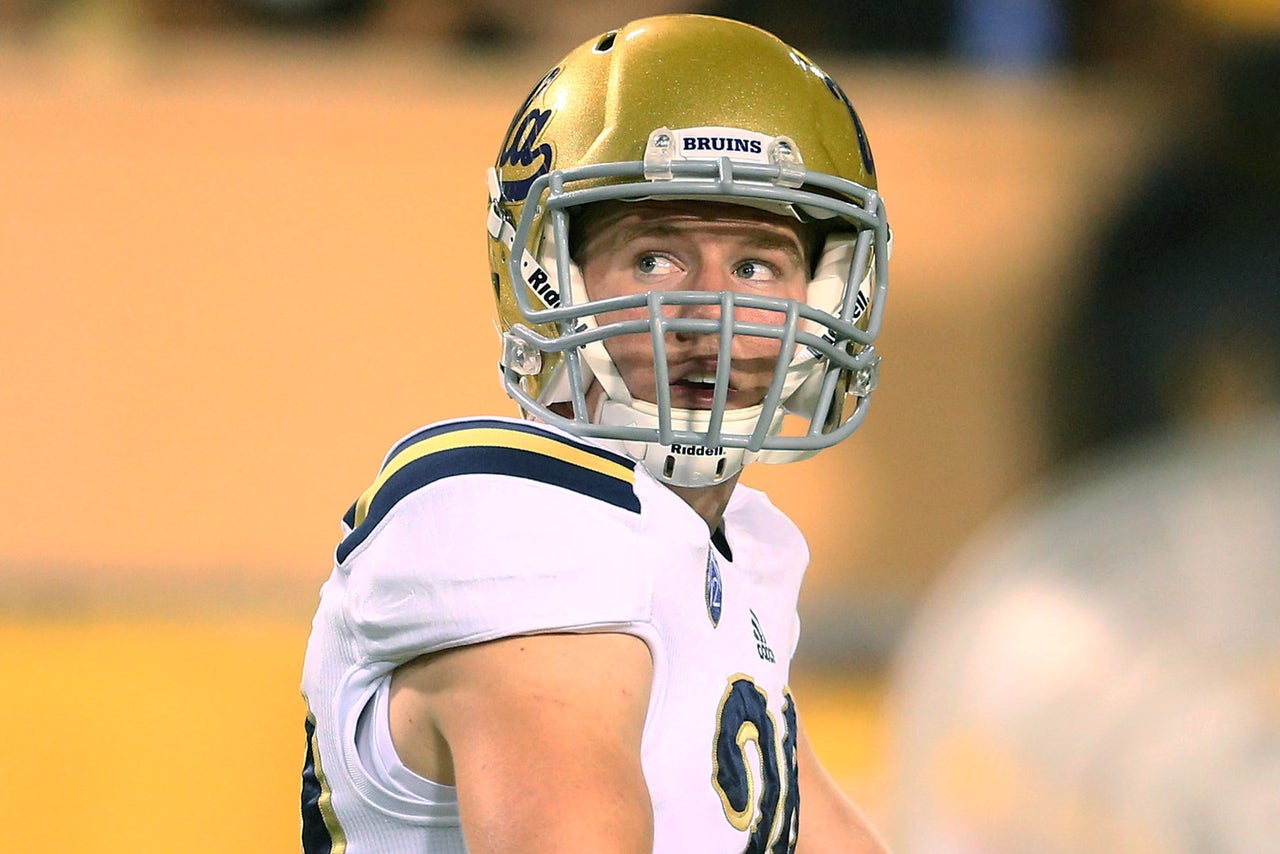 LOS ANGELES (AP) A walk-on punter for No. 20 UCLA has been arrested for investigation of rape, police and school officials said Friday.

On Oct. 19, a UCLA student reported she had met the suspect at an off-campus house party and he returned home with her, a police statement said. She told investigators she awoke to find him sexually assaulting her, the statement said.

The 20-year-old Searl was arrested on campus Thursday and booked on suspicion of three counts of rape. Police expect to present the case to prosecutors next week.

A police statement called the investigation ''exhaustive'' but police reached by phone would not give details on why the arrest came nearly a year after the alleged incident.

Searl was released from jail after posting $300,000 bail on Thursday night.

UCLA coach Jim Mora said in a statement that Searl has been suspended indefinitely while the legal process plays out.

Police did not know if Searl had retained an attorney, and a phone listing for Searl could not be found to attempt to reach him for comment.

Searl is the second Bruins player to be arrested this season.

Cornerback Ishmael Adams was arrested on suspicion of stealing a cellphone from an Uber driver, but prosecutors declined to press charges and he was reinstated to the team after missing three games.