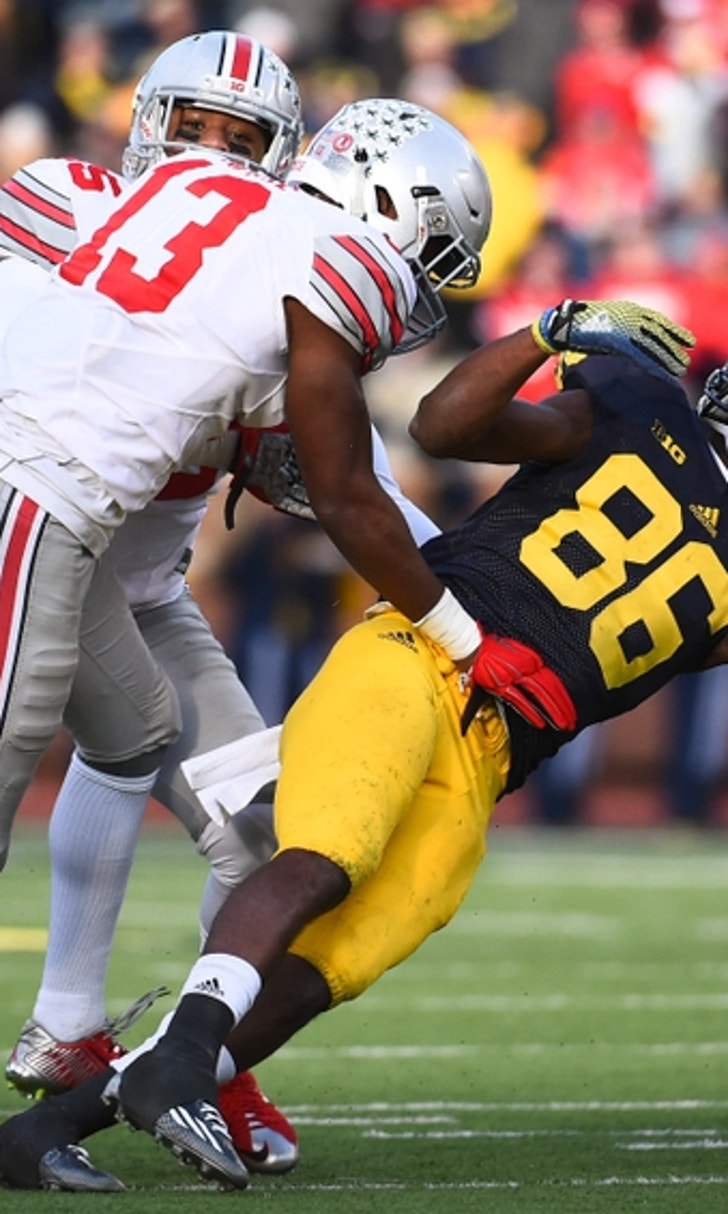 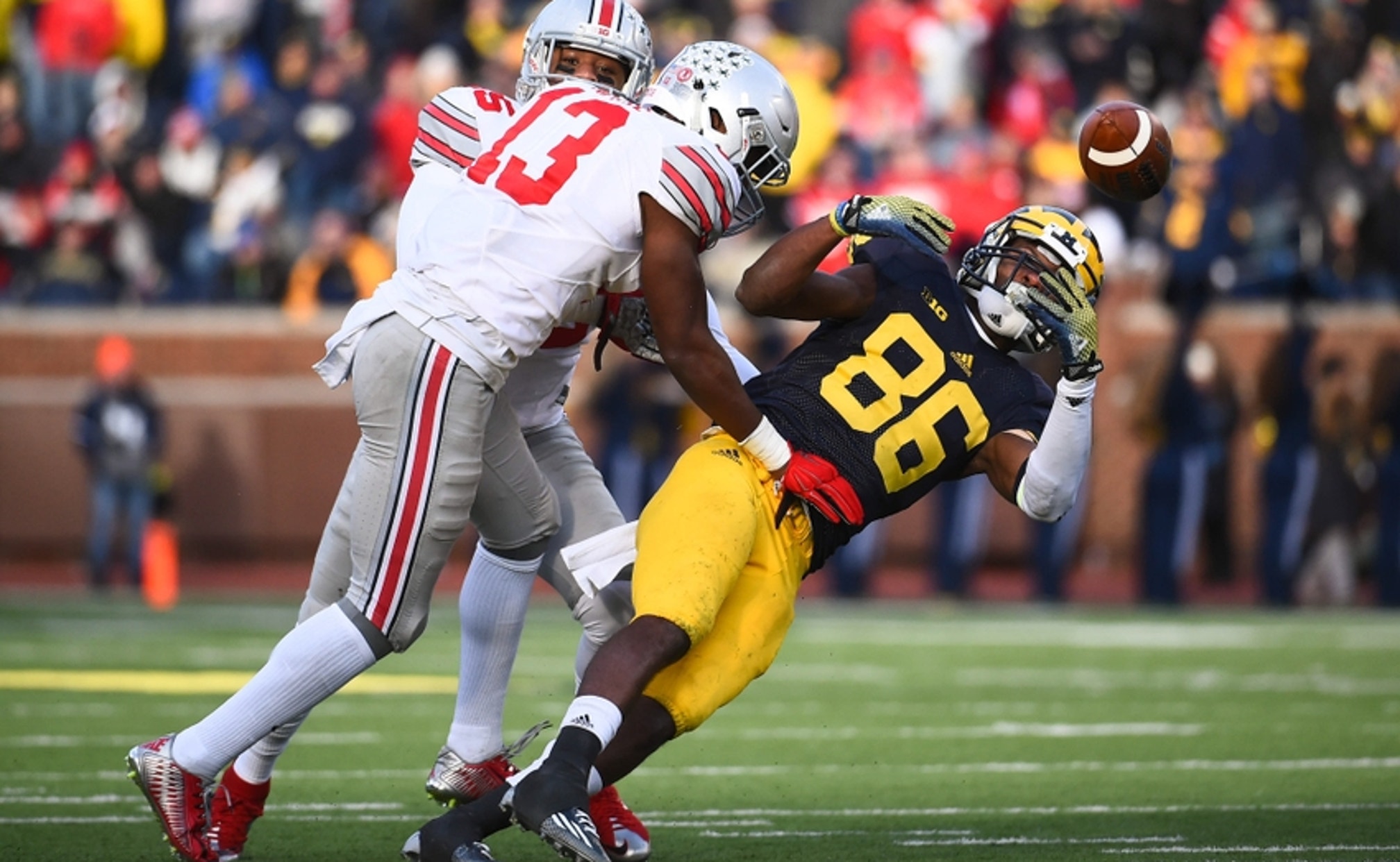 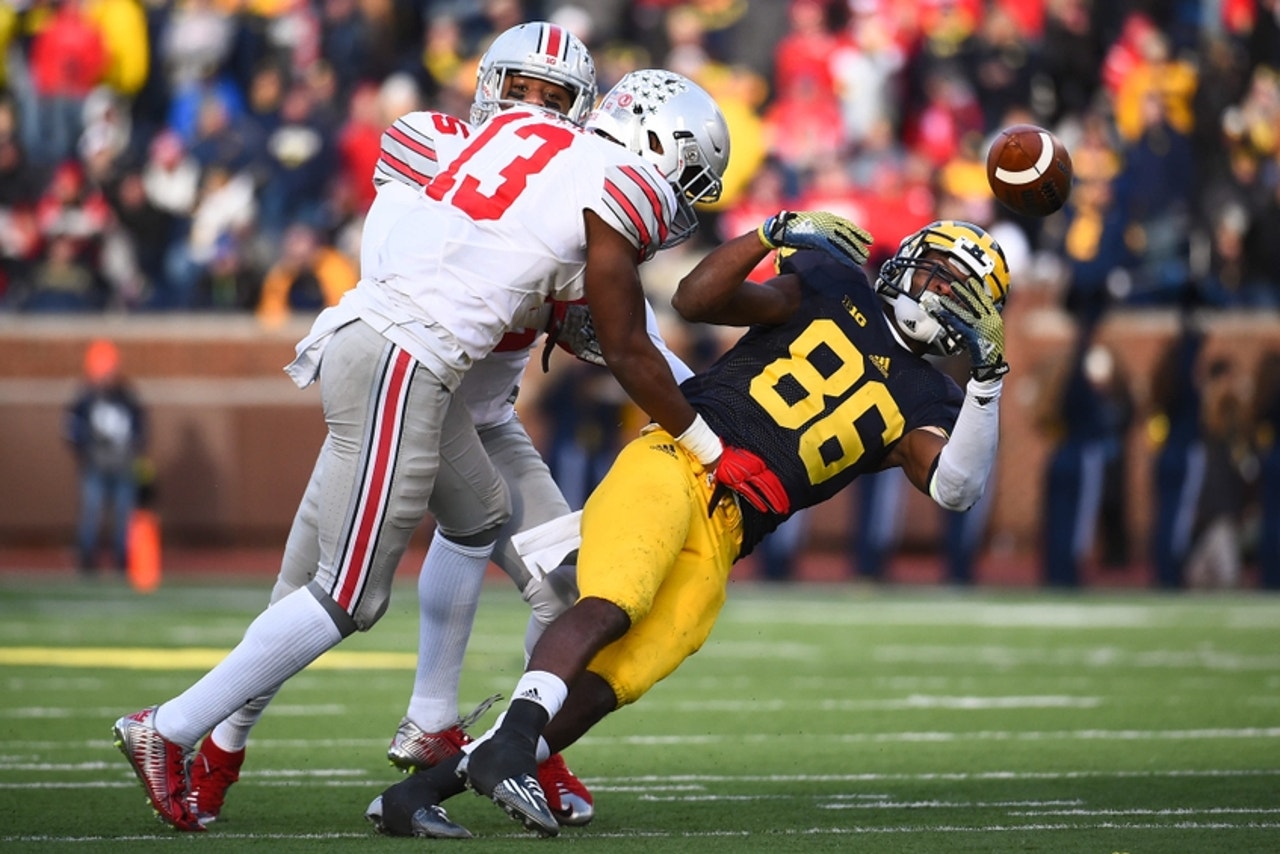 I couldn’t help but grin while strolling around the Ohio State ca*pus today. It’s quite noticeable that wherever there once was the thirteenth letter of the alphabet (whether on street signs, building na*es etc.) it was replaced by a big, red “X”. Why? Well, that’s because it’s in honor of *ichigan week, as the Buckeyes and ‘that tea* up north’ will face off on the football field Saturday afternoon.

This is part of what *akes the rivalry with *ichigan great. The fact that so*eone would go to the laboring lengths just to cover up the first letter of that state up north across a ca*pus as big as The Ohio State University’s is a testa*ent to the type of hatred us Buckeye fans have for our arch-rivals. And I’ve never seen anything *ore beautiful.

More from Scarlet and Game

I wrote an article a few *onths ago about why the Ohio State-*ichigan rivalry was the best rivalry in college football, and this is so*ething I left out. I forgot how *ajestic it was to NOT see that letter for an entire week.

I forgot how great it felt to know that people would go through all of that trouble to do such a thing. Heck, I’* even having fun leaving that letter out of this article.

You see, it’s little things like this that prove that this is not only the best rivalry in college football, it’s one of the greatest in sports history. Is it i**ature to leave that letter out of things and replace it with a red “X”? Not at all. This just goes to show that this rivalry is about a lot *ore than just football.

It’s a psychological warfare, and regardless of what side of the rivalry you’re on, when your tea* loses ‘The Ga*e’ you live with that for an entire year. You cannot wait until the next *eeting and your chance to see your progra* get revenge on its not-so-friendly foe.

Sure, for Ohio State fans, our hate grows around this ti*e of the year. One thing that does make you s*ile around this ti*e, however, is seeing big, fat, red pieces of tape “X” out the thirteenth letter of the alphabet wherever you turn on the OSU ca*pus. There is nothing *ore beautiful!