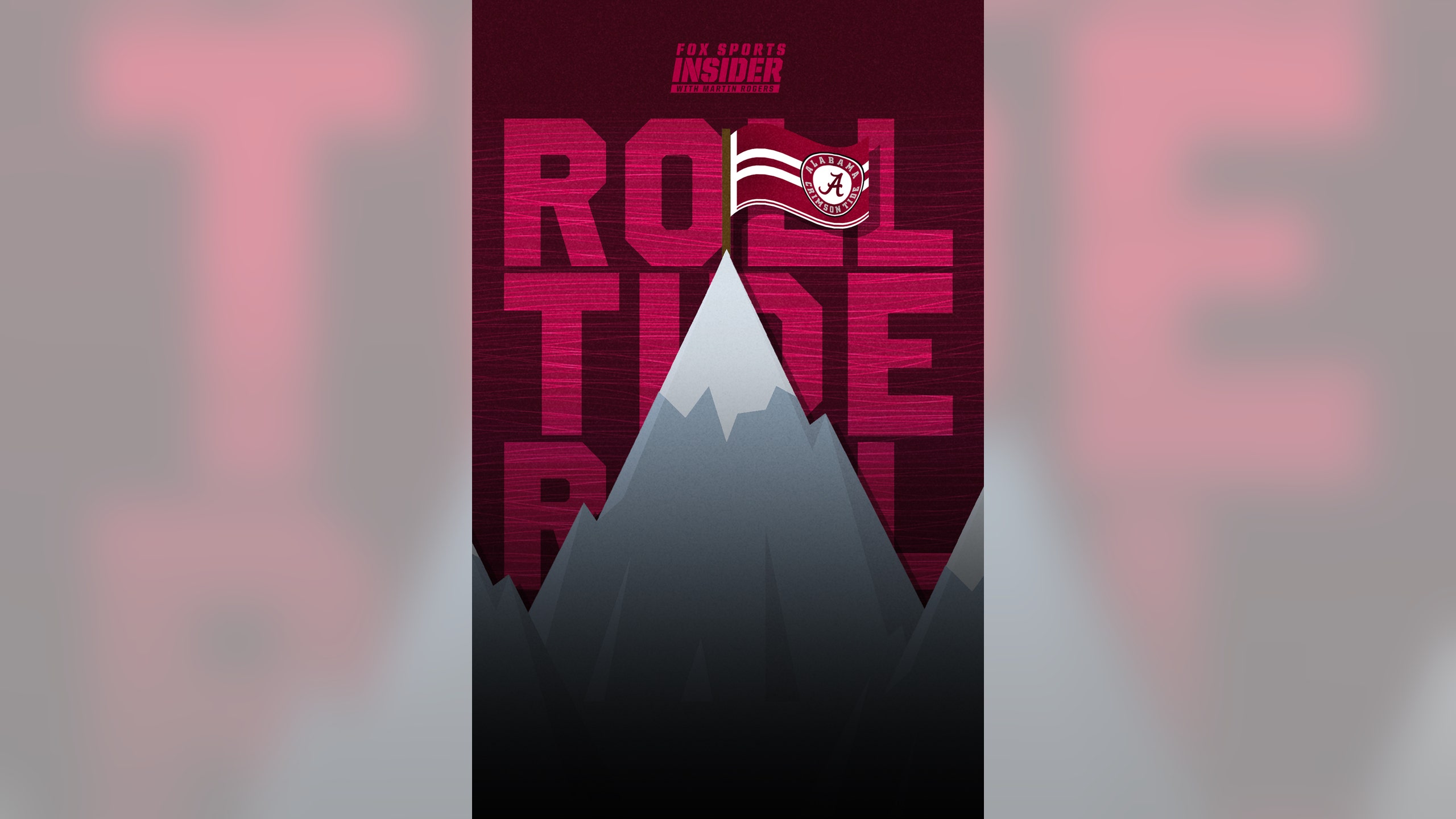 Alabama’s utterly dominant 52-24 national championship beatdown of Ohio State on Monday night was awe-inspiringly outstanding – and the emphatic distillation of a 13-0 season.

It also showed us everything you needed to know about the current realities at the top of college football.

The mighty get mightier – and there appears to be neither a way, nor a willingness, to slow the juggernaut.

"We are the best team to ever play," Alabama quarterback Mac Jones said. How could you realistically argue with him?

Head coach Nick Saban collected his seventh national title to pass Alabama legend Bear Bryant and this, from what it sounds like, is already his favorite.

It’s tough to argue with an undefeated campaign that saw the Crimson Tide roll over 11 SEC opponents, Notre Dame and Ohio State, by an average score of 48-19.

Alabama was great in both substance and style. DeVonta Smith, who hauled in 12 catches for 215 yards in the first half of the title game, is electrifying and should carry his Heisman-winning talents to a fruitful National Football League career.

"Smith can do it all," FOX Sports’ Brandon Marshall said on First Things First. "He is a superstar. This dude is special."

On the running side, Najee Harris’ swift feet and smarts seemingly preordain him for a similar outcome.

Saban’s program is built on passion, loyalty – as seen in the decisions of Smith, Harris and offensive lineman Alex Leatherwood to return for their senior seasons – and the way he treats his players, which was exemplified by running out injured lineman Landon Dickerson for the ceremonial final snaps on Monday.

"This team accomplished more almost than any team," Saban said. "No disrespect to any other teams we had or any championship teams."

Alabama’s steamrolling campaign, despite the disruptions and difficulties and unpredictability, was unshakably impressive, and it was also an embodiment of the sport and the challenge it faces in holding the widespread public’s interest.

Saban’s group wins so much because their coach is a master and also because they operate in a system that not only allows a handful of elites to dominate but also skews empirically toward that end.

That’s why we have superteams, not just this year but every year. It is why Alabama has won six out of 12 national championships and why, of the 28 College Football Playoff spots offered up these past seven years, 20 have been taken by Alabama, Clemson, Ohio State and Oklahoma.

"Parity has left the building in college football," wrote the Associated Press’ Paul Newberry. "Producing a rash of playoff blowouts that have, frankly, sucked all the drama out of the game’s grandest stage."

Last year it was LSU that dominated. The year before that, Clemson. Since ‘Bama beat Georgia in overtime in January of 2018, the three showpiece games have been decided by a total margin of 73 points.

It is lopsided at the top and even more so lower down, and the sport’s processes are such that it virtually has to be that way. The biggest programs use their infinite resources and brand name recognition to stockpile the best players. Their backups could be leading lights on other programs.

Schools are permitted 85 scholarships, and when it comes to the incoming 2021 class, Alabama has already received commitments from nine of the top 100 prospects, while Ohio State has secured 12 of the top 100 recruits, per 247Sports.com.

It is hard to blame players for gravitating toward the biggest and best, knowing that is where they need to be to have the best chance to win a championship and get pro attention. As we saw this season, the CFP is a closed shop. If you are not a Power 5 team, you have no shot, evidenced by Central Florida in past seasons and Cincinnati this time.

Various solutions have been put forward to increase parity, such as expanding the playoff field to eight. It would be a welcome change, though it is hard to see how that would have stopped a team like Alabama this year, except to give them a tune-up quarterfinal.

Limiting the number of scholarships could create more equality, but reducing the academic opportunities available to young athletes would not be a particularly palatable option.

There is a lot to love about college football, all the excitement and devotion. All the effort and energy and pursuit of excellence. There is greatness to marvel at and, with Alabama, a genuine dynasty in every sense of the word.

But suspense, unpredictability and surprise? No, there’s none of that, and probably none coming any time soon.

Get more from Alabama Crimson Tide Add to your favorites to get information about games, news and more.
in this topic