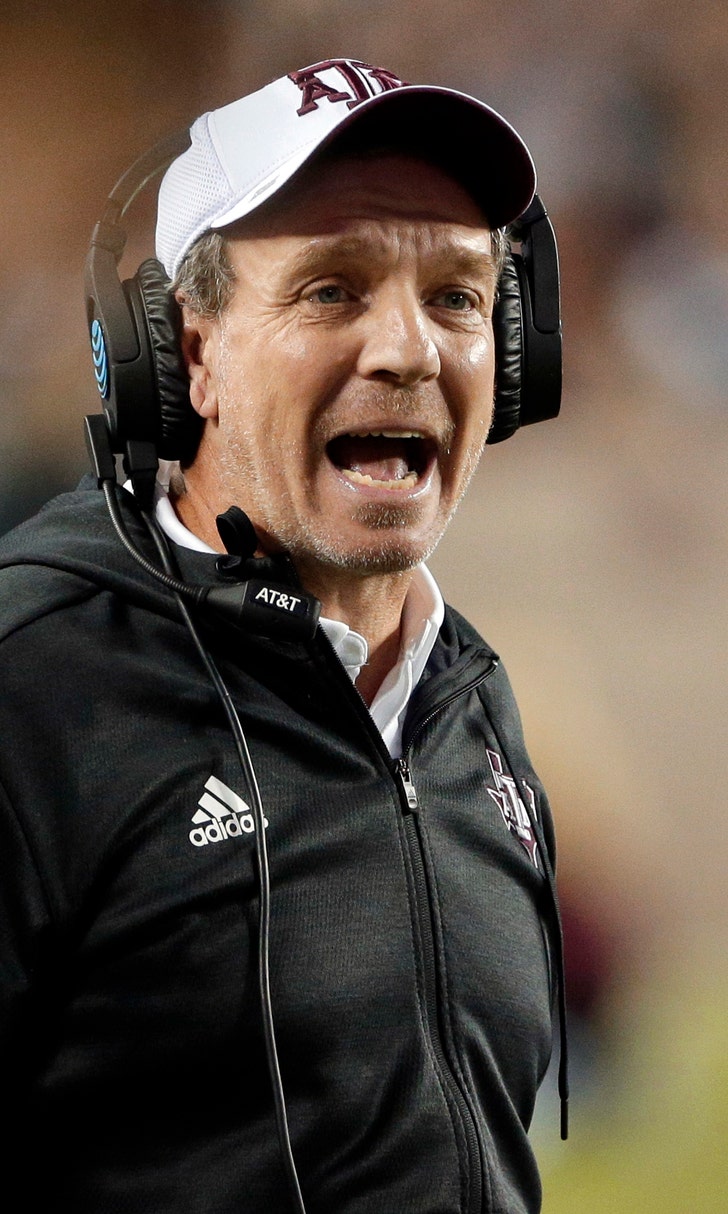 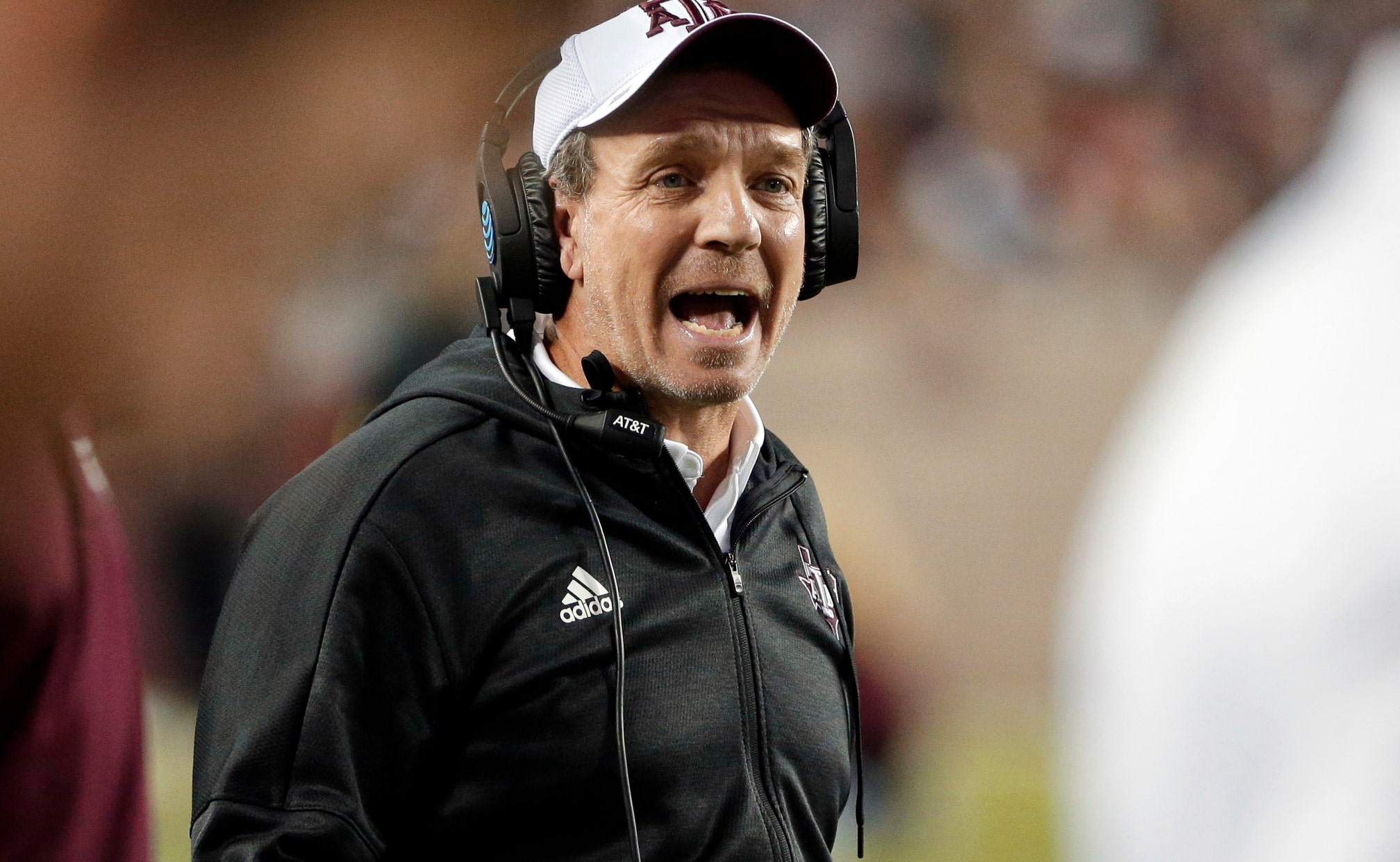 JACKSONVILLE, Fla. (AP) — Texas A&M coach Jimbo Fisher has dozens of players on his roster without a bowl victory.

Most of them, actually.

Fisher has a chance in his first season with the Aggies to show many of them what it's like to end the year celebrating on the field with a trophy. No. 21 Texas A&M (8-4) will try to end a three-game bowl losing streak when it plays North Carolina State (9-3) in the Gator Bowl on Monday night.

"I want one," senior defensive lineman Landis Durham said. "I've been saying since before we came here, I feel like everybody deserves to experience a bowl win in their college football career. I'm trying to get mine."

The Aggies likely will rely heavily on running back Trayveon Williams, who has been on a tear during the team's three-game winning streak. A junior expected to leave school early and enter the NFL draft, Williams had 593 yards rushing and five touchdowns in wins against Mississippi, UAB and LSU.

Williams leads the Southeastern Conference with 1,524 yards on the ground in 2018, leaving him 169 yards shy of Darren Lewis' school record set in 1988.

"I couldn't lie and say it's not important," Williams said. "When we first come here as a student-athlete, as a player, you want to set your mark on the program. Most importantly, we want to get this win.

The Wolfpack made a bowl for the seventh time in Doeren's eight seasons, including five in a row. They are looking for the program's first three-game winning streak in postseason play and have a chance to end the year with four consecutive victories. They also can notch double-digit wins for the second time in school history (2002).

But NC State will be without two of its best players against the Aggies. Junior receiver Kelvin Harmon, who leads the Atlantic Coast Conference with 1,186 yards receiving, and senior linebacker Germaine Pratt, who led the team in tackles (104) and tackles for loss (10 1/2), are skipping the bowl to protect their NFL draft stock.

"As much as we miss Kelvin, wish he was here playing with us, we're ready to roll with these guys," said Finley, who looks to strengthen his draft stock.

Brock Miller will fill in for Pratt. Miller started in place of Pratt against North Carolina last month and notched a career-high six tackles.

"It's no different than anything else, in my opinion," Doeren said. "You worry about who you got instead of who you don't. That's kind of what we're doing."

Here are some other things to know about the Gator Bowl, which is sponsored by TaxSlayer:

NC State likes its chances against Williams. The Wolfpack rank 13th in the nation against the run, allowing 109.1 yards a game.

"The games where they've struggled are the games that back hasn't gone off, so we know that," Doeren said. "We have a challenge in order to make that happen."

Texas A&M is the only team in the country to play both national championship finalists Alabama and Clemson this season, and Fisher expects "another classic game that comes down to the wire."

"The new quarterback that Clemson has, they got the ability to get the ball vertical, make plays down the field," he said. "You don't think a big guy at Clemson can run a lot better than you think he can? Alabama is so dynamic, big, it's hard to run the football on them.

"You turn around, Alabama on offense, they're just as dynamic."

The Aggies will wear tribute helmet decals to honor the memory of late president George H.W. Bush, whose Presidential Library is located on the Texas A&M campus.

Indiana Stuns Penn State Amid Controversy
Did he make it? Should it have been overturned? Twitter had plenty to say about the controversial victory vs. Penn State.
1 hour ago

College Football's Top Plays: Week 8
From Indiana's stunning win to Ohio State's dominance, check out the best moments from the biggest Saturday so far!
3 hours ago

Buckeyes Dominate in Debut
Justin Fields and Ohio State found their footing in the second half en route to a demolition of Nebraska on Saturday.
10 hours ago

Rolling Over the Defense
After a dominant performance in a win over Georgia, Reggie Bush named Alabama's DeVonta Smith his 'Playmaker of the Week.'
1 day ago
those were the latest stories
Want to see more?
View All Stories
Fox Sports™ and © 2020 Fox Media LLC and Fox Sports Interactive Media, LLC. All rights reserved. Use of this website (including any and all parts and components) constitutes your acceptance of these Terms of Use and Updated Privacy Policy. Advertising Choices. Do Not Sell my Personal Info