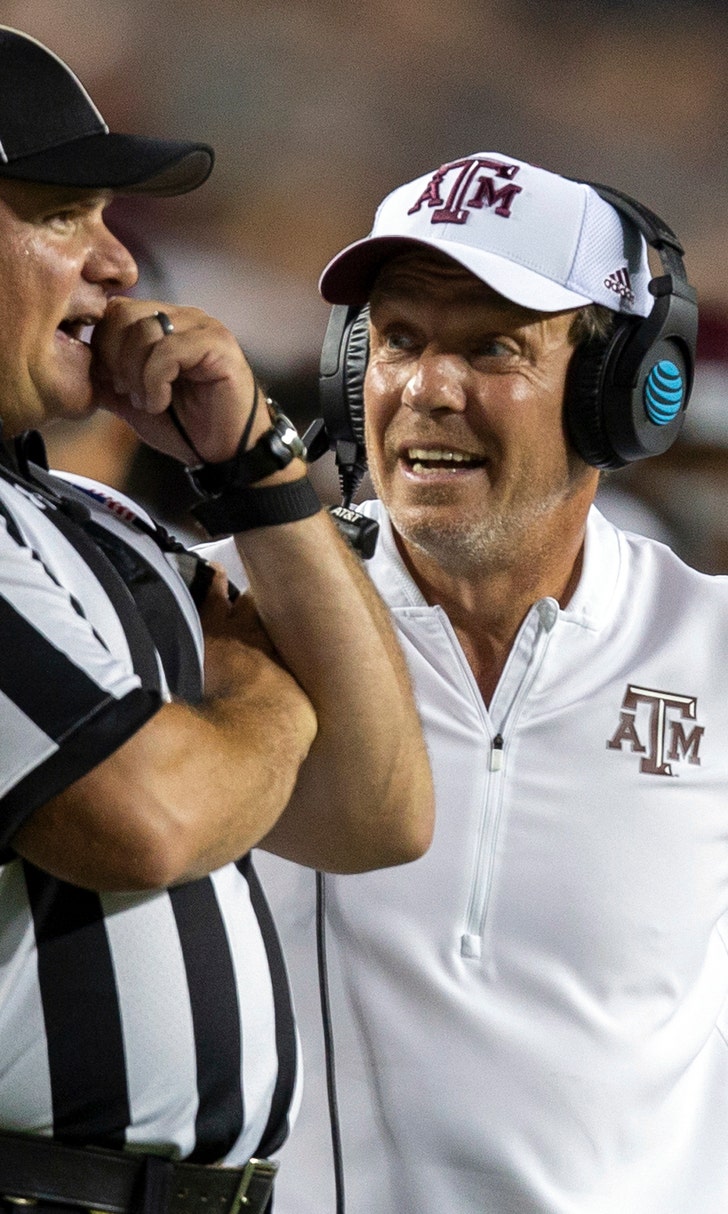 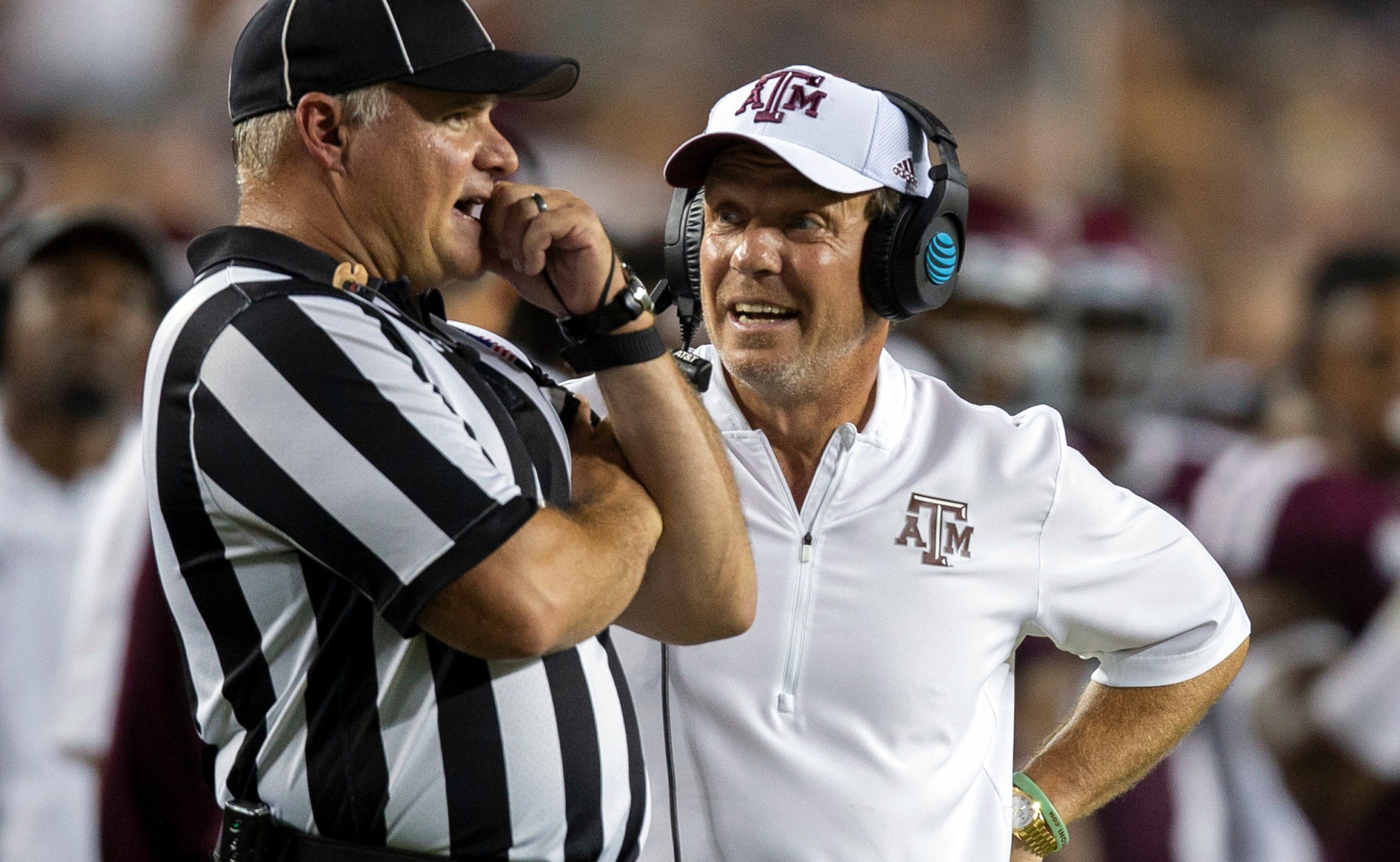 ARLINGTON, Texas (AP) — Texas A&M has already played — and lost — to No. 1 and No. 2 in the opening month of coach Jimbo Fisher's first season.

Still, maybe there is something that the Aggies can take out of those games against potential playoff teams.

"I think from a psychological standpoint it does (benefit us) because those are two teams that have been as successful as anyone in college football," Fisher said. "You know you can score against guys. You know you can compete against guys and now you have to translate that into understanding how to win. That's the next step."

The Aggies (2-2, 0-1 SEC), coming off a loss to top-ranked Alabama, travel to North Texas for their annual neutral-site meeting against Arkansas (1-3, 0-1). They play Saturday in the home stadium of the NFL's Dallas Cowboys owned by Jerry Jones, a team captain for the undefeated 1964 Razorbacks team.

Alabama scored a touchdown in the game's opening minute last Saturday, then had 10 points in the final 69 seconds of the first half for a 21-13 lead on the way to a 45-23 victory . Two weeks earlier at home, the Aggies missed on a 2-point try in the final minute of a 28-26 loss to then-No. 2 Clemson.

"I'm not happy at all," Fisher said. "But I'm not discouraged, and I am encouraged about the way we play. I just hope we can learn from this situation."

Arkansas coach Chad Morris, a Texas A&M alumnus who didn't play football for the Aggies, has similar feelings about his new team.

The Razorbacks are coming off a 34-3 loss at Auburn, which had only 225 total yards of offense. The Tigers had a 96-yard kickoff return and a partially blocked punt that set up them up at the Arkansas 9 for another touchdown.

"Very proud of how our players continue to compete and battle," Morris said. "Make no mistake, losing is not accepted in this program. Nothing about it is accepted. There's no moral victories."

This will be the 75th meeting in the series that dates to 1903. Three of the last four meetings at AT&T Stadium have gone to overtime. Texas A&M has won all of them, part of its six-game winning streak in the series since the Aggies left the Big 12 and joined their former Southwest Conference rival in the SEC. Texas A&M won 50-43 last season, when the lead changed hands four times in the fourth quarter.

"It's definitely always a fun atmosphere to play in," said Aggies quarterback Kellen Mond, who threw for 216 yards and ran for 102 yards and two scores last year.

ON THE OTHER SIDE

New Arkansas defensive coordinator John Chavis had the same role at Texas A&M the past three seasons. He knows all too well about the Aggies offense that leads the SEC with 546 total yards per game.

"We're playing a very talented team. Probably six receivers that could play that can play anywhere in the country," Chavis said. "Quarterback, I think they've done a great job with the change in system. Giving him some things to do, he's a great runner. I think he rushed for 150 yards but he lost some in sacks, he's very capable of doing that. He's on track to be a 3,000-yard passer."

Arkansas leads the SEC in rushing defense , allowing only 88 yards per game. Texas A&M (92.5 ypg) is one of the other three league teams allowing less than 100 yards rushing per game.

The six-game winning streak by Texas A&M matches the longest in the series — the other was also by the Aggies, from 1938-43. ... This is the first time the Aggies face a former Texas A&M student as the opposing head coach since beating Phil Bennett-coached SMU in 2005. ... John Stephen Jones, the grandson of Cowboys owner Jerry Jones, is a freshman quarterback for the Razorbacks. He led Highland Park High School to back-to-back Texas Division I 5A state championships the past two years in games played at AT&T Stadium.